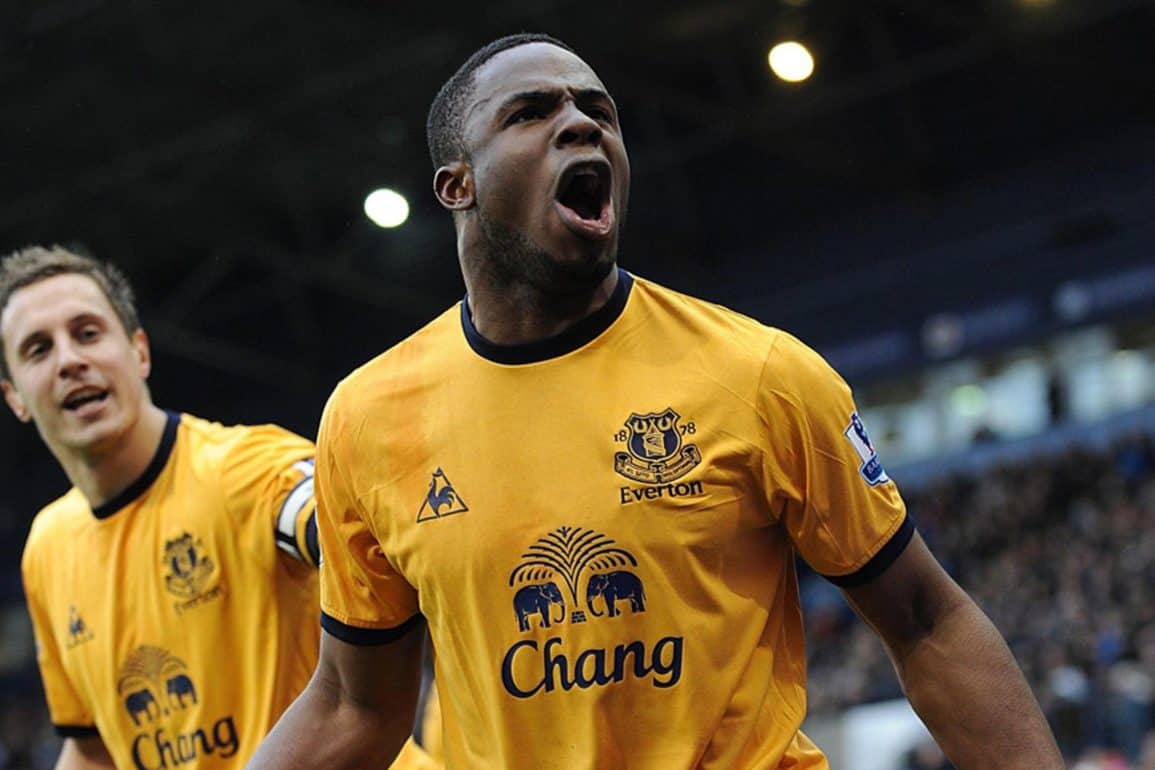 It’s amazing what happens when things are taken out of context.

The excruciating thing is that they both did exactly the same strange neck dance. Their actions before were different, the games themselves were utterly different, but that weird, spasmodic neck move? That was the same.

In both cases it was a dance borne from emotion shaved to the bone, they both looked like fish, slapping about on the deck, writhing for oxygen.

For a split second Arsenal‘s Michael Thomas and Everton’s Victor Anichebe shared the same space. Then just as quickly, they went their separate ways.

Watching Michael Thomas’ goal is always amazing. Real football has the ability to make Roy of the Rovers a dirge. Thomas won Arsenal the league in the dying embers of the last game of the season. Against their title rivals, and our perennial rivals. At Anfield.

After his unbelievable last ditch goal, Thomas rolls off in ecstasy,  a man in a barrel about to jump into a Niagara Falls of emotion. Thomas flits between circus cartwheels, and the mad uncontrollable palsy of freebased happiness. Towards the end of his Anfield petite mort he propels himself into the air seemingly using his neck alone, a mad move completely anaesthetised by his joy.

The evil twin of the Michael Thomas’ wonder goal is Victor Anichebe’s injury. The backdrop itself couldn’t be more different. It is St James’ Park in a cold February, half time is looming. Slow “to me, to you” exchanges by midfield Sunday drivers are punctured by Vic Anichebe tracking back, winning the ball, and dribbling forward.

Kevin Nolan leaps feet first on Vic’s right shin, and the youngster writhes in pain, reprising Thomas’ neck spasm from twenty years earlier, this time not through joy, but pain. Vic pulls his entire body up with his neck like a huge twisted girder. Physio Mick Rathbone says the sheer size of Anichebe’s legs is what stopped the tackle from destroying his career, later the Nigerian describes it as the most painful experience of his life. Kevin Nolan is dismissed and apologises at half time.

The game is smeared with violence, we clash like police and thieves. Ameobi rams Tim Howard and the ball into the net, Rodwell is bullied and buffeted, and Anichebe is crippled. Our Spanish laureate Mikel Arteta (yes, we used to love him) is injured too, although not from blunt tackling, just from an awkward fall.

Michael Thomas took the ball on a crazed bumpy joy ride all the way to the back of the net, Anichebe’s career has been in purgatory ever since Kevin Nolan’s studs hit his shin. For a second though, they are removed from their context in the same neck propelled somersault, agony and ecstasy brought together.

A few days ago, Victor Anichebe was asked a silly question: “Would u sign for Everton if they went in for you?”

His answer? “I would run down the dock road naked.”

He doesn’t have to come back though. He doesn’t even have to be that good. He’s a blue though, just like me.