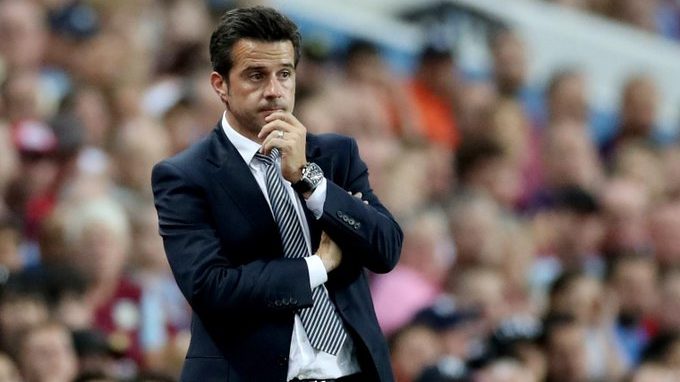 Marco Silva “We dominated the game”

Marco Silva was at a loss to explain how Everton lost 2-0 to Aston Villa.

Marco Silva: “It is really difficult to see how we can lose this game when we create so many chances to score. It is a tough place to play football.

“We started well and controlled the game with some dangerous moments around their box. The first time they went in our box they scored.

“We spoke during thew week that Villa like to play fast set-pieces and they did that we switched off. In the first moment it was 1-0. We react and had a clear chance with Dominic [Calvert-Lewin] to make it 1-1.

“In the second half it was more with our team in the middle and them with nine players around the box. Even then we created chances to change the result for us. We had the shot off the post and the clear chances with Theo [Walcott] and Lucas [Digne]. In my opinion we should achieve more in this game but if you don’t score from the chances you create.

“The most difficult thing is to create and when you do you have to put the ball in the net.

“It is concerning about the goals we didn’t score and of course we should score more. Against Palace we created lots of chances to score and didn’t and again today.

“We didn’t deserve the result in my opinion. We dominated the game, created more chances but we didn’t score and when you do that it is difficult to win a football match”