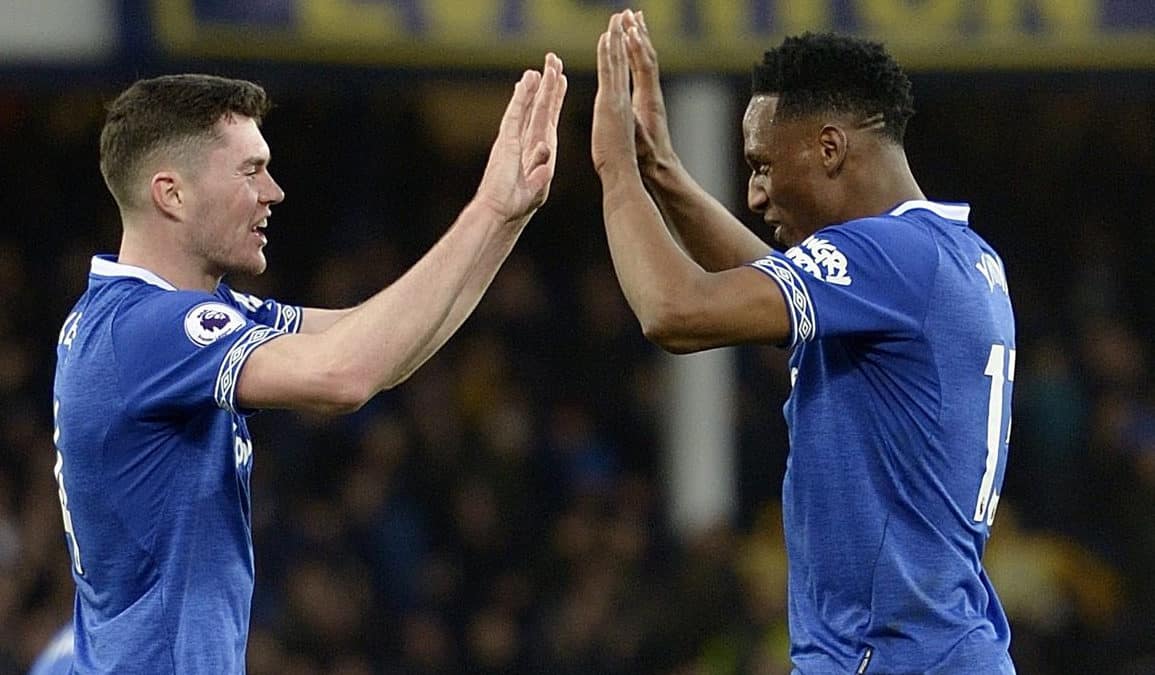 Case for the Defence

The start to the season has been gritty, functional and a little dull. There has been no flying out the traps as we witnessed in Silva’s first season, and there is a very reasonable argument that states the performances against Wolves and Southampton last season were better than the first two this season, though crucially they have warranted the same points total. This presents a very different challenge to Silva, though arguably an easier one for him to manage.

Few would have predicted 14 months or so ago that just over a year into Silva’s reign a column would be written eulogising the defensive organisation and expressing some concern over the attacking output. Perhaps this is down to some naivety  on behalf of the fanbase, who’s own experience of Iberian managers over recent years have been influenced by our own experience of trying (and failing) to recreate the football played by Barcelona over the past decade. While the argument that the Iberian background of Silva and Martinez linked them was relatively lazy and received some criticism it also held some sway and not without some evidence. Silva’s own swashbuckling Watford side bore more than a striking resemblance to Everton’s under Martinez. There was a fearlessness to how they played but also a recklessness that brought easy comparisons.

The truth about Silva goes far deeper. When listening to Ryan Mason, or Curtis Davies who played under him at Hull they emphasized the prevalence and centrality of defensive discipline he gave his teams. Hours were spent on the training pitch where the manager was seen as uniquely hands on in how he has organized the team structure. At Hull he would achieve cleans sheets at Old Trafford and in an impressive win against high flying Liverpool. More than that, at Sporting Lisbon and particularly Olympiakos defensive stability and pragmatism played more than a passing role in how he set his teams up. Winning, and consistently winning was the key goal, entertaining a very distinct 2nd. Silva is himself a product of a generation of Portuguese coaches who blend different football approaches to make football teams effective. As above the stereotype that all Iberian managers share philosophies is as lazy as it is inaccurate.

There was however an attempt to play with a degree of panache and attacking flair when he first arrived. From an attacking standpoint, Wolves, Bournemouth and Southampton were all fantastic displays. This approach broadly lasted until the first derby match, where defeat sent the team into a spiral which at one point threatened the viability of Silva as manager. In the intervening games between December and March Everton produced form that would have had them in the relegation zone and were dumped out of the FA Cup by Millwall in shambolic fashion.

For Silva that game appeared to present something of an epiphany. In part there was a realization that the team and players he had available to him may not have been as advanced as he might have liked. There was also some realization setting in that even though you may be trying to transition playing styles, inheriting a squad that was unbalanced from it’s previous two managers recruitment and were playing the youngest team in the league, little sympathy was given for this when most weeks sloppy defensive displays looked to cost the team crucial points. Around this time owner Farhad Moshiri would note 11th was  not good enough and we needed to do better. Fortunately for Silva we will never know if an 11th place finish would have been enough for him to keep his job.

The international break undoubtedly came at the right moment for Silva. He had a 17 day window to rectify some of the difficulties. While it could be argued the first derby game derailed the season and his wider project, the 2nd derby game gave it a re-birth. Everton are yet to lose, or even concede at Goodison since that game. When away games are factored in there is an impressive record of 10 clean sheets in 13 games, with 9 wins within that time frame. They have picked up 25 points in that space. Before Manchester City took the domestic game to a new level, this would be form that would have you right in the mix to win the league and is at the very least enough to finish 3rd.

What is quite unusual is watching this team, you do not get the sense you are watching a side performing to that level over what is now a prolonged period of games. This may well be a negative and there may just be some good fortune within this period but it has presented Silva a base to build forward upon.

The changes were not overwhelming between before or after the derby game. The first was that Tom Davies hasn’t started a game for Everton in that time. In pre-season there was much talk of him being utilized further up the pitch (even as a 10). This feels different to how he appeared to be used earlier into Silva’s time at the club where attempts looked to be made to mould him into a sitting midfield player. It could well be that Silva has decided he doesn’t have the time to dedicate to a young player in that role and if Davies is to get game time it will need to be further forward in front of a more consistent structure behind him.

The big beneficiary of this has been Morgan Schneiderlin. It was something of a controversial pick to reintroduce the player to the team. There is widespread frustration at his conduct and performance in his 2nd season at the club, and some will never forgive him of this. What cannot be doubted though, is when he is focused, happy and motivated he is a very effective midfield anchor who protects the defensive behind him. Since his reintroduction he has started 7 games and Everton have kept 6 clean sheets and picked up 13 points in the process. Again it’s easy to see why Silva likes the player so much. There was some suggestion that the defensive stability Everton enjoyed at the end of last season may disappear with Gana leaving though I’d suggest this potentially underestimates the role Schneiderlin played in the revival.

Interestingly within this time frame there have been 5 different defensive partnerships used namely; Keane and Zouma (6 games 3 conceded), Keane & Mina (3 games 0 goals), Jagielka & Zouma (2 games 2 goals), Mina & Zouma (1 games 2 goals) & Jagielka & Keane (1 game 0 goals). To me a conclusion to be drawn that without the Keane & Zouma partnership the defensive stability would fall apart is not backed up by the evidence of the period. We have achieved enormous defensive stability in spite of a settled back 2.

To me the improved defensive performance has been mostly about team structure and approach from the management. This is not to downplay the significance and performance last season of Kurt Zouma who remains a very good defender but there has to be some consideration to the idea that we may well have made him look better as opposed to the opposite. My own view is that Mina is our number 1 defender and if he is allowed to have a consistent run in the team he will show that he is a cut above Keane and Zouma and potentially one of the leading centre halves in the league with the power, pace, physicality and size he brings to the role. The big positive from the first 2 games is there appears to be an initial bond developing with Keane next to him and the beginnings of a partnership. Given the scarcity of options in that position there is a big opportunity for them both to solidify a partnership up until January. The big hope for Silva must be that neither of these players gets injured.

Going forward the challenge for Silva, alongside maintaining the defensive stability is to integrate and improve the attacking performance. The introduction of both Moise Kean and Alex Iwobi give Everton great potential to do this as the season goes on. More is also required from Bernard, Calvert Lewin and to a degree Theo Walcott & Andre Gomes who are more familiar with the managers methods. When compared to the 13 games that proceeded the Cardiff turnaround match, Everton had scored 17 and conceded 23. Attacking output has only marginally improved to 19 from 17 while defensive stability has sharply declined from 23 to 7. As the team evolves that will be the big challenge for Silva as the season progresses and the integration of the new players will be a key factor in this.