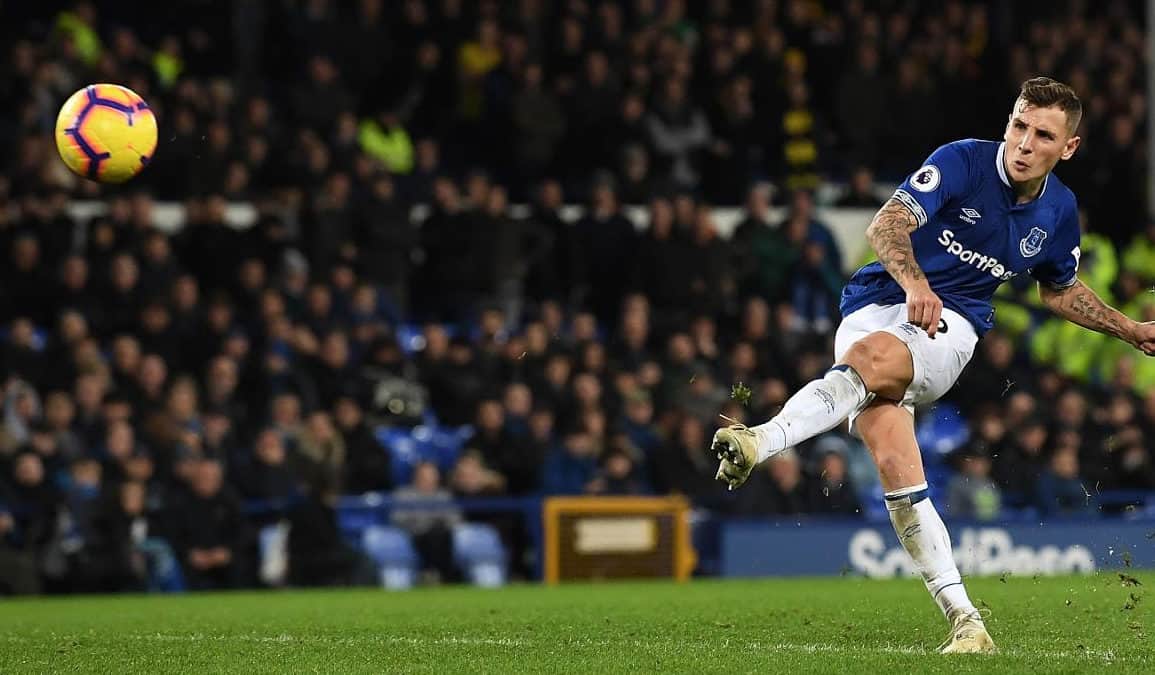 Lucas Digne On ‘the best personal moment in my career’

Lucas Digne considers his stoppage-time equaliser against Watford last season as the best personal moment in his career.

Lucas Digne’s stoppage-time pinpoint 20-yard free-kick earned Everton a dramatic 2-2 draw against Watford at Goodison Park and although the left-back admitted disappointment with the result, he considers his first goal at Goodison in front of the Gwladys street the best personal moment of his career.

Lucas Digne: “It was the best personal moment in my career. It was my first goal at Goodison.

“It was mixed [emotions] because I was disappointed with the result. But I was so happy with the goal.”

Speaking to Sky Sports, Lucas Digne also shared his belief that Everton are building something special and thinks we’re capable of doing ‘something’ this year.

“We have a big ambition this year. We are building something.

“We started last year with some new players and now we [also] have [more] new players coming in. They help us.

“We are building something to be better and better. I think we can do something this year.”

“Every time the team changes and it is good for competition. They put a lot of competition inside the team. And we can do better with them.

“When you look at last season, we finished well and we played well against the biggest teams.

“I think we can do something this year. If we start better than last year maybe we can finish up.”