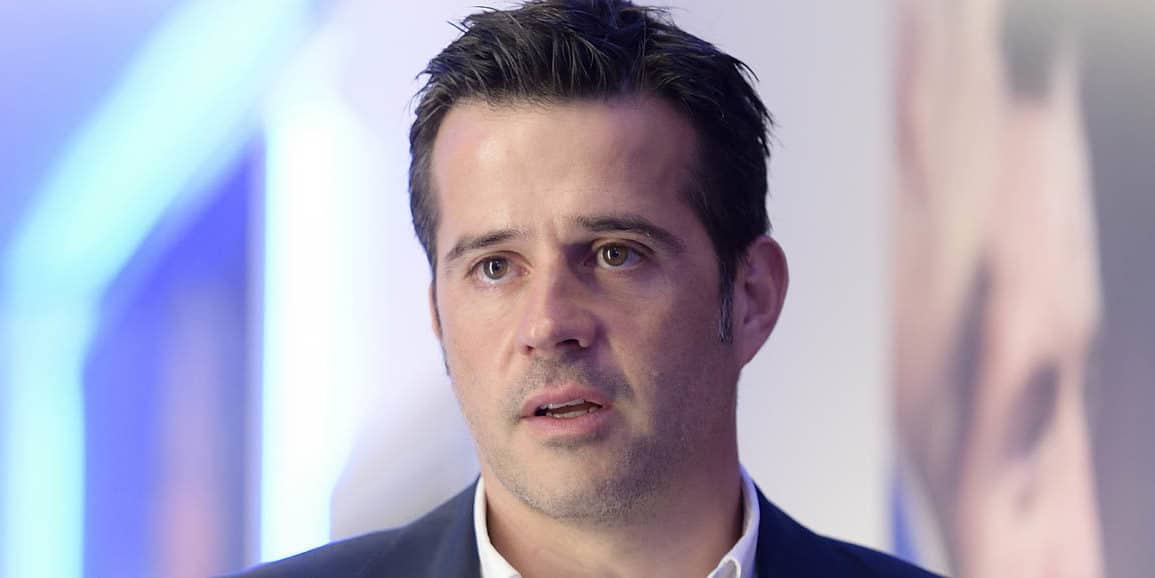 FAN OPINION: Should the club wave goodbye to Marco Silva?

Everton are only 9 months into the Silva era, having appointed the former Watford boss following the sacking of Sam Allardyce last summer.

But pressure is mounting on the Portuguese, whose side have lost 7 of their past 10 games in all competitions, creating uproar from all Evertonians.

Agonising defeat at Anfield, suffered in the 96th minute, after Everton had matched Liverpool for clear-cut chances, has sparked a run of dismal form.

Everton’s last defeat came on Saturday, as Andre Gray’s second-half strike secured all three points for Watford at Vicarage Road, leading to some sections of the Goodison Park faithful giving up hope as the Toffees sit ninth in the Premier League table. In points terms, Everton are closer to the bottom three than the top six.

Everton have yet to win a league game after going behind, losing 11 of 13 after conceding first. The Toffees have also lost 7 of their last 11 Premier League away games, and it has been three consecutive league games without a win for the first time since January 2018.

Ask any Everton supporter for the root cause of Everton’s poor performance and sit back as they grow increasingly angry about defensive indiscipline.

There are many managers, however, who could be possible replacements for Marco Silva which consist of Mikel Arteta, David Wagner and Marcelo Bielsa to name a few.

As reported by the Daily Express, Bielsa is on the shortlist that has been drawn up thanks to his impressive stint in the dugout at Elland Road.

Bielsa has guided Leeds United to the top of the Championship table, with plenty of fans anticipating a long-awaited return to the Premier League.

Who would you want as a possible successor? Should the club wave goodbye to Silva? 68% on the GrandOldTeam forum think so.

Next up for Everton is a trip to Wales to face Neil Warnock’s resurgent Cardiff side, who beat Southampton 2-1 on Saturday.