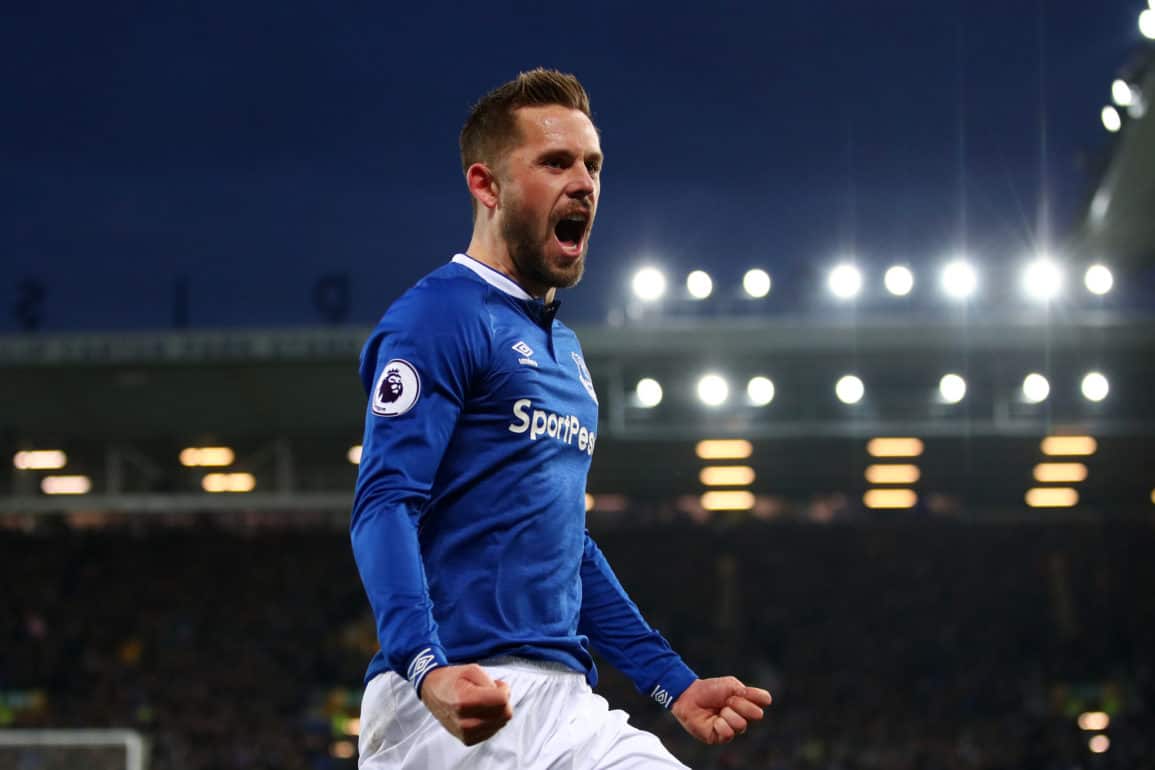 Gylfi Sigurdsson put the taunts of the Cardiff fans right out of his head with a masterful midfield display, ably supported by both Andre Gomes and Idrissa Gana Gueye, and secure victory with an ice cool finish just before the hour mark.

With a two week break due to the internationals, Everton and Marco Silva were grateful as it provided sufficient time for Andre Gomes and Gylfi Sigurdsson to recover from minor injury concerns in time for this clash with newly promoted Cardiff.

Ademola Lookman returned from international duty with a knock, but Marco was able to confirm in his Friday press gathering that Lookman was fit and available for selection as well.

With Kurt Zouma available again after the enforced absence against Chelsea, our Portuguese supremo had the best headache of all, a full squad to select his team and bench from, eventually opting to name: Pickford, Digne, Mina, Keane, Coleman (c), Gana Gueye, Gomes, Sigurdsson, Walcott, Bernard and Richarlison.

Opponents Cardiff have found life in the top flight difficult to adjust to but under the guidance of the experienced and wily Neil Warnock, the Bluebirds are beginning to settle and were no doubt planning to frustrate Everton.

With only two goals scored and one point gained on their away day travels so far, and 92 years since Cardiff last won at Goodison, they were looking for Warnock to work some magic to maintain his personal three game winning streak against the Toffees. He selected his team: Etheridge, Manga, Morrison (c), Bamba, Cunningham, Ralls, Camarasa, Gunnarsson, Arter, Harris and Paterson.

Our referee was Paul Tierney.

This opening 45 minutes was one of almost total domination by Everton and how it remained scoreless at the break was due to some resolute defending by the visitors and a slightly disturbing lack of a killer finish from Everton.

A bright opening saw the Blues playing at a good pace and looking to stretch Cardiff right from the off. Everton won the first of their three corners on 8 minutes, but Michael Keanes’ header was easily dealt with.

A nice move down the right saw Walcott and Coleman combine for Gana Gueye to cross, but it was hurried and easily cleared.

A lovely sweeping move from right to left ended with Bernard crossing but again, no Everton player could get on the end of it.

A mistake by Yerry Mina allowed Paterson in but he fired his shot well wife of the far post. The 18th minute saw the Blues put together a one touch passing move of real quality with Coleman again on the end to cross too strongly.

Everton were in almost total control, dominating the possession but not making enough of this advantage. The third corner on 28 minutes was sent near post for Mina with Cardiff scrambling clear and Gomes collecting and getting into the box to shoot into the side netting.

On the half hour, Keane fed Sigurdsson for a delicious turn that left Uncle Albert lookalike Gunnarsson on the seat of his pants, but again, his ball for Richarlison was too strong.

On another rare push forward by Cardiff, Mina was cool and calm in shepherding Paterson off the ball only to get involved in some silly afters that saw the referee have a word.

Everton were still seeking the breakthrough and a free kick for a push on ?Walcott saw Sigurdsson find Richarlison for a free header that Etheridge gathered easily. The Cardiff goalie was soon shown a yellow card for time wasting at a goal kick and in added on time, Lucas Digne went down in the area, but half hearted penalty appeals were waved away.

Everton were straight back on the offensive at the start of the second half with another fine move involving Gomes, Bernard and Richarlison ending with Sigurdsson curling his shot over from the edge of the area.

And the pressure was maintained as Pickford launched the next attack finding Mina who linked with Bernard, the Brazilian played in Sigurdsson to round the advancing goalie only for his shot to be cleared off the line.

The Icelander, being taunted all game by the Cardiff fans, wasn’t to be denied and on 59 minutes it was he who coolly slotted the Blues in front after Etheridge could only parry a Walcott shot into his path.

An ugly collision between Harris and Pickford saw the Cardiff player rightly booked and subsequently substituted on 66 minutes by Murphy.

It was the 71st minute before Jordan Pickford made his first save, diving to turn a Camarasa shot away for an easily defended corner. Ademola Lookman replaced Theo Walcott moments later with Cardiff sending Hoilett on for Arter.

Everton were pressing for the second and made another change with Cenk Tosun coming on for Bernard who got a standing ovation for his efforts.

Cunningham went down in the Everton area, no penalty or booking for diving was awarded while Seamus Coleman gave him an earful.

Everton were unlucky not to double their lead as Tosun found Coleman out wide and his cross was cleared to Lookman who danced passed two defenders before Etheridge turned his shot away for a corner.

Into the dying stages and both Richarlison and then Tosun fluffed good chances, the latter on a sweet unselfish pass from Lookman.

Cardiff were now huffing and puffing for a late, thoroughly undeserved equaliser and in added on time, Kurt Zouma replaced Gylfi Sigurdsson to shore up the defence.

And it was a telling block by Zouma on a short range effort from Murphy that saw the Blues survive a frenetic final five minutes and earn three more hard-earned, but thoroughly deserved points.