Despite starting his role as Director of Football under a week ago, it already feels as if Marcel Brands has done, and said, more than Steve Walsh did in two years at the Toffees.

His early impressions show how vital it was for Farhad Moshiri to get this appointment right, as it was clear that Walsh was always out of his depth in a job he’d never done before.

Walsh was a scout at Leicester City, but was drafted into a very unfamiliar and vital role at Goodison Park whereas Brands has 20 years of experience in the role – dating back to 1998 when he was at RKC Waalwijk. 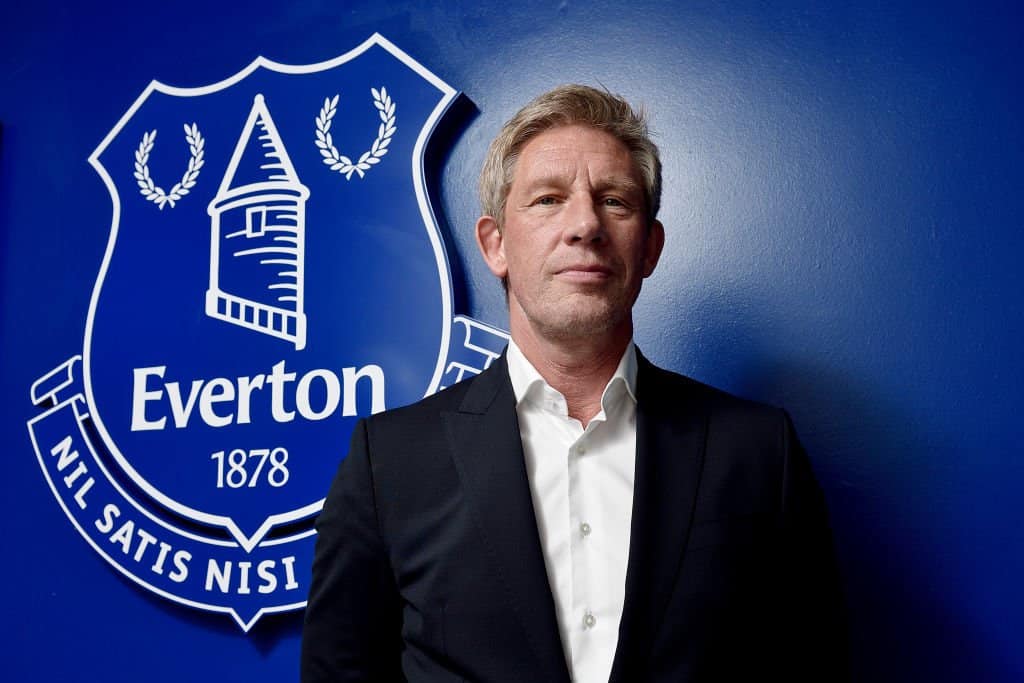 In his first press conference, the Dutchman explained how he wants to cut down Everton’s overcrowded squad before making any additions, with as many as 12 first team players set to leave the football club.

After last summer’s horror show in the market orchestrated by Walsh and Ronald Koeman, Brands has assured fans the club won’t be involved in even more reckless spending this time around.

Of the £150+ million that was spent over the past 12 months, Jordan Pickford, Cenk Tosun and Theo Walcott have proved to be the only relative success stories.

With numerous flops taking home figures north of £100,000-a-week it is no surprise why the books must be balanced for new recruits, rather than the ‘sell to buy’ line media outlets are trying to peddle.

Several members of David Unsworth’s under-23 squad are set to be offloaded this summer, such as Luke Garbutt, Brendan Galloway, Tyias Browning and Mathew Pennington, who are all attracting interest from numerous Championship outfits. David Henen and Shani Tarashaj are also due to depart.

Wayne Rooney’s proposed move to MLS is getting ever closer, freeing up a massive wage packet out £180,000 per week.

Ashley Williams’ underwhelming two-year stint at Everton could be set for an end and Joel Robles’ contract expires next month.

Morgan Schneiderlin, another player on massive wages, wants to leave the club.

Yannick Bolasie is drawing attention from Premier League clubs, Kevin Mirallas is being linked with a move back to his native Belgium, Ramiro Funes Mori looks to be moving back to Argentina whereas Davy Klaassen is wanted by Besiktas and an array of Dutch clubs.

Oumar Niasse’s whole time at Everton has been plagued by transfer rumours, and this summer is the same – with the Senegalese attacker wanted by Turkish giants Galatasaray.

RB Leipzig want to turn Ademola Lookman’s loan into a permanent one and the same applies with Sandro Ramirez and Sevilla.

Brands and Silva were not giving much away in terms of incomings, despite being questioned about William Carvalho, Richarlison, Jamaal Lascelles and Hirving Lozano, the pair brushed the talk off with all eyes on outgoings – for now.