We need an ‘Inchy’ moment…

Throughout our storied history, Everton Football Club has had highs and lows, trophies and barren periods but every so often the footballing Gods have smiled on us and thrown us a lifeline.

Cast your mind back to a cold Wednesday evening in January 1984. The Blues had travelled south for a League Cup quarter-final tie against Oxford United of the then Second Division at the Manor Ground.

Everton, with former Holy Trinity star Howard Kendall feeling pressure for a somewhat wavering season, were trailing to a Bobby McDonald second half strike and with not much going their way. With less than ten minutes to play, a long punt upfield from Neville Southall fell at the feet of Oxford midfielder Kevin Brock and under pressure from Peter Reid, he wrote himself into Everton folk lore and history with a memorably woeful backpass.

Brock, hurried by Reid into turning back towards his own goal, didn’t see Adrian ‘Inchy’ Heath lurking on the shoulder of the last defender and compounded his decision to play the backpass by aiming it toward the middle of the penalty area. Inchy was like quicksilver in racing into the space, to take the ball around the advancing goalie Hardwick and score into the unguarded net. 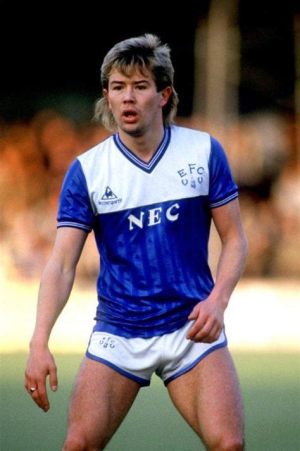 Everton returned home grateful for the calamitous Brock error, the replay was won and Everton went all the way to the final only to lose in the Maine Road replay to Liverpool. But that ‘Inchy’ moment turned the fortunes of the club for what became the most glorious period in the clubs post-war history.

For four seasons under Howard Kendall, the football was outstanding and the trophies flowed in, only the over-reaction by Margaret Thatcher in demanding all English clubs be banned from European competition following the Heysel disaster prevented Kendall from leading Everton to what many fully expected to be a European Cup triumph, such was the regard the 84-85 title and Cup Winners Cup winning side was held. 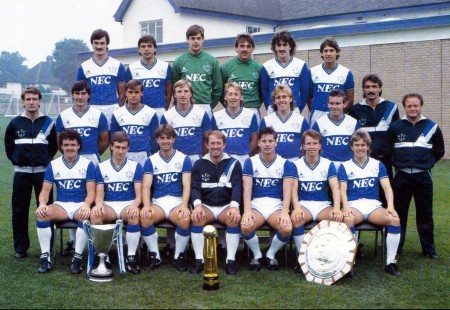 It’s now twenty three years since we last celebrated silverware and if that isn’t bad enough, the last four seasons have seen the club stumble, seemingly aimlessly at times from it’s highest points total since the formation of the Premier League to the ignominy we now face. 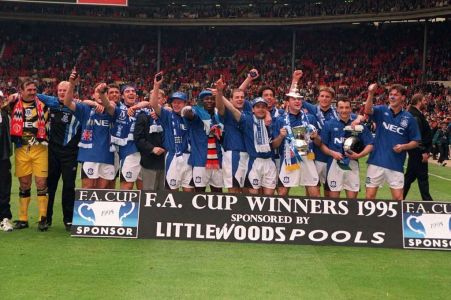 We have a major shareholder, Farhad Moshiri, who doesn’t “want the club to be a museum, we have to win,” but whose tenure so far, whilst promising on a new stadium front, has seen on-field fortunes collapse like the proverbial deck of cards.

We have a Board of Directors that includes a CEO widely reported to be about to leave, and a Chairman and Deputy Chairman awaiting their shareholding to bought out by Moshiri.

We have a large, expensive squad, partially assembled by a scout masquerading as a Director of Football, managed by arguably by the most unpopular manager in the clubs history and playing some of the most turgid football of any Everton era.

If ever this football club needed an Inchy moment, it is now !!!

I woke up in a cold sweat this morning having dreamt what I can only hope is the unimaginable, the unthinkable, a nightmare scenario that nothing of the changes the overwhelming number of Evertonians desire will happen.

The boardroom will remain as is for next season, apart from the departure of Robert Elstone to Rugby League… leaving the club in effect rudderless. Under Elstone and the current board, the club could not unjustifiably be described as directionless, because nobody outside of the boardroom seems to have one single solitary clue as to what exactly the plan for the club is, if indeed there is one.

Unless an extremely determined and focussed CEO is appointed during the course of the summer, the club will almost inevitably continue to sail aimlessly. The club needs direction, it needs a CEO who can lead and inspire, a CEO with a proven track record of international business success, a CEO with a vision, a plan to grow the business in every area and the absolute resolve to see that plan and vision brought to fruition, reality, excellence and success in all areas.

The cold sweat nightmare was compounded by the imagery that the rumoured approach to Marcel Brands to leave PSV Eindhoven for Goodison fell by the wayside and Steve Walsh remains as Director of Football… rumoured approaches to various managers – Fonseca, Silva and maybe others – have all been blanked, cold-shouldered and utterly snubbed, leaving the club with no alternative than for Sam Allardyce to remain Everton manager at least till the end of his contract.

If that isn’t bad enough, it would leave us with a manager who patently doesn’t answer to the Director of Football. Nothing really new there I hear you say, Koeman didn’t answer to Walsh, why would Allardyce ?

My retort to that is this… in what other walk of life or business does a manager not report into a director ?

At Everton, it seems that it’s perfectly acceptable for a manager to either ignore or usurp the allegedly senior position. Koeman appeared to pay Walsh little more than lip service and Walsh sang the praises of Allardyce in helping him get the job last year, but without apparently suggesting or insisting that a normal structure of hierarchy be operated and adhered to.

Only last week, Sam Allardyce advised the pre-Newcastle press conference that in response to the club survey, he’d received an apology from the Chairman and that he had sought a meeting with Moshiri. In both instances, there was no mention of Walsh, because no such structure of hierarchy appears to exist.

And finally, the cold sweat flowed like Niagara at the realisation that all of the above leaves the club at its most unattractive to not only managers but players – who would want to sign for a club that’s directionless, poorly structured and managed to play football that is mind-numbingly boring and tedious ? 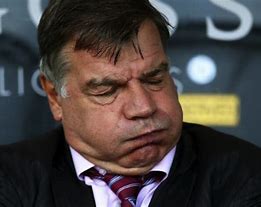 Our better players will want to leave, our younger players will lose heart, our aging, slowing players will just get older and slower, and then Kevin Mirallas will return from Greece no doubt petulant and sulking.

If ever Everton Football Club need something to end this nightmare scenario, something like a misplaced Kevin Brock backpass and an Inchy moment, by God, it is now !!