Champions elect Manchester City make the trip across the M62 to Goodison Park as Pep Guardiola looks to get his first win over Everton on what will be his fourth attempt.

The runaway leaders need just two wins to seal their third Premier League crown and a victory could see them crowned champions with a win over Manchester United a week later.

City have a massive Champions League quarter final tie at Anfield during the week, so it is unclear whether Guardiola will be resting key figures in Saturday’s late kick off at Goodison.

Despite the Blues’ horror campaign, they are one of only four sides to take points off the Citizens after August’s 1-1 draw at the Etihad. 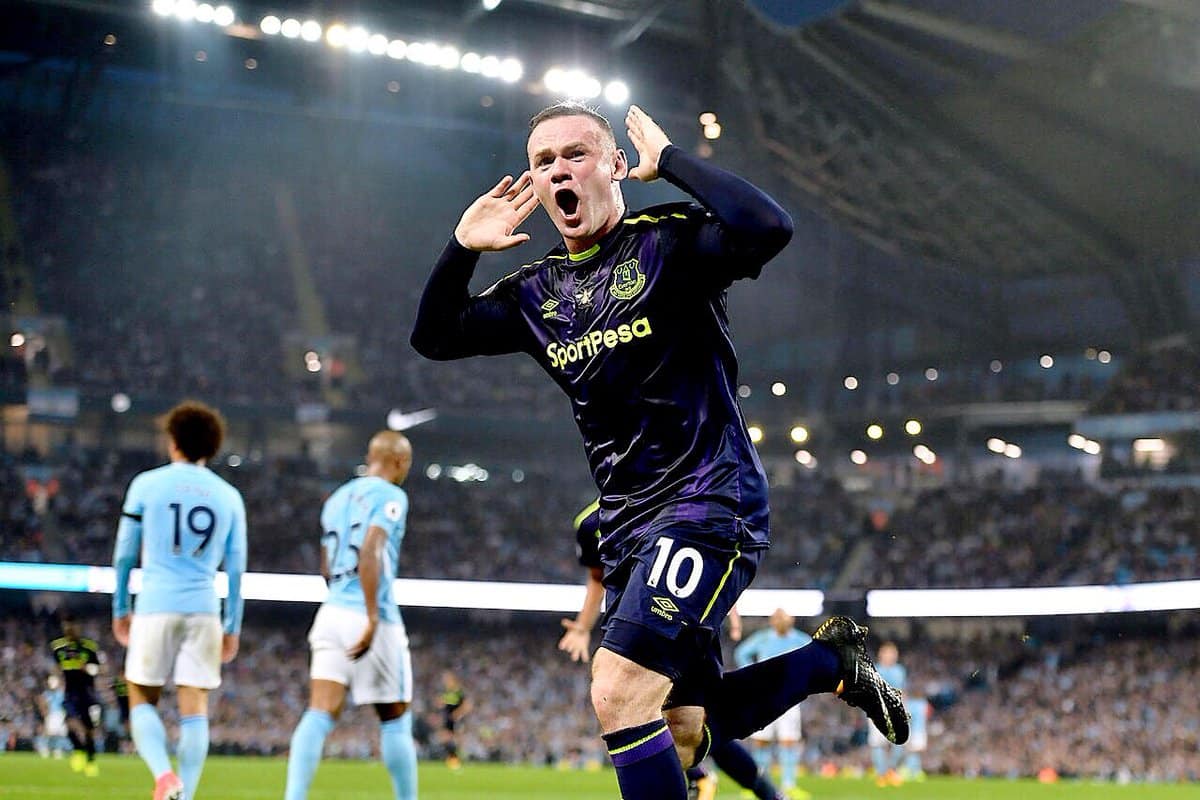 Wayne Rooney bagged his 200th league goal but the home side snatched a point at the death thanks to Raheem Sterling.

Everton will take confidence in the fact they, alongside Celtic and Wigan, are one of only three teams out of the 117 Guardiola has faced as a manager that the Spaniard has failed to beat, with a little help from Maarten Stekelenburg.

Another good omen for the hosts is that they inflicted Guardiola’s heaviest ever league defeat in last season’s Goodison fixture when the Blues smashed four past City without reply. The bad news is that three of the four scorers that day are now elsewhere.

A home win could see Everton go level on points with seventh placed Burnley – if results around the grounds go in Sam Allardyce’s troops’ favour. The Clarets have a game in hand on the Toffees, though.

Once again it is more of a case of who not to watch with so many stars filling the league leaders’ ranks. But it is hard to look past Kevin De Bruyne.

The Belgian is leading the assist charts this term with a tally of 14 in the league. The midfielder is more than capable of winning any game with his range of passing and he also has an eye for goal too, having netted 12 in all competitions in 17/18.

The visitors are sweating on the fitness of club record goal scorer Sergio Aguero. The Argentine will undertake a late fitness test. Former Everton defender John Stones will miss a Goodison reunion after he suffered concussion on international duty. Fabian Delph is doubtful.

Everton will be without Mason Holgate, Tom Davies, Idrissa Gueye, Gylfi Sigurdsson and James McCarthy through injury. Ashley Williams is serving the final game of his ban.

Paul Tierney will have control of the whistle. He has only ever taken charge of one Everton fixture, when the Blues dismantled Hull 4-0 12 months ago. In the 11 top flight games he’s taken charge of this season he has brandished 31 yellow cards and one red.