Seamus Is Phil-ing The Gap

So Saturday saw a number of Blues very briefly satisfied for now. A well-earned win over Brighton raised Everton above the Seagulls in the table with many feeling they can look forward rather than nervously over shoulders.

Absolutely no doubt, there is much work still to be done in the Goodison ranks but what was refreshing to me, and undoubtedly many others, was that the lads seemed to playing as a team. Looking like a well-balanced unit, prepared to take the game to the visitors and ask questions of their rear guard rather than have our own penetrated time and time again.

A word I saw used very frequently on social media was leadership. The team looks as though it had men on the field prepared to take responsibility and set examples for others to follow.

The living embodiment in Blue, in my humble opinion, was Seamus Coleman. From his marauding run in the latter stages of our victory over Leicester to his dressing down of Anthony Knockeart after his Kung Fu style challenge on Leighton Baines, the Republic of Ireland star has been nothing short of the consummate professional since his return from a potentially career-threatening injury.

A captain in waiting who is already carrying out his duties? 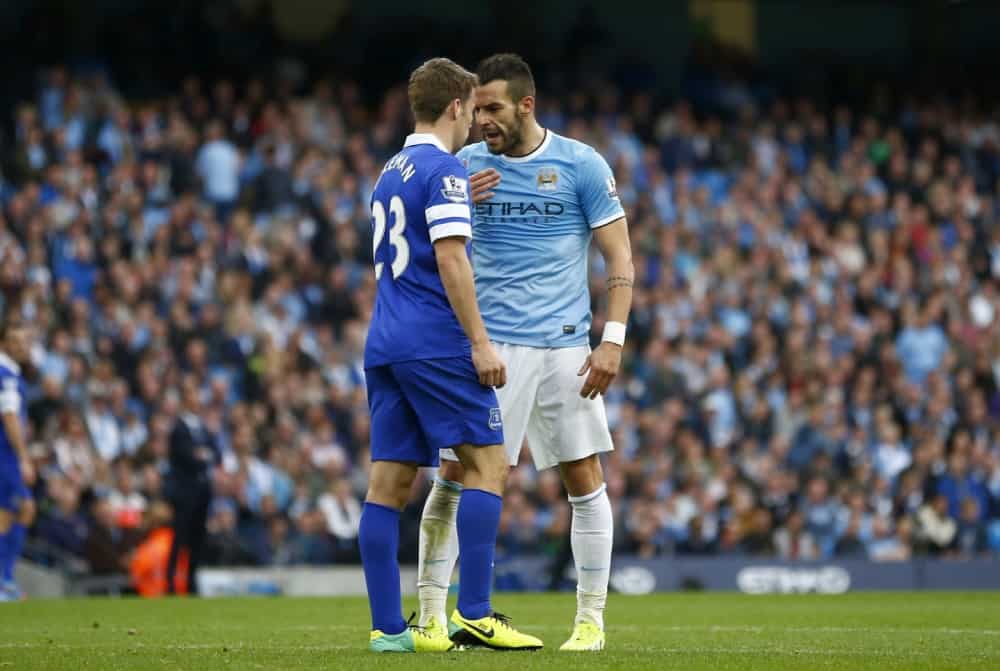 Everton have already a club captain in Phil Jagielka, whose return along with the aforementioned Baines was a very welcome sight, certainly for fellow defensive partner Michael Keane who looked a lot more assured with Jags by side. I for one have never been sold on the 35-year-old as skipper and always felt him to be too quiet to be the manager’s representative. No doubt he has, and continues to be, important and pivotal for the Blues, and I love him just for his Anfield strike alone, but I feel that taking up the high pressured job that is Goodison skipper is one that would be better suited to former the Sligo man.

Going back to the David Moyes era and the Club was littered with leadership. Tim Cahill, so often remembered for his incredible ability in the air, was a born leader whose passion and will to win carried Everton through a number of games. Alan Stubbs, David Weir, Thomas Gravesen and Lee Carsley all knew how to motivate.

A special mention should also go to Phil Neville. The current England Women’s manager never enjoyed universal popularity on the terraces, while his playing days are often remembered for his ‘retirement’ match in the FA Cup against Wigan Athletic, but as professionalism, work rate and application go, few could match the former Man United man. Through playing in every position in the back four, to being called into midfield whenever required, Neville always tried to deliver to the best of his ability, never hiding and always looking to take responsibility.

Seamus Coleman has those same qualities as our former Club captain. Coupled with the fact he is also one of the finest full-backs in the Premier League, Everton’s future success hinges on bringing in those stars with the same ethos as the 29-year-old.

And I could think of few who would be a better on-field leader!