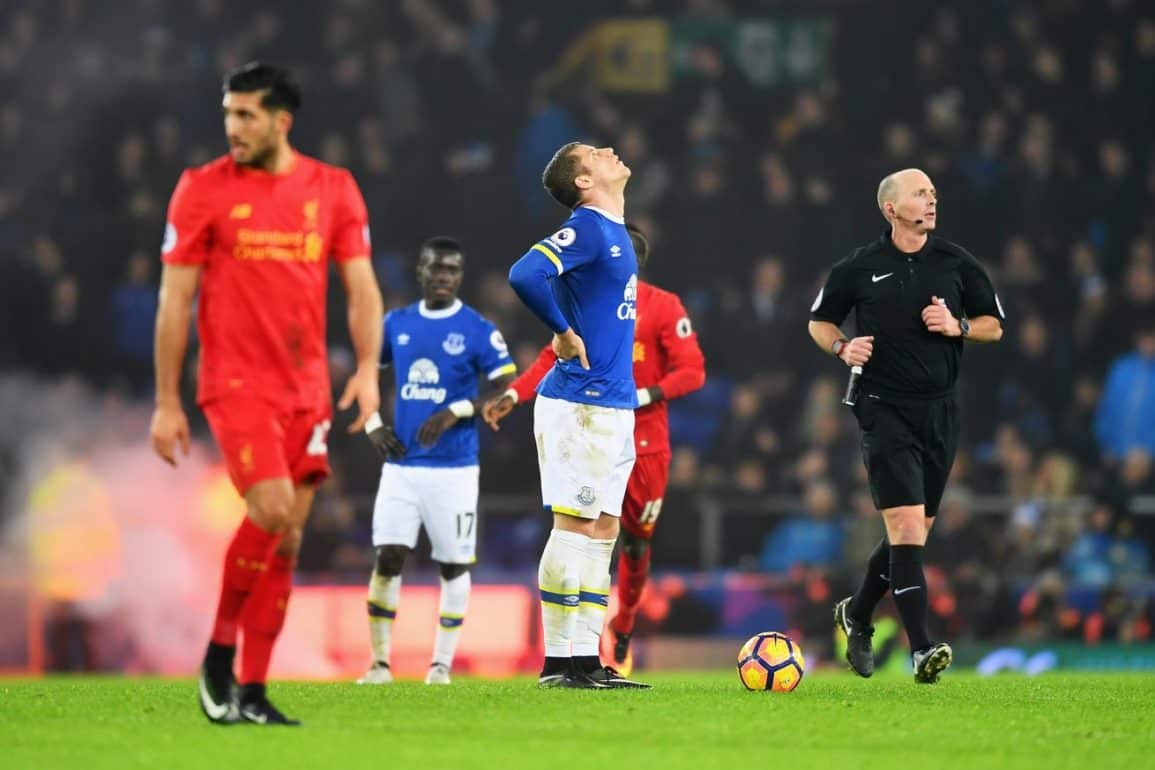 An Open Letter to Ross Barkley

Four and a half weeks prior to my arrival into this world, almost two and a half decades ago, one Ross Barkley was also born. The Toffee who hails from Wavertree was the first Everton player that I could identify with, not just in age but also in our shared love for our club.

Our emergence into our respective adult lives have been parallel, whilst obviously completely different. As I was leaving school, Barkley was emerging into the first team. When I joined University, he had established himself in his breakthrough season. For this reason, I’ve had a somewhat sentimental investment in Barkley’s career, a career that could have been so different in a number of ways.

To join your childhood club at the age of 11 must be a dream come true for any child, let alone a kid from Merseyside, a famous hotbed for football mad youngsters. To then go through the motions of Academy football, seeing your mates fail to make it one by one, year by year as you graduate – the harsh reality of the game starts to hit home…

Just as Ross got to the door of the first team, his hard work and immense promise was brutally halted. Barkley suffered a career threatening injury after a collision with Andre Wisdom on England U19 duty, just two months shy his 17th birthday.

The injury was severe. A complex triple leg break, doctors feared he may not be able to be able to play again. Others feared worse. Despite this, Everton managed to provide Ross with world class rehabilitation at high cost for someone who hadn’t yet established himself in the first team.

A year later he had fully recovered, and after some difficult spells under David Moyes and away on loan in the Championship, he enjoyed a breakthrough season under Roberto Martinez four years ago. Since then, he has earned his first England call up and has posted 21 goals and 18 assists in 150 Premier League appearances.

It hasn’t quite been a seamless graduation into the first team, as injuries and a lack of confidence have unquestionably held Barkley back from fulfilling his true potential. Despite his stuttering progression, Evertonians have, like me, been sympathetic in their support. Last year however, some of that sympathy began to dissipate, and Barkley has gone from a fan favourite to an enigma, and now, a villain.

When Barkley signed a four year deal back in 2014, he was quoted as saying;

“I never thought about leaving. This contract means everything for me. It is my dream to play for Everton. This is the club I love and I see it as home.”

Evidently, something big has changed since then, and Evertonians cannot fathom as to what it is. Whether it’s due to the departure of Romelu Lukaku, the fall out with the now departed Ronald Koeman, or the growing frustrations shared by fans for his inconsistent performances. Barkley’s sentiments then clearly aren’t the same now.

The real sickener though, for myself and no doubt for all true Evertonians, is what he went on to say next;

“I realise the importance of signing because I remember how I felt when Wayne left. He was one of the best players in the team and we thought we could push on with him at Everton. When he left we were all down as Evertonians. I just wanted to sign and hopefully we can push Everton on together.”

There in black in white is the issue for Evertonians. Recent events show this to be hypocrisy of the highest order. Ross Barkley is his own worst enemy. If he feels at all aggrieved by the supporters, he has no one to blame but himself. He has dug his own grave using emotive words that he has spectacularly gone back on.

To Ross Barkley, I can only ask why? Why would you want to leave your boyhood club? If it is for more money, or to further your career, and you don’t value the club in the same way anymore, then fine. Each to their own, and I accept that it is much easier for a fan to say what they would do from a hypothetical perspective.

However, if you feel you must leave, which again can be accepted, then how can you possibly deceive the club that gave you everything for a meagre financial gain? That, is what Evertonians like myself find so intolerable.

This club has nurtured you for more than half your life. They invested an incredible amount of money and support in helping save your professional career. They paid you hundreds of thousands, if not millions of pounds when you were unable to play for months at a time. Surely, the least you could do if you must leave, is to leave in the right way. With class, dignity and respect.

To go to perform the medical at Chelsea, to then back out of a deal worth £35 million for your club at the last minute, only to wait until your club nurses you back to health, to then join them four months later for £20 million less. For what? A slightly bigger signing on fee?

That behaviour wouldn’t sit well with me if any player behaved in such a way, however I could understand their rationale. Football is a business, you only have a short career, you must do what’s best for yourself, that’s all well and good.

But occasionally, when you find a player that resonates with a club on a unique level, someone who has gone out of their way to express their undying love for the club that has given them and their people so much, any self-respecting man should look at the bigger picture and behave with professionalism and class.

They say money is the root of all evil, but who are we to say why our Diamond behaved the way he did. Bad advisors? Misdirection? Self-doubt? Who knows. All I can say is all the best for your career Ross, I hope you realise your mistakes sooner rather than later.