There was a time when Everton and Liverpool supporters revelled in a uniquely friendly rivalry, so the story goes. The apex of this was the 1980s when the two clubs dominated English football. 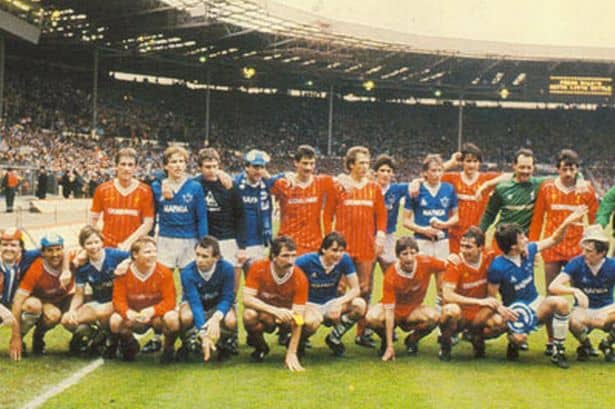 And then it all went wrong. The fraternity broke down. The Heysel disaster and Everton’s subsequent loss of their place in the European Cup is seen by many as the seed from which our now toxic rivalry eventually grew.  From that point on the relationship began to alter and the two sets of supporters saw each other as more than just rivals and instead as something more loathsome.

But how much of the above is really true?

It’s certainly the case that for many years the rivalry between the clubs was relatively benign.

When the first league Derby took place in 1894 the only enmity that existed was between the respective boards (who were each smarting slightly after the acrimonious split). From Everton’s perspective, the board’s desire to win was best illustrated by the promise of a silk hat to each of the players should they vanquish their neighbours.  And as all of us who have played football know only too well, when there is a silk hat at stake you tend to play to the best of your ability.

In the years that followed, within the context of a less partisan nationwide football environmental in general, the two sets of supporters rubbed together fairly amicably. Fans of each team would go to each others’ stadiums and Derby day rivalry was generally good natured.

But from the Shankly-era on, when Liverpool started to become the footballing presence that most people would recognise today, the relatively benign relationship definitely began to change. I doubt there are many Evertonians who lived though the team’s inability to win a derby game during much of the 1970s, and suffered the unending smugness of our neighbours, who would agree that the relationship between the blue-half and the red-half of the city was as amicable as some people would like to suggest.

‘I think from the 1960s onwards, a cockiness on Liverpool’s part (born from success), combined with occasional inflammatory remarks from their managers and players bred hostility that hadn’t been there before. It might not have been like it is today but increasingly you saw more of a divide between the two sets of supporters’ says lifelong Blue John Bohanna.

Superficially, during the 1980s the relationship appeared, to the outside world at least, to be defined by that pre-1960s cordiality. Fans did travel to Wembley together, some supporters did chant ‘Merseyside, Merseyside, Merseyside’ and a few of those involved in these games do look back fondly at the apparent sense of camaraderie.

‘At the end of the Milk Cup Final I ran around Wembley with Alan Kennedy. We had a blue scarf and a red scarf tied together above our heads. I remember the fans singing ‘Merseyside, Merseyside’, Merseyside’ and it still brings a lump to my throat thinking about it now. It was an occasion that you just don’t forget and which was a privilege to be part of’ recalls John Bailey fondly.

And yet, despite this veneer of cordiality, the process of growing mutual antipathy that had started in the 1960s maintained its inexorable progression. Take that Milk Cup Final as an example. To an outsider, the fleets of mixed cars heading south together and the chants of ‘Merseyside’ speak of an occasion that seemed to embody the notion of the ‘friendly derby’.

But from another perspective, as Graham Ennis from WSAG explains, the day can be seen differently.

‘Although people travelled down together and there was no division between the fans, that’s just what the city is like. But that didn’t mean that Evertonians had any affection for Liverpool. And when it came to the game, I recall the Evertonians singing Everton songs because we were proud of what our team had done. I think the ‘Merseyside’ stuff came from the Liverpool fans, largely because they knew they’d underperformed and probably wanted to extract a bit of pride from the game by jumping on the ‘Merseyside’ bandwagon.’

‘Merseyside/Merseypride’ might have played well in the press and the rivalry was free from the violence that characterised cities such as Glasgow, Milan and Belgrade but to suggest that Liverpudlians and Evertonians were one big happy family is just a myth.

But what is certainly true is that the relationship between the two sets of fans has deteriorated markedly since the 1980s, reaching the point today where the breakdown is probably irrevocable. Too much has passed between the clubs for this ever to recover.

Each set of fans has their own list of grievances. Reds think us Blues bitter, jealous and consumed with envy, and we Blues think them smug, shallow and almost homo-erotically obsessed with Kenny Dalglish (or Jurgen Klopp, Steven Gerrard, Ian Rush etc etc.etc, take your pick) 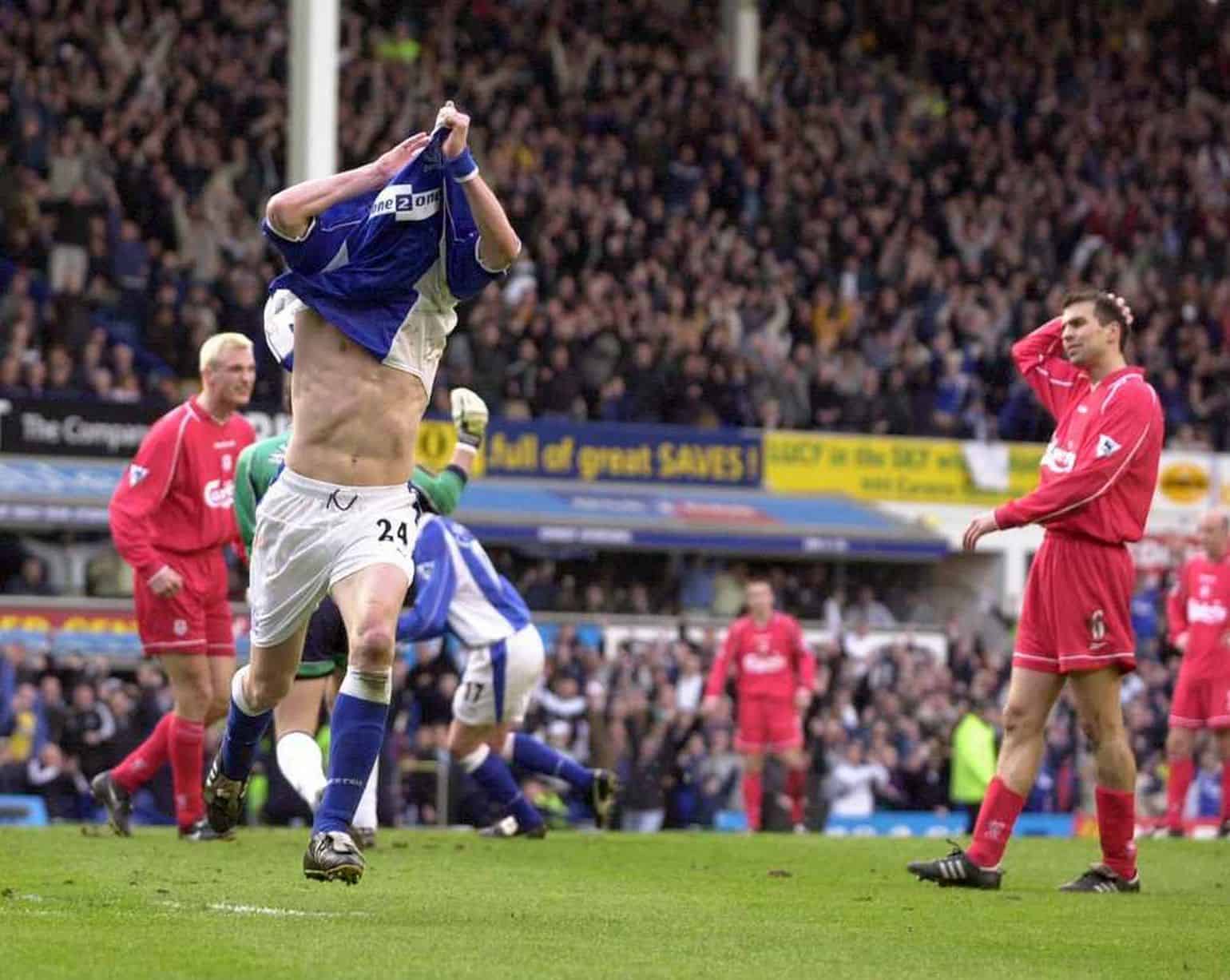 The ‘bitter’ tag is an odd one for Evertonians because although many of us of a certain age do unquestionably harbour a degree of resentment for what unfolded after Heysel, it barely compares to the level of resentment that Liverpudlians harbour towards Man Utd for superseding their achievement, a level of sourness that would be best visually represented by the image of Dot Cotton licking piss off a lemon. It’s often hard and confusing to be labelled ‘bitter’ by the bitterest fans in the country.

As a result of the above and any number of additional grievances, the Merseyside derby has become one of the most poisonous fixtures in the Premier League calendar. The games themselves are rarely beautiful to watch, consisting mainly of frenetic football and wild tackles. For most local fans the tension that’s created exceeds that of other games and in a city as divided as Liverpool in football terms, winning the fixture and being able to hold your head up high at school or work the next morning is something that really matters.

But ultimately is there anything wrong with this? Football is by its very nature a partisan sport. As long as it doesn’t descend into violence, is animosity between sets of fans something to be discouraged?

It’s not as if support of either team precludes each set of fans from befriending each other. Disagreeing with a friend’s football choices doesn’t mean you can’t ultimately get along.

After the internecine violence that so marred the game in the 1970s and 1980s it’s understandable that a lot of supporters would like to see the back of this kind of animosity that is evident between the fans of certain teams. But I think that’s part of the game’s appeal and without it football can be a little bland.

Changes to the game over the last twenty years have already robbed football of much of its character and so we should be glad that fixtures such as our Derby still exist. The atmosphere might be toxic but it’s also exciting in ways that clashes between teams that ‘get along’ could never hope to be.