With the media and well-informed football people predicting and fully expecting further massive TV rights deals if the likes of Amazon, Facebook, and even Netflix throw their hat into the bidding ring, is a break-up of the Premier League and the other major European domestic leagues in favour of a true European League a growing possibility?

For a flavour of the potential scenario, take a read of this article.

I won’t go into the numbers, the Guardian report and other articles doing the rounds cover that much more comprehensively and eloquently than I could, suffice to say the suggestion that Man United, City, Chelsea, Arsenal, Spurs and them across the park are intimating they would want considerably more of a newer, bigger cake than they currently enjoy.

This leads me to ponder whether they would try and put a gun to the head of the others by threatening to break-away and maybe even forcefully encourage the formation of a European League with the big clubs from Spain, Italy, France and Germany, and others too?

The potential numbers for future TV rights of the Premier League are staggering, likely to dwarf even the deal currently in situ and if the so-called ‘big’ clubs were to ever get their way, the current huge gap between them and the rest will likely become unbridgeable. 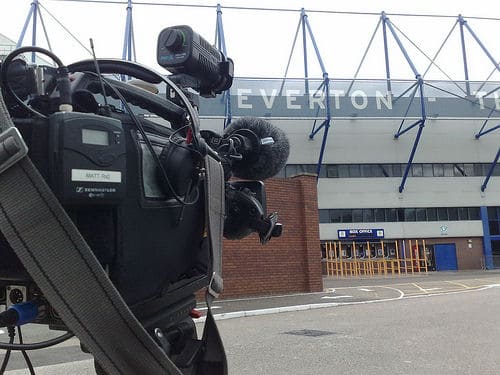 As I understand it, a break-up of the current league isn’t possible under the existing rules and conditions, but as with so many other things… money talks.

If enough cash were to be waved under the noses of the ownership and management structures at Man United, City, Chelsea, Arsenal, Spurs and them across the park, then the likelihood is that they’ll sooner or later fancy trying to force the issue.

I’ve always felt that Michel Platini and others within UEFA previously secretly favoured the formation of a true European League and if there’s enough financial incentive splashed around, it’s really not that difficult to imagine those six plus and at least another six others from around Europe fancying such a competition.

If the ‘big six’ from the Premier League truly forced the issue, who could not see Real Madrid, Barcelona, PSG, Bayern Munich, Juventus and Inter Milan salivating at the idea of doing likewise to form at least a twelve-team “SuperLeague”.

Twelve teams could play twice home and away for a 44-game season without any need for a cup competition, the TV and internet broadcasting companies would probably go into a feeding frenzy for the rights to screen such a league.

If another six of the biggest, wealthiest, media-darling clubs could be persuaded or chose to breakaway, an 18-team league might be formed, with a reduction to once home and away for a 34-game season.

People will say UEFA would never countenance such a move, they’d ostracise those clubs from the Champions League, restrict players from signing into a new league etc and right now, that’s probably the position.

But if a big enough TV deal were offered would they, the clubs, be bothered and just plough ahead forming a new league? Would UEFA have no alternative than to consider sanctioning it under their banner?

The Champions League revenue streams are massive, but the marketing and TV viewing figures potential for such a “SuperLeague” could dwarf even those numbers.

Let’s imagine for argument sake that this breakaway league genuinely became a possibility and the current ‘big six’ chose to go their own way, would the domestic game here in England be any worse off?

I guess the answer is, in the short term – yes, but in the long term ?

Even at this early stage of the season, all bar those six would be grateful to finish seventh as Everton did last season, some considerable way behind.

Even the most rabid Evertonian, even when the summer transfer dealings were seemingly all going our way, was only thinking of breaking into the top four and hopefully winning one of the cups.

The subconscious focus of the fans of fourteen clubs varies from survival to mid-table respectability to hopes of finishing in the top ten. The days of everyone starting the season moreorless equal and competitively with one another are long gone distant memories.

Should the rest of the Premier League then bust a gut to prevent the ‘big six’ from going to form their greed driven and induced “SuperLeague” if that’s what they ultimately choose to do?

If they broke away, wouldn’t the Premier League suddenly become that bit more competitive – instead of fourteen clubs looking no higher than seventh place, it could be fourteen, plus say the top four from the Championship in a new 18-team league with practically all of them harbouring title ambitions every August.

We’d miss the derbies if them across the park broke away and we’d miss the ‘big’ games against the others, but we’d likely not miss the results record of recent years against nearly all of them.

If, and it’s a huge if, these clubs left, wouldn’t a genuine competitiveness in a revised Premier League return, would the cup competitions especially the FA Cup recover some of the lost charisma with the playing field being levelled?

Or would we genuinely miss them and wish they had never left?

Or would we want Everton to be a part of it and go with them – a ‘big seven’?

Ultimately, it could come down to just how greedy one or more or all of the ‘big’ European clubs really are and who amongst them has the daring to launch such a movement?