The start of a tough run of Premier League fixtures is here.

Four of last term’s top six stand in the way of the Blues in what is a torrid set of clashes.

It all starts on the first Monday Night Football of the season when Everton travel to the Etihad Stadium in what is the Toffees’ first away bout of the campaign. 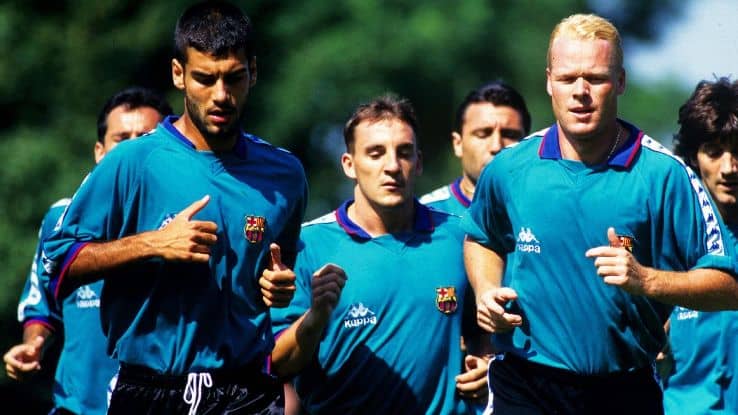 City are clearly right up there with the favourites to win the title, so it won’t be no surprise to anyone that this will be tough. Very tough.   Fresh from a 2-0 away victory over newly promoted Brighton last weekend, their confidence should be high… although they slipped to a 1-0 friendly defeat to Spanish side Girona on Tuesday.

Everyone knows, Everton especially, that facing newly promoted sides on the opening day is never a walk in the park.   QPR, Watford and Leicester, to mention a few, have given the boys in blue a tough run out so the professionalism shown by City in collecting three points at Brighton is to be admired.

Ones to watch -   It’s more of a case of who not to watch with the number of superstars gracing the sky blue, but I’ll give it a go.

Sergio Agüero. Any more need to be said about him? He has been City’s main man for years and is showing no signs of slowing down.    Fun fact – massive jinx – Everton have done the best out of any Premier League side in neutralising the Argentine.   The blues have restricted the striker to two goals in eleven appearances against them.

Kevin De Bruyne has been superb since leaving Chelsea back in 2014.   The Belgian international’s ability to create so much out of so little is key in keeping City ticking over.

Vincent Kompany has proved himself to be one of the best centre halves the league has seen in recent years.    Injuries have massively hindered the Citizens’ skipper, but there is no doubt about his class.    The difference in the defence when the big man plays can be seen from a mile away and will he will be one of City’s important figures.

But on to the away side…   The Blues have started their competitive campaign with four wins, keeping four clean sheets in the process.

The most recent of those came on Thursday night, a hard fought 2-0 success against Croatian side Hajduk Split.

It doesn’t give Koeman’s men much time to rest.   With the second leg in mind, and a comfortable scoreline in the bag, the Dutchman should feel free to play as strong as a side as possible against City with the thought of rests (if needed) in Croatia next Thursday.

Everton will hope to get record signing Gylfi Sigurdsson in to the action for the first time, so we can see just what Farhad Moshiri has spent the big bucks on.

🙌🏼 | Here's the moment Gylfi Sigurdsson met the Everton faithful ahead of kick-off at Goodison. #WelcomeGylfi pic.twitter.com/Hry48cUQpx

In terms of team news for Everton, Sandro is still a doubt, James McCarthy’s hamstrings have gone (again) and Ross Barkley has had an injury setback. The long term absentees are still, well, absent.    So the squad (plus a certain Iceland international) is the same as the one that took on Split in the Europa League.    Both outfits will be looking to improve on the 1-1 draw in the same game last year (Thanks a lot, Maarten) But it will be easier said than done for Everton.   Up the Toffees.