The Rise of Moshiri’s Everton

Farhad Moshiri has been at Everton for little over a year, yet it feels this summer is now the starting to resemble the football club Moshiri wants Everton to look like.

In any business takeover you have to view a change of ownership or direction not as one big singular event, or indeed a series of unconnected events but rather a process. This feels especially true of Moshiri’s Everton where he has looked to evolve processes rather than rip up and start again from scratch. Those awaiting a “Robinho” moment as with Manchester City, or the sort of spending Abramovic initiated at Chelsea (estimated with “football inflation at 1 billion in the first 2 years) will likely be disappointed and perhaps miss the point slightly. There may yet be a stand up event, yet what is more significant is the continued evolution and development which looks to have stepped up a gear this summer. While the approach has it’s drawbacks (I for one would like to see faster and more radical change) this does have to be balanced with the idea that Evertonians are very proud of tradition, on overhauling at a slower pace may be more beneficial and appealing to sections of the fanbase.

That being said if events are what you after, we have had no shortage of important moments over the last 18 months, though because most don’t relate to the most accessible part of the football club (player recruitment) they are sometimes overlooked by fans and indeed the media. One example may be that season tickets prices have been reduced and held down, particularly so for younger Evertonians which has resulted in an unprecedented demand for tickets. Thursday nights Europa league qualifier has sold out after a few days with days in advance. There was talk at the start of the summer that we had 30k season ticket holders with 12k more on a waiting list, goodness knows how many more wanting season tickets following some high profile signings. This is a long way from the days where our average attendance veered between the low to mid 30 thousands.

The easy thing to do would have been to put prices up, yet they have withstood that demand which to me seems a sensible strategy for the long term of the club. Sharing a city with Liverpool FC who’s owners seem itching to want to continue to raise prices (and in a working class city like Liverpool) ultimately price out huge swathes of potential fans (including the next generation) I am happy to sacrifice a little on gate revenues to benefit the club in it’s rooting in the local community. The longer term solution, a new ground has had terrific progress, with us seemingly moving ahead to a prime location on Liverpool Waterfront. There needs to be other articles underpinning the significance of this yet we can all agree this is a massive advancement. While these developments may not be as glamorous as new signings it significance should not be understated.

The argument that nothings changed at Everton is not so much wrong, but it is indicative of looking at events through a prism based closely around player recruitment. Undoubtedly there are many similarities with this our transfer business before and after Moshiri, particularly in his first summer. We have sold players and bought players yet I would urge caution in calling it sell to buy. That you sell and buy successfully doesn’t automatically make one dependent on the other. As for the summers business while it’s fair to say none of the signings are “marquee” (to the level of say Van Dijk) when taken collectively it’s hard not to be impressed.

To add balance to the debate though, we should note over the last 12 months we have added; Southampton’s Manager, Leicester City’s Head of Recruitment, Burnley and Crystal Palace’s best player, Swansea and Ajax’s captains as well as potentially their best player to follow. This is unimaginable for Everton of 3 years ago. We would not have had the funding in place nor the compelling story to sell to attract these players. There has been a clear strategy for the types of player we are looking to attract and a plan that has been executed with no shortage of haste. Individually Keane, Pickford, Klaasen, Onyekuru and Sandro may be reasonable understated pieces of business but when placed together it is indicative of a club moving in the right direction.

Undoubtedly last summer was a difficult one for recruitment. The easy thing to do would have been to panic. In my more angry moments I had drafts calling for heads on a plate, while others wanted a marquee signing to show intent, yet the calmness shown by Moshiri in allowing those he trusted and recruited to go about their business has partially began to bear fruit this window. In leadership if you show patience, perseverance and preparation, or put more simply consistency you will rarely go wrong and from the top of the club we have began to demonstrate those values.

As indicated above, perhaps the most impressive aspect though is not the player recruitment, but whats been happening in other areas of the club. There is a belief from most that what happens off the field and on the field are unrelated. In many ways they appear in that way so it’s an understandable belief. You can achieve well on the field if you are doing badly on it, and many clubs who are well run off the pitch can have a bad season. Yet you feel each is a counter weight to the other. Only for so long can you punch above your weight on the pitch. As we saw under Moyes’s Everton, as we bucked the trend off the pitch but got further away from top teams on it, eventually it would catch up with us. Each summer felt like a pull on us, dragging us further away from bad teams as we lost players and couldn’t recruit the right ones to improve us.

Currently I feel the reverse process is happening. Much of the excellence and significance off the field is only just being translated onto player recruitment. While it is frustrating to have such a gap, it is a good problem to have!

One of example of this is my statement last summer that a new ground on the Waterfront would be a bigger and more important statement than Mourinho as manager. While undoubtedly the narrow contours of seasonal performance on the pitch Mourinho would have got more headlines however the hurdles required to overcome a stadium stadia and medium to long term benefits are greater. Likewise the biggest news of this summer for me is the partnership with a Chinese bank which is underpinned by the Chinese state and the biggest bank in the world, who have extended a credit facility of 60 million pounds to Everton.

While some will understandably say a 60 million credit facility is not so groundbreaking we again have to factor it in as part of the process that Moshiri is looking to complete. I don’t believe an initial credit facility in the end goal but a stopping point on a journey. However if again we take a second to consider what it means in actuality; that Everton are now in formal agreement and partnership with the worlds largest bank underpinned by the Chinese state. As Everton seek inevitable further investment as the club grows either the relationship with such an institution will open enormous indirect and direct opportunities. While there is no inevitability on the question of whether they definitely invest or not, one thing we can safely say though is it will be a very real question they have considered on entering initial agreement with Everton. 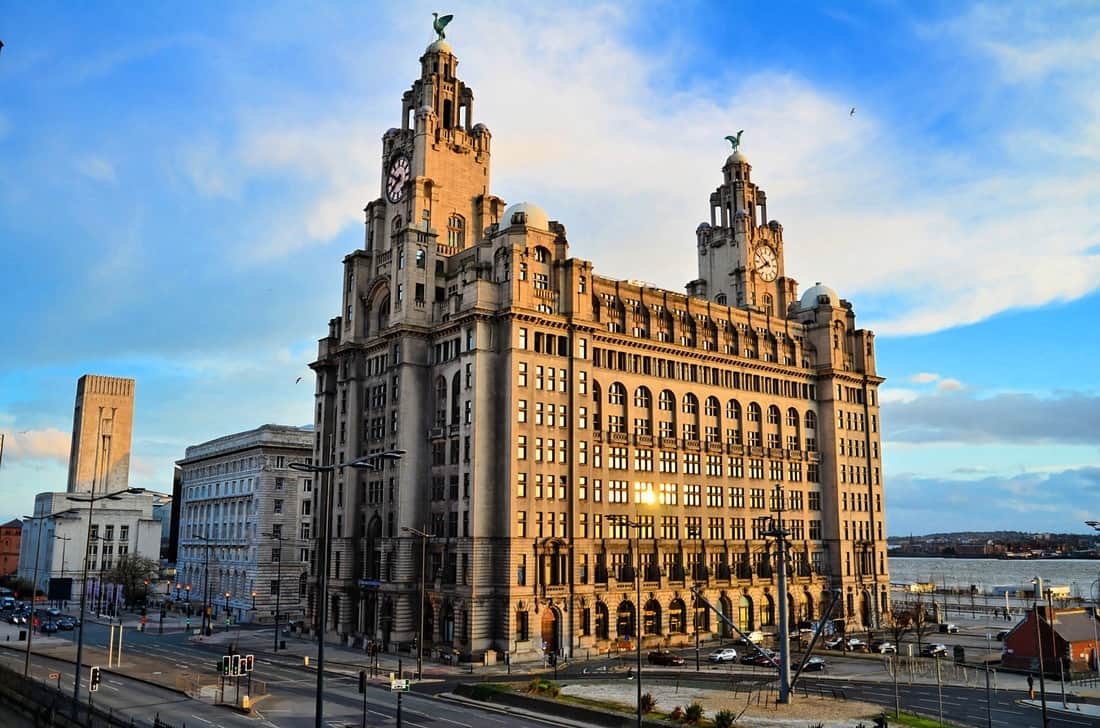 The partnership in the same manner the USM FF sponsorship, the Council backed SPV and the acquisition of the City most famous piece of real estate the Liver Building from Moshiri places Everton very centrally amongst some of the global elites. Moshiri is showing not just a remarkable understanding of how to stretch assets and liquidity to maximise Everton’s fortunes but with each deal opening more opportunities with each agreement. Everton now have powerful stakeholders and partners who are very keen to deliver not just a state of the art stadium but have a top class team gracing the stadium. Again the scale cannot be downplayed here, we have Russia’s wealthiest man (worth anywhere between 13-5 billion) the largest bank in the world, and a conglomerate of investors worth 50 billion as well as local government council. At the very least all have the desire, capability and connections to help grow Everton the brand and potential in the future invest into the club.

The other striking aspect of the above deals is the speed with which they were completed and announced, with very little conjecture from well informed “ITK” Evertonians and local or national media. It presents a picture of a club that is increasingly efficient in it’s operations, knows where it is going and can deliver on it quickly. Perhaps most crucially the speed with which substantial deals are being done and the acceleration in how frequently they are coming up suggests a significant and insatiable momentum s the wheels start to turn.

The link that has been the most talked about above is inevitably the Usmanov link, Russia’s wealthiest man and minority shareholder at Arsenal. There is a scale of opinion on his involvement at Everton that tends to range from he is running the show behind a conduit to he has no interest or involvement with the club. I tend to fall in the middle in my opinion, feeling there is currently a separation but there is every possibility that he will come on board in the future.

When Moshiri invested into Everton I thought there were 4 broad possibilities. Worst case for Everton would be that it was a stalking horse for Arsenal, a threat to Kroenke to get him to sell. Given Moshiri’s involvement in the club and community buildings such as the Liver building this would seem unlikely. The second was that Moshiri decided to strike it out alone (this is very much what the public position is). The third is that Moshiri and Usmanov “always work together” as he said after the announcement of the USM sponsorship deal, either immediately or in the future. Some speculate they may build an “Arsenal of the north” in “footballs Hollywood” around the time of completion of the ground. The final option is Moshiri and Usmanov look to work alongside other forces to develop a globally dominant force, bringing on board perhaps Chinese investment alongside their own substantial resource.

The partnerships Everton are now involved in leave all of the 3 options available. To me it’s clear in spite of Moshiri substantial and openly acknowledged ‘conservatively estimated” wealth (Forbes have said they are unsure of his wealth and estimated it around 2 billion based on a cautious estimate of part of his holdings due to poor intelligence on Russian business interests) he seems himself as a facilitator for even wealthier individuals. These expertise are being used to help Everton move forward. The opportunities for further investment over time are substantial and as the process goes to the next phase, notably the ground move it would seem inevitable some serious movement will occur. Rather than a club with the begging bowl asking for charity, Everton are slowly starting to move towards being a serious branch ready to compete in the biggest sports franchise in the world.