The Problems We Face

We are 2 weeks into a transfer window and already you can feel a sense of restlessness creeping into supporters. On the one hand it feels ridiculous that 4 weeks before a transfer window opens we should start to become frustrated, yet at times it’s hard not to become carried along with that feeling. When you see clubs like West Ham being linked with players you would like us to sign (Iheanacho) it creates a sense of panic that I can only liken to trying to buy a house, fearful that unless you ring the agent back that hour some more undeserving family will get the gem before you. In a world of twitter and social media, with other clubs ITK’s (In The Knows) proclaiming deals are about to happen well before they are this sense of anger can spiral. Within such a context it is notably difficult to remain analytical and objective in what you want from a transfer window and how you think it is progressing.

For Everton fans of a particular age this sense is heightened. The phrase standing on the shoulder of giants is a very pertinent one yet what Evertonian’s would need is an opposite to this. Years of being let down in the window have led to a cynicism around the transfer window, whether it was Ravanelli, the Alan Smith bid, Rooney and Arteta leaving on the final day of the window with no money being spent or last years mad dash with no incomings we have had our share of evidence to compound this.

The globalized entity that is the Premier League is akin to free trade/globilisation with wider society and has for the most part been a wonderful thing yet as the Brexit vote shows the fruits of success are unevenly distributed. We resemble a left behind area that begrudgingly sees the fruits of said globilisation within football as an inherently problematic thing. The richer clubs hoover up your talent. That was what transfer windows came to represent-a constant reminder you couldn’t hang onto players. Whats important to note is this hasn’t always been Everton’s position and we certainly hope it won’t be Everton’s position going forward yet this summer fans will be after concrete evidence those days are long behind us. Not asking for much hey Farhad!?

For many reasons it feels this summer will be a significant one for Moshiri. On the whole Evertonian’s are a critical and cynical bunch yet there is a curious patience that comes alongside this-think Benjamin in Animal Farm. The summer window was bordering on shambolic, with big promises made and very little delivered. Yet there were concrete reasons for this- most notably being late in acquiring the right manager and Director of Football would have led to a rushed approach to recruitment and a power vacuum. In lieu of this vacuum it felt figures who I simply don’t believe are up to the brief filled the void and unsurprisingly we repeated similar mistakes to other window. Leaving bids too late, bidding under the asking price and not finalizing deals effectively.

What worries me more than anything is their presence remains. That this approach was not a short term reflection of necessity as opposed to a strategic vision of how the club moves forward in the medium term. There will be many who on seeing similar mistakes being repeated, while particular figures remain on the board and draw the logical conclusion that their continued involvement is holding us back. Such a perception could potentially damage the extended honeymoon and positivity Moshiri receives from the Everton fanbase.

When we consider Moshiri there is little doubt he wants to make a statement though I feel the difficulty in doing so and what this statement may therefore look like are underestimated. An obvious example may be Virgil Van Dijk, a signing that would unify all behind the new majority shareholder and radically alter how we are perceived wider in football. Consider that Manchester City are offering him an alleged 180k per week. To get him to reject Champions League football how much would we have to offer him? 250k per week? Can we do that? Would we want to do that? What further impact could it have on the squad generally? It’s not an unrealistic statement to say currently the leagues top players seem out of our league, even with the additional finances if the numbers widely reported have any truth (though I’d be delighted to be proven wrong and see VVD in a blue shirt!). 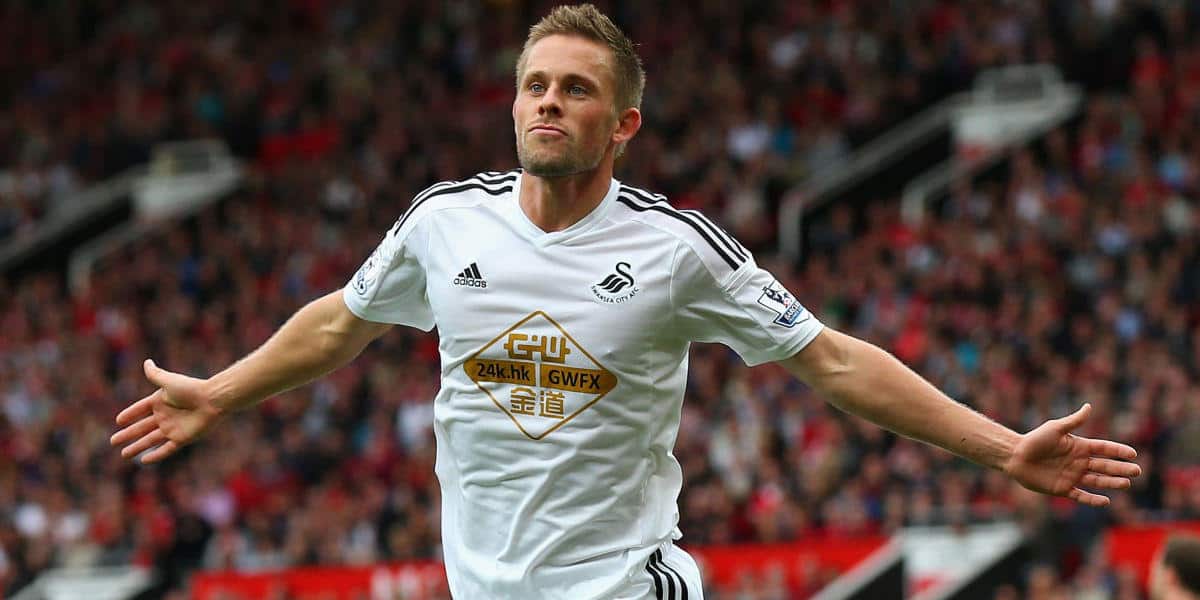 We are then left at trying to attract either a lower caliber or younger profile of player as a statement. Lads like Pickford or Sigurdsson for example. Sunderland and Swansea value their star players at 30 million and 45 million respectively (Sigurdsson’s wage demands are allegedly 140k per week). It may be a statement to spend these sort of sums and have the deals wrapped up early though I can’t help but feel there would be a concern amongst the fanbase if we did this. Would all feel a bit Kenny Dalglish when he lashed 40 million on Andy Carroll and 20 million on Stewart Downing? 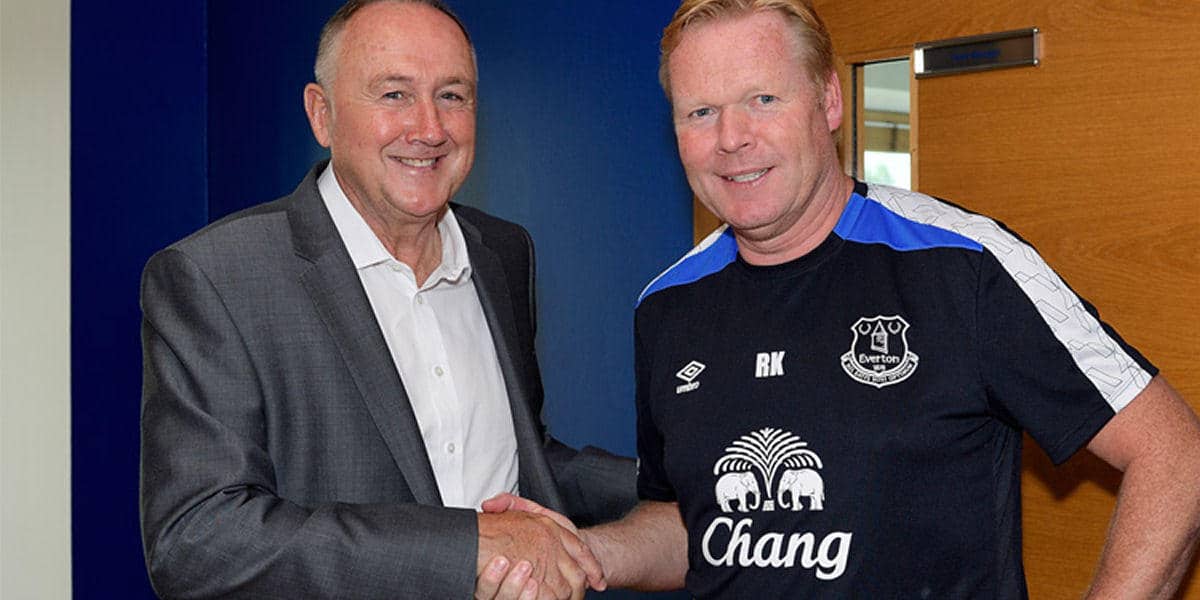 The mediated response to this is that it’s where Steve Walsh comes in. Being able to find value for less. Yet a lot of his buys are not going to wow Evertonians. Idrissa Gueye didn’t wow Evertonians (myself included) when we signed him yet he’s our best signing in 2 years. The other difficulty presented (as frankly I do wonder how far making a statement is a worthwhile aspiration) is that just as it was under Moyes you get a sense other clubs are watching our transfer business and swooping to concluding deals more quickly than us. We saw this with Perez and Arsenal who are now looking to move on a Belgium teenager we have identified. West Ham appear to have upped their intentions on signing Pickford. You do feel Everton need to move quickly to get transfers in the bag or risk others gazumping us.

If there is something of a difference in perspectives and strategy between Moshiri and Walsh you can’t help but feel throwing an opinionated manager like Koeman into the mix only causes further challenges. If Moshiri has been keen to get a signing that cements his and more importantly Everton’s standing, while Walsh is keen to strive for value, Koeman seems very clear he wants to have proven players who are in their prime years (26-29). The difficulty is often these players cost a fair amount of money and the ones who improve our team are unavailable to us.

What worries me presently is that we are turning over huge number of professionals and we replace them with other lads who need time to bed in and when they don’t are turfed off quickly. There were many faults of the Moyes/Kenwright regime but one success was the time players who had been too hastily caste off at other clubs were given to rebuild a career. Another concern is that we currently have too many people with differing ideas and philosophies of what we are trying to do to be successful.

It’s my own hypothesis that however well Koeman does with us he will likely move on and we will need to find a manager who is happier to work within our structure more easily. This is not to say we should proactively remove Koeman, or he’s done a bad job (he’s done a very good job and has injected a ruthlessness that has been sorely missing) yet within industry it’s well known you have different managers for different tasks. It feels like Koeman’s was to root out the bad eggs, improve fitness and get us on a footing to succeed. At present he hasn’t expressed much interest in wanting to share in the fruits of this labour longer term though with much talk of players within 27-29 bracket required. Yet the contradiction is, currently we will struggle to attract those of sufficient quality within that bracket.

If we repeat the debacle of last summer though I can say with reasonable confidence it will be Koeman’s last season with us. How this circle if squared, between a manager who wants proven players of a top 4 standard and a board who at present hasn’t shown either the capability, desire or willingness to deliver this will surely underpin this summer.

The bizarre thing is, in amongst a very vulgar picture I’ve painted I would like to see nothing more than Koeman commit to a long term project here. To sign a 5 year deal and be given the player he wants. To acknowledge he has to develop younger players as part of that. While he seems reluctant to do this, he remains very good at it. Davies has flourished into probably the most talented teenager in the country under his guidance and Lukaku has stepped up a level. The introduction of Calvert-Lewin, Lookman and improvement of Holgate has been very impressive. What is striking with Koeman though is it appears almost as a labored afterthought he considers this remarkable flourishing of young players as opposed to an achievement that he and the club should make central going forward. For the above 4 names mentioned there, we should be looking to add Kenny, Walsh and Dowell next season. While he may not relish in this you can think of few managers they would benefit more under than Koeman

I have little doubt a signing or two will radially change the tone and outlook I have forecast. Football fans, myself included are notoriously fickle creatures. The boredom that comes from no football is quickly passed on to a frustration at lack of business. Rather than a fixation on making a statement the best way forward for Everton may be a window that shows a unification of ideas between Manager, Board and Director of Football into a strategy that can allow for the continuation of last seasons progress.