As the dust starts to settle on the Lukaku saga we will now go into the summer months with impending questions building. Much has been written about Lukaku, some positive some negative (all by the main fair on both sides) yet what is more interesting is how the club handle the Lukaku developments will shine a light on the intentions of the club going forward.  Amongst Evertonian’s it is reasonable to suggest there is a positive take on Moshiri, albeit with varying degrees of caution. Off the field, increased sponsorship deals and positive noises around the new ground have fuelled this though there is a renewed desire for more concrete information and clarity around this. In defense of Moshiri, this is as much an overhang of two failed ground moves under the previous regime. Yet it is investment and retention of it’s playing staff that one senses any new regime will be judged. 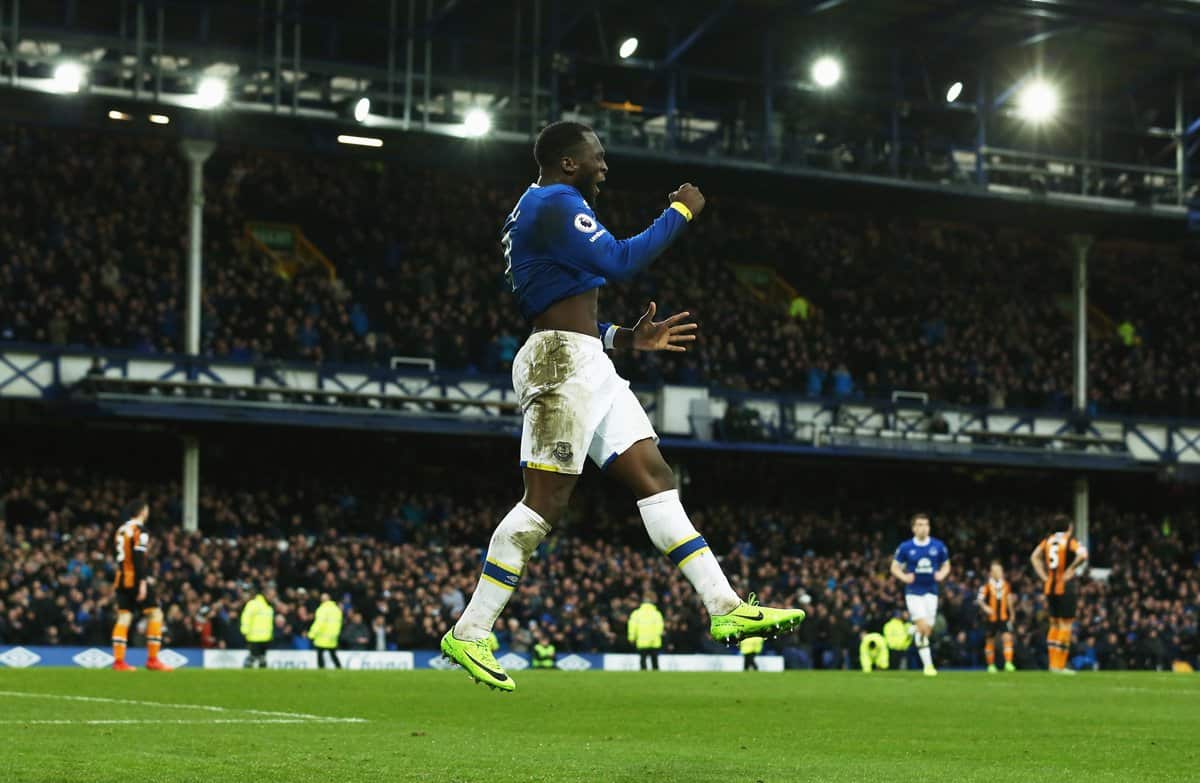 Going into the summer the Lukaku situation will dominate, irrespective of whether he signs a contract or has two years left. He is not only our best player but is increasingly looking the world class centre forward that he has threatened. The wider subtext is that this summer transfer window represented a chance to make a statement of intent that to date has been lacking so far. Last summer’s window was underwhelming, while January’s was fruitful if not groundbreaking though did buy Moshiri some time until the summer to make the statement to the wider footballing world.

It comes as no surprise to me that in Lukaku’s revealing statement he speaks of “doing a Manchester City”. There were several newspaper reports in the summer suggesting the same- that Everton wanted to have the impact that Manchester City had following their takeover. This can be seen from his desire for a “Marquee signing”- Witsel, Koulibaly and Mata were pursued but would not come or be sold. Any of them would have made a statement of the impact Moshiri intended on making. It might have been the start of Everton replicating what Manchester City did. In it’s absence we are still left waiting for such a statement.

The pressure from the potential sale of Lukaku makes that more difficult. With Barkley only having 12 months on a deal you would also feel if nothing is agreed within the next 3 months he too will be moved on.  You would feel whoever Everton would sign in the summer, losing Lukaku, Stones and Barkley within 3 transfers windows of taking control would not represent the sort of progress Moshiri is looking for. He inherited an almost impossible situation with all 3. Two lads promised they could leave and a 3rd with only 2 years on a deal and desperately short of fitness and form. Yet this is the importance of strong leadership can and should be able to navigate.

There are two trains of thought from Lukaku’s statement. As often occurs in this situation both sides are not “wrong” and have lots of truth to them and the debate can end up with people repeating their perspective. Let me be clear, all of the below can be true at the same time:

1) Romelu Lukaku doesn’t care about Everton.
2) Everton haven’t as yet delivered on the promises of a new era.
3) Everton may need lads who look after themselves first to be successful.
4) Lukaku deserves to be playing for a side winning trophies.

Trying to develop a position that encompasses all 4 of those statements is difficult. For some Lukaku is a mercenary, for some he will be a hero demanding more from the board. I feel his intervention is fair but ill timed. I also think he needs to start winning big games for Everton more (the next two away games would be a good start!).

Lukaku in the last 3 months looks every inch the player that could play for top teams. As he turns 24 in the summer our test will simply be to prove to him we can compete for top honours. If we are serious of doing a Manchester City this needs to be done in the summer. I suspect the only way that is possible is if there is serious hidden investment in the background (in the shape of a certain director of a London club). If we haven’t got that level of backing this will be clear by August and we can begin to realistically assess where we are as a club.

Currently in trying to do a Manchester City, what we look more like doing is a Tottenham Hotspurs. Building a core group of young British players, developing a high intensity style with a strong manager and topping that up with smart trading and astute recruitment of younger players. If that’s the way we are going then I am fine with that, but we do need to be clear about what the plan is. Demoralisation will set in amongst supporters if they are expecting one approach and get given another. This will also extend to the players, if they are made promises behind closed doors and not have them delivered upon, there will be a sense of anger. While I think the Tottenham model is a good one for Everton to follow, simply put it seems inconceivable that such a gradualist approach to developing a side will be enough to keep Lukaku.

I read a very interesting and good article from the Esk on the subject matter and he touches upon many interesting points. His position that Lukaku is pushing the agenda as part of a wider ploy from Moshiri to make a statement to the board to do more is an interesting paradigm yet I can’t go along with the specifics of the position. Would the leagues leading striker and one of the super agents be willing to put their reputation on the line as part of Machiavellian plot to send a message to Everton’s board, a message which would be far more clearly sent in a meeting with the board of Everton. My own view is Lukaku is probably using lack of recruitment as an excuse to look better but there can still be some truth to what he is saying. His bluff can be called if Everton spend big come the summer.

Every summer is a “big summer” for Everton. In the Sky television world, every summer is a big summer for every club. What this summer presents is a unique challenge both to how we are held externally and out team. Everton have lost their best players over a pro-longed period. Rooney, Gravesen, Arteta, Peinaar, Jeffers, Fellaini and Ball have all gone. Everton ploughed on after each sale, the club and it’s ethos is bigger than any player. However it wouldn’t be unreasonable to say Lukaku is better than all of the above, outside of Rooney and Arteta he is a different caliber of player to all of the above. Crucially he’s a lad who scores 20+ a season- the sort of striker we haven’t had for 30 years. While under Moyes we build workmanlike teams that could replace cogs as they went, replacing a top draw striker will be close to impossible.

Perhaps as important is how it’s seen within the winder footballing community. Want to know why Witsel, Koulibaly or Mata didn’t come? Want to know why Schneiderlin chose us before considering West Brom? Wages is important but standing and perception are critical. Selling Lukaku would be very damaging to the increased profile we have built (and why our rivals are reveling in it) yet the damage is minimized if we are to do it on our terms. As with almost anything in life you should strive to define yourselves and not be defined by your opponents.

This is not to say we go and sell Lukaku. My preference is to keep Lukaku and give him the players around him to have us competing to win the league. If we have Manchester City levels of funding behind closed doors this should be achievable. Yet thus far, there have been too many words and not enough actions on that front. If we are still well backed- though not to the degree whereby we can outpunch our relative standing then what we need is a concrete analysis of a concrete situation. That would state that while we as a club are moving forward so too is Lukaku (his improvement keeping pace with our own). Also our improvement may not be quick enough to catch where Lukaku is at. There is no shame in acknowledging this and framing it in such a manner. There will be anger and confusion if we make out we have funding to match anyone yet we can’t keep our best players. The media will mock us if we allow that to occur.

The situation is not easy. It may have already gone too far. Can anybody begrudge Lukaku a move to Real Madrid even if we finished 4th? More importantly, is the recruitment of a top manager (who has shown he can develop talented players into consistent top draw talents) alongside a head of recruitment with a  flare for identifying those rough diamonds waiting to be polished mean that any one player can de-rail our development?

As Tim Booth remarked “Every answer found, begs another question”. By September we will have more answers.