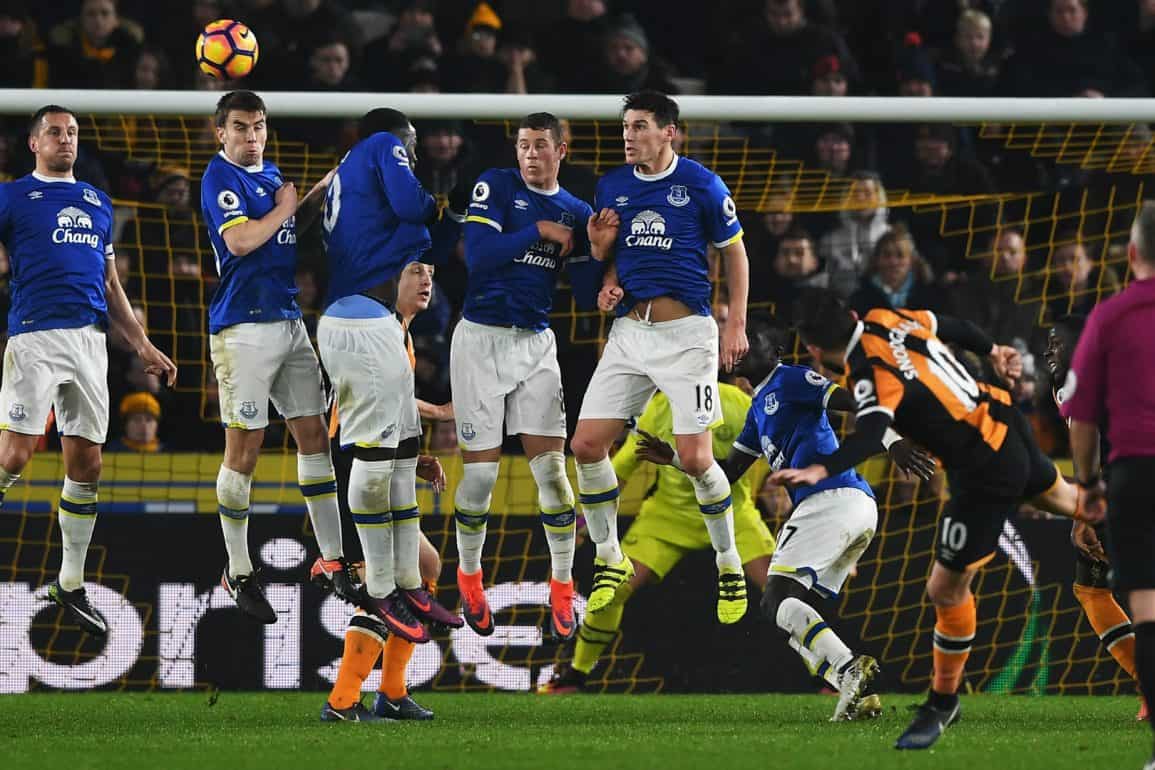 In this second of two articles, AndyC turns his attention to Squad Building…

During my time in ice hockey, I had the good fortune to talk with many coaches and learn some of their philosophy of squad construction.

Hockey is a squad game that – in the UK – generally comprises two goalies, six defencemen and ten or twelve forwards to make a squad of around twenty.

Basically, hockey is played by five skaters and a goalie on the ice, with the squad split into ‘lines’ comprising two defenseman and three forwards. All teams look to build three strong lines with ‘spare’ players to rotate when required.

If we relate this to the start of our season, I think most Evertonians would agree that in Stekelenburg and Robles, we didn’t have a genuine Number One goalie, rather two back-ups.

Recruiting defencemen, these are graded one to six – three left handed and three right handed players are needed (ideally) and then they’re paired with one being a defensive and the other an offensive defenceman.

In a vaguely familiar way, Everton have Baines and Coleman as the two primary fullbacks with Oveido (up till last Monday) and Holgate as the first reserves respectively.

With forwards, it’s a case of finding three/four left wingers; right wingers and centres. Again these are graded and assembled into groups of three comprising one of each. The trick is to form three equally strong and effective forward lines rather than one brilliant one and two lesser lines as that puts too much demand and expectation on the ‘top line’.

The general concept is to have a strong spine – a solid goalie, a rock-solid stay-at-home defenceman and a quality centre (forward). The offensive defenceman and the two wingers have somewhat more latitude in their roles.

There is generally no hierarchy on who has primary responsibility for the goals, though in some circles, the centre (forward) is the playmaker for the wingers to feed off rather than the other way round.

In Russia for example, the centre (forward) is commonly referred to as ‘the Despatcher’ as the defencemen feed the puck forward to him and he’ll ‘despatch’ it wide to one of the wingers before heading to the net himself to either take the return pass or feed on rebounds.

Right now, Everton are perhaps too reliant upon Lukaku as the primary goalscorer, we need greater depth of scoring aka those halcyon days of Sharp, Gray, Heath, Sheedy and Steven all chipping in.

So having decided on the depth of squad, some clubs may choose to go just with five defencemen and ten forwards – again, largely as a result of budget limitations or from choosing to go with greater quality from less numbers and hoping to avoid any long-term of major injuries – the key then is to sort the players into the most cohesive and effective five man units, lines.

There’s the often misused word ‘quality’. You can have incredibly talented players, but if the character or mentality is wrong, then the squad can be badly affected. Less skilled players with the right attitude and game plan can prevail… look at what Leicester achieved and Chelsea didn’t last season.

A lot is made in hockey of size, but as in footie, little ‘uns are often as brilliant and effective as big ‘uns. The one area generally where big ‘uns are better is the specialist role of the team enforcer, but as there’s no equivalent in footie, let’s park that aspect of hockey.

In compiling the squad, especially the quota of ‘import’ foreign players an enormous amount of time is spent trawling through statistics – games played, minutes per game, goals, assists and penalty minutes. More time is then spent getting references from coaches, former team mates and checking injury records – rarely is the agents’ word taken as verbatim truth.

Hockey is a global game, but another popular phrase is, “hockey is a small world” and as such, it’s rare that coaches and players don’t speak the truth when asked about a player – they know it’ll come back to bite them if they do – we can but hope it’s the same in football.

It’s a time consuming exercise, but using the ‘network’ enables coaches and team managers to build their own database of players to compliment official ones. There’s nothing better than getting multiple personal references and with video footage so widely available, the coach and manager can really go to work compiling a dossier on potential targets.

Players signed, the pairing of defencemen and selecting forward lines that compliment each other can initially be done on paper, but pre-season training is when the final line formations are put together when you see them skate and how they play together as units.

Where all this relates to Everton is that Ronald Koeman has a mental image of the type of game and style of football he wants us to play, and therefore the type of players he wants/needs to recruit. In looking to improve the squad, together with Steve Walsh, they’ll probably have an initially huge list of potential targets.

Experienced players who they’ve seen for themselves and younger, lesser known targets identified by the scouts previously provided with a list of ‘must have’ qualities to look for.

Recruiting the squad for Koeman and his staff to coach will not be a seat of the pants operation. It might appear to be a ‘let’s just sign x from y’ or cheque-book strategy, but there will definitely be science behind the moves they’re trying to achieve in every transfer window. (Footnote)

Walsh and Koeman will spend hours and days reading scouting reports, watching video and taking references before trimming the list of targets to meet the transfer budget, and then opening negotiations.

Footnote – Watch the movie Draft Day – Kevin Costner as a US football GM who expertly juggles and engineers draft picks on the day itself to get the players he wants to fit his game plan.