“The New People’s Republic of Everton?”

“The People’s Club” is a tag many Evertonians have been eager to shake off since the departure of David Moyes back in 2013. The Scotsman endeared himself to his new fans when he declared on arrival back in 2002, that the Toffees were “The People’s Club” of the city. A simple statement which resonated with the club’s supporters at the time, many of whom felt that they had lingered in the shadows of their neighbours’ success unnoticed for the best part of a decade and a half. 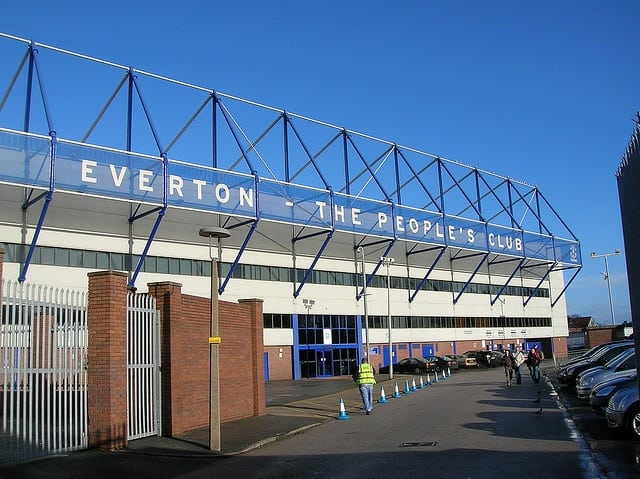 Evertonians were more easily pleased back then. Nowadays, expectations are a lot higher. Stating that Everton are merely a club of the people does not denote success. It is not a tagline befitting of our Latin motto. Glass ceilings were seemingly put in place by the old guard, only to start being gradually broken after Moyes’ departure.

New standards were first established by Moyes’ successor. For all his faults, Roberto Martinez set a precedent that has allowed Evertonians to not only dream of success, but to expect and demand it. He aimed high but ultimately fell well short due simply to his own flaws, combined with those of the board. However, last year all that changed when Farhad Moshiri shook up the club from top to bottom. Recruiting the best manager available, a title winning Director of Football, new board members, new singings with the promise of many more. Despite this transformation, and having achieved things that Kenwright & co could simply never deliver, Moshiri was still under scrutiny. However, it was at the turn of the year at the AGM when Evertonians started to become more widely convinced.

Moshiri assured fans of new revenue opportunities, as his extensive business networks and shrewd years of commercial experience promised exciting new prospects for the blues. An official announcement followed late on January 5th, as Everton declared their first training ground sponsorship deal. A lucrative naming rights agreement had been settled with USM, giving Everton 75 (SEVENTY – FIVE) million pounds for a five-year deal. Finch Farm was now USM Finch Farm. For 75 million pounds. Money for old rope. Of course, the figure was not the most interesting thing about this deal. As many were quick to point out, USM is a company founded by Russian billionaire Alisher Usmanov. Still not on the board at Arsenal, Usmanov it seems is restless at being denied by fellow billionaire Stan Kronke a seat in the Arsenal Boardroom. He wants a lucrative toy to play with and Kronke won’t give him his. However, his close friend and former Arsenal shareholder Farhad Moshiri is seemingly keen to play…

News of Usmanov’s investment in Everton was not met by universal positivity. Many (Liverpudlians) were quick to highlight UEFA article 5.01, which states that no person or club can have power or a stake in another participating club. A law also echoed by the Premier League, as conflicting interests in Premier League shareholders is forbidden. However, there is no rule to stop a sponsorship agreement between a company belonging to another club’s shareholder. And this loophole was fully exploited by Usmanov and his friends at Everton, as the Premier League gave the deal the go ahead. Ironic how such a “dodgy dealing” occurred days after further revelations of financial misdoings by Philip Green, a long term friend and adviser of Bill Kenwright and an alleged “shadow investor” at Everton.

Kenwright famously likened Green and his nous with money to Mozart’s musical intellect. In recent months, Green’s empire has collapsed spectacularly, and his past and current financial ties with businesses including Everton have been thoroughly investigated. Ironically, Mozart too suffered financial turmoil in his later years, however his legacy and reputation remain untarnished. The same can’t be said for Green however, who faces fresh trials and tribulations with each coming day. Fortunately for Everton, Moshiri’s arrival means that the club are hopefully shot of the businessman and his (allegedly) serpentine ways. For Green however, the jury is still out, and his tragic symphony remains unfinished.

Kenwright’s term at Everton has been perhaps the most divisive tenure of any Premier League chairman to date. Some despise his apparent selfish reluctance to move the club forward. Others praise him for keeping the club in a relatively stable position, especially when compared to the current state of other “big clubs” such as Newcastle United, Blackburn Rovers and Aston Villa. However, one shared frustration for most if not all Evertonians, is the failure to deliver on plans for a new stadium. The biggest failure in question? The King’s Dock plan. A waterfront stadium would have been an iconic statement, one that Kenwright desperately desired, but could not bring to the club.

But it is a plan that Moshiri has resurrected. Bramley Moore Dock is believed to be the location for Everton’s new stadium, and it is getting Evertonians excited again. The land has *supposedly* been bought, whilst Mayor Joe Anderson as well as the Bramley Moore Pub have been teasing fans with tantalising tweets suggesting that confirmation is imminent. If it goes ahead, this will be the jewel in Moshiri’s crown. No longer would Everton be firmly in the figurative shadow of Liverpool, whose new stand at Anfield has cast an almost literal shadow over Goodison. A water front stadium would be the first view of the Liverpool skyline for incoming trade and tourists from overseas. It would be an iconic change to the landscape of one of Europe’s most cultured and celebrated cities. Deliverance of this plan would leave no doubt in the minds of Moshiri’s sceptics that he is the real deal.

Having just turned 23, I like many Evertonians of my generation (and indeed fans of all ages), find it hard to accept that one of the most successful footballing institutions in this country has failed to deliver silverware for almost as long as I’ve been alive. A wait that will last another year at the very least. It’s a frustration that, for the first time in a while, can be seen to be shared by the Everton hierarchy. Moshiri pointed out at the AGM that he does not want the club to become a museum. We are not a bygone force to be reminisced about by ourselves and our unthreatened rivals alike. Moshiri has earmarked our potential, and it seems he has whispered it quietly amongst his friends in high places.

It would be naïve to think that businessmen such as Alisher Usmanov would be investing in our club merely as a favour to a friend. A revolution could well be coming – led by a Russian oligarch? Who knows. What we can say is, gone are the days of the plucky little “People’s Club”. “The New People’s Republic of Everton” may be a more apt tagline for the changing of the guard that has taken place, and indeed for the potential further transition that our club may face in 2017. All that remains now is for the players to emulate the Moshiri’s positive movements off the field with similarly strong performances on it.