chicoazul
Everton NewsMatch Previews
August 25, 2016
Three league games in before the most ill timed interruption there is. The international break, except only for those with an unhealthy obsession for Brext, UKIP, the Daily Mail and at least one St George’s flag tattoo.Ultimately you know the outcome of English shitting their pants when it comes to the crunch, but to be fair that doesn’t stop us Evertoning for most weekends. Apologies for the ghastly verb I made up there. 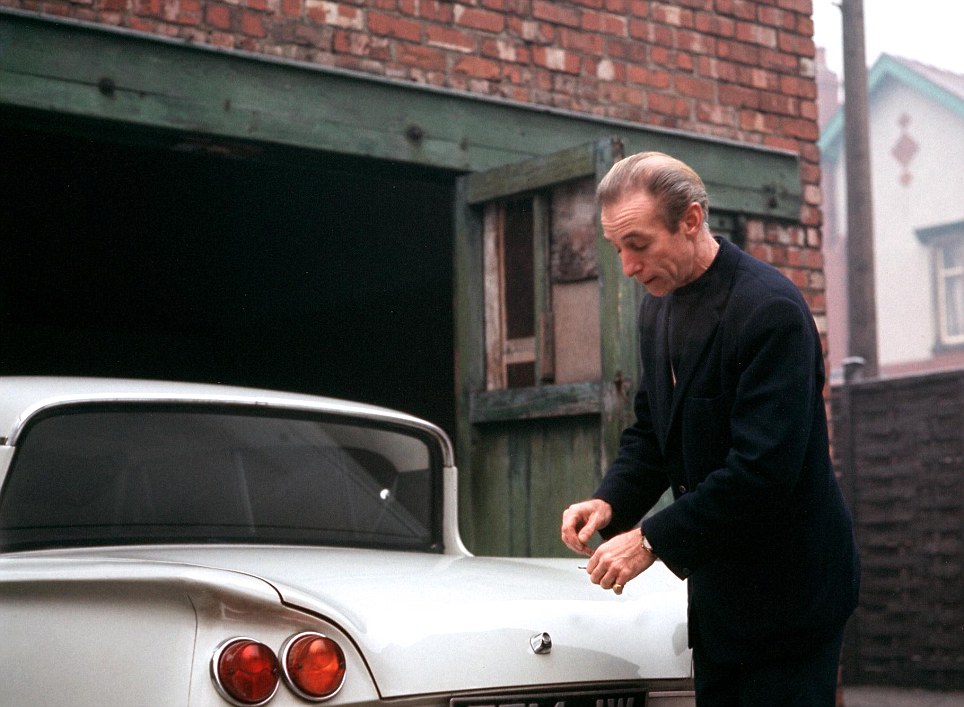 We’ve two games had since we last corresponded and by that I mean since you probably never had any awareness of this samey preview in the big void of the internet, or mistakenly clicked on a link by GrandOldTeam, or maybe just scrolled through the old photos. The Yeovil game was not even out of first gear with a few changes but thankfully not Moyes third round of the cup type changes, as we’re still in it. There was also a pleasing comeback win over West Brom where, if hidden misplaced symbolism is your thing, Koeman really announced himself to Everton with a sub after 35 minutes, changing the system and winning the three points.

Which lines us up at home against Stoke this weekend and it’s going a bit more pleasant than you probably expected – what with the lack of signings and 70% fitness things. However, Everton being Everton are masters of a spanner in the work and weekend ruining experts so we’ll keep any optimism toned down until a later date.

What about Stoke then? Well they are what they are and a very much established team in the Premier League, one which finished above us. You knew that, and a little later on I’ll cast some unkind stereotyping on them as that’s what we do in the interests of faux internet partisanship.

Stoke will be keen to put some points on the board as they have one so far from a draw away to Middlesbrough and a tonking at home courtesy of John Stones’ Man City which leaves on a run of one win the last ten in the Premier League, we can see where fate is heading for this weekend’s game.

They’re managed by an old ex player and foe of ours in Mark Hughes, with hair like a weekend break Scottish sky, who will receive no big love at Goodison on the back of looking down his nose at us when buying Joleon Lescott seven years ago. Clearly Guardiola learned his lesson when recently making a similar transaction for our valued English centre back.

This corresponding fixture last season was peak Martinez with Stoke taking a fantastic three points in a 4-3 away win. Head’s started truly rolling in earnest concluding in Martinez’s exit towards the end of the season. It’s a bit too early in his successor’s reign to be using this as a marker for perceived improvement, but same that same token we’d enjoying giving them a stern goosing in the interests getting this latest attempt at Everton success. 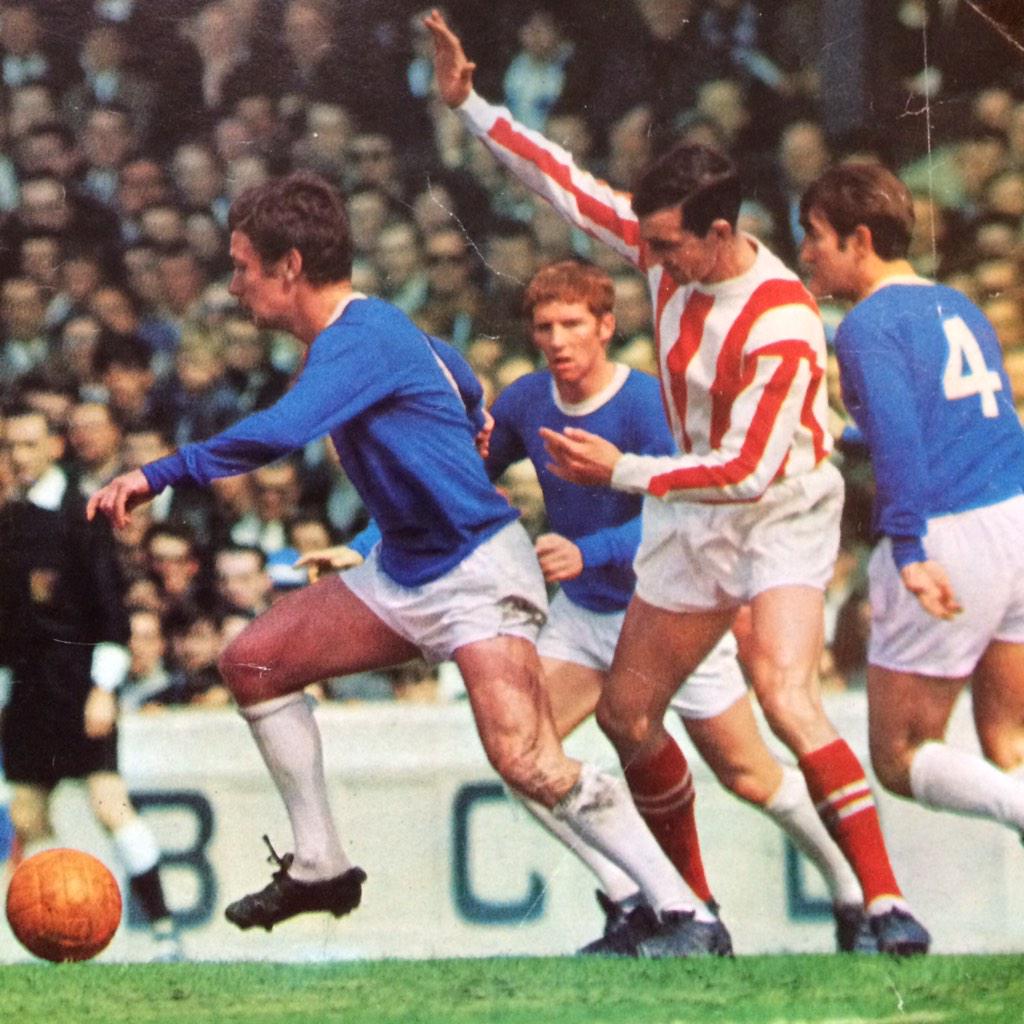 Stoke suffer a lot of stereotypes in both their football and people, many of which are unfair. They were symbolic of long ball and physical football under Pulis but under Hughes he’s added no small amount of skill and craft, resulting in a canny team that can beat you a number of ways.

The people of Stoke have also suffered from being from a smaller city and the locals being a tad “organic”. By organic I mean grown up without pesticides in muck and grime, and acknowledged only by cords wearing weirdos. It’s not uncommon to have a weekly arm wrestling night in the local pub, to tie up your Staffordshire Bull Terrier outside, drink a pint of Chinese and dodge dogshit like a drunken game of Frogger on the way home through cold streets.

That said we have to take things in context and when you put them alongside the other folk of Premier League clubs they’re preferable to most, they have a working class local parochial support, a keen appreciation of history and traditions and many of them eschew the ladbible/soccer AM/talksport brand of gobshitery that is currently terminally infecting the top of the English game. Another preview where I struggle to truly tear into the opposition for which I apologise, I kind of like them. 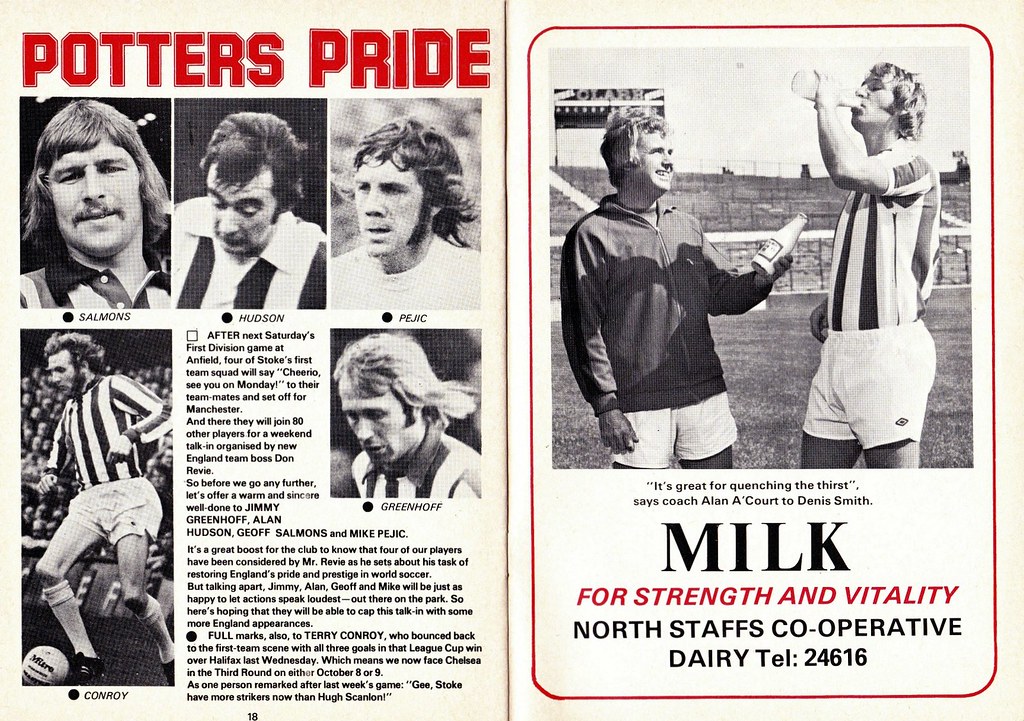 For those of you under 30 reading this and struggling to empathise with the weak analogy I urge you to bookmark this to read in ten years’ time so you “get it”. Because you will. 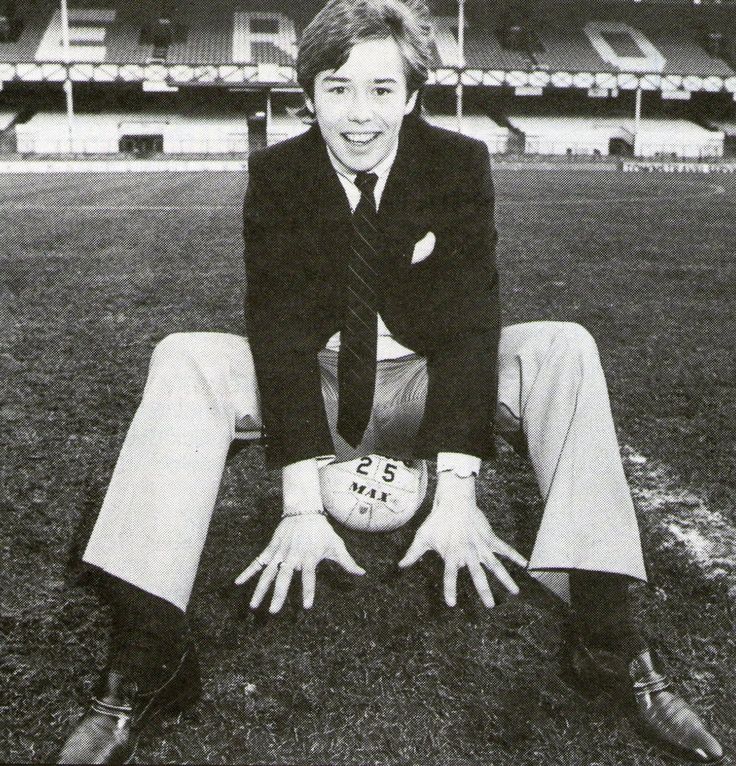 So, what did they vote in Brexit? Well you can guess from the following recipe:

Predominantly white working class populus/general below average education levels/smaller urban area with not much tourism or people passing through/Sky News being the prime educator for the happenings outside of Stoke/high % of female adults displaying gaudy tattoos.

If that was a recipe for a cake then it would come out tasting a little of xenophobia and ignorance. 58.8% Brexit it was. It’s no sweat as the European Union didn’t even know what Stoke was. 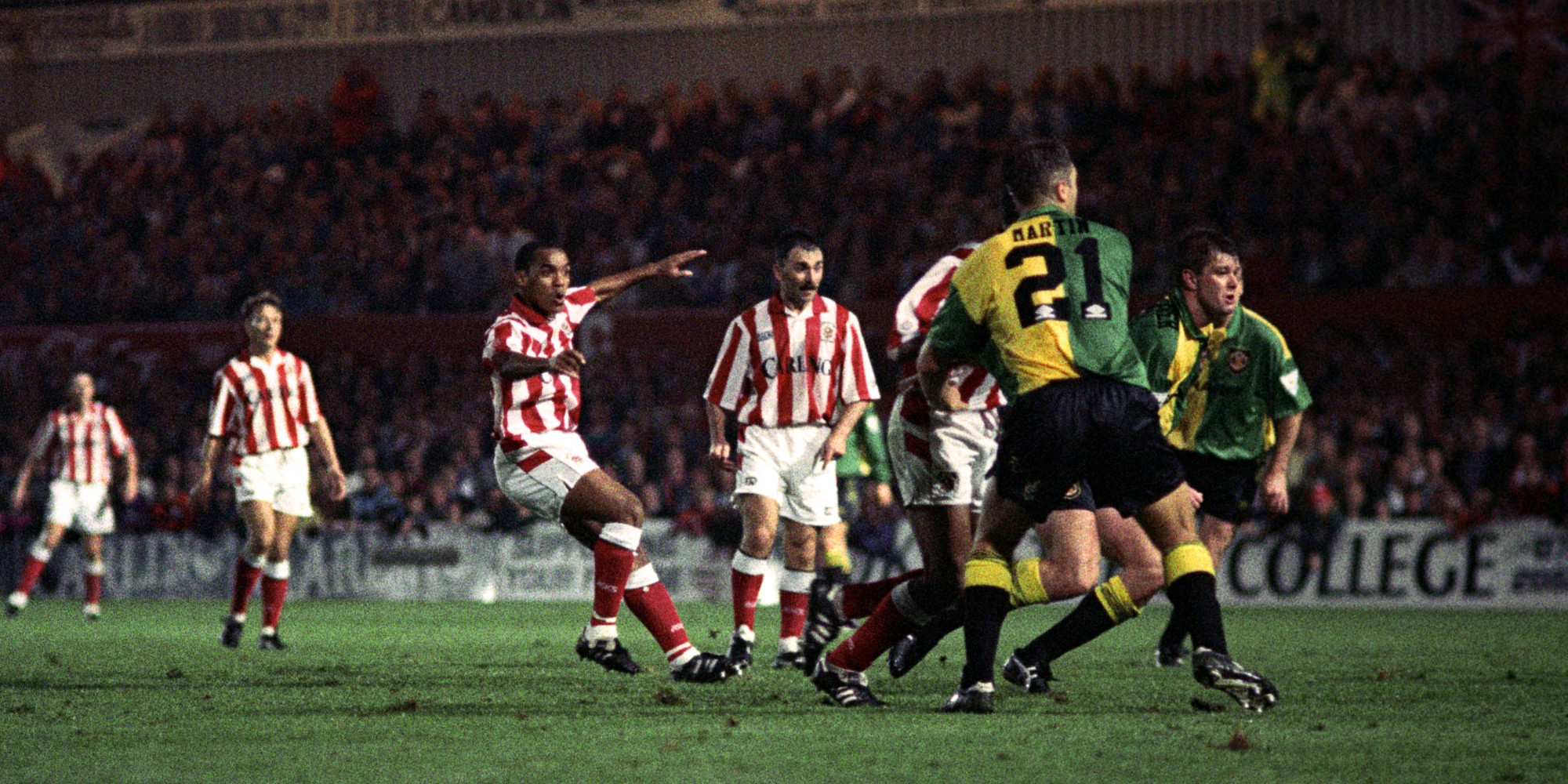 OK, a list of some of their players who may or may not play in this game:

Arnautovic – the Bavarian Bolasie who played Everton interest rather sweetly to get a payrise, well in.

Shaqiri – poster boy of the Shire, Cottee’s leg double, who has mad skillz and is a doubt for this game.

Walters – always pleasing to see someone from Birkenhead achieve success without selling heroin or via realityTV.

Glenn Johnson – remember how much Liverpool paid him a week and they all tried to pretend it was value?

Butland – ace young keeper who Barkley should tap up in England a-la-Stones-Hart but is a doubt for the game. 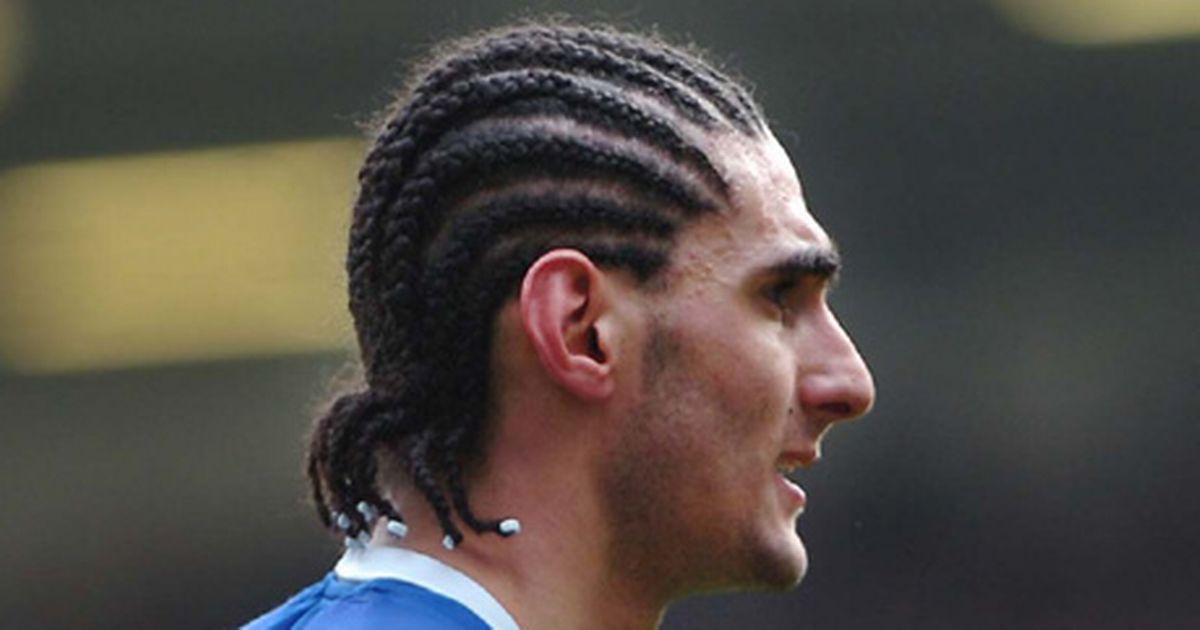 Big RoKoe with his shoot from the hip talking and face like a late summer harvest moon over rural Netherlands is going about changing stuff hopefully for the better and stop us being shithouses when it comes to getting results.

The presence of a larger male up front will be required and with tremendous timing it may just be the Kone you wasn’t expecting to make a stake for a place in the team. With Lukaku being a bit working his way to fitness, if not then the Deulofeu project which seems a bit doomed to fail.

I have slight anxiety that Koeman won’t get Deulofeu which would be a shame as there’s a match winner in there, albeit with the fitness levels of a latter day Anichebe. Mirallas seems to be keen though and that’s no bad thing as we may have forgot that there’s a cracking player in there on his day.

Stoke have a weakness at full back so this is the type of game you’d hope Bolasie may have some sort of impact from wide, whether that will be from the bench or from the start will be Koeman’s shout.

The most heartening bonus so far has been Gueye in midfield, not only for his interceptions but for the way he always looks to turn and move the ball forward through an effective pass or no shortage of skill and speed. The role of a defensive midfielder has been prone to change in times of late as you couldn’t get away with a Dog Of War in there as they’d be a liability in this no contact age, so the likes of Gueye can do a good job with timing and smart distribution. Early days yet but a paragraph to himself shows my optimism. 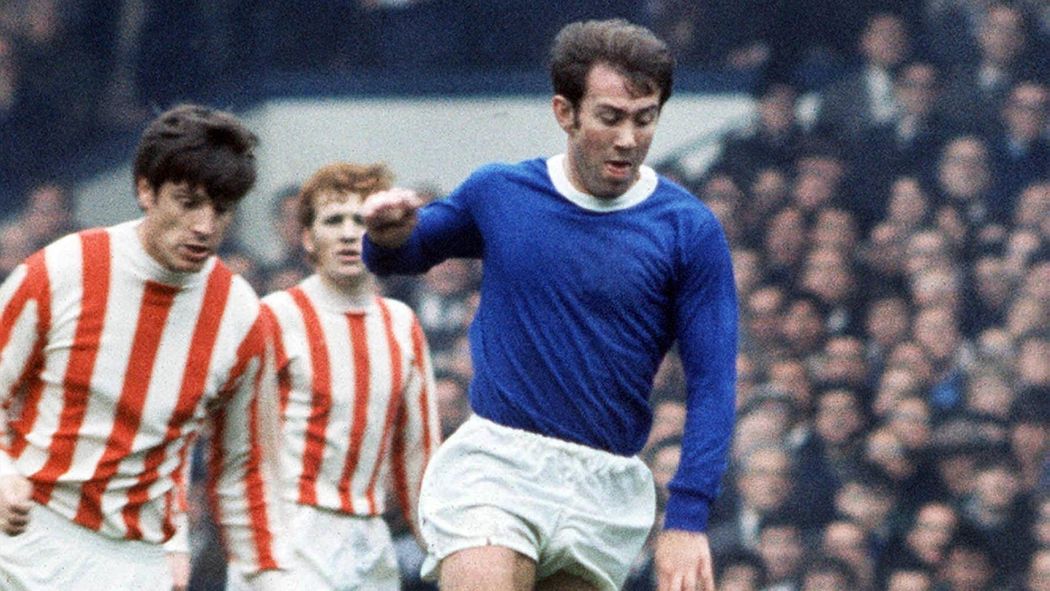 Barry has been fantastic and with no European distractions this season may be one of our key players. There’s a few options in the middle of the park that will be interesting to see try to develop. Not sure with the defence but I think it will be a four rather and five, and the height they have on set pieces and from wide may see Funes Mori retain a place despite looking somewhat scary in moments of key defending. Jagielka or Williams alongside him, or maybe even both together.

You could hear Williams shouting instructions from the other side of the pitch against Yeovil, we’ve needed some of this arbitrary attribute. Coleman is out still so there’ll be more Holgate who’s this year’s Galloway at full back. Baines on the left and the Dutch lad in goal who’s done well enough so far to have many not wanting the long time England goalkeeper to swoop in this week, some achievement.

Nothing more to be said really, right into these blues.