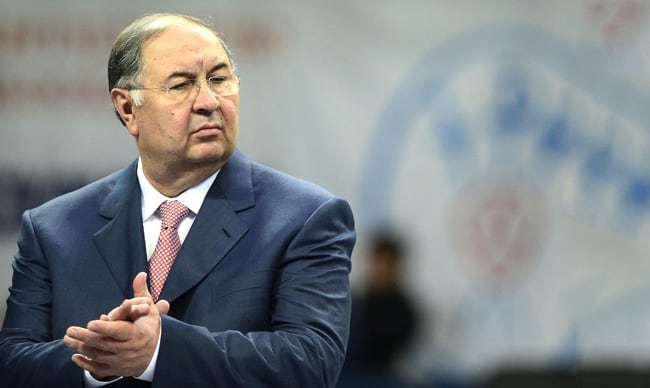 Much has been said and written about Usmanov and the chances of him investing in Everton alongside his business partner Moshiri.

Now don’t get me wrong, I’ll be delighted to see him do so, but there are reasons why I don’t believe he will, and there are significant practical problems to be overcome for him to do so.

Firstly it’s probably good to look back at the history of Usmanov’s and Kroenke’s investment in Arsenal.

The story goes back to 2007 – it’s fairly lengthy but I’ll give the shortest version I can.

David Dein introduced Stan Kroenke in early 2007 believing that his money could help Arsenal be more competitive in the Premier League. Kroenke bought Granada’s shares and a few from Danny Fiszman to take his holding to around 12 %. However, the Arsenal board were not happy with Dein and he was removed from the board in April 2007.

At about the same time Usmanov started becoming interested in acquiring Arsenal shares, forming R&W Holdings with Moshiri. Dein sold all his shares (14.6%) to R&W and became their Chairman. R&W started actively buying shares in the market, acquiring 21% by May 2008. Dein then resigned from R&W thinking that by doing so there would be an improvement in Usmanov’s relationship with the then Arsenal board.

However, the Arsenal board feared an attempted takeover by Usmanov and agreed to a “lockdown” meaning they would not sell their shares to anyone other than “permitted persons” through to April 2009. There was a further agreement giving the board first option on any director sales up to October 2012.

The board invited Kroenke to join them in September prior to the lockdown period, to ensure Dein could never return. However, in December 2008, a director called Lady Nina Bracewell-Smith who owned 15.9% left the board meaning her shares were no longer subject to the lockdown – critically she never showed any interest in selling to Usmanov.

Over the next two years Kroenke acquired another 3 blocks of shares taking his holding to 28.58 % in 2010, just below the critical 30% takeover threshold. Eventually in April 2011 he had acquired 29.99%. By this time R&W had got their holdings up to 27% through acquiring non board holdings ( but not Bracewell-Smith’s though).

On April 11th 2011 Kroenke in a takeover bid acquired the board’s and Bracewell-Smith’s shares taking him to 62% (there is an interesting sub plot to this, but for another time), R&W immediately refused to sell. Since this date both Kroenke and R&W have increased their holdings when shares have become available in the market to today’s figure of 67% and 30% respectively.

As a result of the failed takeover by Kroenke, and Usmanov/Moshiri’s decision not to sell their holdings to Kroenke, there has been total deadlock between Kroenke and R&W Holdings. As is well documented R&W have no board representation and their advice to the board and Kroenke is completely ignored.

Now, looking at the present position the theory goes that Moshiri sold his R&W shares to Usmanov allowing Moshiri to acquire his initial stake in Everton through Blue Heaven Holdings in the Isle of Man. Usmanov would then dispose of R&W to join his friend and long-time business partner at Everton.

Firstly, if indeed Usmanov wished to invest in Everton, why did he acquire 100% of R&W Holdings (30.04% of Arsenal) by buying Moshiri’s share; why didn’t Moshiri acquire R&W leaving Usmanov to come straight into Everton? Then Moshiri could dispose of R&W and join his business partner at Everton.

The biggest stumbling block for me is how does Usmanov find a buyer for his stake in Arsenal?

Several people have suggested Kroenke might be a buyer, Usmanov could find another investor, sell to his family or dispose of his shares in the open market (Arsenal being an ISDX quoted company).

Firstly, Kroenke being a buyer. Why would he do so? Why would he spend another £400 million on acquiring the remaining shares in Arsenal that would derive him no additional benefit? His current stake of 67.05% gives him effective control of the company, the board and future direction, spending plans etc. He does not have to acquire any further shares to strengthen his position.

Furthermore, Kroenke would be very much aware that by acquiring R&W’s shares in Arsenal he would then potentially face Usmanov as competition in the Premier League, competition that probably only Manchester City could compete with in future years. This would clearly not be a wise decision by Kroenke.

Finding another investor. Clearly the premier league is still attractive to investors, particularly overseas investors, but what would a buyer of 30% of Arsenal be acquiring? Well, obviously the shareholding, but as has already been demonstrated that guarantees no influence, board position nor dividends. Therefore, I have to question who would be prepared to take such a position, a minority holder in a business run by an autocrat? From my own experience very few investors would buy into such a scenario.

Could Usmanov sell or pass his shares to family members? The Premier League is very clear on this, and if he was to do so with the intent of buying into Everton then the answer is a very firm no.

Can Usmanov sell his shares in the open market? In theory yes, but this is a very impractical method of selling a large block of shares in a very illiquid market, and there’s no guarantee that he could sell all his shares, something he’d have to do in order to take directly or indirectly a significant (above 9.9%) stake in Everton.

Finally, it shouldn’t be forgotten that Usmanov has publicly stated his holdings in Arsenal are a private, non-business investment “for family members to benefit for generations to come”. It should also be remembered that culturally investor timeframes in Russia are significantly longer than those in the West.

Farhad Moshiri should not be over-looked in all of this either – this is a man that has publicly stated his commitment to Everton, has acquired 50% and has options to acquire over 75%, put funds into the club and promised significant investment in the future. Perhaps, despite his great friendship with Usmanov, and the great amount of time they reportedly spend discussing football matters, this is actually something Moshiri wants to do alone? He should be afforded the respect until such a time as Usmanov’s interest (should it exist) be confirmed.

To conclude I’m not saying that Usmanov will definitely not invest in Everton in the future, but I am saying there are clear obstacles to him doing so, and the evidence to date in terms of how Moshiri sold his R&W shares to Usmanov to acquire a stake in Everton, plus Usmanov’s comments re Arsenal suggest he has no intention of doing so.

*This is an opinion piece, views expressed are entirely my own