Gerard Deulofeu has captured the hearts of many of us since joining us initially in 2013, where he spearheaded an attack at the elite club of the Premier League, bursting through the glass ceiling and propelling Everton to 5th with a record points tally. He was, at times, a blur, as Roberto Martinez injected some Catalonian flair, the likes of which had not been seen before around our parts – where flashy wingers such as James McFadden applied their trade earlier.

Anyway, let’s have a look at how he got where he is…

Made by God’s Hand.
Deulofeu’s not-so-humble beginnings start with his introduction into the world’s most renowned football academy, ‘La Masia’ of Barcelona. He rose through the ranks quickly here and was playing for age groups far beyond his level, and still consistently impressing -then again, with a name that means ‘made by God’ in English, you could say he was destined for great things. He went on to make his Barcelona B debut in March 2011, in the Segunda Division in Spain – while still registered with the Junior team at La Masia- and his rise continued from there. 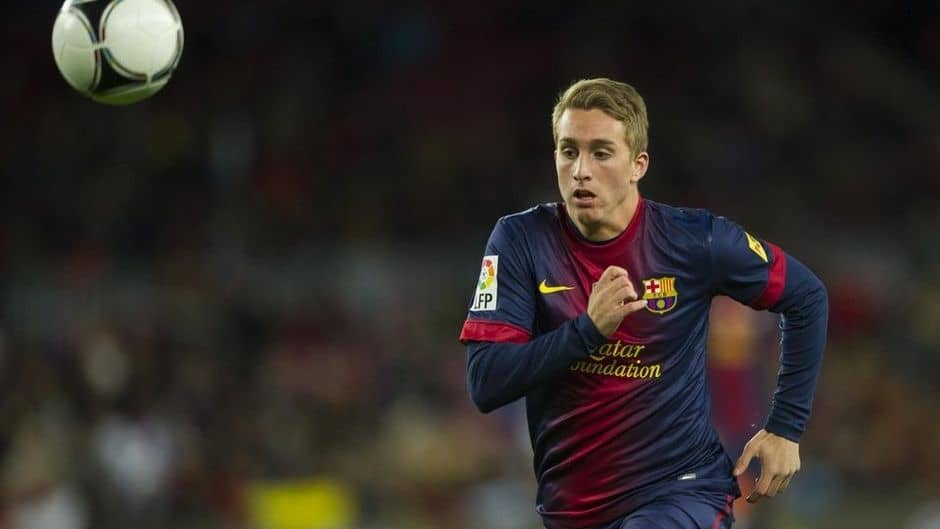 After a solid month playing for the B-Team at Barca, Deulofeu finally got his chance to play alongside the first-team when he was called up to the squad at the tender age of 18. He played over the summer in Spain in two Friendly fixtures against Guadalajara and Club América of Spain and Mexico respectively. Following this was a period of instability and insecurity for Deulofeu as he was tossed and turned between Barca B and the First Team for the 2011/12 season. A sign of future inconsistency?

A change of Atmosphere…
Geri’s talents were first broadcasted to the world during the 2012-13 season in the Segunda Division where he spearheaded a deadly Barca B team and hauled 18 goals leading to a 9th placed finish for the Catalonian outfit.

This culminated in Gerard Deulofeu’s chance to shine, as he was granted a loan move to Roberto Martinez’ Everton. Few would have predicted such a barnstorming season for Everton that year, in what was presumed to be a period of instability and transition for the Blues, after losing David Moyes after some 10 years with the club. Freshly relegated, FA-Cup winning Bobby was appointed and the Honeymoon period was well and truly underway. Anyway, enough about Martinez for now. Deulofeu was granted his first start as he led the line against League 1 outfit Stevenage in the League Cup, and he netted the equaliser on the stroke of half-time after a shock opener for the Boro. This began a love affair for Geri, as he slowly began to adore the Everton fans and the club itself (His love is reciprocated, and then some by the Gwladys.)

… and a change of Attitude.

The Premier League is a demanding, unrelenting league. So much so that 90% will have you rolled over and flattened by any team worth their weight in goals. So few would have predicted a 20-year old, wet behind the ears Catalonian to light up December on a cold, rainy night down in London. However, this is exactly what Deulofeu produced in what was, by a considerable amount, his greatest performance to date. He dominated the game against the League’s most consistent, well-oiled machine in Wenger’s Arsenal. The glittering display led up to the grand finale as he thundered in a strike past the Gunners’ Wojciech Szczęsny to gain Everton a gritty point. This was a key moment in Geri’s career as he truly discovered the significant work-rate needed to make an impact on the global scene. 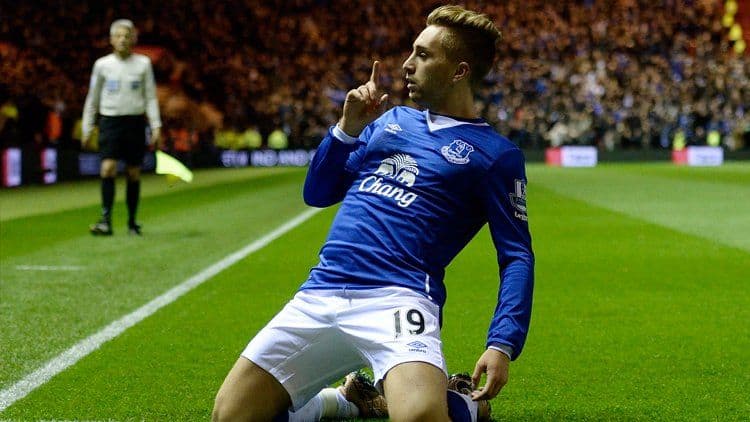 The magic-man would go on to become a diamond in The Blues’ crown as he discovered his adoration for Everton throughout the season.

A Tale told before.
Alas, Deulofeu’s Everton story would not get a fairytale ending as he returned to Barcelona for the 14/15 season as newly appointed Luís Enrique promised him a first team place. However, this would prove to not be the case at all, as he was packed up and shipped to Unai Emery’s Sevilla where a disastrous season would follow. He was voted into Marca’s ‘Worst team of the season’ and was hounded by Sevilla fans. All of this while us Evertonians were just wishing for his return and feeling almost enraged. He was like our family, now, and to see him in a state was quite upsetting. 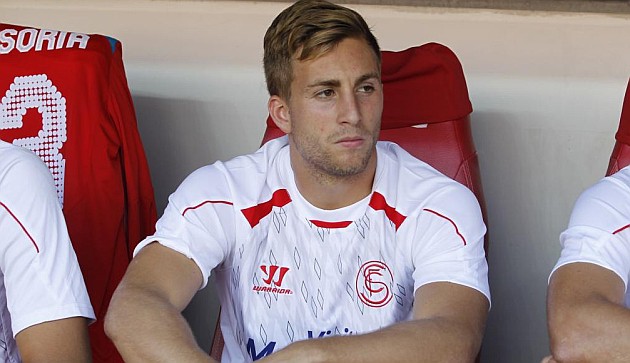 His situation was nothing new, as the story is a very similar one to many Barca fans, as personal relationships with coaches have prevented many a player’s career from progressing out of La Masia into the first team. A few years prior, Giovani dos Santos, another La Masia product, was kept in bad company and his attitude led to him being released by the club. In the 90s there was Iván de la Peña, who many supporters still believe is of the highest quality of midfielders the club has produced, yet he also had a predominantly underwhelming Barca career due to personal disagreements with coaches.

In a sense, it shows the harsh reality of Football that while tremendous talents such as Geri can be left by the wayside while others, such as that season’s boy wonder Munir was lining up alongside Lionel Messi and Neymar. His career shouldn’t have gone down that path, after a maiden year out of Catalonia, he should have been thrust into the first team and lit up La Liga. Things don’t always have a happy ending.

This tale though, is just beginning for Deulofeu, as he dramatically threw away his Barca career to return to his home-from-home, Goodison Park.

Geri was back in Royal Blue.

The Prodigal Son is home.

‘I felt loved.’
Deulofeu’s words on returning to Everton were powerful, as he cited the fans’ devotion for Football as a factor for returning. He dismissed any notion of other options and passionately said that he ‘always wanted to come back’.

It really is a love story for us and Geri, as we cherish him possibly more than anyone else at the club. We’ve taken him in and he has truly embraced what it means to be an Everton icon.
Anyway, back to last season (Although we don’t want to be reminded). Deulofeu was largely the sidekick in the early season Romelu Lukaku show, providing nearly as many assists as world-renowned playmaker Mesut Oezil in the first-half of the season.

His season tailed off during the tail end, as did the entirety of the squad’s. Roberto Martinez was sacked and Ronald Koeman appointed. After a blistering pre-season, Gerard Deulofeu’s part in Everton’s grand new play is yet to be determined.

Once he’s given the stage direction from Koeman, it’s up to the magic-man to give us a masterclass.