Not quite to the tune of “Goodbye Norma Jean”, but I suspect that a good many Evertonians, like myself, are somewhat saddened and disappointed that our club is about to lose the services of a superb talent.

John Stones is a cultured footballer, a far, far cry from the agricultural centre-backs of yesteryear and even one or two of today’s generation – and there are far too many to list here who could not hold a candle against him in terms of skills. 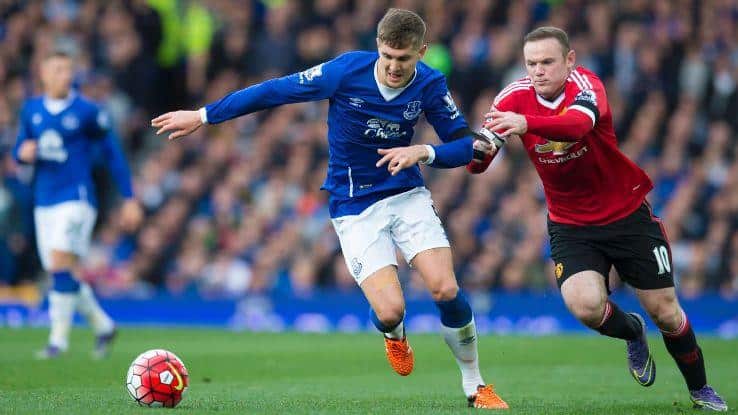 That said, young Stones is far from the finished article as a centre-back, if indeed that is or will be his long-term position within a Pep Guardiola coached Manchester City team or even a Sam Allardyce coached England squad.

On the deck, and given time, Stones oozes class on the ball. Striding forward majestically, he looks to use the ball constructively rather than just ‘getting rid’ and returning to his station to await the next foray forward by the opposition.

Anyone who was at or watched the FA Cup semi-final last season could see what happened in the second half when Stones began to play out from defence – Everton took control of the midfield and game and but for some poor finishing, progression to the final seemed ours for the taking.

Conversely though, in the air, John needs to be much better. He doesn’t appear to enjoy or relish the aerial combat so necessary in the British game and that is a flaw that many have alluded to in recent months and that his new coaching mentors will need to work on… if he is to achieve what many hoped he could/would achieve with Everton – greatness for both club and country. 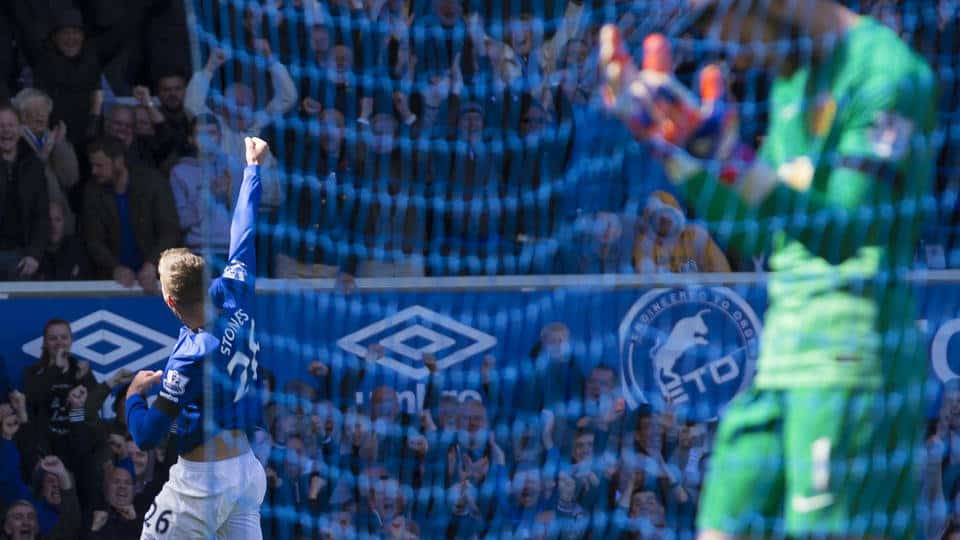 Certainly, Stones comes from a different style of centre-back play to the newly appointed England manager – Allardyce was the archetypal no-nonsense, rugged centre back and yet he played in a Bolton side that included Paul Jones, also a more cultured player for the time, so Sam will probably have some degree of empathy with Stones.

But as we resign ourselves to the departure of John Stones to Man City – a move brought about by the player possibly being as much disillusioned as tempted over the course of the past two seasons, coupled with the need for the club to abide by the FFP rules – it’s perhaps worth pondering for a few moments why many if not all of us are Evertonians.

In these modern times of fast-food and the immediacy of social media and the internet, it’s all too understandable that some football supporters hitch their wagons to clubs high in the media spotlight and winning trophies.

That is not the lot of most Evertonians – no sir. Of course we want the media spotlight and trophies, but we relish and demand style, class and finesse from our football club and in our football teams… and we are patient in the extreme aren’t we?

For over twenty years, our club has been bereft of silverware – yes, we’ve come close on occasions and we’ve enjoyed our occasional sojourns into Europe… has there ever been a fan base who so readily and enthusiastically haul themselves around the globe in support of their club? 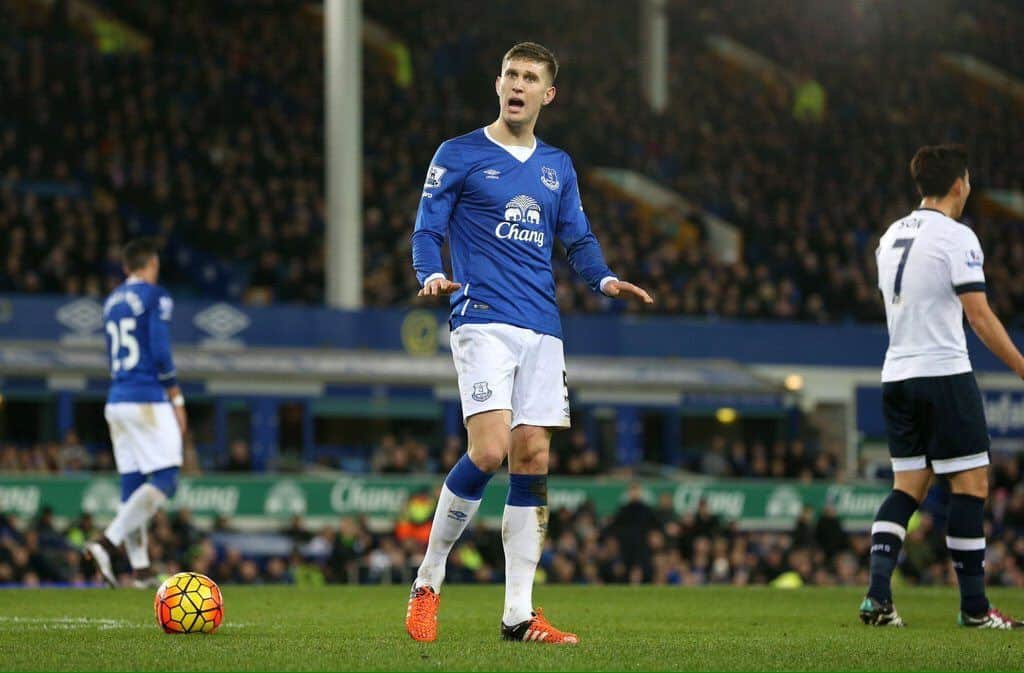 We laud our footballing heroes like no other club, particularly given the absence for too long of silverware. How many times have we watched superb individuals and wallowed in their skills even as the team failed? We elevate our heroes in Blue to deities, Alex ‘Golden Vison’ Young being arguably the primest of prime examples.

Those of us who are old enough, think back to the 1970-71 season… an Everton side that included the glorious Holy Trinity and that had swept beautifully, inexorably and majestically to the league title the previous season and yet, despite said majesty and finesse, came up short the following campaign.

The Gordon Lee era saw Bob Latchford and Dave Thomas strike fear into the hearts of centre-back and fullbacks, tearing teams apart… yet winning nothing. Duncan McKenzie regaled us with silky skills and utter class… yet won nothing as a Blue… and until 1984, we wandered a barren football landscape.

The Howard Kendall era saw the glory return as he constructed and moulded monumentally talented, passionate and determined teams that swept all before them, only to be cruelly denied what many felt was our true destiny, the European Cup, by things over which we had no control.

Allow me to offer you one, near perfect, illustration of what Evertonians want to see and will, to some degree, put ahead of bludgeoning our way to a trophy.

Cast your mind back to the recent David Moyes times and a visit to Goodison of the cash-laden Manchester City. Amongst the City ranks that day was Craig Bellamy and in a glorious moment the Welshman was made to look an absolute chump as Maroune Fellaini turned him inside out with the sweetest of little dragbacks and turn. Bellamy was left floundering and Goodison rose in appreciation to wallow in a moment of sublime artistry and skill.

Sat in the Main Stand, I turned to my daughter and said, “Most of this crowd won’t care if we lose today having seen that piece of magic!!” As it happens we didn’t lose, we won, but the point I’m trying to make is that we appreciate moments such as that like no other football audience.

John Stones earned applause and then raised eyebrows as well as blood pressure, particularly in the ranks of the Park End, with his twisting and turning against Spurs that led to his now infamous “Calm Down” gesture. His apparent disdain of the Row Z theory of defending – whilst laudable – is an issue within his play that he will surely need to address and almost regrettably take on board if he is to remain primarily a centre-back.

Acts of such self-assured confidence can be so, so costly if they go wrong and John has got things wrong on occasions. Largely we forgave him, as Evertonians want our players to be classy, skilful and majestic, but there has to be a Plan B in the mindset too.

John Stones has a lot of the tools that could see him become one of the best this country has ever produced, but sadly, lamentably, he won’t be pursuing and achieving those dreams and ambitions in an Everton shirt.

And now, with new ownership and leadership, and a new manager and coaching team taking charge off the field, Evertonians are once again about to pack Goodison out. Rarely, certainly not for over twenty years, has there been such anticipation of a new season.

John Stones most likely won’t be a part of what we all hope will be a steady rebirth of the School of Science, he is moving on and so will we.