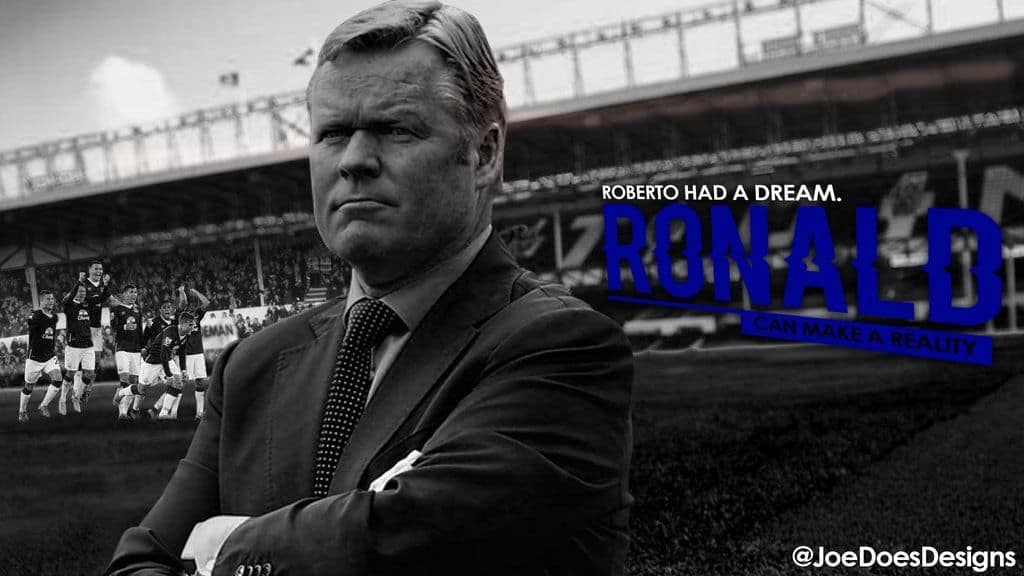 POLL: Would you like Koeman to be Everton’s manager?

With reports today claiming Ronald Koeman and his agent is in talks with Everton – we’re asking if fans would be happy with Koeman as Everton’s new manager.

Vote in our poll below – if your visiting on Facebook and can’t see the poll, please click here.

Koeman has been in talks over a new contract on the south coast, with his current deal set to expire in 2017, but reports in the Netherlands have claimed Koeman is on his way to Everton for talks along with his agent Rob Jansen.

Van der Kraan told Sky Sports News HQ: “Everton have come out all guns blazing to try and get the man they wanted in the first place.

“When Ronald made it clear that Southampton was his priority and that his heart was there, he wasn’t going to go. But, as happens more in football, sometimes when you say no the more they want you, and they have now come back in for him, and it looks very, very positive.

“They know that, when you look at the situation at Southampton, Ronald Koeman has a great set-up. He’s been boasting about the training facilities and the team he’s built there and got into Europe twice in a row. You can’t really say it can get any better.

“So for Everton to convince him, and come in for him a second time, means they have to offer him a massive package, with great prospects on the transfer market, otherwise there would be no point trying to speak to him at this moment.