Back to the nitty gritty then.

Do you love them still? Maybe not. But in time you will so quit the cold shoulder and at least let Everton back into your life on a game to game basis, the hugely disappointing bastards.

And what’s more nittier and grittier than a visit from way up north? More of that in a moment though. 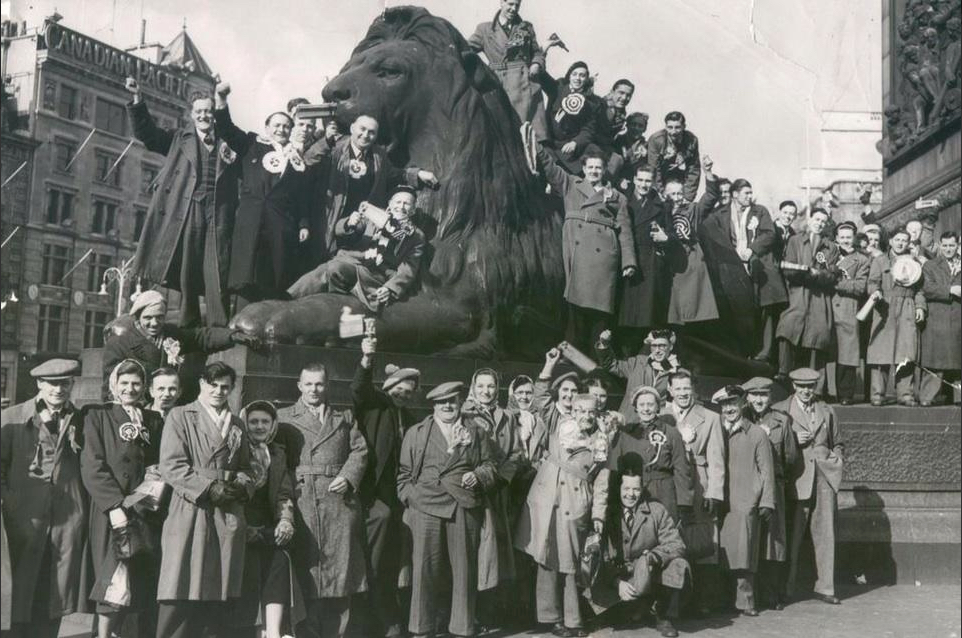 So, another league game for Everton which hasn’t heralded particularly good news this season with only six victories to our name. It’s all well and good talking about this potential (which I’m prone to boring on about) but really for a pretty talented squad that’s not enough, we need to swerve the focus on next season or the one after that and start putting some performances and hope into the current one.

Particularly hard done by are the season ticket holders who haven’t witnessed a home win in the league since November, you can sense it too as the arl fella with the quilted coat and irritable nature starts spraying spittle all over the poor fellow in front of him on six minutes when Barkley glances over his shoulder in possession to check the possibility of a safe ball backwards.

It’s quite a mixture at the moment, like a very bitter to the tongue soup full of ingredients that shouldn’t be there and the only way you’re going to make it palatable is by sprinkling some wins in there to relax the few, the many. 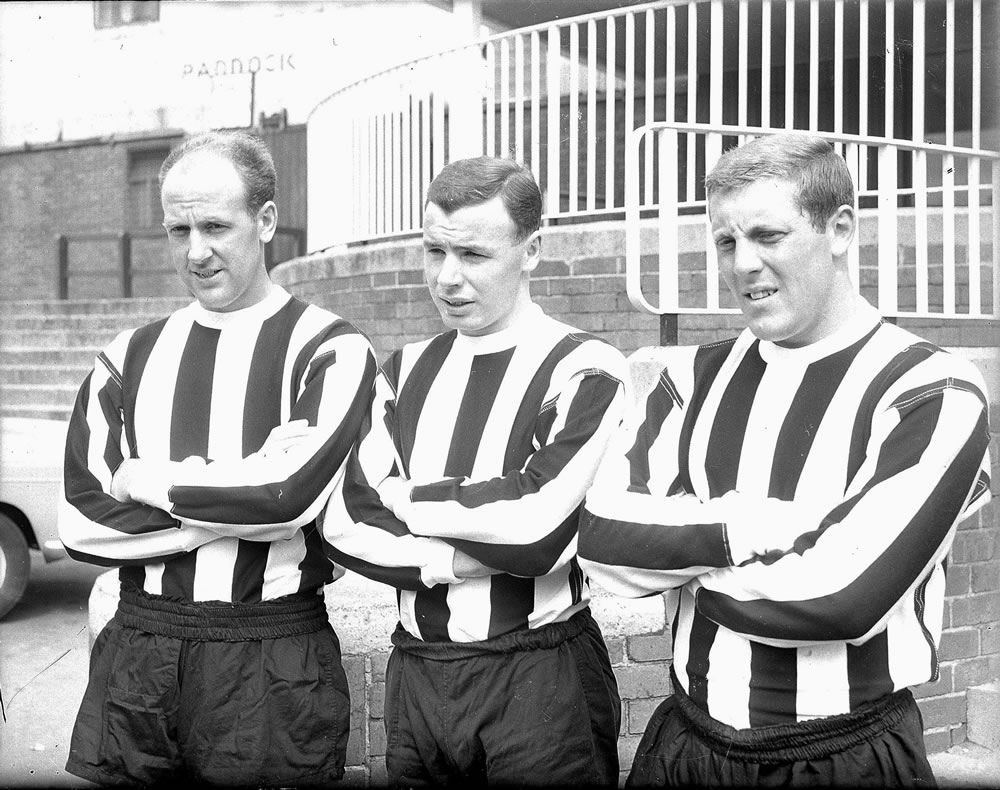 Problem is that you don’t know which Everton is gonna turn up. You have to consider all possibilities until you observe Everton on that day. So imagine if you were stood outside a sealed Goodison Park on City Road with Everton playing inside, but in a cup game that has the old Golden Goal rule. Which Everton have turned up? At any indeterminate moment one of two possibilities is going to happen and it will result in one of two outcomes. A boss Everton will turn up and prevail however long it takes or a crap Everton will turn up and dip.

So stood on City Road you have to consider that Martinez’s Everton exist in a superposition of both boss and crap at the same time.

Who needs a cat and a Geiger counter when the current Everton can make quantum mechanics even simpler? 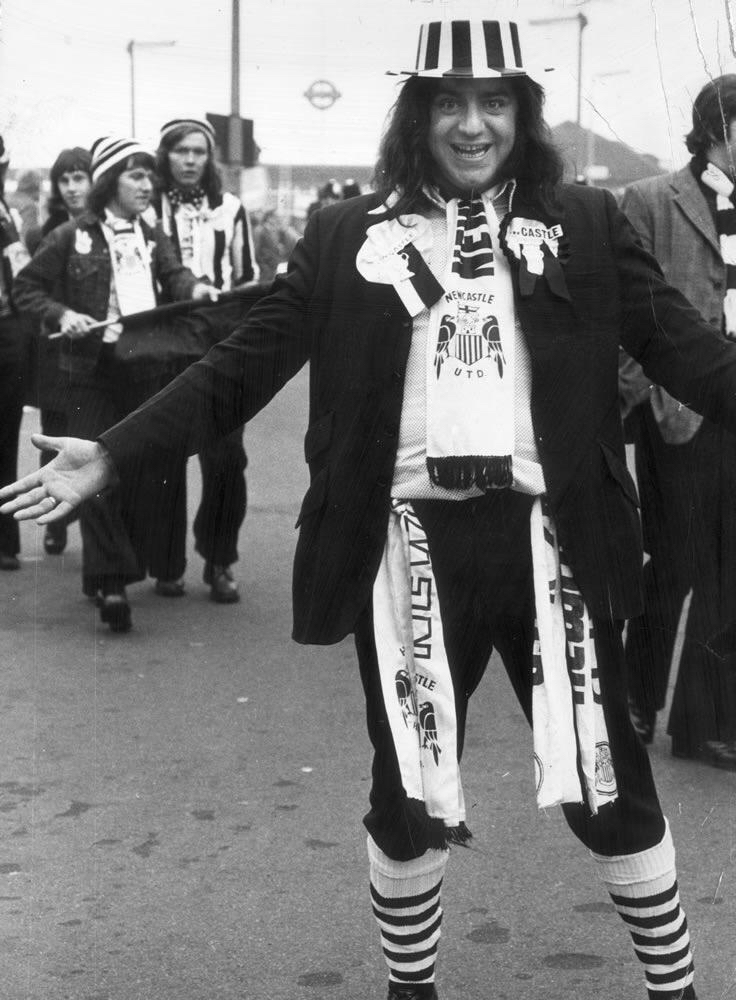 A quick look at the fixture list reveals that those black and white hype dogs of the Scottish borders are in toon (sic). A truly joyous time for Evertonians as we get to stare into the away end as one may when visiting the monkey enclosure at Knowsley Safari Park at creatures which have human resemblance but behave with impaired cognitive skills, but with many more visible red arses in the away end than the Safari Park. The turd throwing texans of Newcastle are here to hopefully meekly take a beating and then give many excuses about how they couldn’t fill their away end but how they have such a MASSIVE following because, naturally, they’re such a MASSIVE team.

It’s the worst case of size anxiety witnessed on this planet since the lad called mushroom had to shower after footie practice in senior school for the first time. They haven’t even got peyabs, because each and every single one of them are actual pubes. Crap trabbed nuggets with over elaborate hair styles who when they speak it sounds like two excitable Guinea Pigs being placed in the same cage together for the first time.

Why the animosity? There’s no animosity here, just pity because they wake up as geordies and go to sleep as geordies, the fat over exhubarant pisspigs. They’re like some crappy Latin soap opera that won’t go away and with the same self loathing need for attention as those most dear to us across the park.

Evertonians of a not very old vintage will recall them actually sneering at us when they had a couple of year spell in the nineties with expensive players and in true Newcastle tradition – winning absolutely nothing.

The only way to placate them is to spend big money on FIFA Career identified singings and parade them in front of the fans so they get some sort of pitiful excitement in a most glum north east existence. Then let them complain like mad over a fat egotistical and devoid of empathy owner, without realising that he is a gigantic mirror for their own behaviour and misplaced sense of entitlement.

I always preferred Sunderland and the Mackems any day of the week, they’ve won more than them too.

Still, they’ve a massive sense of humour and are everyone’s friends so they take this type of feedback in an amicable manner. Everyone’s favourite second team. Forever and ever. The Buzz Aldrin of football. They’ve signed a glut of players like an elaborate game of Top Trumps gone mad. It’s desperation on Ashley’s part as he’s desperate to stay a slice of the lucrative Premier League pie. Will it work? Who knows, obviously on typing this I fully expect them to come out revved up tomorrow and counter attack us to death and thirty thousand boos. But we won’t have to go to bed as a geordie, so we’ll really be the victors.

Here’s a list of some of their players who I know about and can be arsed writing about:

Mitrovic – boss on computer games, fat misogynistic hank who’ll score braces against Villa and be photographed with wannabe wags on the Bigg Market as long as they have him.

Shelvey – one bad hank without any redeeming feature, still pissing myself at the kopites purring him being “arr new Chabby Gerrard lar” and him turning crud, looks like every second male getting off the Wirral line at Moorfields.

Obertan – put a hen on his head for more than seven hours and it will hatch, and a load of smaller awful footballers who are fast but without any sort of touch or intelligence will run out of his skull.

Townsend – will score their third goal against us from 35 yards out with Tim Howard flapping at it like a yellow belt taking a fit as the ball flies past him.

That’s Newcastle for you, hope you learned something but I’d guess you probably haven’t.

Everton are the team that play beautiful football. By “beautiful football” I mean passing it ace around the pitch but failing to build up the lead they deserve thus allowing the opposition to seize on both our anxiety and loose defending, taking points off us that they seldom deserve.

Who’s going to play for these charlatans I don’t hear you cry? Let’s try and second guess that.

Lukaku should start because Kone played in the cup and scored! But then looked like he occasionally was stricken by a temporary force field that bumped him into odd positions and being terrified to shoot. Lukaku has been off the goal trail since he last scored and picked up an injury in the first leg of the league cup semi. I’d like to see a truckload more from him as we don’t know how long he will be here.

We’ve signed some African striker from Russia apparently but disappointingly didn’t display him in front of the Finch Farm school baths tiles, which replaced the celebratory Steven Hughes Bellefield tree in our hearts for confirming they’ve actually signed for us. The suckers.

I’m writing this before the press conference so have little idea of who will be fit to play or not, so that will affect Mirallas who I want to see more of as we all do. I reckon that Deulofeu and Lennon will start, with the later earning it for his performance on Saturday, if not then probably Pienaar as the sun sets on his career.

Ross was boss on the weekend and often turns it on against Newcastle, I don’t think he likes them much too judging by his tremendous shushing of them a couple of seasons ago. Could be coincidence that he appears to play better away from home, or could not. You work it out. 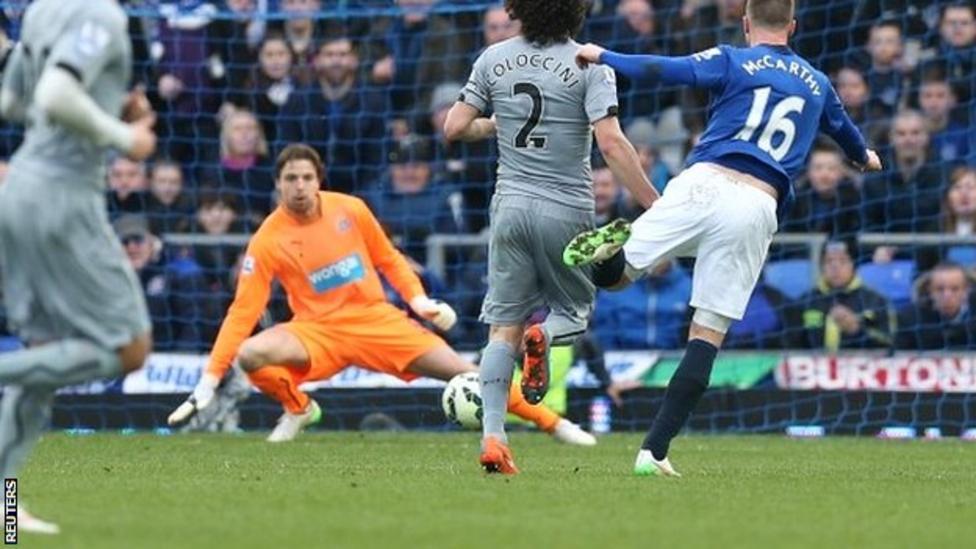 Barry will start in the middle and was McCarthy injured by that snidey tackle? Maybe Cleverley then alongside him who at present ‘looks a bit Scott Gemmill’ in the centre there.

Jagielka in defence means we concede not as many but who next to him? There’s a weird obsession going on with 21 year old John Stones not being in form, a natural occurrence for players, but the media obviously own him him now as ‘our John’ has played for England and will in their hearts end up at one of the clubs with more money than us. I’d leave him be for a few games to let him work his way through it and start Funes Mori, the dangerously sexy Argentinian row Z wellying renegade. Baines at left back and Coleman presumably at right back. Do you want to ponder who will start in goal? Nah, me neither. Let’s wait and see.

Apologies for yet another long preview so nothing more to say to close than punish these Everton, they’re everything we hope you never will be.

And for that they must pay.