chicoazul
Match Previews
January 1, 2016
Oh really, do you have to?From joy to despair in 5.6 seconds, it sounds like a car advert but that’s Everton. There’s not even tinted windows so everyone around can see the exact moment your heart breaks or you combust at their ability to ruin your weekend, month and entire year.

But what you gonna do about it? Exactly, so buckle up. 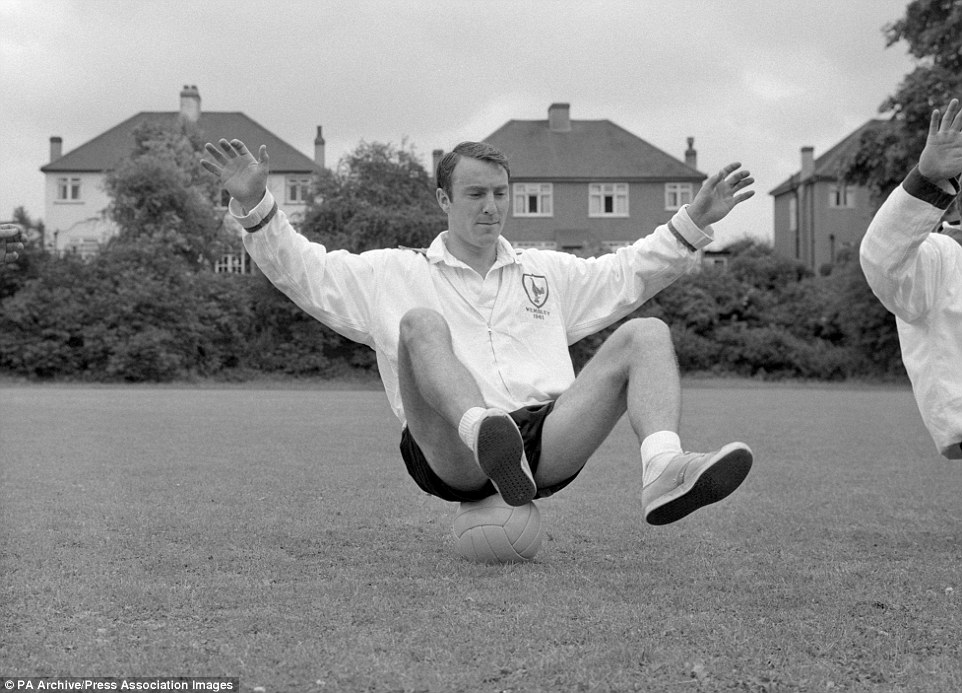 No need to go over the Stoke game as it’s another to confine to the do-not-remember-memory-banks but it’s only pushed further the tide of discontent against the manager with a number of fans wondering exactly where this is going? You know it’s been bad when Clattenburg wrongly awards a penalty against us in the last minute causing defeat yet all the chatter post game is going mental at Martinez instead of Clattenburg himself.

I hope we don’t forget what an utter kopite sympathising cockmonkey he is and that he gets chased out of Walton every time he attempts to set foot in it. Never, ever forget.

That doesn’t let you off the hook either Martinez lid, just sort it out will you?

So time to look forward to our next game which is a non too appetising fixture against Tottenham Hotspur on Sunday so – glass half full – the bodies around you in the stadium will mercifully have two days to clear itself of any pugnant New Year’s celebrations smells.

Spurs (abbreviated to this from this point on) are going through a season of improvement under pug headed Pochettino of the shrunken facial features. They’re tight in the defense, aggressive in the tackle, play nice passing togger and are not short of some flair up front – basically all the nice things on the planet that Everton fans wish of their own team.

In amongst the inconsistency and chaos of this season’s Premier League they’re very much worth keeping a close eye on to put together a push for the top or close by. To temper that it’s also worth remembering that they suffer the same penchant for throwing it all away as we do. 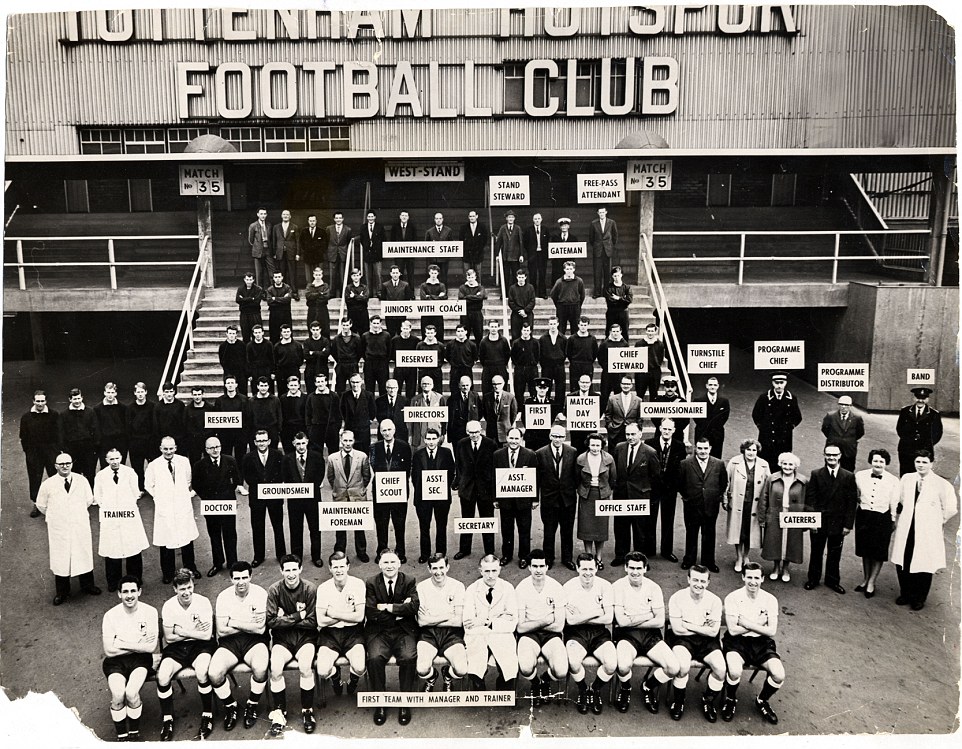 I take on board the feedback provided by the 6 people who usually read these previews and of late it’s been noted that I’ve been “too kind to the opposition”. If you wanted to read empty placades then you’ve got a whole host of stat and media based previews to read from, so it’s in this spirit that we cover the opposition.

Chas and Dave fingered all their mothers at some point and no mistake. Caghoul wearing cockney plums bouncing through a really turgid North London estate and thinking that they have an urban edge to them while their missus is at the local wine bar getting tucked into by slicked back haired bouncers who all claim to be ex special services – but can’t talk about it – because they disappeared for four years in the nineties when they went to Malaga and worked as a PR on a bar and found steroids. State of the tattoos on the them, the phoney fat beak addled biffs.

It’s a microcosm of society that Nigel Farage would tell you is the Best Of British, despite the rest of Britain having complete distaste for the fraudulent scruffy tools. And here they are: ready to lord it on some grim northern pavement as though they’re on a personal commissionary from our overlords. When they sing their songs – it sounds cockney. When they walk past you with their head down for fear of a beating – they smell of cockney. When they take their jacket off and the top button is fastened on their jarg polos – they look cockney. It’s an assault on your senses and you should not stand for it. 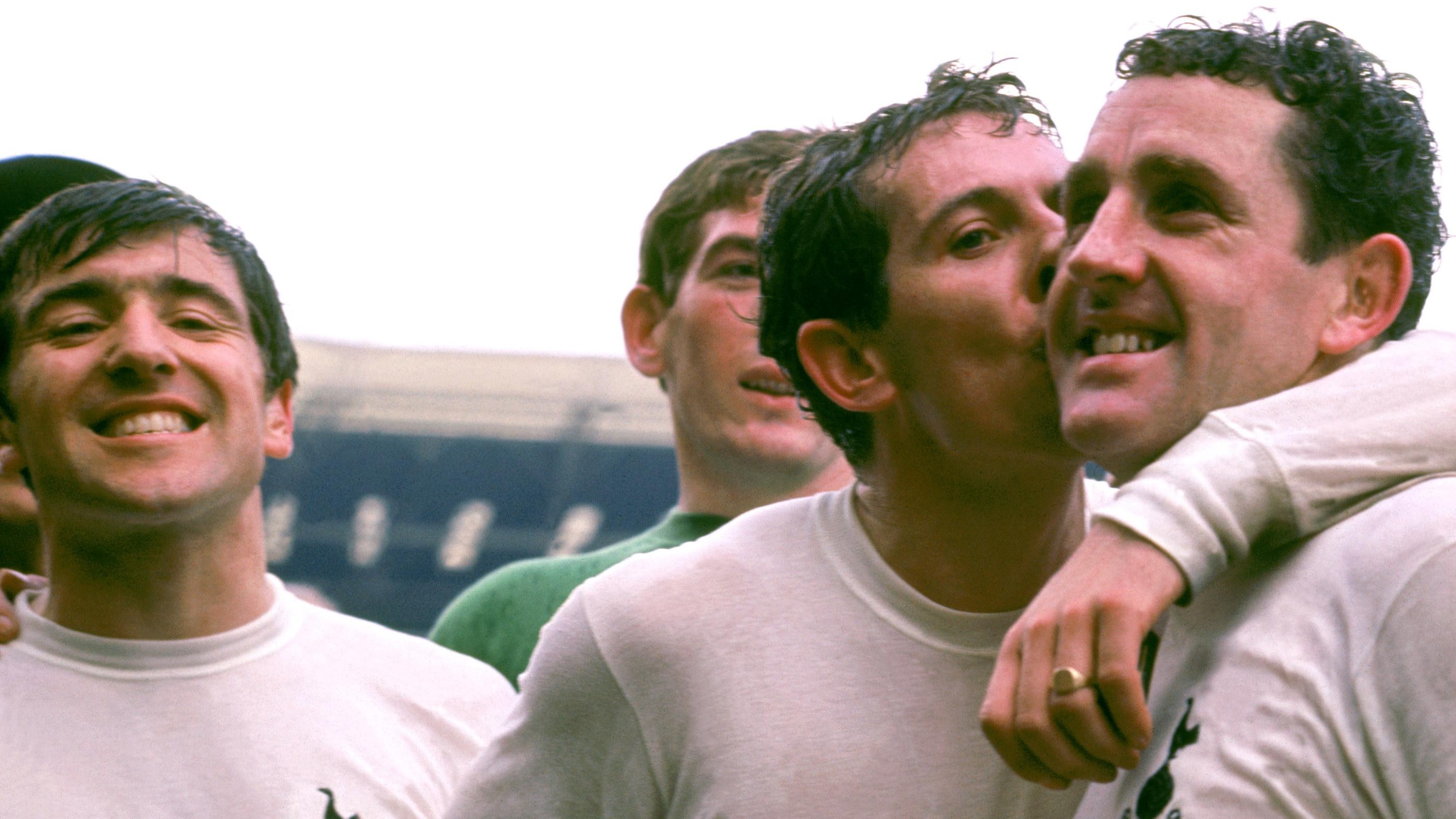 We have won a full more seven league titles than their paltry two and they best not forget it. They owe us homage. March them all – Terry and Dave and Dazza and Barry, every single last meffy last one of them – to the Dixie Dean statue from their trains, coaches and cars and make them get down on their knees and pay their dues. Or we’ll slay them right there and then. Bring Mark Falco out of his after dinner speeches for 60 people and throw a burger at his head and get Southall to just sit on him right there and then. What’s our name? We’re Everton you filthy mugs. Now get in the stadium and pipe down or we’ll too tuck right into your cheap cocaine tainted women.

How was that? Convincing enough?

Only messing, I actually much prefer them to the Arsenal fans who are weird bores. I’d also be happier if they won any title up for grabs this season than the other offerings about too. So let’s take a look at their players. 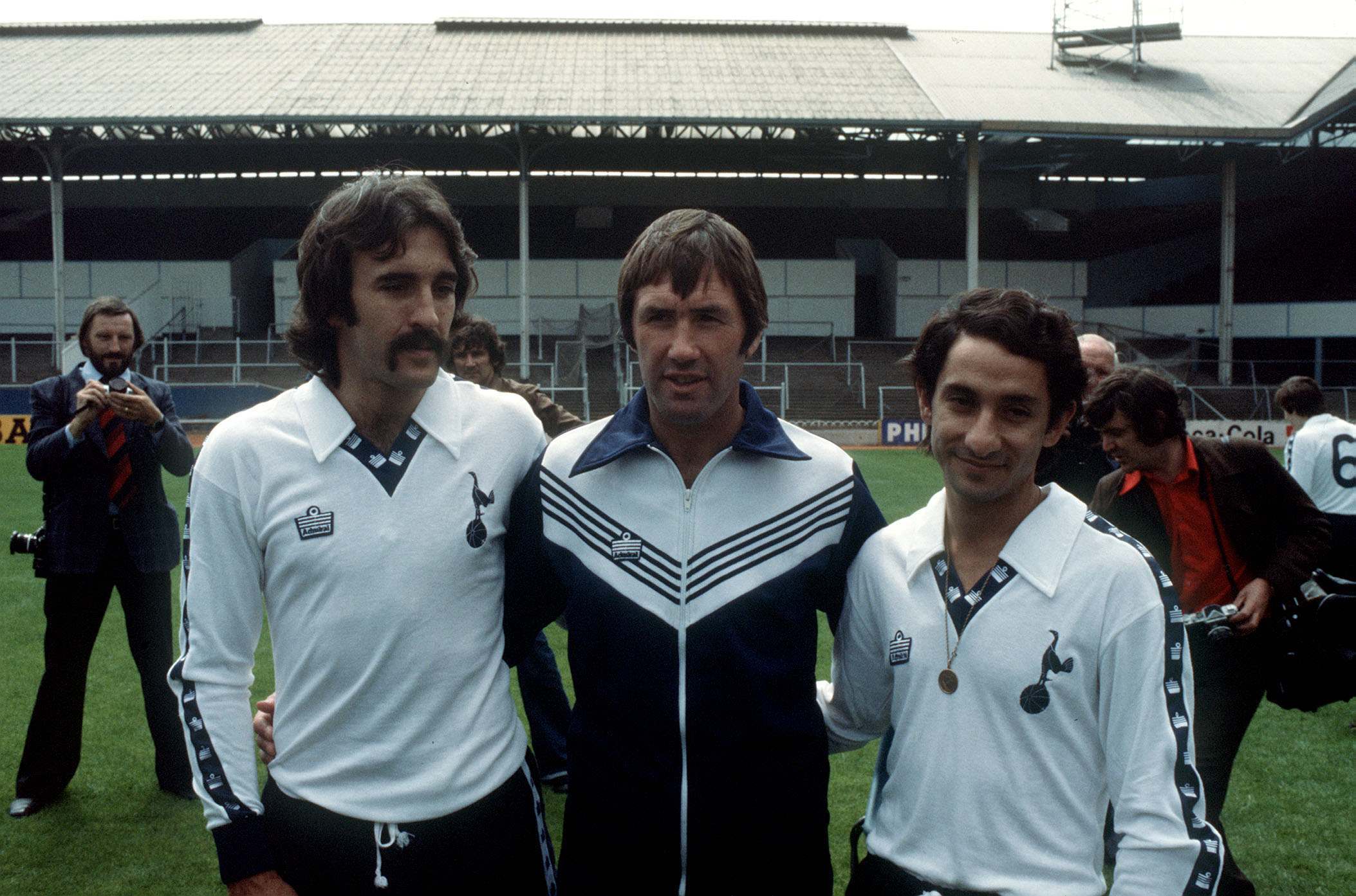 Harry Kane has a face that should be starring in small civic centre pantomimes where he is grooming children and urging them to pick a pocket or two. That apart he’s a more than a useful striker and a throw back to ace centre forwards who are not overly proficient in physicality but just love scoring goals.

They have options behind him like the occasionally excellent Erikssen and the impressive Son but the player I’ve liked most for them this season has been Lamela who is realising his potential under his compatriot coach. Not that you care one jot who I like and who I don’t, but just throwing that out there so when he curls in the crushing fourth goal and winner I can act smug as though I know something about football.

Deep midfield will contain Dier for who we are absolutely plums for letting escape our clutches, he’s done well in adapting from full back to central defence and finally to midfield. Thankfully the excellent Dembele is out injured for this one, he’s been terrific this season. 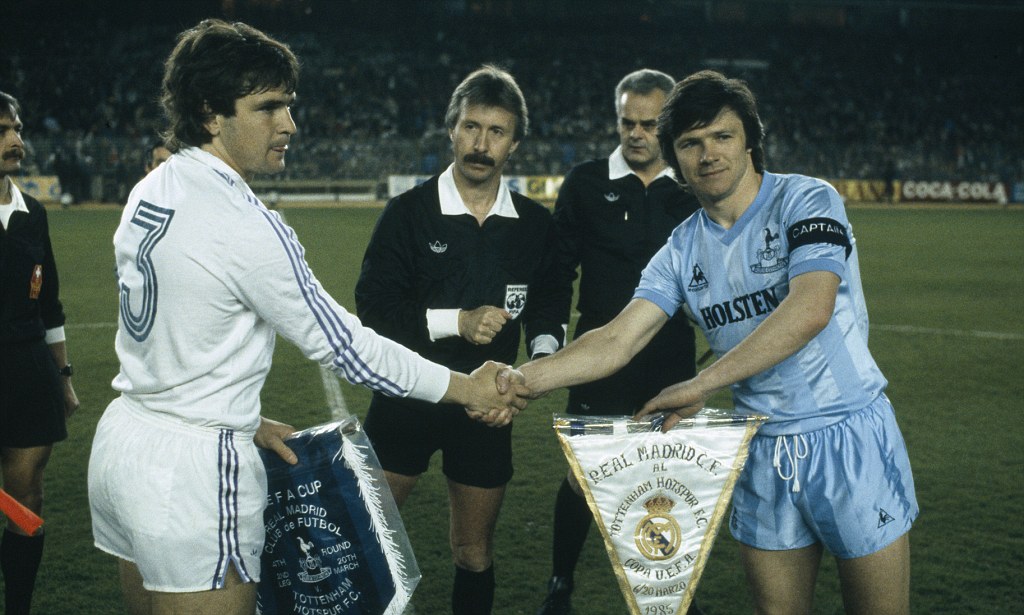 Alderweireld and Vertonghen are very under rated central defence partnership with a bit of everything you need to succeed and they have full backs which stop crosses and even if they get through they have a goalkeeper who isn’t sentenced to 15 years hard time served on his line.

Enough of Spurs? Me too. They’ve a very useful team and they’re more than capable of giving us a shoeing if we continue to piss goals and have the tactical awareness of a rabid horse that’s lashed it’s jockey off and has smelled the doughnut store. 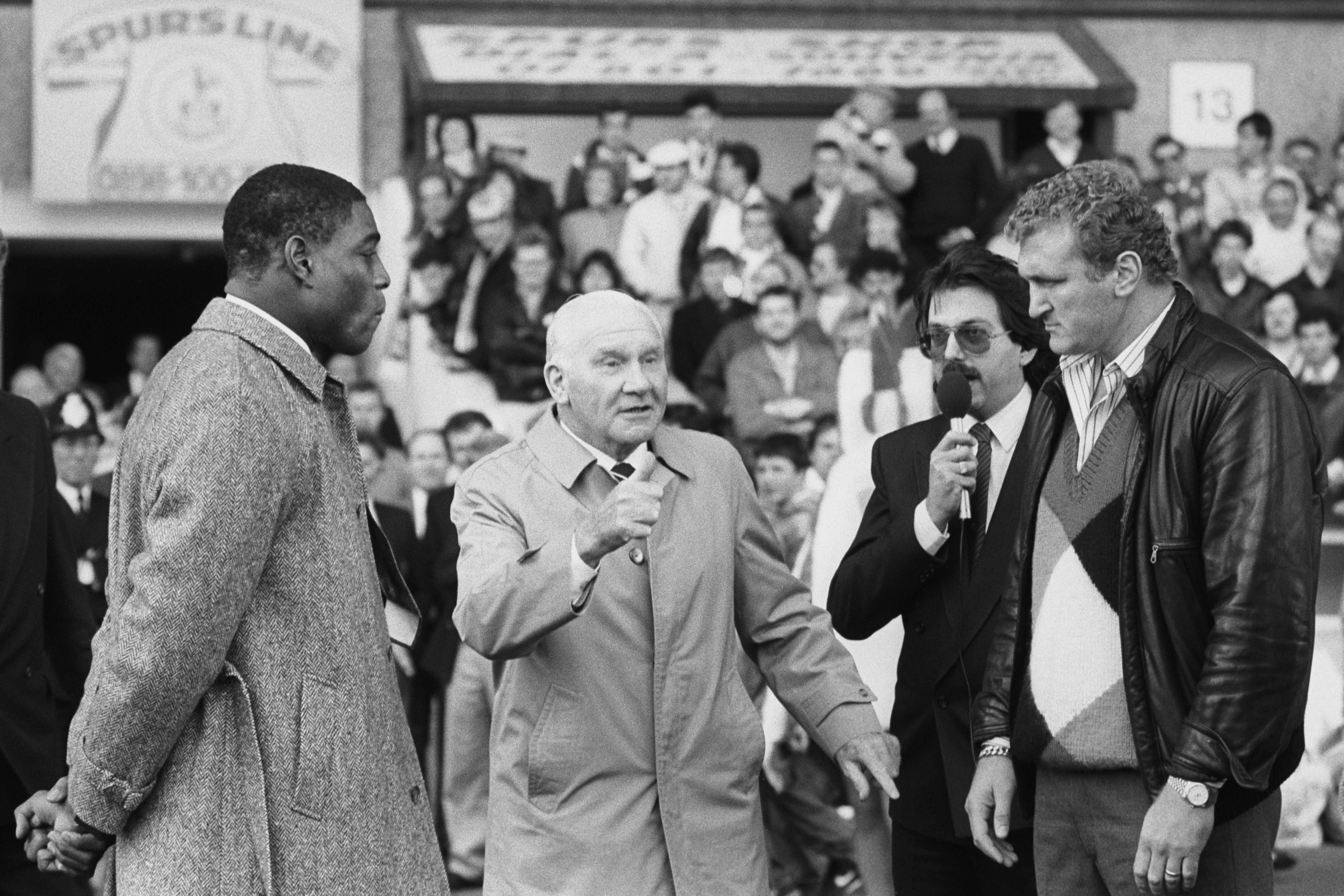 In that spirit we’ll have a quick look at Everton and it’s fair to say that if we didn’t have Romelu Lukaku then things would look considerably grimmer. In the age of superstar players and creepy agents we may have to get used to not having Lukaku unless the team bucks it’s ideas up, or even if they do. Not that we’ll sweat it because if any of you overpaid shitbags think you can turn your noses up at Everton then we’ll march you too, hand up your back, to the Dixie Dean statue outside and make you lick his feet. Just wait until Kone starts up front on his own on the first game of next season, “shiz gonna be loco”.

Barkley is moving around in the middle sometimes deeper and there’s no criticism there as in the final third of the field we’re doing significant damage. Deulofeu wasn’t at his best against Stoke, neither Kone, so with Martinez’s comments of resting Mirallas and Lennon I wouldn’t be surprised at all to see them both or at least one of them start.

Barry will be in the middle, who plays with him is another story with McCarthy definitely out and Cleverley carrying an achilles injury. Moving Barkley back there is one option but our propensity for shipping goals I’d wager Gibson is a surer bet there.

It wouldn’t be unfair to say we’ve our problems at the back with much naivety shown over the past month and whilst it’s in some ways understandable, the unshakable confidence of Martinez in his young players won’t stop our goal conceding problem so we have to hope Jagielka makes it back sooner rather than later.

You know who’ll play there so we’ll finish with the goalkeeper who has been a good servant of Everton but is now a massive dagger with thousands of hands from the Lower Gwladys Street grabbing at the handle and trying to slash Martinez with. Him reacting back to this mocking claps from his own won’t help the love grow any more, so expect this particular drama to get more cutting. Our young lids are wonderful acidic and fierce when you poke them in such a way. 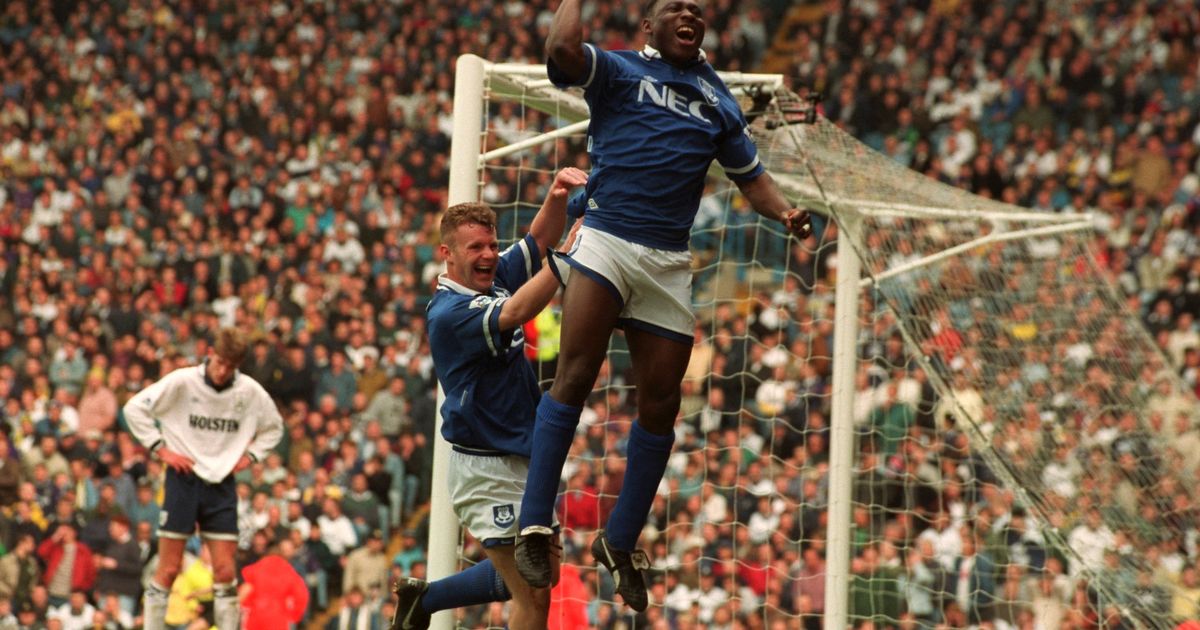 And that’s it really, there’s no way of knowing which Everton will turn up only that there will be goals along the way. Hope we score more than them.

All the best. Nothing but the best.