Maybe weekends would be better – at your age – whatever your age is – without this magnifier of your emotions.

Derby day came and went. A lingering sensation of missed opportunity was the overall consensus as a very average and ridiculously expensively assembled Liverpool side done a good number on us in the first half but second half their arse went as they realised they were on the pitch against much better players. So Everton didn’t give them the humping that they would us if the shoe was on the other foot, as it has been too many times before.

Still that’s progress right? The worst news was the sacking the following day of solid Evertonian idol Rodgers. Oh my God they killed Brenny. You bastards. 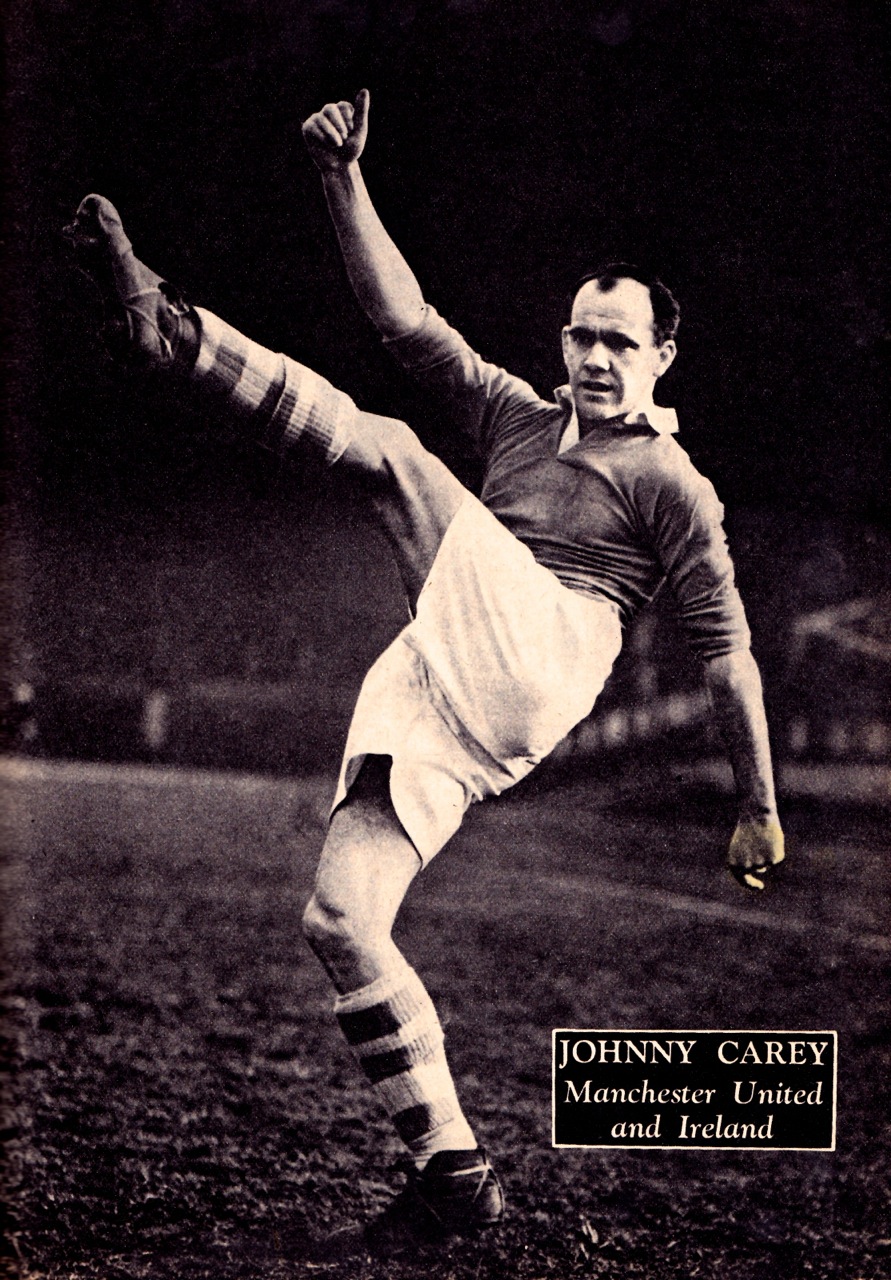 I’m sure he’ll turn up sometime soon but there was something tremendous about having the bad texan leading them for a few years and their legion of biffs hanging off every carefully scripted word. He further compounded the club as a figure of fun for wider footballing world and for that we should be grateful. He also over saw the second greatest footballing moment after Michael Thomas in 1989 with the Make Us Dream movement spectacularly coming apart with a Gerrard slip and a Crystal Palace fightback.

Much to admire about Rodgers, best of luck to him. He was replaced by a freak elongated Ewok with a boss dentist. Hold on tight as they suddenly become more Teutonic than drinking beer with sausage and massacring Slavs. It’s great to see them celebrating luring ex Dortmund managers with a fever they a long time ago reserved for winning cups. Our second game of shitemonth pitches us against a team that despises them equally as us. But obviously in a more scruffier way of despising. It’s Sky Sports’ Team Of The Millennium arriving at Goodison in Manchester United plc.

It’s at this point where for many years Everton would meekly roll over onto their back and urge a gentle ruffling of our abdomen but there’s been a change in recent years, especially at Goodison where they’ve beat us just once in seven seasons and we have won the last three on the bounce.

Supposed hoodoos and mental blocks are a good thing when you’re not Everton at Elland Road or White Hart Lane so we should celebrate the amount of times we’ve interrupted their choir of gobshite songs of late to stick it right up them. Is there any need for all of that palaver? I thought you were meant to be dead casual and terrace cool? Shut up then and watch the game. UN-I-TED! Except you’re from Kent you ted. 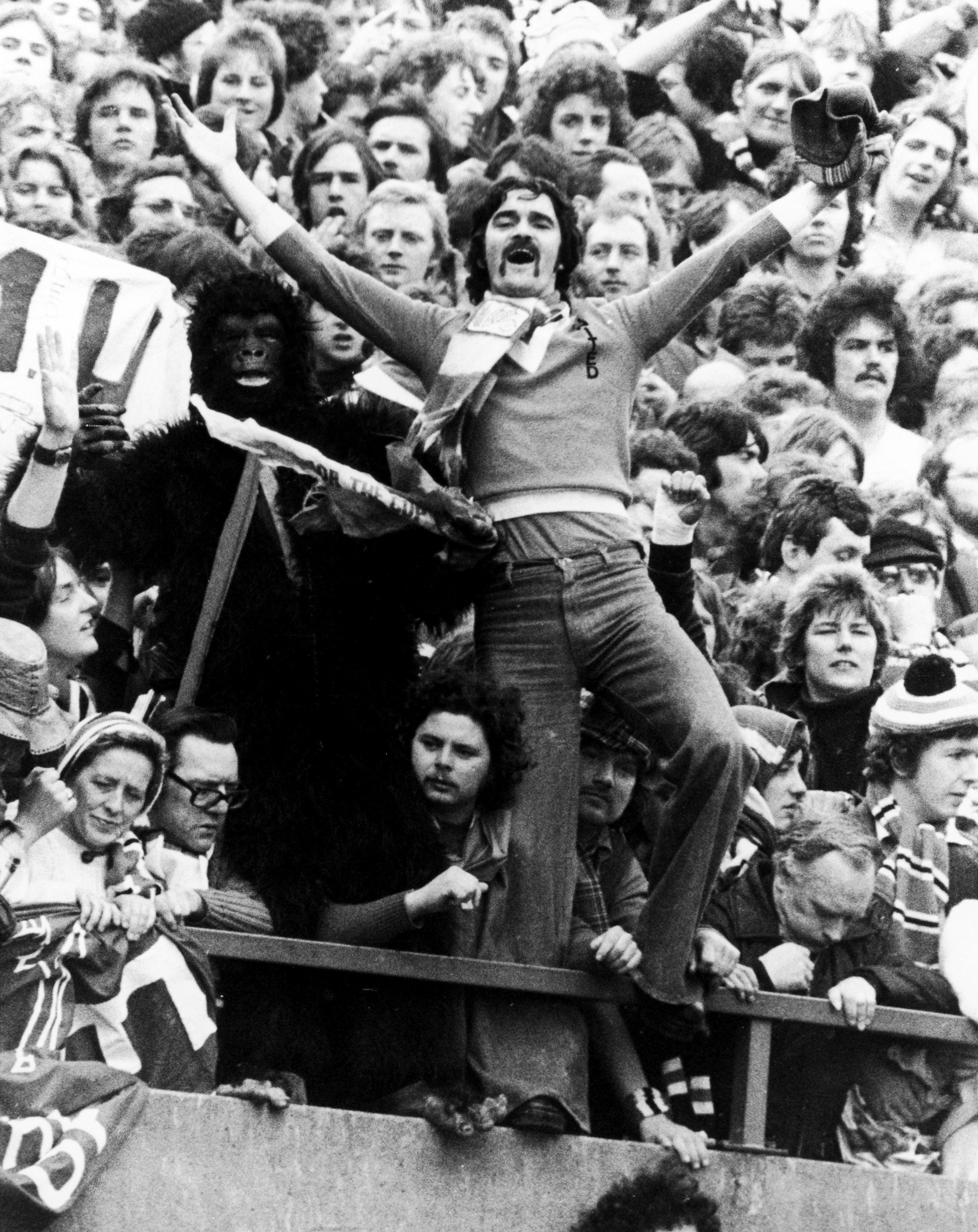 The enemy of our enemy is our friend so it’s in that spirit that I’ll continue with the preview. Besides it’s far more enjoyable being offered out on twitter by 16-year-old City fans when I tear into them for being dull and poorly dressed Mancs.

Louis Van Gaal – with his face containing at least 75% marshmallow – is in his second season at the club and quietly putting together an all round sturdier Man United than he took over from his predecessor. Indeed they were top of the table until the last round of fixtures and getting bigged up, right until an Alexis Sanchez inspired Arsenal hit them harder than a Russian raid on a rebel Syrian stronghold. Quite what their response to that will be is any one’s guess. They do however have a soft centre when prodded appropriately so we must hope for our chief prodders to be on their game this Saturday.

Or they could be pissed off about the whole bumming by Arsenal and systematically rip up right apart. We’ll find out soon enough. It’s a very peculiar season in the Premier League and that top four is not exactly wide open but certainly ajar. 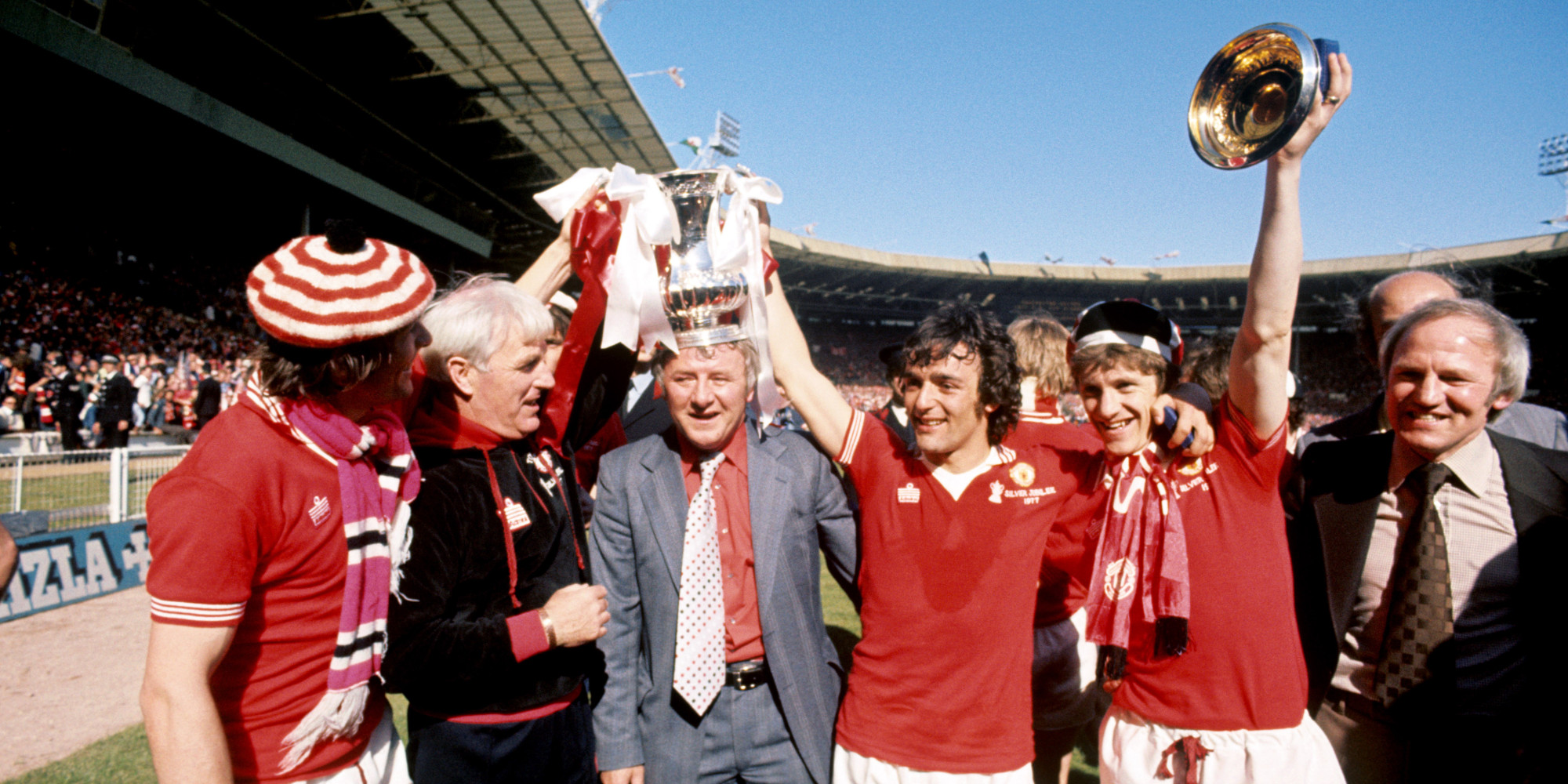 The problem for Van Gaal is the methodical approach he uses for his teams, it’s a long way from the cavalier style the fan base was used to for a good twenty years under Ferguson. It will end eventually with Giggs putting the knife in his back as Chairmen don’t sack Managers anymore, the fans & media do.

United caused a stir by whacking £38m or £58m (hey what does twenty million pounds matter in footie now?) on that young French lad Martial before the transfer window closed. He’s started his time with them really well with a few goals and some really good finishes, he’s a threat up front that will make a big difference to their success this season as they’ve been lacking those key goals recently that he will bring. Right after John Stone allows him to depart out his pocket of course.

There’s a whole host of players behind him making the magic happen and none more so than Mata who is in that legion of small fashionable attacking midfielders doing all sorts of damage in English football at present. Rooney of course is one of their best players but seldom does he turn it on against Everton and in the process setting conspiracy theories going. Who knows? He’s getting a load of stick from United fans of late which is a bit rum as he’s nearly their top goalscorer of all time, but they’ve never really took him to their hearts despite all the ace stuff he’s done there. Perhaps it’s because he came into a team with the likes of Giggs, Scholes and Neville still lurking about. Maybe it’s because he’s a bifter smoking scouser. Anyway, if he needed motivation to make a statement of not being over the hill then at a partisan Goodison Park would be a good place as any. Here’s hoping not.

It’s probably the annoying little shitbag Ashley Young who will play wide up front but regardless with if they play three at the back they are set up well to seriously isolate Lukaku and Barkley up front while keeping our full backs pinned back. I reckon I’m bigging them up a bit too much here but it’s habit. They probably don’t even play five at the back any more.

Carrick is back after an injury worry and is the man that makes United tick more than most, and they have some good options alongside him in the under rated Herrera, and Schneiderlin. Or there’s the option of Schweinsteiger which isn’t bad as an option at all, but then a year ago we were bringing Eto’o off the bench so it’s not as daunting as it looks on paper sometimes, or in this instance: on a screen.

Huge emphasis is placed on Van Gaal’s teams at being miserly at the back. Their cause has been helped by Chris Smalling playing really well this season. Argentinian Rojas returns after injury but it is more likely Jones will start there. Their full/wingback/whatever Darmian and potentially Blind are moody as hell and should be targeted by combinations of Spanish and Belgian aceness. I’ll even accept Ivorian, English and Scottish aceness out there as long as it works. In goal they have the best keeper in the league in De Gea.

That’s your Manchester United. You scared? Me neither. Everton are boosted by a few returning players from injury and suspension this weekend which, with a few more very soon to come, gives a good indication of the depth in the squad at the moment. Depth is all good and fine but we need to hit regularly on a varying team of eleven in form who will win key games like this.

Winning games requires goals and Lukaku is the man for that particular job. He’s having a hot and cold season in terms of performance but utterly bladdering the net throughout. His performance in the derby was as complete as I’d seen from him and hopefully the penny drops that he can terror any defence out there as and when he likes.

Helping matters is Ross Barkley who thanks to the last international break has now been hyped by a nation of café attacking bellends who will want him sold in the summer. Barkley is looking sublime though and my Everton experience is all the better for it.

I really haven’t got a clue who will play out wide as demonstrated by the nationality-off a couple of paragraphs above. Martinez could play it tight and competitive or unleash all sorts of attacking on United’s wings. Or maybe sensibly a mix. Mirallas is back after a self-imposed daft suspension and has some catching up to do to back up that excitement we had over him signing a new contract. He usually does a job against United so I’ll expect at least a sub appearance at some point. He really needs a run of games where he shows what he is more than capable of, it’s overdue.

Barry and McCarthy, the fantastic freckle, in midfield. What else you expecting? 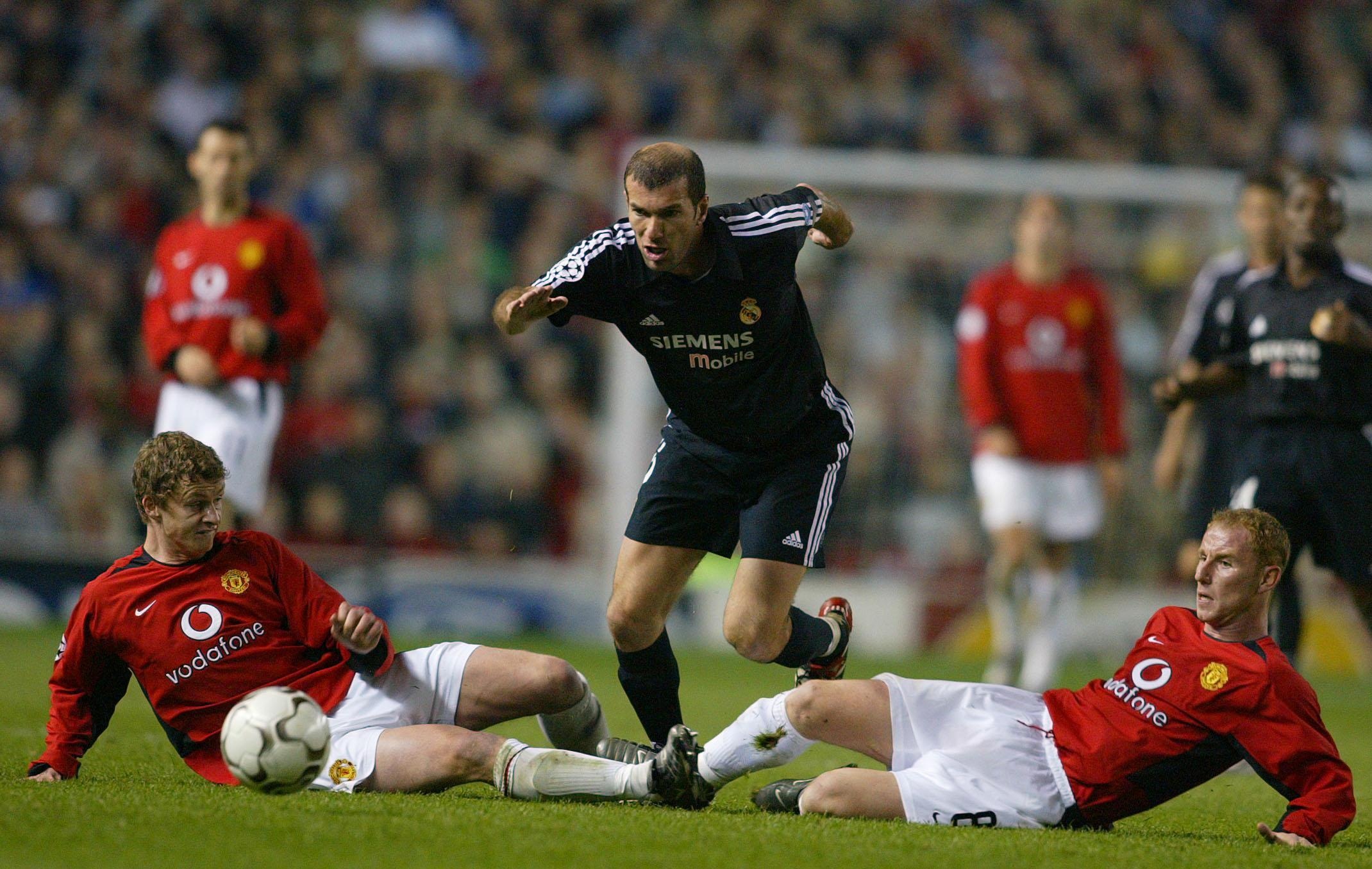 It’s pleasing to see the young lids doing well, with Galloway and Browning doing themselves justice at being selected through this run of games. Mori has been an unexpected bonus looking like a proper defender although there will obviously be tribulations for him to overcome in time.

All in all though it’s looking good at the back and with a lot of young talent that will hopefully only get better and not get sold to Chelsea. Speaking of which John Stones is back for this along with Coleman on the right. Jagielka became the first Everton player to captain England while playing for Everton which is a staggering statistic but well deserved as he’s been excellent for a long while now. Tim Howard will play in goal and by “in goal” I mean literally glued to his goal line for most balls played into his six yard box.

That just about wraps it up. Three consecutive home victories over United has taken some hard work but been very enjoyable indeed. It usually involves a raucous Goodison and Everton slamming into every challenge like their life depends on it.

Such things make for good weekends. Let’s hope this is another.