chicoazul
Match Previews
October 2, 2015
You know that part in the movie (sorry, fill-um) where it’s going sound about thirty minutes in? You’re sat there getting into certain characters but you know there’s some horrid plot coming that will shake the entire film up?

Or maybe this type of thinking is part of the problem, as they’re no great shakes? Pump these Everton, and pump them hard. 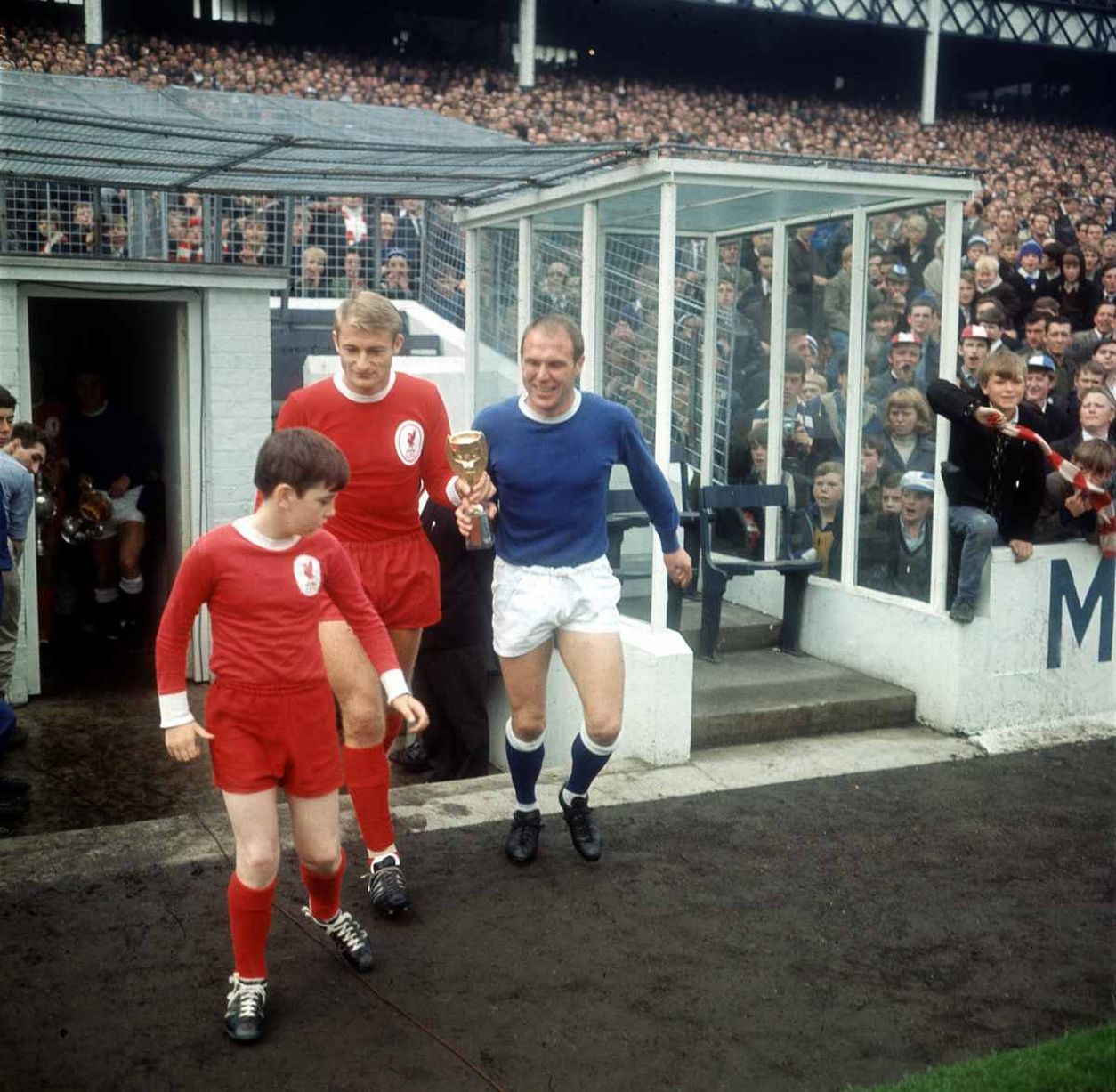 It’s been a sound couple of weeks where we’ve got a bit of momentum going with that dashing young team of ours. I wish we wouldn’t have to go behind in the game to get going but it’s provoked some really nice comebacks so far, cumulating in Monday’s win at the Hawthorns, the first we’ve come back from two down to win since that shitty but wonderful game v Wimbledon all those years ago.

There’s a certain something about this season’s offering of Everton. And before it inevitably all goes horribly wrong it’s nice to just enjoy them when they do the ace stuff. Perhaps it’s the youthful arrogance about them, but to me it’s just that they have some cajones about them. A giant pair of perspiring stubbly cajones, a pink as a Santorini sky, just lashed out there wobbling about..

I have zero doubt that they will now go and tragically shithouse it against they of the pocket pissers but that’s for another preview, right now Everton are boss, and boss is continually in a state of flux when associated with Everton. 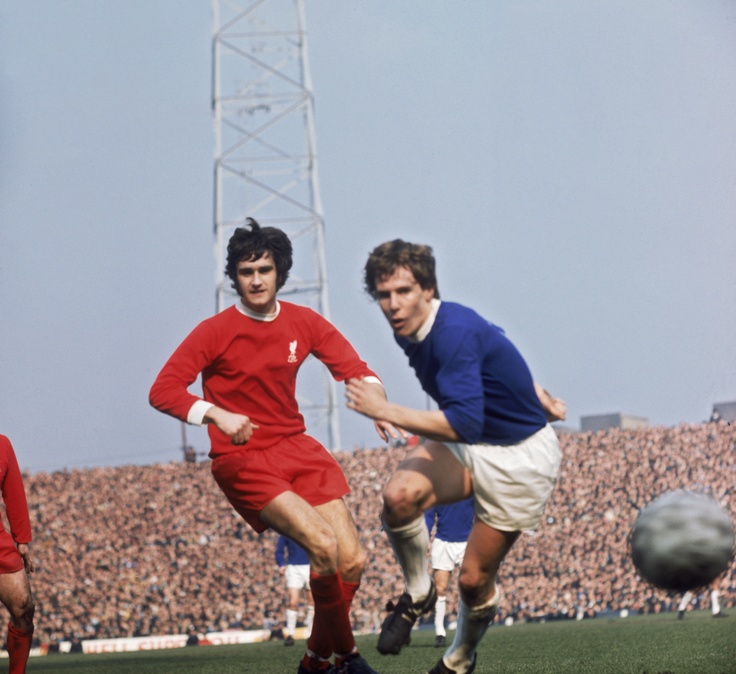 Let’s start on a reasonable note before the preview descends into needless and cheap partisanship.

It’s a fallacy that there’s no such thing as a decent kopite. They do exist and for many of you reading this you’ll find them tucked away in your circle of mates or family. Imagine being them and having to suffer the circus from the overwhelming majority of utter texans who follow them though?

Look at all them out of towners though, trying dead hard to ‘ate der bitterz so that they’re top kopites and no one questions why they support a team that’s nothing to do with them and why their stadium is full of cringey shitheads wearing scarves and not many locals. Can’t get a ticket doh lad.

Squinted reality denial – it’s as kopite as putting your minty replica top on and going down the local to cheer der boys on and bask in reflected glory as some half arsed team (like Everton) roll over for you. 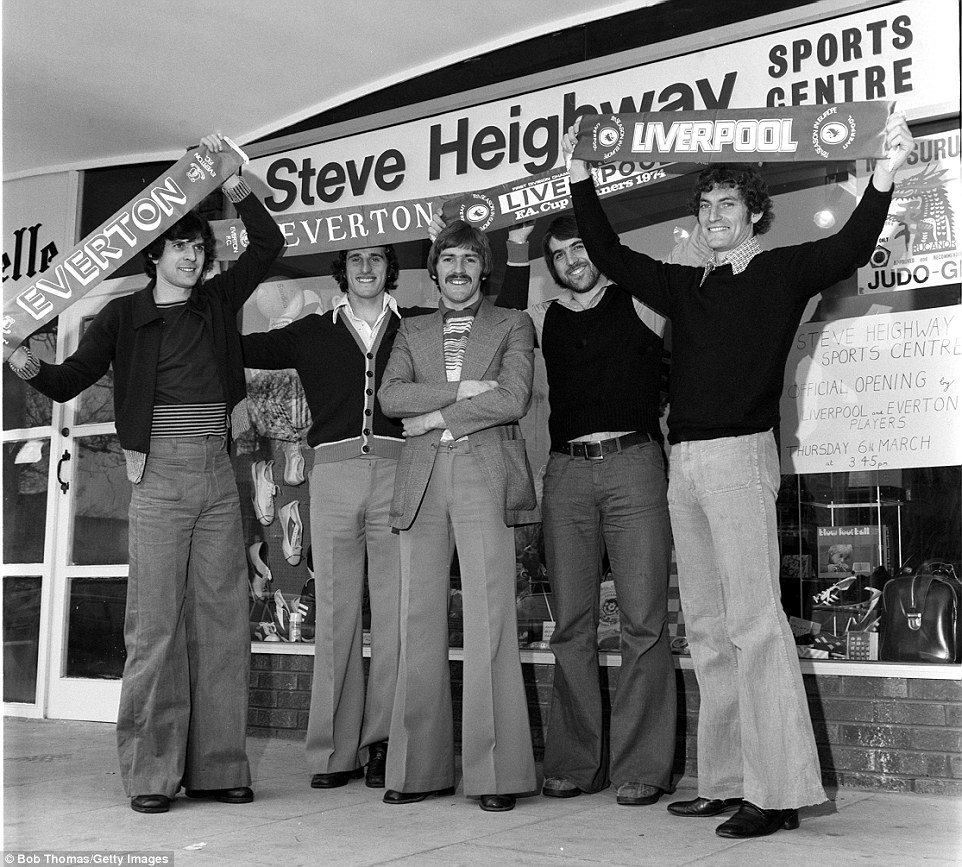 You try and debate them over anything and it’s either blanked out or you’re urged to remember some transgression we or the wider footballing world has committed against them. Remember?

Sometimes it’s good to forget, so pipe down and wipe that egg off your Candy top you fat Cornish scruff. 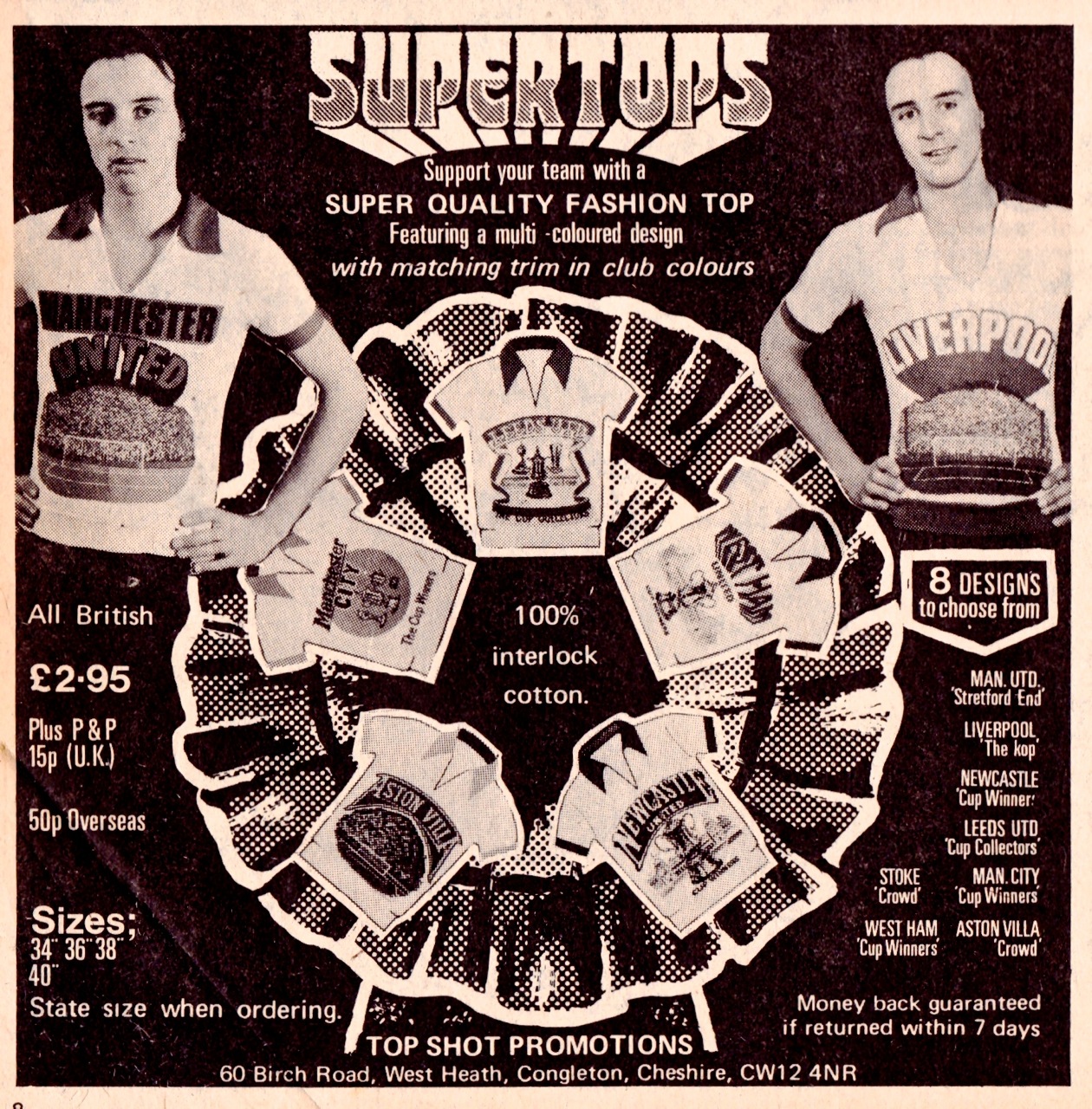 There’s just a whole load of cringe about it all. I find myself rushing to defend the honour of my kopite mates who see it for what it is too but what can you do? They’re a brand now, not a football club. They’re an easy alliance for every narcissist hank scrambling for a winning personality whilst suffering a Jupiter sized lack of awareness. We’re bitter us though, never forget it. Dem bitters! Mongrels! Welsh!

You don’t get it, you don’t even get why we’re taking the piss out of you and that’s fine by us. It’s fine because we’re not you.

Not sure who I’m addressing in the first person here? 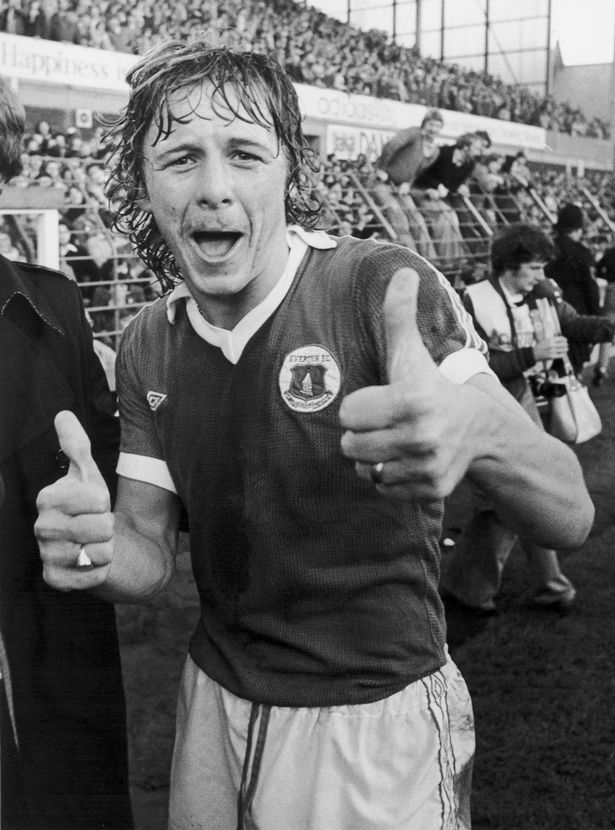 Them of the swaying ambulances have once more spent some serious dough on what looks like another annual collection of over hyped tripe. Of course the official party line is that it’s dead hard to compete with the clubs that have all the money, which is staggering considering how much Rodgers has spent, and Dalglish before him, and the one before, and the one before that /infinity.

Firminho though. Benteke is a beast doh. Milner the bargain of the decade, if you exclude wages and signing on fees as they don’t count and were paid for by the interest from the Rush to Juventus fee anyway.

Brendan and his Daz Doorstep Challenge teeth are under some pressure. The results aren’t coming in and United are top of the league, the sense of envy coming out of the club is crushing. As crushing as splitting two families up to get yourself a young little piece on the side. Now we know why you was out in Garlands and racking up dental bills you creepy little weird [Poor language removed]. 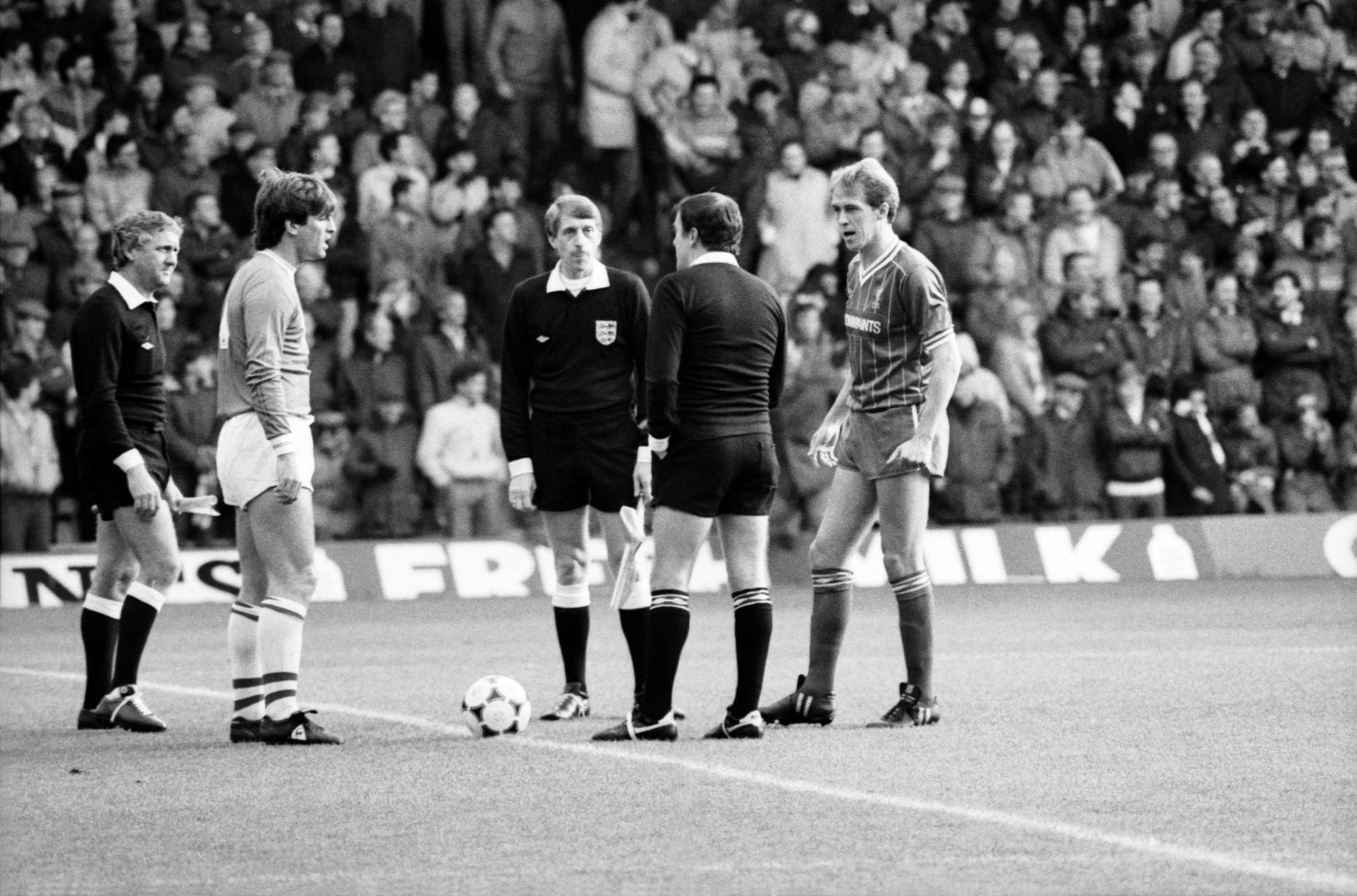 From the moment he started counting on his thumbs and talking about death by football he had them cheaply hooked so we should be grateful that we got a few years out of him before the mask slipped. It’s all gone a bit awry for them of late and they want Klopp now, or Ancelotti, but never forget they always back their managers staunchly.

Sturridge is back and is a fine goalscorer and is in the team even if not fully fit. No matter if fit or not as if you allow him chances he’s usually clinical with it. Benteke was the big buy of the summer and is a brute with a nice touch but no Lukaku, because of the nice touch probably. That’s enough there to get a good partnership going and it’s a nice touch to see their fanbase and managers move on from wearing weird t shirts and upsetting the Black Lawyers Union. Benteke is apparently touch and go to play so if not then there’ll be some Christmas tree formation something or other with the flat track bullying little [Poor language removed]-elf Coutinho and that Firminho lad. Or that Ings lad who looks like he’s casting for the jarg porno version of the 300 film. Two goals and a red shirt is all he needed to get called up for England like.

No Henderson in midfield for the airplane gesturers as their desperate heir to Gerrard’s armband is injured for a while. We’ve got someone who runs about all day in midfield and plays simple balls and his name’s McCarthy but you don’t see us trying to vote him on the cover of FIFA 16 do you? Teds.

Milner is in there and will compete all day, he’ll be good to have in a derby and that midfield is where the game is usually won and lost, if not then it will be the referee that takes care of that. There may even be a splashing of that Jordan Ibe who hit the post against us last season and who they reckon is gonna be better than Sterling, who they sold to Man City and wonderfully further undermined their self appointed place as biggest club in the whole wide world. 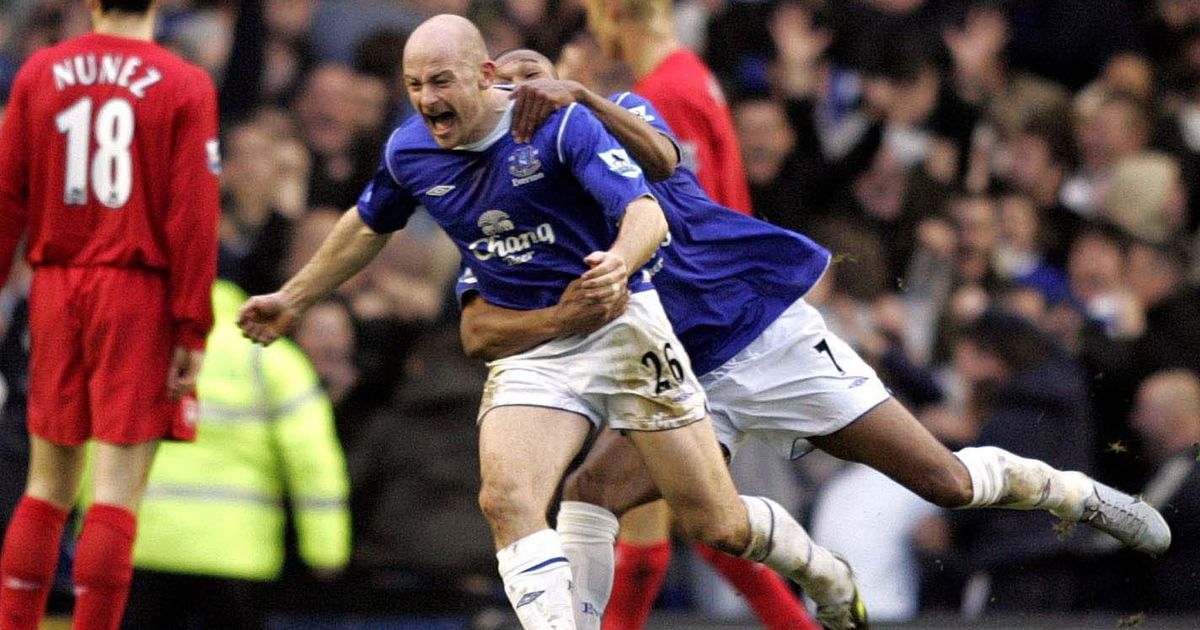 Defence is where they can be got at. Skrtel is so hard he goes into some fast food place and gets a burger from the other fast food place because he’s got a skinhead and tattoos and snarls like he’s a sixteen year old ringer playing in the U12s but goes missing as soon as someone steps up to him, the massive shithouse. They paid a bomb for Sakho but I’ve not seen that much of him to make a cruel judgement. I have no interest who their full backs are as they’re not as good as ours and one of them hopefully is going to be unfortunate enough to have to mark Deulofeu, if indeed he plays and if indeed he doesn’t let his arse go like so many predecessors before him.

Mignolet is meant to be dodgy but he’s always looked a sound enough keeper every time I’ve watched him but then our benchmark isn’t the highest of late in that position.

Enough of sneering at the European Ban Specialists? Me too. Everton then. 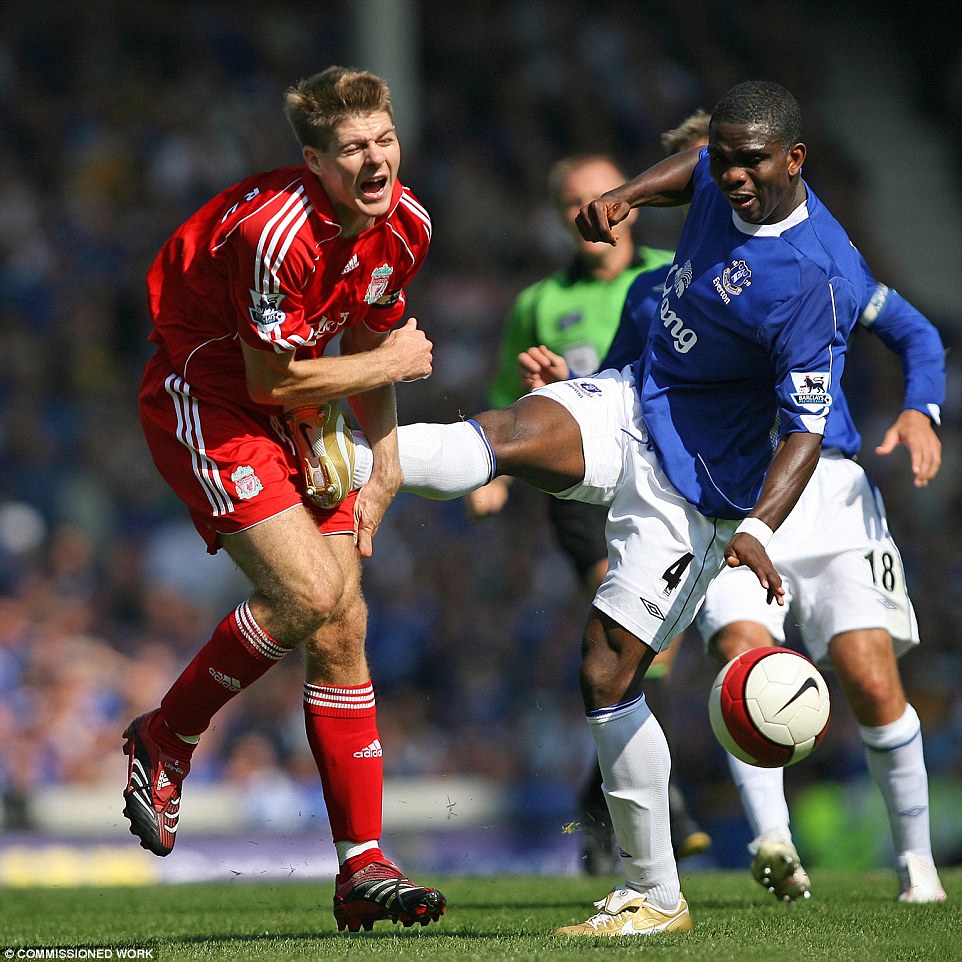 Lukaku is more of the same where he’ll have an off game or two then score a boss brace completely terroring whoever he’s playing against. I’ve never really got the criticism of him as he’s the best Everton striker we’ve had in absolute beards, with only Yakuku running him close.

Barkley will be the one behind the striker and the player that make no mistake the kopites fear the most. He’s got over a few mental blocks this season and this will be another one, great scouse players are remembered fondly in Merseyside derbies but sadly they have had the last few, and it’s made a difference.

Naismith hasn’t really taken his chance after that marvellous hat trick against Chelsea so Martinez has a decision to make. Do you leave the gecko skinned Caledonian nark in to wind them up or do you go for Kone and Deulofeu as the wide players. Glad I’m not making that decision but I’m sure you’ve taken a silent moment to marvel at the Spanish lad doing all sorts on our wing of late. 5 assists and 1 goal in just 3 games. He’s also added a purely arl arse ball into the box when defenders stand off him. Get too close to him and he’s heading right for that by line and there’s nothing you can do. Four million pounds, if Barcelona don’t buy him back I’ll be disgusted with them.

McCarthy and Barry are a good combination for these games as they wont give an inch. Our defence have been doing well enough but didn’t have their best night on Monday. Understandably too as captain apart they had just eight Premier League appearances between them and full backs so young they reeked of Jazz and Joop. Not to dismiss the others by the way, but how boss is Brendan Galloway?

Stones and Coleman should be fit for this but nice to see we have some players as decent back up. Howard will play in goal.

So another load of pointless words that only about four people bother to read on the internet (sincere thanks for that too) and justifiably so. All words, interviews and rallying cries in the week leading up these derbies have fell on a lot of deaf royal blue ears of late.

Wouldn’t it be nice to change the script?

After all there are loads of good films out there that do have happy endings, I’ve seen them, and some of them have been blue.

If not then just hurt them please Everton.