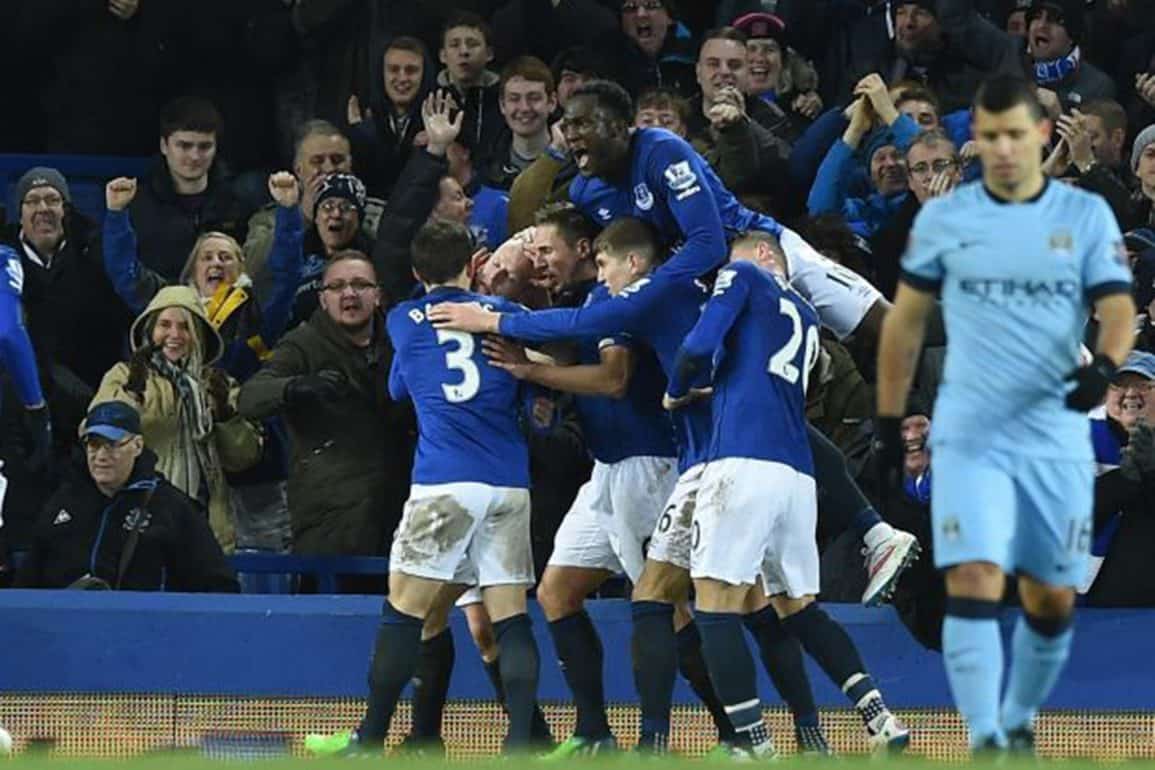 Weekends can be amazing things.

And nothing makes them happier than when Everton click into gear and dismantle a team of south coast scruffs, with our football lighting them up like a sizeable Chinese port.

It gives you a glow, one that’s been absent since May so you may forgotten slightly that not everything around Everton has to be so uptight. Against a backdrop of doubt they went out and produced one of the best performances of recent times by slapping the no mark mutants of Southampton back into their shell. A shell that reads “Pipe down Pompey- lite”.

A performance that made you think that there’s much more to come from a young exciting team – more of that later – and in stark contrast to the despondency post Watford game the week before.

But this is Everton and it’s foolish to get too excited as it’s not long before they do your head in again. 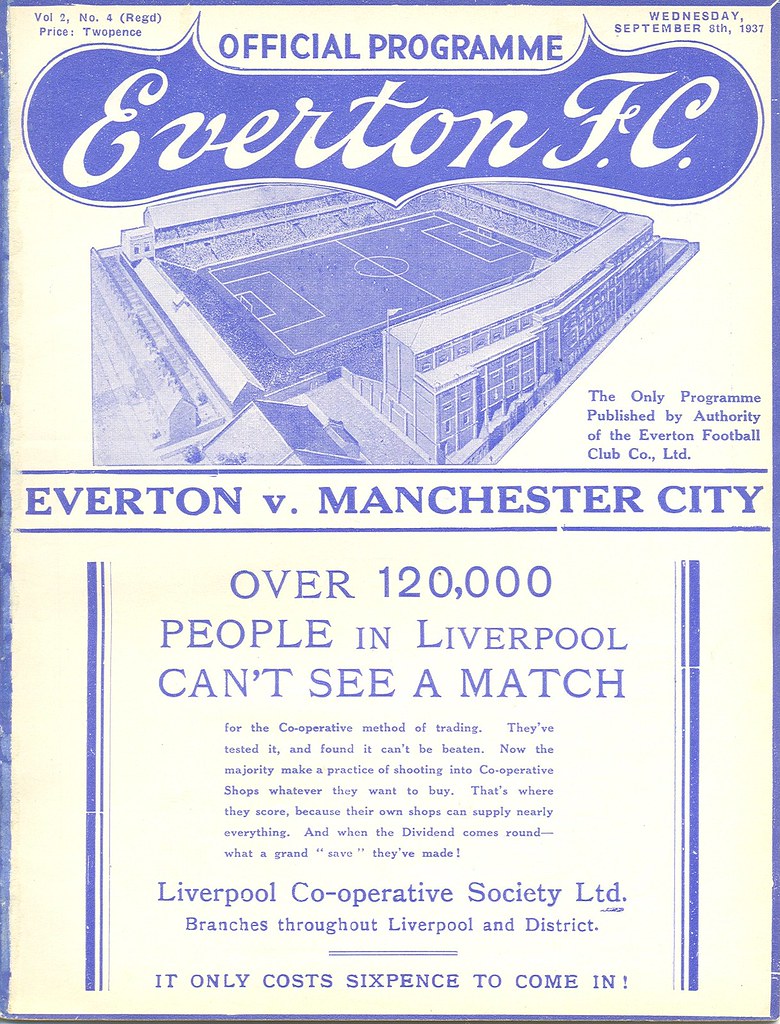 The league is a tight one and this run we got coming up does not bode well for a lightening fast start.

Our recent battles against the forces of scruff reach a climax of scruffiness as we welcome Manchester City to Goodison this weekend. It’s like the good people of Mogadishu has sent emergency clothing over to Manchester and they’ve come proudly dressed in it all the way down the East Lancs to visit our humble abode.

They are on a bit of a run at the start of the season and will probably put our sorry arses to bed but it should never mask the fact that they are scruffy yellow teethed mancs with the social graces and humour of a long discarded septic tank. Of course they have much better players than us and have done for a few years. No begrudging their success of late as their original fans have put up with a lot of guff on and off the pitch and had to share a city with the most patronising team in world togger.

They seldom have an easy time of it at Goodison Park though, well unless we need to get beat by them to stop Liverpool winning the title, then they can just walk on through us. Pay more attention next time Ross. The most jaundiced looking manager in world football remains in charge for a second season in Pellegrini but he’s got that South American don’t care swagger going on so he’s hard to criticise. He also swerves the whopperdom that is becoming Premier Managers swiping at each other thinking they’re playing Freud games when all their doing is energising the bad banter nipples amongst the support/media and making themselves look a right tit.

City are rightfully one of the favourites for the title based on them having loads of cash and spurging it on boss players, so that usually results in a sense of indignation from the Goodison crowd who hate flash gets, especially ones who wear jeans with fifteen pockets on them and have suntanned teeth. So as long as they don’t score twice in the opening fifteen minutes then it should be a sound atmosphere.

Their players are well known to anyone with a half arsed interest in footie so I’m going to patronise you by going through a projected team. Let’s have a look at who could crucify us to an orchestra of boos. Aguero is reaching full fitness again and is one fantastic wee striker. Sure, he may look like a waxed Ewok pin up but there’s not much deadlier when given half a sniff of goal. Another test for our defence.

They play the three creative players behind the striker which should contain the fantastic David Silva who has started the season well and, well you know what he can do. Big huge Goodison welcome for Raheem Sterling who done a tremendous job of making Liverpool look increasingly small time, and how they hate that. He’s a little rat but he runs dead fast and our full backs won’t like facing him. Just hurt him. Navas should complete that particular attacking trio.

Toure is the man mountain in the middle with the deft touch & great footballing brain and has built up a good understanding with the athletic Fernandinho. They’re usually dominant in the middle so I wouldn’t be surprised to see a compact midfield from ourselves with this in mind. 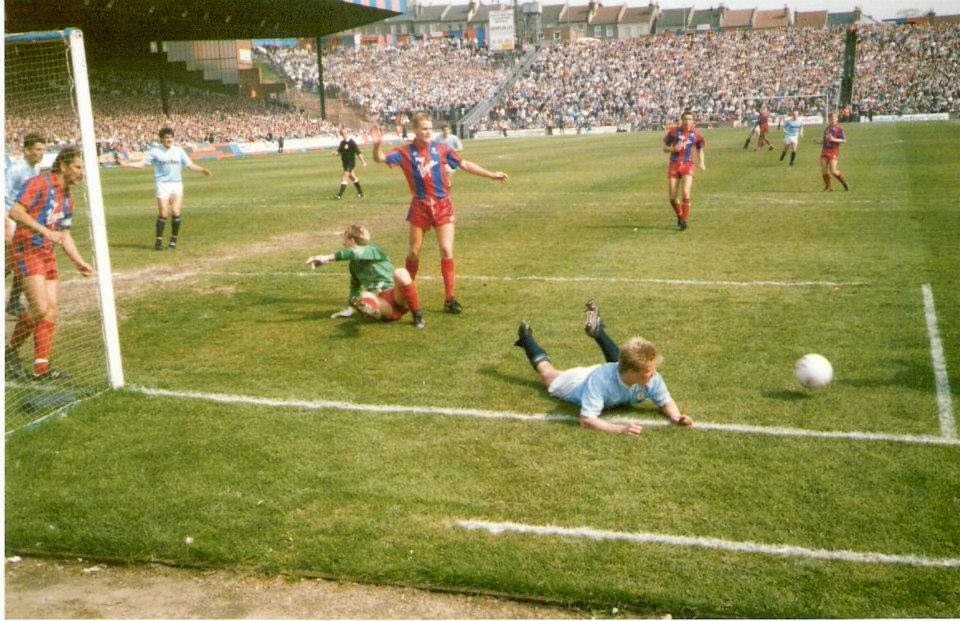 Defence is marshalled by the fantastic Kompany – he with the head like one of the aliens off Mars Attacks – Mangala plays there too but is a bit meh apparently. Sagna will bomb down the right if starting and Kolarov with a dangerous left foot for creating and shooting on the left. Joe Hart, like a drag artist with their make up washed off, plays in goal.

Martinez shuffled the pack to good effect against Southampton with a midfield diamond out working the opposition and Barkley had two forwards to support rather than just the one. As a result we found more space and options in the final third than we have for some time. There will be natural calls for the same system again this week and judging by the adeptness at counter attacking that’s no bad thing considering the opposition. Although it is to be noted this will be better opposition. Lukaku was almost unplayable and a stark reminder of why we made him our record signing. He hits any type of consistency like that this season we will win a truck load of games and the Daily Mail will be going mental trying to sell him for us. He is certainly helped with having a foil in Kone, it leaves him less exposed and allows him to drop sometimes and pick up the ball facing the goal where he can use his attributes to cause the most damage. We also could feasibly have the option of bringing Mirallas on up there with him for teams (like City) who will pressure us and look to play high. Just a thought.

I personally reckon he’ll keep the same midfield of Barry, McCarthy, Cleverley and Barkley for reasons stated above and this will be a fantastic test for them. 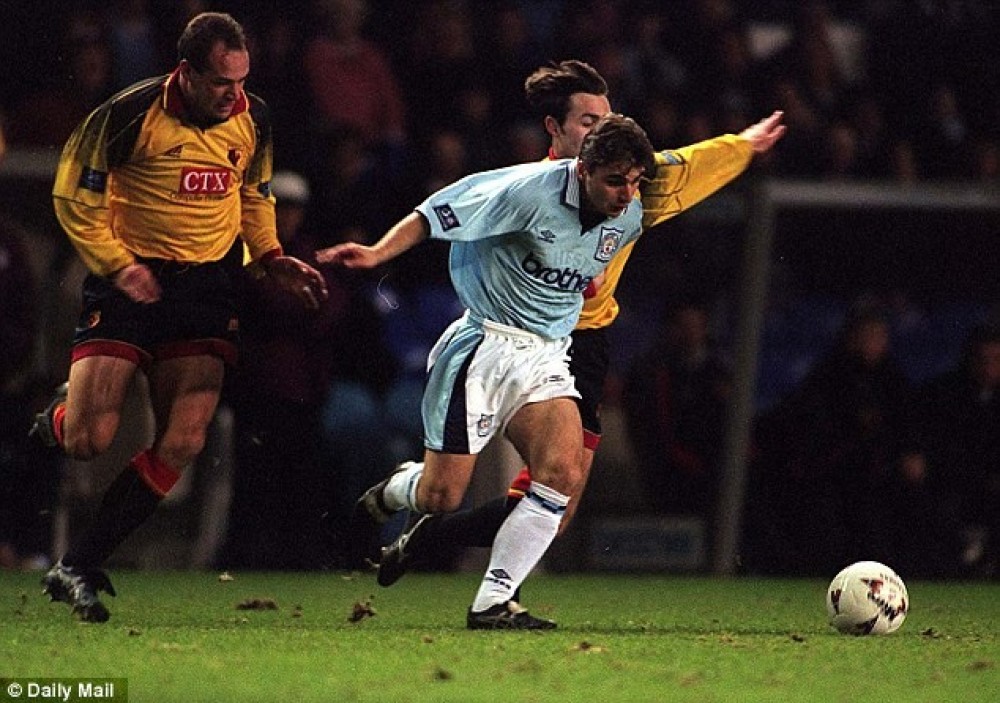 Defence will contain the usuals and thankfully John Stones for another week, his performance and indeed all of them last week was wonderfully obstinate. They’ll need some more of that. Tim Howard even produced some crucial saves.

With the modern razzmatazz in Premier League football your club is always in the crescendo of high drama. Martinez hit it on the head by saying you’re only even a couple of defeats away from a crisis, such is the pressure, but the monetary rewards are tremendous so there’s no pity from here. After criticising that whole process I’m going to add to it, naturally. 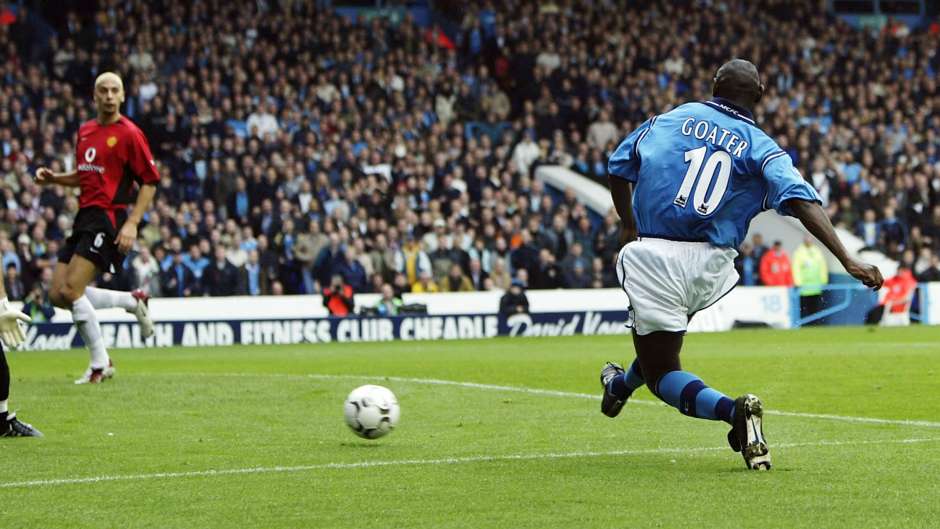 Everton have a very young squad of very talented players right now, it’s a very hard thing to achieve as you have to either develop them or purchase these young players and then you have to stop them leaving for richer clubs, more commonly with a tedious game of brinksmanship played out in the media to unsettle said player. There are many different strategies to remain in the league (as everyone from sixth place down is secretly striving for) including buying wily older pros and foreign “bargains”. If you want to make a break for success and for any chance of it being sustainable then you have to do it with a young talented team that can grow. Take our 2004/05 team; it done a great job but it wasn’t sustainable as there was too many older pros that would have to step up and simply had no room to develop as they met a better class of opposition.

So back to my point about being always in the crescendo of drama, the next two weeks are as vital to Everton as there have been for a long time. The Southampton game was in that drama sphere and the team delivered a great performance that will have reminded everyone of what they can be. If we get through the Transfer Window without losing any of our coveted players then there’s a good chance this team will develop into a very good one this season as some simple elements align. All the words coming out of Martinez’s mouth are good in this respect but I still find it doubtful that we’ll make it to September 2nd without the likes of Stones being sold when a price reaches our tipping point. Hope I’m wrong; he’s the utter sex. 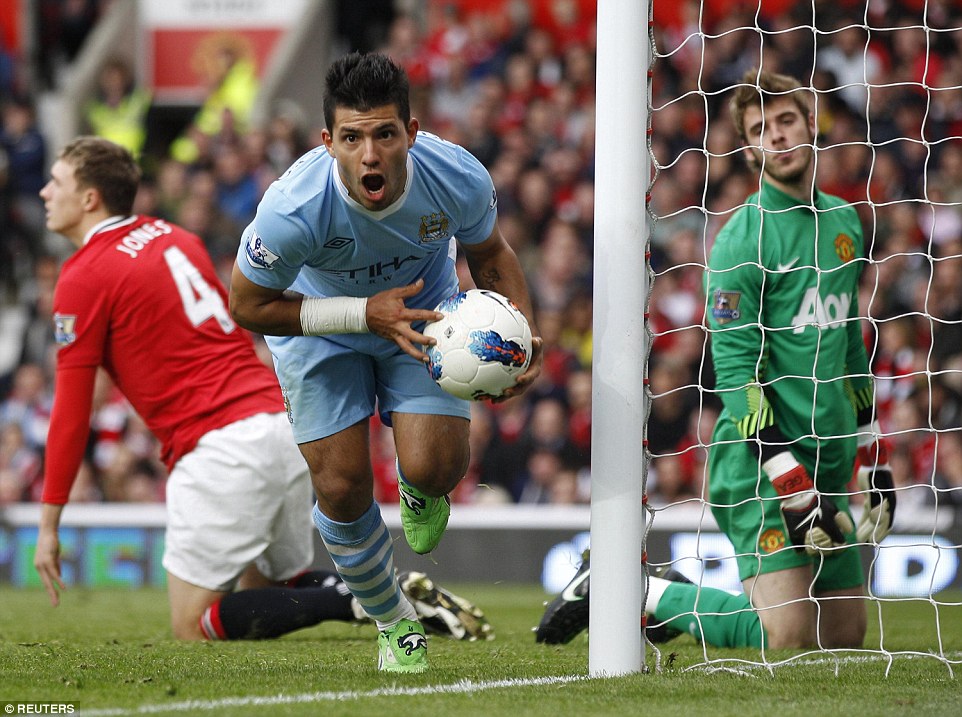 If we do manage it and add just a couple more to challenge the team, rather than just adding to the squad, then you’ll have a team young and talented that are developing week by week and without the distraction of European football. It has absolutely no chance of reaching mid eighties levels as the game is different now but my I always remember my Uncle telling me in dark days when Kendall was under pressure that there was a great team waiting to break out at Everton. You can point to similar things now, but then probably ten other Premier League teams will be saying the same. The misplaced optimism of following your footie team bites again.

Then again it will all probably go a bit Everton and we’ll underwhelm and end up sacking Martinez by November after this hideous run of games we have coming up. But for a moment there it was beautiful to dream. I’d gone right off on one there so apologies and time to bring another dull preview to a close.

Just more of the same please Everton, that’ll do.