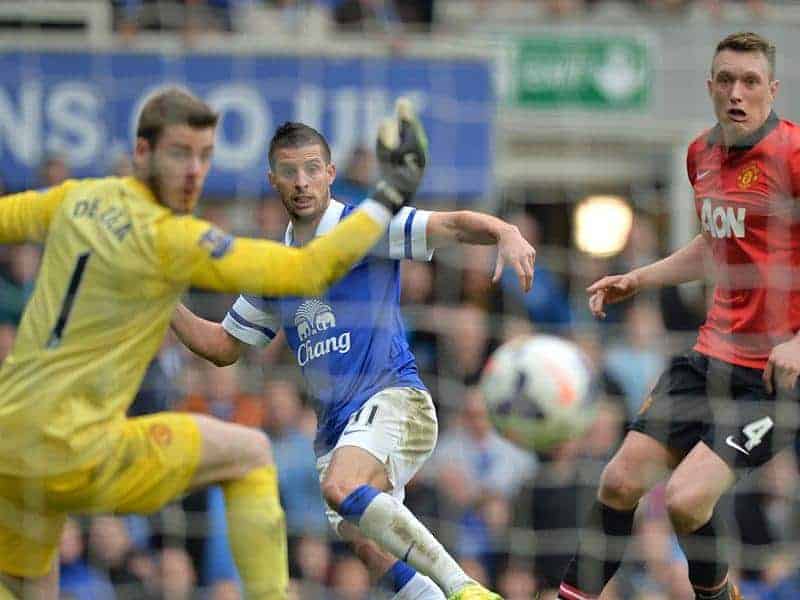 It’s duller than a Catholic baptism but the remaining games got to be done.

Out of the remaining fixture if there was any to spike your togger appetite then a home game against the most successful English club there’s ever been.

So that’s what you got. 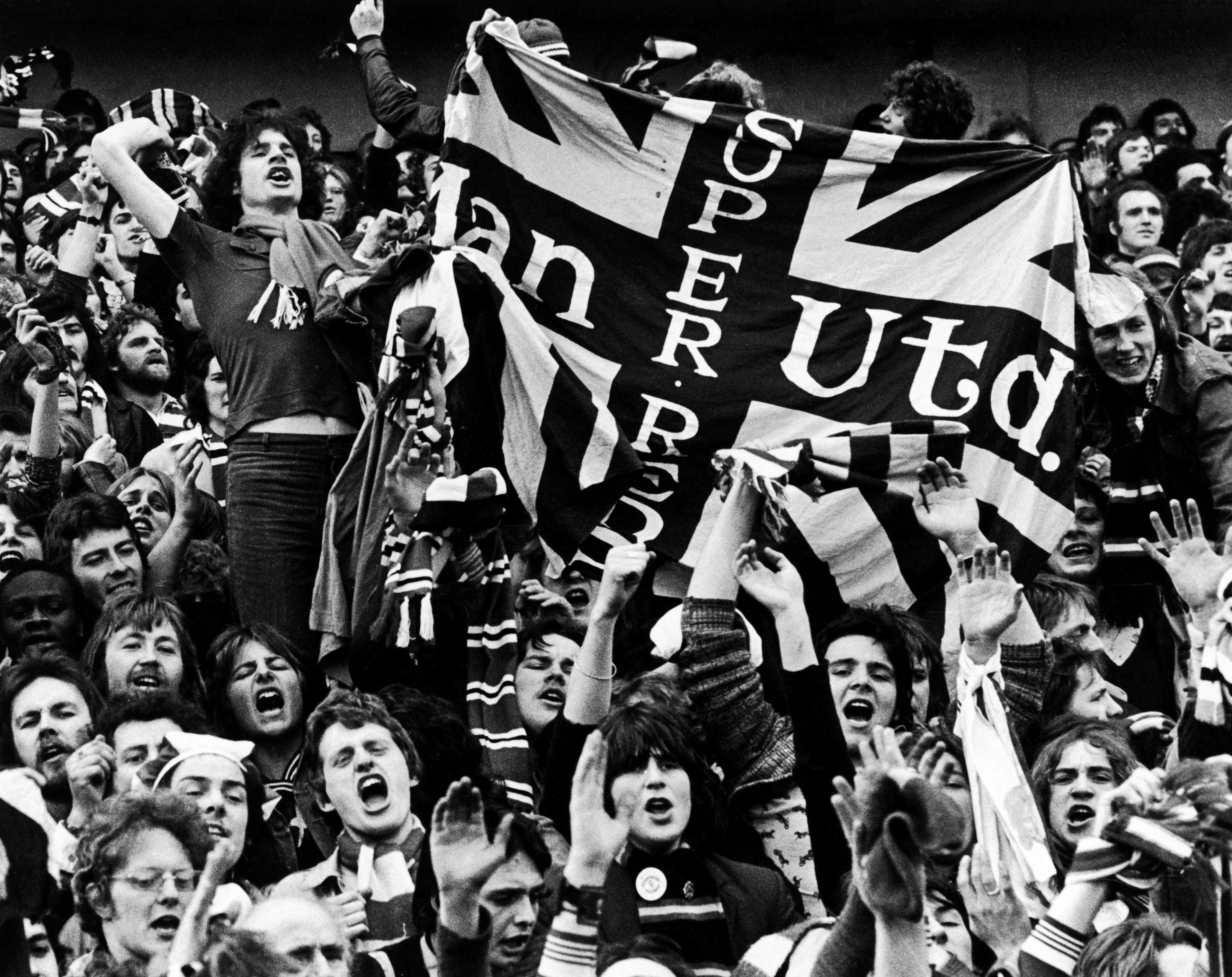 The win against Burnley was typical lacklustre Everton. Yes the job was done, but against arguably the weakest team in the division at home, with a whole second half against ten men and we should have pummelled them. Whether it’s the system, personnel or manager we don’t know. Sound’s a little trite complaining about a pretty meaningless game but I’m still upset over being crap this season. Shame on you Everton.

Refreshingly it’s a short preview because A – there’s nothing much to talk about and B – who wants to read a long preview from another internet tit anyway?

Let’s get down to business then, Manchester United have throughout the annals of time (and particularly in the last 20 years) been boss at football but at their core they are scruffy manc bastards.

I’m sure they won’t mind that too as it’s coming from a scouser and well, we allegedly wear shellsuits and steal and stuff. But it can’t be allowed to pass that they are considerably meffier than we are and that’s got to count for something. It doesn’t unfortunately count for the eleven league title gap between us and them, nor does it wipe out the dampening pain of Whiteside beating Southall with the outside of his foot in injury time but it does very much irritate the big red self congratulating machine that resides over the park from our beloved Goodison. And therein lies the true value of Man United to English football, they detest them every inch as much as us. More importantly they create a chemical reaction in the vast majority of kopites that causes them to froth at the mouth and make peculiar plane signs. I’m sure scientists will be able to explain this involuntary phenomenon one day but in the meantime you can stare and marvel.

Never ever forget that we’re the bitter ones either.

Their complete and utter crushing of the Italian harming empire has been like a speeded up glacier reducing a valley to a crumbling mess. A crumbling mess that pays Jordan Henderson one hundred thousand pounds a week because it’s undergoing separation anxiety with the boss midfielder formerly known as Steven Gerrard. They just never, ever learn. They’re like a really daft mongrel that keeps running headfirst into a wall before picking themselves up and doing it again straight after. Repeatedly until it ceases. I look forward to the ceasing. 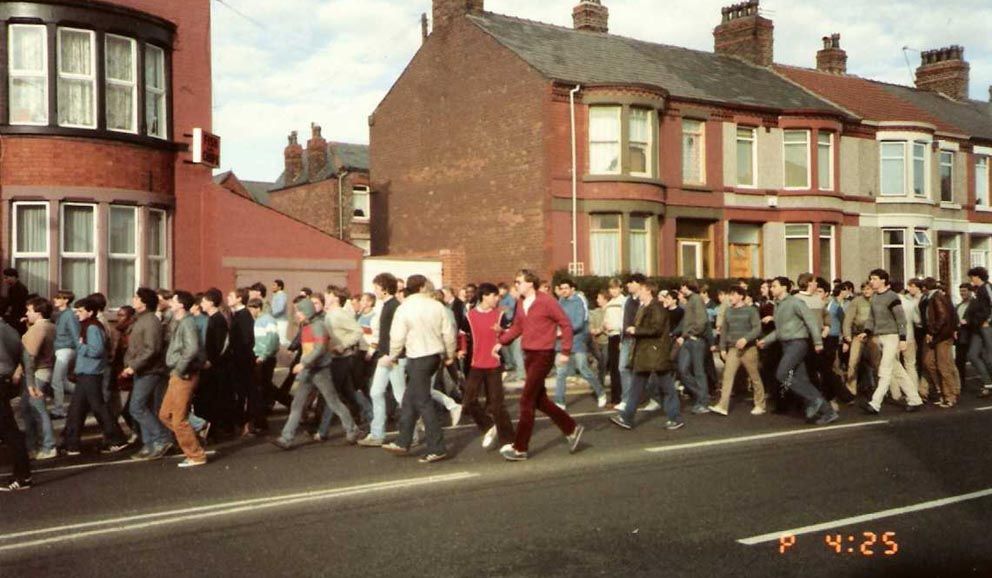 United do have a proportion of hangers on who must do their heads in. Utter cockshafts who write blogs about how much of a massive step up it is to move to the club from any other, in true insecure kopite fashion. They have retained though a large bunch of their normal fans who go the footie with their mates for a drink to get away from their wives. I’ve had the fortune to know some really sound ones over the years who have let it go to their head less than I would. But it’s easier to stereotype and calling them scruffy crap jeans wearing shithouses who pick off lone Evertonians on the walk from Piccadilly. Shave them snide moustaches off too you XR2i robbing twatponies.

Louis Van Gaal is from the stable of boss Dutch Managers that you recognise the name and think they’re ace without knowing quite which one it is. He’s the one who looks like a massive freckle or even a startled lizard. He plays five at the back and is in truth a sexier, better version of David Moyes but Moyes was the sacrificial buffer between Alex Ferguson and an epoch of being top four but never quite as a good again so it’s OK. They’ll get bored of him soon enough. He has made United better this season though, the canary in the mine was presumably the six points we took off them last season as the following day Moyes was sacked. Let that never happen again United. They’re on the whole a lot tighter but let’s not beat around the bush the reason they’re better is because they went out and spent the GDP of a small Baltic country on new players. And they’ll continue to do so as and when they wish to maintain their status. It’s why it’s futile for us really, lest somewhere absolutely minted decides to buys us and spend similar amounts of money. Would that make you happy?

It’s been mildly amusing this season to see the types, you know the exact types too, slobbering over them signing Falcao on loan and expecting him to rape the entire history of the league with goals all over the shop, only for him to be a wet headband wearing flute. But one who still scored against Everton. Anyway it’s no thing when you have Van Persie or Rooney to call upon instead. 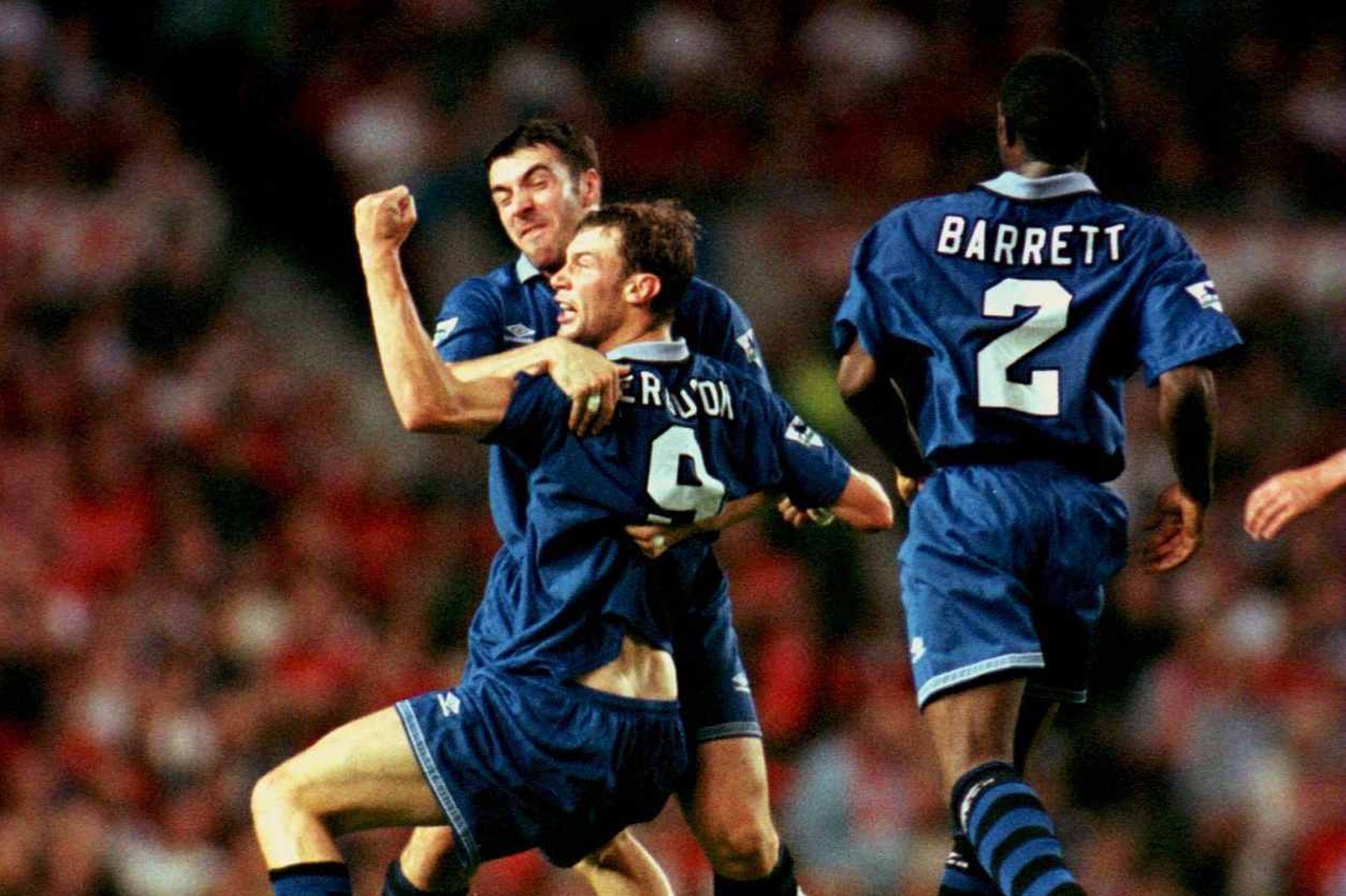 Croxteth’s own has been a real consistent influence this season and is very much their key man, of late though another ex Everton man has come to the fore as the big hair and elbows of Fellaini have been making their mark in the midfield. It’s his first game back at Goodison and the bells in the media will be looking for some reaction but the big Belgian beaut gets no malice from me. A fine footballer and a good servant of Everton, I miss him in the midfield but we’ve both moved on. Snap him in two Gareth.

If you have a spare sixty million quid about then you’ll entice Di Maria to your club, or any assorted variants of aceness on the wing, and also Ashley Young. Herrera has settled well in the midfield and is a real tidy player but importantly Carrick will miss the game and that’s good news for us as he’s absolute key to their game and should, but probably won’t, give us an opportunity to get a foothold in the middle of the park. As demonstrated below. 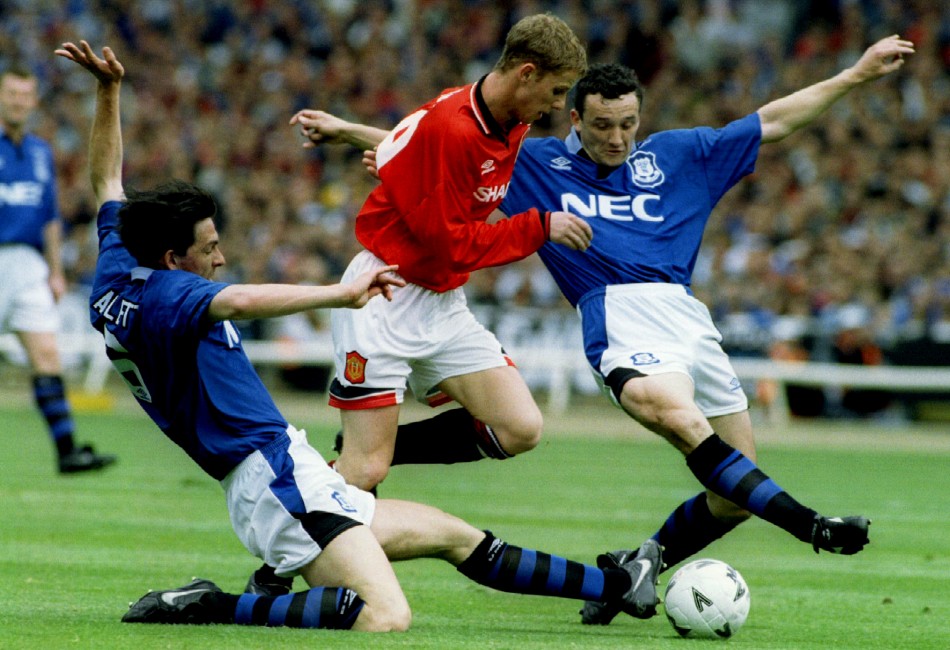 In Defence they will have the three lids prowling like first week Neighbourhood Watch and their full backs pushed right on so Coleman and Baines will need to be at their best in both ends of the pitch. The rather ace De Gea in goal.

It should be daunting but I reckon we can beat them. Why? Because we’re at Goodison without any pressure and because the crowd are usually well up for this game and it rubs off on the players. They know the occasion. 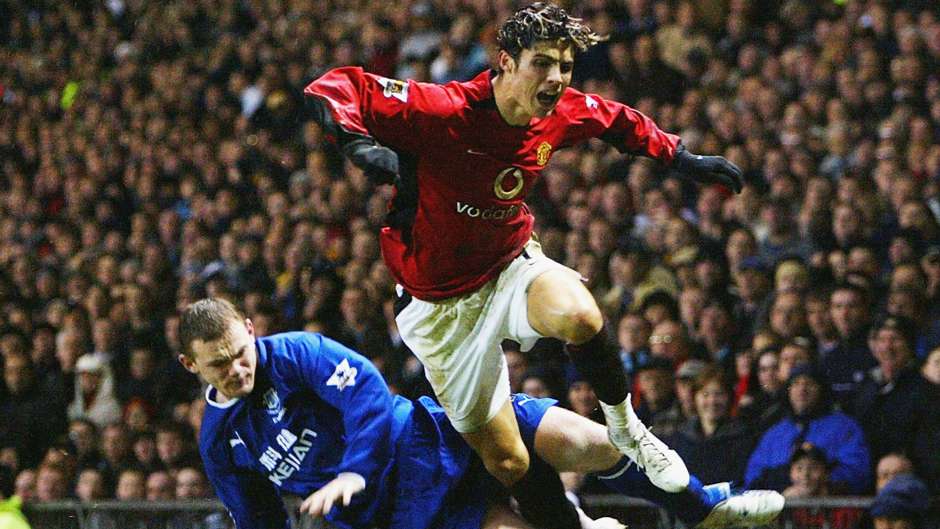 For the lids in royal blue it’s very likely that we will see Lukaku back which is good news because he’s the only true striker we have who scores goals, despite Kone not being as bad as many make out. Kone ultimately is done at the club as when we create pantomime figures they seldom shake off the reputation. Anyway it will be good to Lukaku back scoring goals to make his agent deal with Juventus that little bit easier.

Behind him is going to be a decision for Martinez. He’s tried two up front, Barkley and Naismith in recent weeks and also consider Osman as an option there. He can also go with Barry deep and two of McCarthy/Barkley/Besic pushed on. He’ll have to choose well as there’s two potentially good midfields matched against each other here and whoever comes on top should win the game. 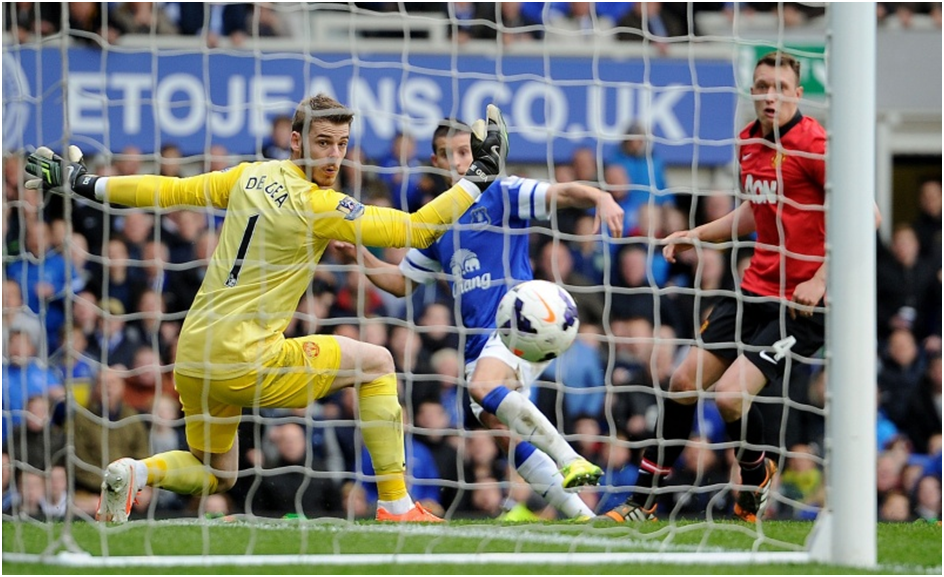 Mirallas saying he wants to stay is about as trustworthy as a Libyan boat skipper who only takes cash in hand. Maybe that’s just natural Evertonian pessimism? Optimism abound for Lennon though who is really finding his feet at the club, plus we all appreciate very much a player who grafts as hard as he does. There’s no way we won’t sign him and I reckon Daniel Levy knows that.

You may as well plaster McGeady with Malaysian Airlines and turn off his transponder before spinning him round ten times blindfold and whispering “Australia lad” in his ear. Did Samuel Eto’o really play for us too?

You know what defence and goalkeeper will be but let’s just take a moment out of our hectic schedules to appreciate how ace John Stones is. It’s almost as if we’re scared of talking about how boss he is in case someone else notices and buys him. Shhhhh. Can someone distract Van Gaal for 90 minutes on Saturday? “But lad, lad? Purple Haze lad. You got any on you? Where did yer get yer suit from? How much is a brass over there though lad? That Anne Frank lad, arl arse that.”. 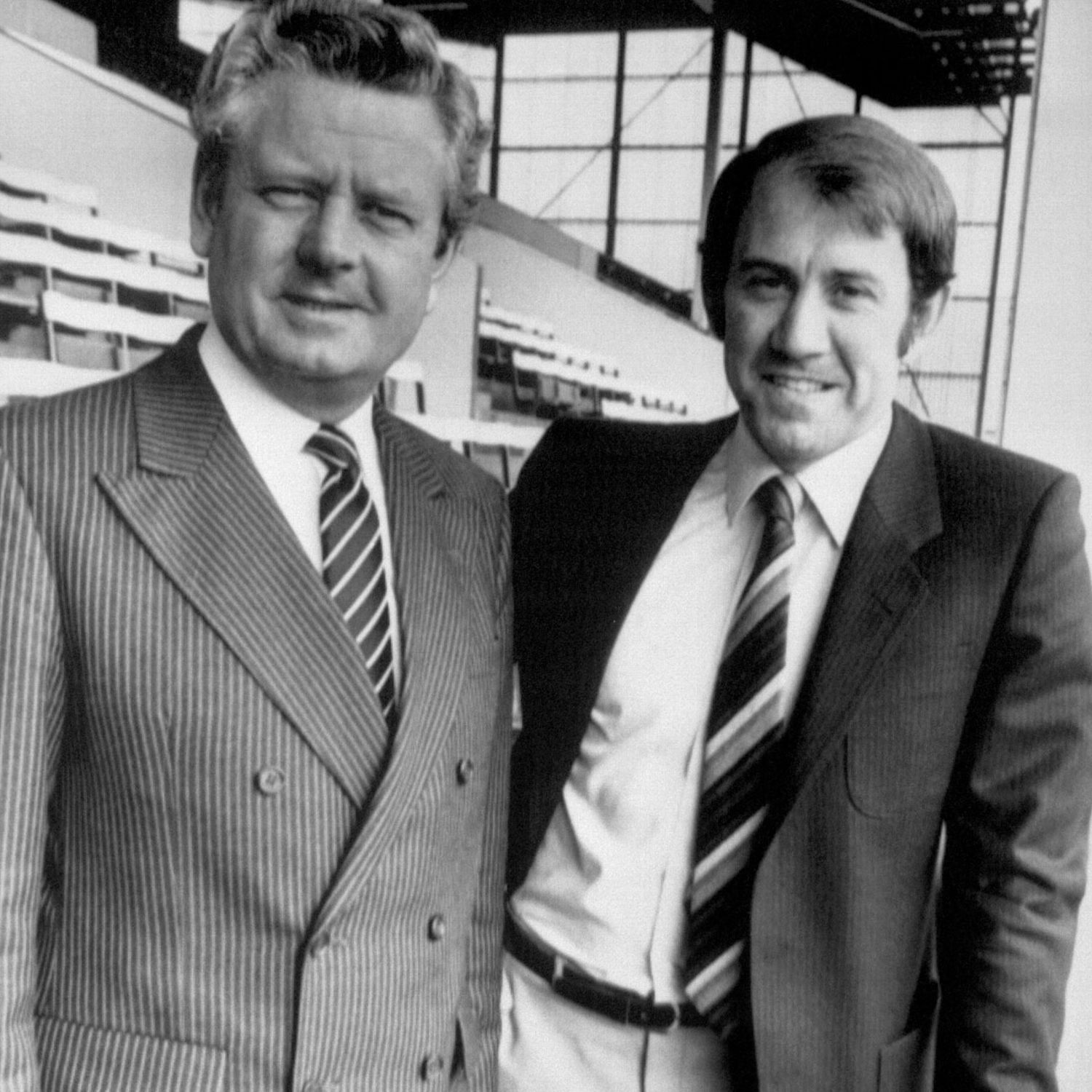 Anyway, Sunday morning is where it’s at and it would amiss to let this preview go without mentioning the passing of a great Evertonian this week.