Come in and sit down Everton, we need to have a chat. What did we say about Christmas? Nice things only and then you go and do, well, that.

If at this point you decide that you’ve got ten thousand better things to do on the world wide web than read a pitiful gnashing of teeth over a forthcoming Everton game then I advise you to hastily move on.

It’s been a weird old week with even news of a seal turning up in a farmer’s field in St Helens, not that it’s unusual for a fat male mammal of that vicinity to end up in a farmer’s field slightly worse for wear in the morning. By that same definition the unfortunate juvenile seal had been subjected to numerous tattooed peroxided females from the area trying to wank him off. And you wonder why he was laying low in a farmer’s field?

Found by dog walkers naturally, always dog walkers. You lost something? Some money? A Ralph Lauren sock? Toothbrush? Seal? Homicide victim? Then get a dog and start walking. In no time.

Who knows where to start with them? In many ways they’re like a premium selection box. Where do you start? And on that note it’s worth pointing out that any kid who can stash a selection box to beyond New Year is a weirdo. Admirable self-restraint but ultimately a weirdo. Caramel first, Double Decker last always. How do you eat yours?

It was an acute shitshow against Southampton with no one on the payroll – playing or coaching staff – covering themselves in glory. Southampton were rotten with injuries and we gifted them three of the easiest points they’ve had since a team in royal blue called it’s manager Walter or Mike.

It’s just not on is it? Well it is as there’s little you or I can do about it. Apart from moan on the internet. But you keep paying your taxes diligently don’t you? Just as you’ll be excited over Everton an hour before kick off on Boxing Day against Stoke City. 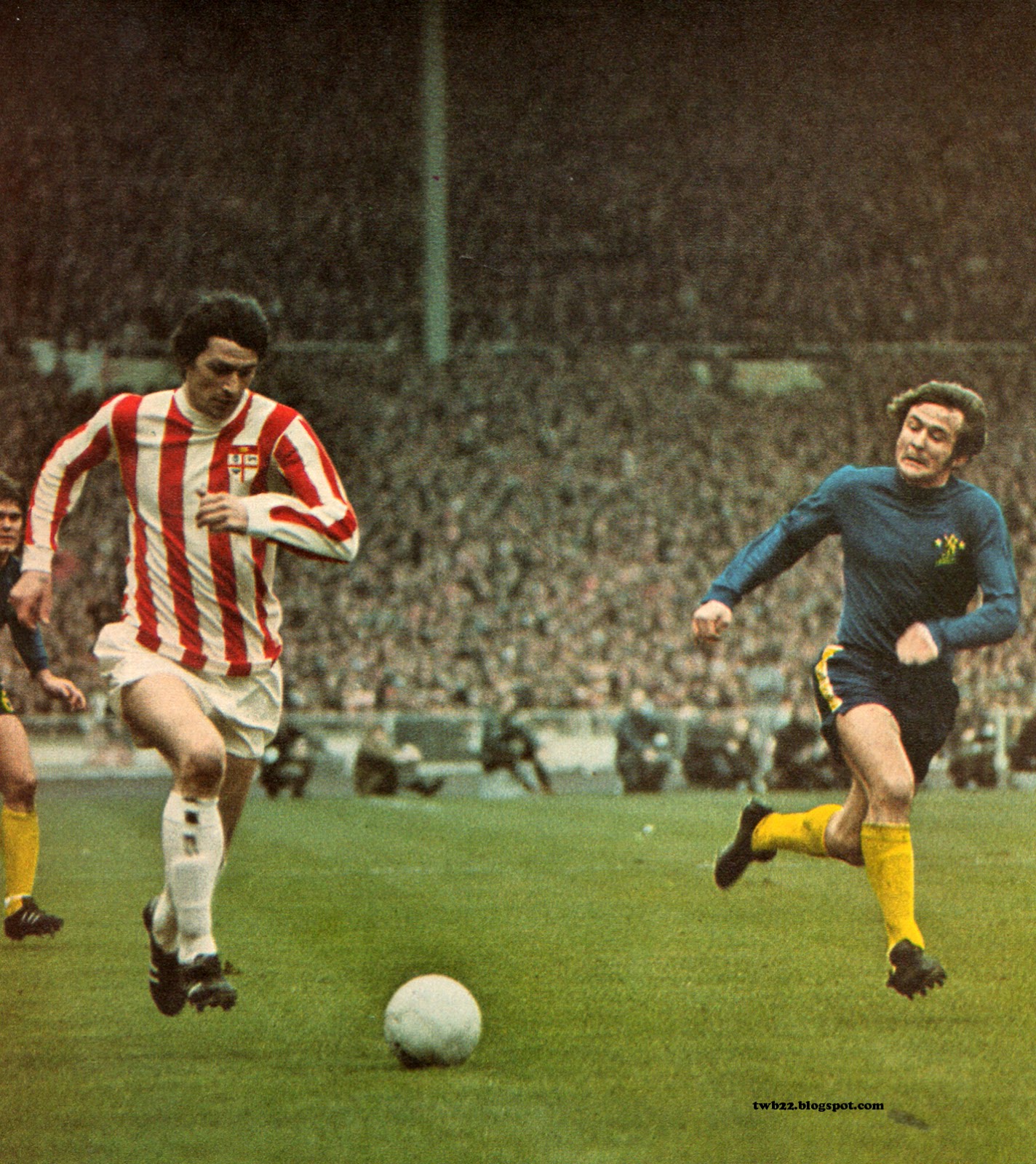 But seriously Roberto and me are going through a rough stage and I hope the make up sex is tremendous as I really need it right now.

So Stoke then. Probably the last thing you need, apart from being surrounded in the cold December stands at football engulfed by noxious post Christmas celebrations farts, is Stoke tear arsing into town with their legion of grocks sensing Everton vunerability. Like lads from the year two above gatecrashing your school disco. The big cumbersome mongs have a head start on testosterone and you’re barely into blondies.

Are they all that though? No, they’re not really. Managed by Mrs Doubtfire on HRT himself Mark Hughes, they’re going through a process where he’s meant to be realigning them to a more purist footballing style but in reality he’s just signed a Barcelona reject and continued to get his team to out muscle and snide their way past opponents in the hope no one will notice. 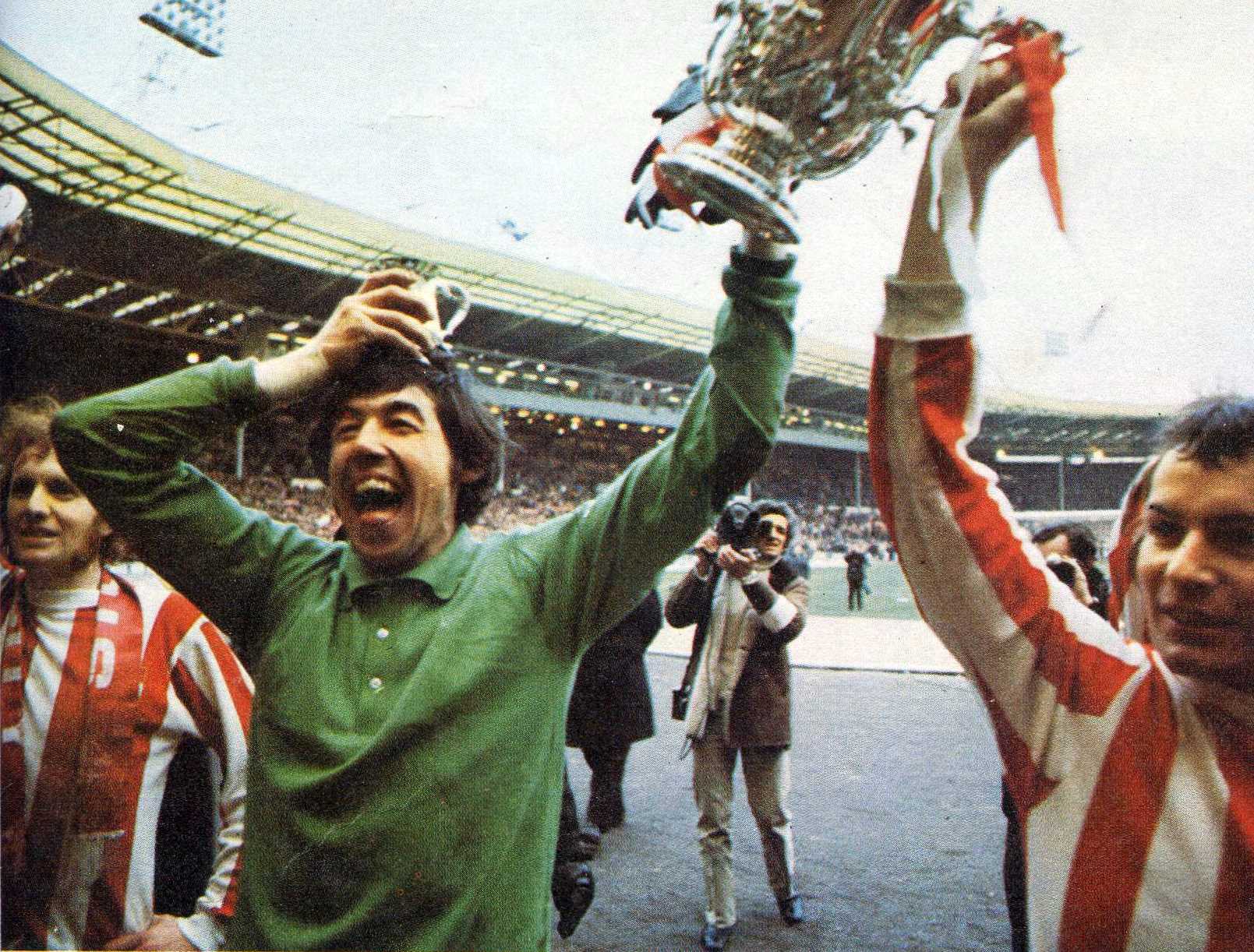 Stoke usually get a pass off me in terms of fans as they do have a mutant content amongst them but then don’t we all? For the most part you’ll find football fans who aren’t with too much airs and graces and get acute enjoyment over sticking one over the self entitled leading lights of the division. Yes I wish they’d jib the Delilah off. Yes I wish they hadn’t done the throw in celebration thing when Rory Delap was shaping up to launch a torpedo into our box. Yes I wish they wore less male earrings. Yes I will cringe myself to hyperventilation when the first one of their fans is spotted in fancy dress. Yes their birds are absolute low down dirty sweats. Yes there’s more culture in a two week old bottle of milk left out on a hot summer’s month than in Stoke. Yes Phil Taylor is from there and is the most repulsive human being that’s existed, the fat sweating phoney MBE losing sex pest jarg tattooed crumpet faced scrote. But that’s not important as the average person you meet from there is alright. And that counts for something in this selfie stick obsessed, banter ridden age of beauts.

Well in Stoke. But please that fat Taylor. I know he supports Port Vale but his stench rubs off on you by proximity. We know that feeling well with the various famous kopites tits we have hanging round the city. Even wools like John Bishop getting in on that act. Can’t you sacrifice him? He defo bums kids.

Sat here pissing myself at kopites buzzing at signing Charlie Adam and that “piece” someone linked on the forum from one of theirs describing him as having the same story as Pirlo. He looks more like he should be delivering bad news about your shock absorbers and the cost it takes to fix them than a professional footballer. Anyway, the fat beaut is a doubt for this, but Nzonzi is an athletic sort and Whelan will kick anything that moves in the midfield.

Hey Everton centre attacking players out there you good? YEAH! Bet you can’t wait to have Ryan Shawcross and Robert Huth putting you into headlocks on set pieces and elbowing your ribs when the ref isn’t looking. Well the latter is probably more likely to start from the bench with Wilson preferred, but you get my geist. Pieters and Bardsley will be the full backs and Begovic will start in goal. Someone please tell the lids in the front of the Gwladys to go easy on him as I’d love to see him keeping goal for St Domingo’s.

Nah, you know what? They play some alright stuff. But it’s harder to write a preview without some unfair typecasting. They play tighter football than they’re given credit for and will look to challenge every ball and press the play. Something we could do with to be honest. Shame we’re not playing us really.

Time for Everton team stuff. Lukaku isn’t really pulling up any trees but until Kones turns out to be boss he’s gonna start up front as Samuel Eto’o is rubbish when starting games. Naismith is the man, so let’s do something, let’s start him behind the striker and tell Eto’o to wait his turn on the bench and either drop Barkley into deeper midfield or tell him to wait on the bench and then – wait for it – play actual wide players including McGeady if you really must because they stretch the play and prevent the opposition buzzing off us as our three attacking midfielders do absolutely nothing when the opposition defend deep and tight.

That’s got the Word grammar checking screaming red squiggly lines at me all over the show as it’s a massive sentence but hey. The whole jarg experiment at shoe horning them all in should have been jibbed about seven games ago when it was patently obvious it wouldn’t work. Come on Roberto, we love you better than this you dark eyed dreamboat, sort it out.

Barry has looked laboured at best since his return from brief injury, McCarthy beautifully may be back and I’d look no further than two from him, Besic and Barkley in central midfield based on the they’re-playing-better-than-the-others-so-pick-them-scientific-scale.

The defence can do one. Stones is due back thankfully and our full backs either need to start raping again (on the pitch, not in budget hotels) or the likes of Garbutt need to be given a chance. And the less said about Howard at present is best. Many other top flight teams benefit from keepers that make vital saves, he’s falling short this season. Feel the deep angst that only an internet whopper can have post defeat? One bad titty lip on me about Everton lately. I’ve turned into the type of nugget I used to buzz off.

It’s not about serving up a comfortable two nil Boxing Day win and then everyone lives happily ever after. Maybe it’s about getting somewhere? Or at least look like you’re striving to.

For a squad at it’s best since a good day or two in the eighties we are falling way below what should be happening. Who’s to blame? Lots of people really but it’s not about blame. And not about post defeat fume hurricanes across social media and forums. It’s not about steadfast support and refusal to see anything other than imminent glory.

I don’t know what it’s about really. But I’d sure like Everton to remind me of it some time soon.