It’s weird this lethargy hanging around the place. An important and easy win was picked up against QPR but there’s still a deep suspicion about Everton.

Down to two things I reckon – first we are not playing well and are the lad who is dead cocky on cheap bugle but liable to bring down in tears at the first slap, and secondly that Evertonians are a realistic bunch. We can see that we have before us a team stuttering this season and as too much confidence against opponent would be folly.

Do people really line the streets to see the Coca Cola truck pass through their town though? Some marketing that like. Never ever forget for one instance that it was Coca Cola that turned Santa into a red and while being in the first place. Kopite of a company and no mistake. Stick to Pepsi, or that Virgin cola that was meant to be boss.

QPR’s abstract rubbishness was just the tonic. They were dispatched easy enough and three important points gained for the good ship Saint Sunday. A fully functioning Everton team would have shifted five past them at least but we sat back as soon as the third went in, as though the players couldn’t believe we were three up against an opponent.

So that fires us into a tricky period of three away games in eleven days over the Christmas period. It’s not terribly difficult opponents but with the aforementioned not too confident Everton it’s not something we’re too cocky about. Liable we get that slap like the lad on the cheap beak.

So that sees us on the longest trip of all down to the south coast to play Southampton, who are due our congratulations on becoming the first team to qualify for next year’s Champions League in October by virtue of their guaranteed top four finish. And you’d think that the over excitable Soccer AM beauts that herald such things would have learned from last season, with the exact same team.

For it’s a fact of life that the knobhead count is high in football fans across the width and breadth of the country, including sadly some of our own. On saying that there are few places where the concentration of pure unadulterated bell is at its peak than in dear old Southampton. They’re a bunch of utter scrotes.

Why? Well just look at them. As I referenced before if they are a charity shop version of The Inbetweeners v Green Street. The most unconvincing terrace “bother” since Danny Dwyer sought out fat balding men with crap tattoos for Bravo. Cor, you’re mustard you. You and your tales of clearly made up horseshit.

Southampton may fancy themselves but anything more urban than Freshfields on a Tuesday night in Liverpool and they would get found out as pissy pant gel headed cockmonkeys. This is what happens when nondescript little towns and cities get more than one season in the Premier League. They think they belong and turn immediately into hyper-banter mode. They for some mad reason get their kicks from sneering (I know).

A couple of wins at the start of the season and the tedious uber beauts in the media got on their knees and starting puffing them off. And there they were. In second. Loving it. To all intents and purposes they were that bad whelk of a Cabriolet driver with his top down at the first hint of sunshine in March. And now they’re sopping wet.

And they can’t wait to banter us Evertonians. Just heed my simple warning there if you’re making the trip down. Get ready for the wools of London coming at you with their wool rips and songs and arms out stretched gesticulating at our legion of slightly over weight dars and 30s and above misfits (and I firmly include myself in that) agog at how evolution could fail so spectacularly. And you wonder why cruise ships jib them off to sail into Liverpool instead? Imagine being a tourist to England and spunking too much money to wear suits at dinner with captain’s table aspirations before waking up ito Southampton as your destination that day. French Riviera or Caribbean it’s not. Get a wash you gypsy faced nobhounds.

Crush these Everton. These are sh1te on our ace trabs, nothing more.

To ensure that we get beat on the south coast Southampton are on a losing streak of five games and have pretty much all their important players either suspended or injured. We know what comes next. They’re in a bad place.

The former ace footballer known as Ronald Koeman was bleating to the media about having to play his lids. I’ve not forgotten you putting us out of the Cup Winners Cup at Feyenoord Koeman you eskimo eyed waffle faced hank. Change that haircut you bad screff. I’m not going to waste my time pretending that I know their fringe youth players, I barely know their starting XI. However it’s good news that Tadic is out as everyone who plays too much Championship Manager on the forum attached to this site has been blowing their custard over him for months now. The consistently ace Schneiderlin and Wanyama are suspended in midfield. So are Jack Cork and Steven Davis. That suave greaseball up front Pelle is touch and go, which is manager speak for named in the starting eleven.

So left to play for them not so famous boys in red and white are pocket sized pikey Shane Long, that lid Ward-Prowse, a wonder kid called Harrison Reed – who’s ginger as I signed him on FIFA – the Dutch centre half Alderweireld who everyone has signed on FIFA (unless they have an actual life) and fittingly someone called Cropper, who with their extensive injury list is too tempting a pun.

Truth be told I don’t really care. They sold their supposed boss players to Liverpool who then found out they were mid table level. Therefore they’ve done a good deed in the interest of all things good and decent in football. But their fans are still bad scrotes.

And for that reason alone we must beat them. 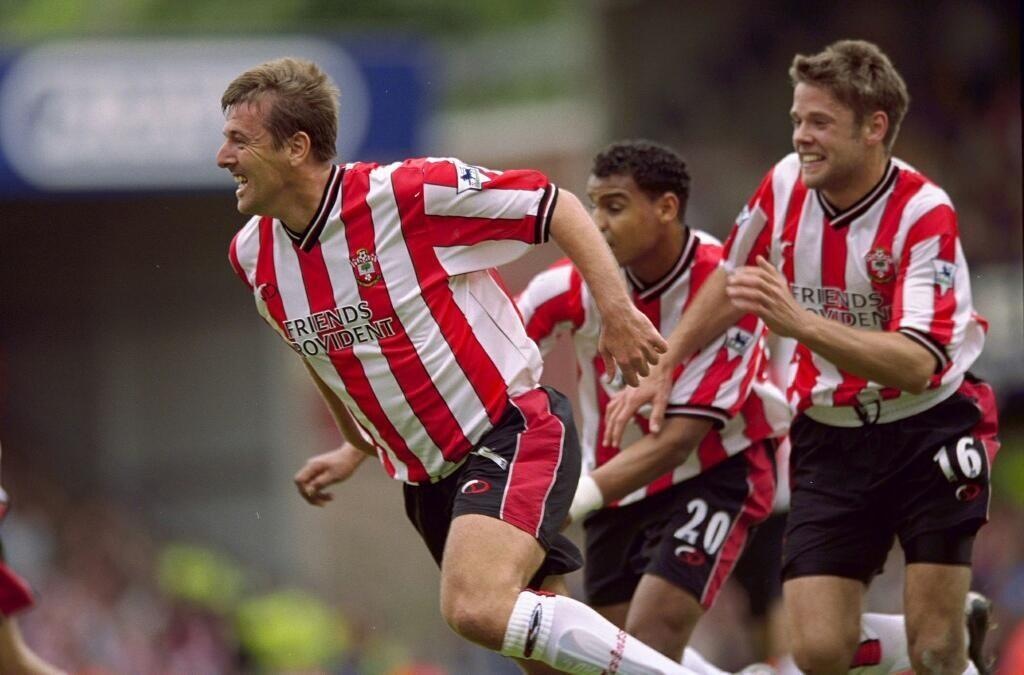 Probably a safe bet to assume that Lukaku will start up front. Lukaku should pay a savvy internet marketing company to go around everywhere online and edit in a decimal point in between the 2 and 8 of his transfer fee so our fan base can appreciate him. There’s also the options of Eto’o and Kone as wildcards up front but I suspect these won’t be starting games until when they come thick and fast between Christmas and New Year.

Either side of Naismith won’t be Kevin Mirallas who caused many palpitations when he went down looking like his ankle has snapped, but is apparently sound. Contagious this after Barry doing similar last month. So expect some of McGeady and probably Pienaar.

Midfield throws up a conundrum as Barkley and Besic done pretty well against QPR, hinting that a decent midfield two could be formed by the young lids at some point in the future, perhaps when we sell McCarthy to Man Utd. McCarthy isn’t quite fit apparently but his usual partner Barry is, and with a decimated Southampton midfield in opposition it wouldn’t be a surprise to see Martinez pitch Barry right back in to out experience them. Although it has to be said that Barkley looks much comfier with the ball and play in front of him instead of dossing around the 18 yard area surrounded by opposition shirts. Maybe we can play Lukaku as sweeper then?

Stones is edging towards fitness but again I think he’s return to the starting eleven wont come until after Christmas so Distin and Jagielka are GO. Coleman has been dead quiet hasn’t he? What’s happened? Is there some tactical reason for this or is he allergic to being spotted in the same photo as McGeady? Same for Baines really. Sort it out fullbacks, we need your goals.

Tim Howard in goal who showed his compassion this week by further putting Simon Mignolet in the spotlight after being dropped. Well in Tim.

That lethargy referenced at the beginning isn’t make me too excited by this, although with the injuries and suspensions it should be opportunity abound. Beat them and we’re only two points behind them. Maybe WE can qualify for the Champions League this December?

But enough of Everton, they only let you down. This game is the last game before Christmas, so it’s in the spirit of the season that I’d like to wish anyone who’s been unfortunate enough to read even a fraction of one of these morbid –trying-too-hard-previews a very happy Christmas indeed. Our best year is always the one ahead I reckon.

All the best lids.