Good moaning, I was just pissing by.

At last, an accessible European away day which, never being one to look a gift horse in the mouth, many of you are taking advantage of as FC Everton seek to offset the retreat of the British Expeditionary Force by taking a reported 1.3 million fans across or under the Channel to this week’s Europa League opponents: Lille. Or LOSC. Whatever you wish to call them. 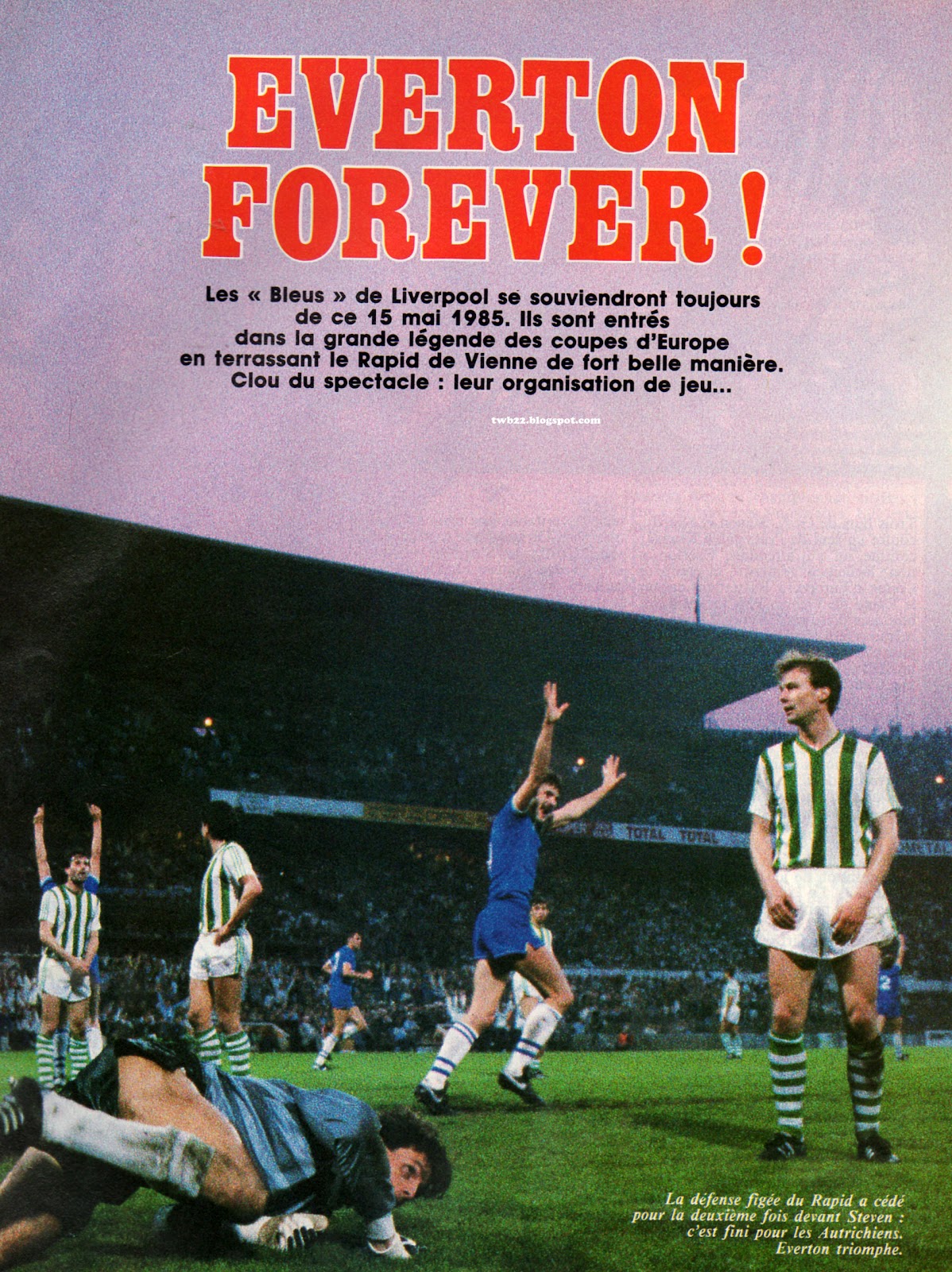 We’re feeling a wee bit better about ourselves as last year’s Everton finally made an appearance on the weekend just gone, as we brushed Villa aside all a bit nonchalantly three to zero to remind ourselves that when our chosen beloved puts their mind to it they really can be magnifique. Or was it just because Aston Villa were so poor? Maybe a bit of both? Who cares anyway? The main thing was much needed points on the board and a swift piping down of their travelling zanies who incredibly/admirably raised the bar yet again on cringeworthy scruff behaviour. Quite a talent they have there, and check us out only singing when we’re winning. Fancy that?

Much is wrote on this worldwide web about the Europa League being a Thursday night curse which would ruin our league performance which has largely been accurate so far, but in fairness it’s been the only competition we’ve shown any sort of balls in. Hopefully with some of our better players returning to fitness – and some to form – we can kick on and do more of the ace things that makes our hearts go whoooooah.

Flight and hotel websites were open on different tabs when the Europa League draw was made for a lot of us, looking to seize that beautiful combination in life of Everton and travel. Even if the two seldom go together very well. Any sort of hard time served supporting Everton teaches you to never ever rely on Everton for your good time wherever you may travel with them, and if they do manage to do something great then it’s a distinct bonus which will hopefully enhance your already good times arranged without them.

Whereas the majority of the beauts in Europe see the competition as a chance to go somewhere abroad and act like dead boss ultras with faces painted and flares, that’s not really the Everton way. Our travel is generally for one of many reasons of which if we asked 100 people – Family Fortunes style – I imagine the top answers would be a mixture of foreign ale/free pass to get away with mates from her/foreign bugle/to stock up on duty free/foreign brass, rather than to actually watch Everton.

There’s no spiritual misplaced togetherness to be gained, no scarves above our heads in heightened unison, no going teary eyed over another one of dem famiss yorapeeeen nights and certainly no man slaughtering of foreign fans. No siree. Just Jay from four doors down slumped in a foreign bar pissing his own kecks and some tit in the fountain despite it being only eleven degrees centigrade. 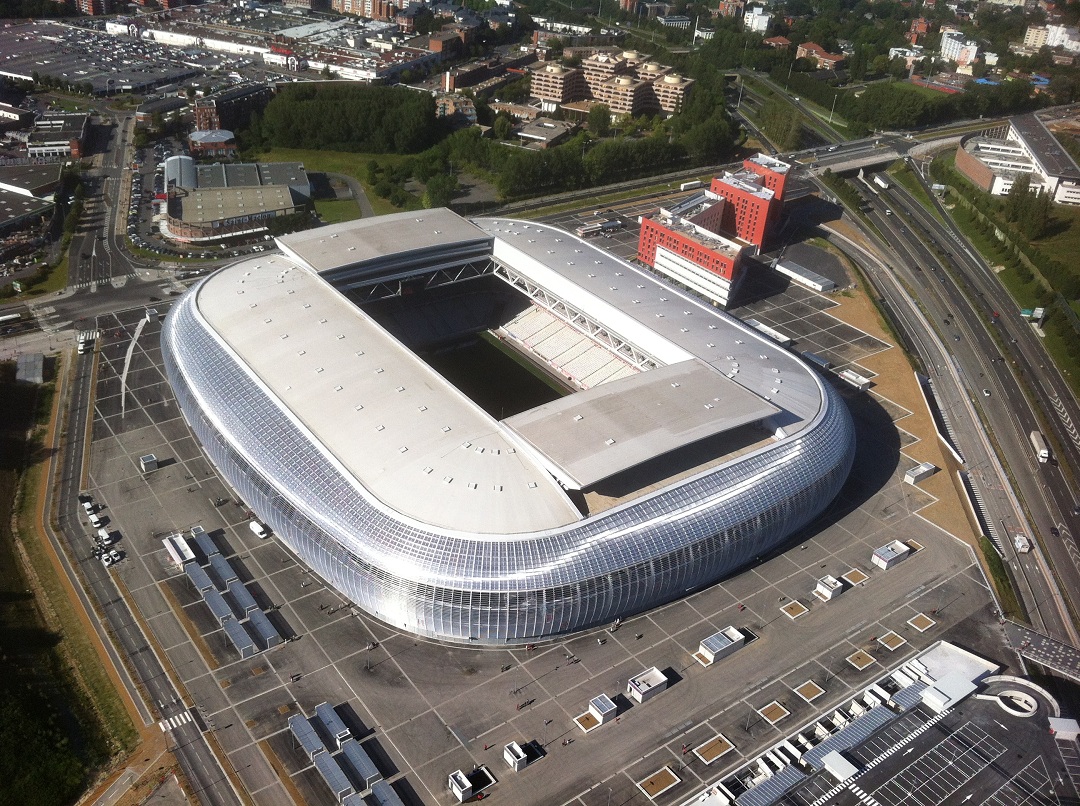 It’s perhaps the toughest match of the group as Lille are no shrinking violets when it comes to their togger prowess, being generally one of the harder teams to beat in France. For all intents and purposes this Lille team could be managed by the French David Moyes, such is their approach to the game. And that’s not being a dismissive nob as though we’re above that, more an acknowledgement of this team’s resoluteness and effectiveness. Excepting the last few games like.

As part of my service to the six fans on average that read these tedious tooth-pulling previews I take some time to preview the opposition, what threats they may bring and how scruffy their fans are, highlighting why were so much better than them and why they’re nothing but tits. It’s obviously a little more difficult to do so for the European games as I have an already unhealthy intolerance to other teams in our same division. 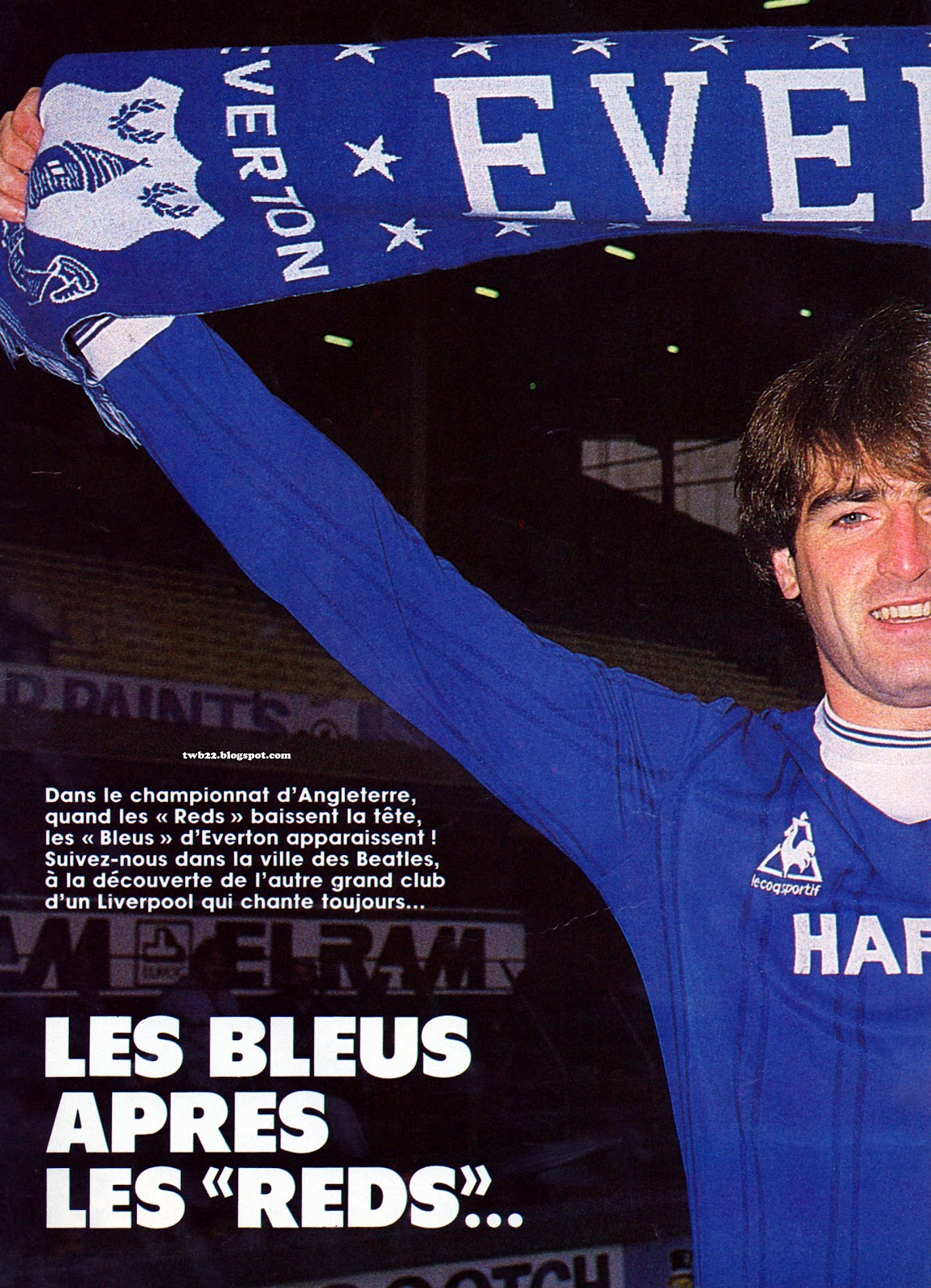 It was with glee on checking a Lille website that they have an almost Everton pessimism towards their team. The type of negativity forged over many decades of knowing that their team are going to succumb at the most painful time possible. They’re barely arsed about the football and in my mind I would like to envisage them sat there smoking Café Crèmes totally impassive to anything remotely fun or exciting, focusing their efforts on a clandestine affair with a tremendously complicated mademoiselle who sexes with the intensity of a severely irritated hurricane.

Whilst our girls score big in the eyebrow and orange coloured skin stakes it’s usually a fallacy of their sex appeal as within two calendar years they’ve got your credit card, your offspring and then morph in front of your very eyes into territorial hyper Nazis sent from Pluto to dominate your life. Their French equivalents are mucky, attractive and as trustable as famished lion. An exquisite combination.

It doesn’t end there with French elements of life trumping our own semi detached ex council house lifestyle. They are well better socialists, and you dare put the tax or price of fuel up and you’ve got a thousand stubborn tractor driving farmers blockading their motorways. Ace beer? Wine? Check. When they put their mind to it they create some fantastic cinema. Rugby, when arsed. And language. Everything sounds miles better when it’s said in French. The only real sectors that the UK gains big against them in are food – of which they mostly eat undercooked tripe – and warmongering where they have a history of underwhelming, despite Napoleon’s best efforts. And de Gaulle was a massive texan too. 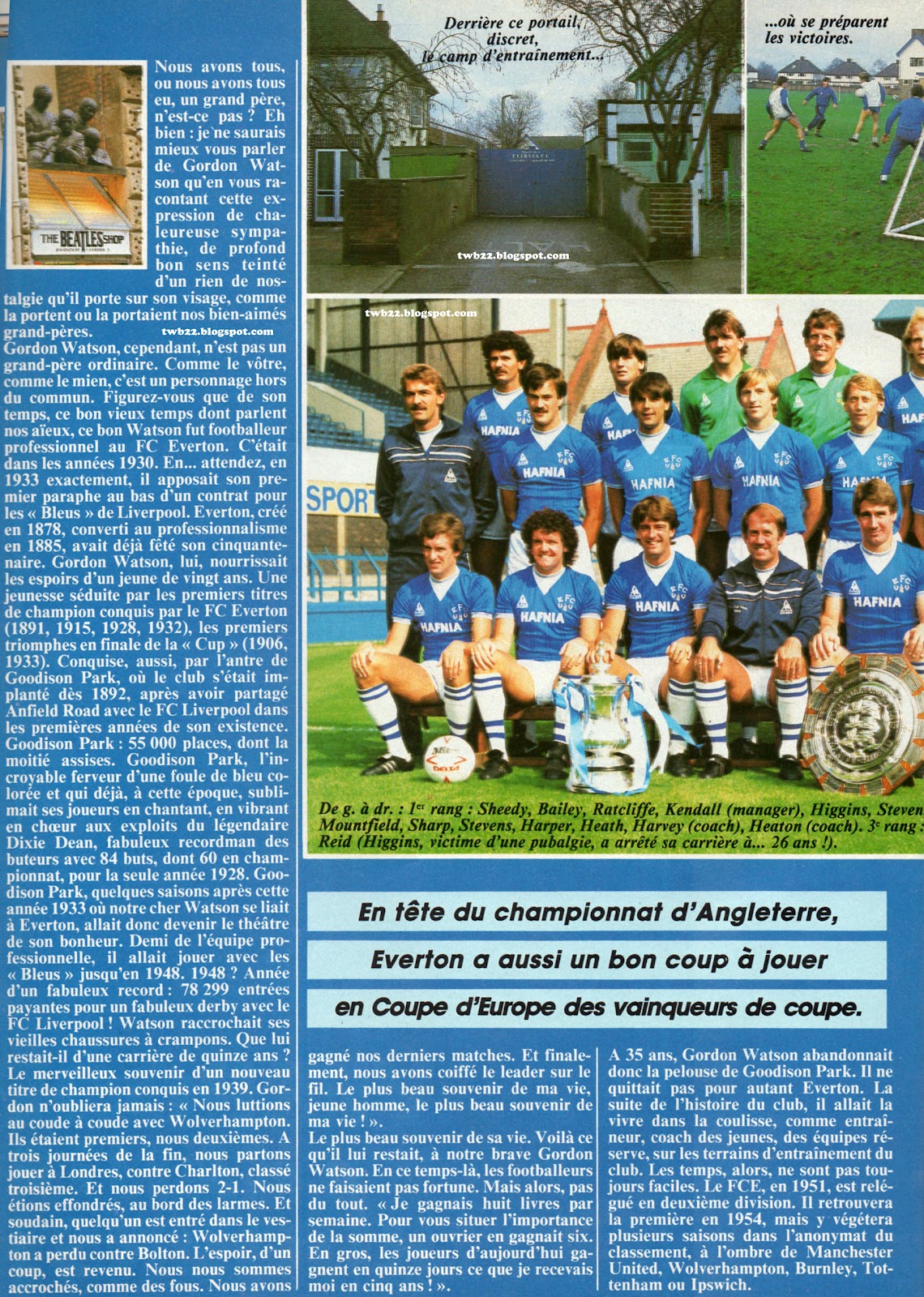 And as the finest piece of French TV produced (referenced in the opening line to their preview) taught us: all their girls wear stockings and suspenders.

For the team itself, it is managed by Rene Girard who I referenced above as being a pragmatic manager but one with a notable championship win under his belt in recent years. They’ve endured not all that start to the beginning of their season too cumulating in a couple of recent defeats – including a home reverse against bottom club Guingamp on the weekend – and a meh start with two draws in the two opening games of this Europa League group. They are however sat comfortable enough in Ligue 1 in eighth place currently.

Up front they have new kopite sensation Origi who was signed (in true LFC hyperbole style) on the back of a good substitute appearance in the World Cup. No prizes for guessing who will score the winner against us then. A lack of goals has been costing them dear and has led to fingers being pointed as said strikers, I’m not sure who will play with Origi as the likes of the experienced Roux, Cape Verdean Ryan Mendes or Rodelin has been firing, it’s only Origi who has any goals to his name in that department so far this season. 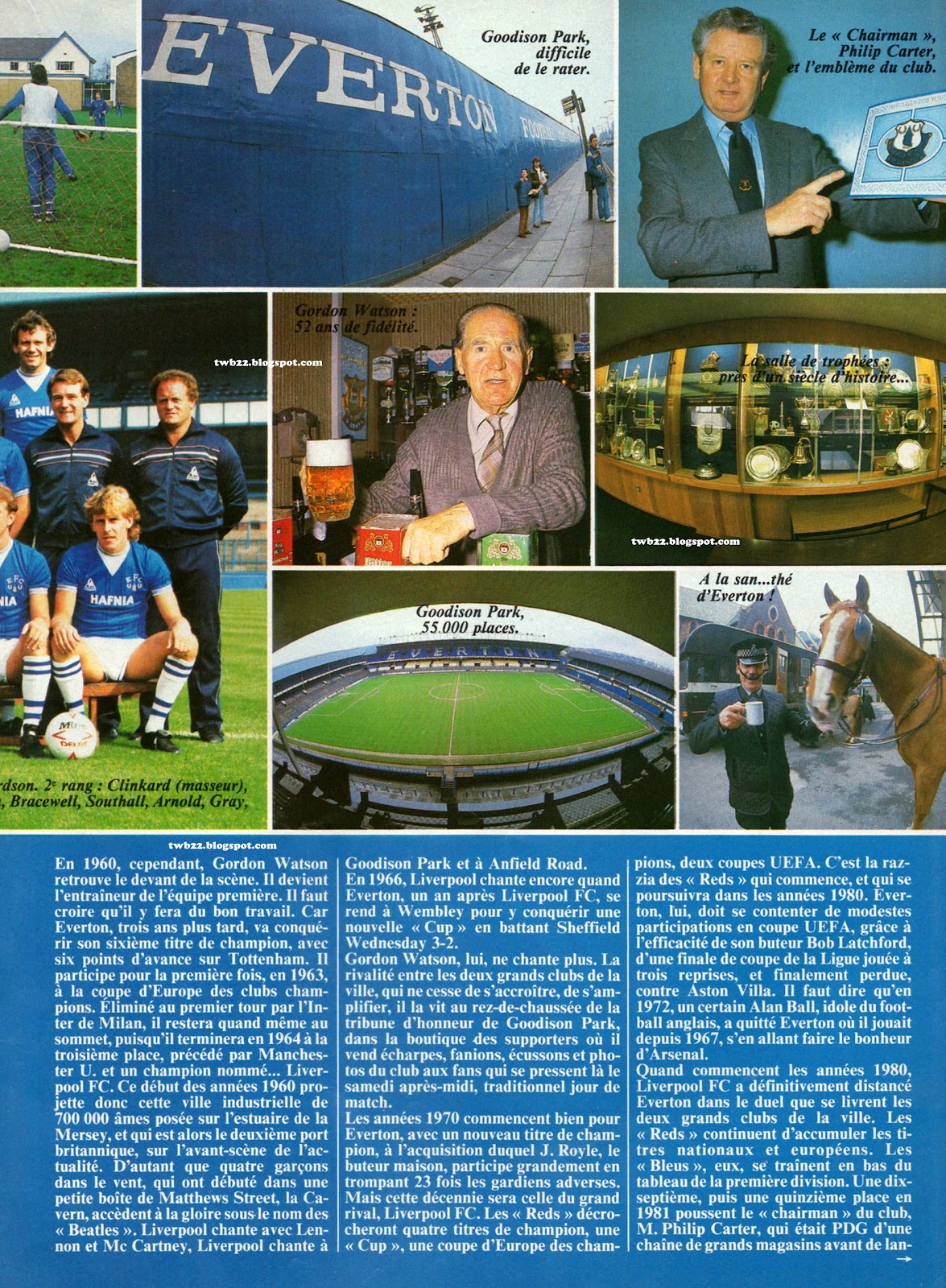 French international Marvin Martin is their key playmaker in midfield and the man to watch, he is a fine fusballer when in the mood/allowed to be and provider of many goals. Other than that it’s a fairly tight midfield who can use the ball well but are not going to rip us apart with rapid, fluid attacks.

Defence contains the big Danish lid Kjaer – a veritable jarg Viking supergrock of the LOSC team. A new signing from the German team in our group he is a dominant defender who will enjoy the physical side of the game. Is he quite Eto’o good though? We may find out. A weak point is full back Beria who is getting some good old fashioned vindictive Gallic hatred at the moment as he was fleeced not once but twice in their defeat to Guingamp at the weekend. He’s basically a shruggier version of Mitch Ward if their hurtful comments are to be believed. Nigerian stalwart Victor Enyeama, whose surname sounds like a scouse playground retort, keeps goal for them. 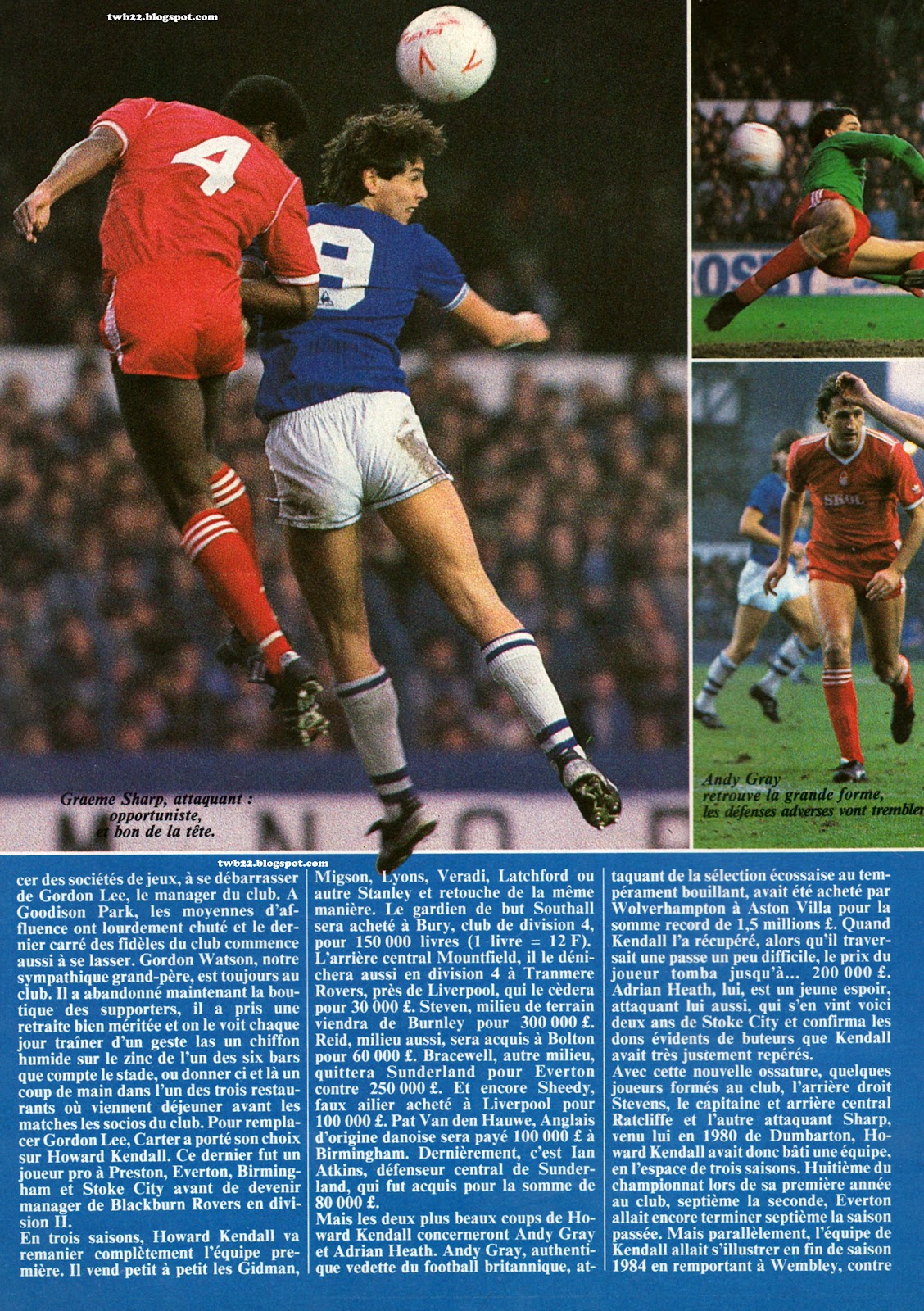 As with most things French it may simply depend on which way the wind is blowing that day in terms of the level of quality to expect. When they are sufficiently arsed they will provide more than a stern test of our resolve, especially at home. But then were too bad ourselves when we’re arsed either. So let’s talk about us then.

It is likely that we will see some changes to the team that done well on the weekend, as we have another away fixture to contend with on Sunday to the not so quite alluring Burnley.

Whether that means Lukaku will start is quite another thing but the presence of Barkley, seemingly his muse, helped pick up his game by a level – and a goal – against Villa. It could be a good chance to see some more of the weird thing that is Samuel Eto’o in an Everton shirt. Nice options to have. 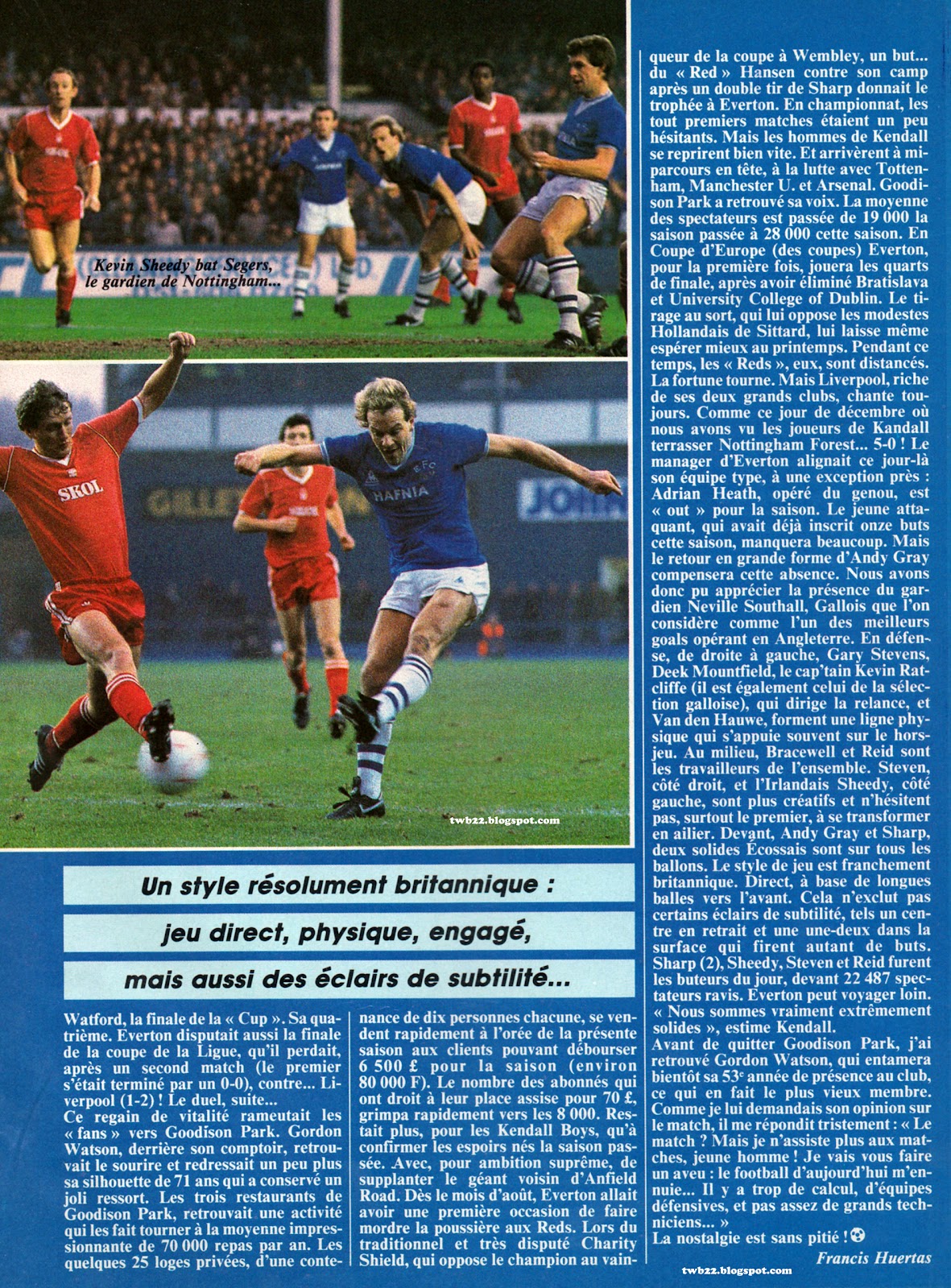 I reckon there’s a good chance the most beautiful Barkley may not start this game lest we wear him out after missing him so much. Naismith has also been hard at work recently but in his cased due to playing a load of first team games for club and country, it could be too tempting to give his wee corn beef legs a rest here too. I can’t see too an entire team rotation as Martinez has clearly ear marked this tournament as important to his season which should mean Pienaar returns to the starting line up and maybe a smattering of Atsu or Osman along that attacking three behind the main striker.

Central midfield is where we have got options and that should mean a start for Besic or Gibson, or indeed both. I’d hazard a more pragmatic approach by one of them being teamed up with McCarthy or Barry, the former who was welcomed back with a really good performance indeed last game out.

A clean sheet allays fear of a complete and utter breakdown in central defence, as had been suggested, so Antolin Alcaraz will have the relative luxury of eight minutes grace without being called useless next time he starts for us. Go easy on him you utter horrors. Martinez was talking about Distin fighting for his place during the week which means he will probably start for sure over in his native country. We have the best full backs in the league for most fan’s money but again I can see one of them at least being skipped for the midweek game. Probably Howard in goal.

So that’s us near the end. Apparently Ebola or ISIS are going to kill us soon anyway so we might as well enjoy whatever simple pleasures life happens to urinate on our leg.

Let there be no doubt that drinking with fellow minded good time lids on foreign shores in the name of Everton is one of them simple pleasures. Or more, so much more.

And in the middle of it all there’s the inconvenience of a football match to attend.

If you’re there have fun and if you’re not then you’re in 2.4% of the human population that’s ever existed to not have a ticket in their home end so hopefully you’ll feel special and unique.

And for everything else there’s Ross Barkley.