Forgotten how much Everton can do your head in on the weekend? Course you have! And that’s why you’re back, back for more! Maybe even anticipating it keenly. Read on foolish you! Read on to not find out particularly much but to certainly experience less exclamation marks! 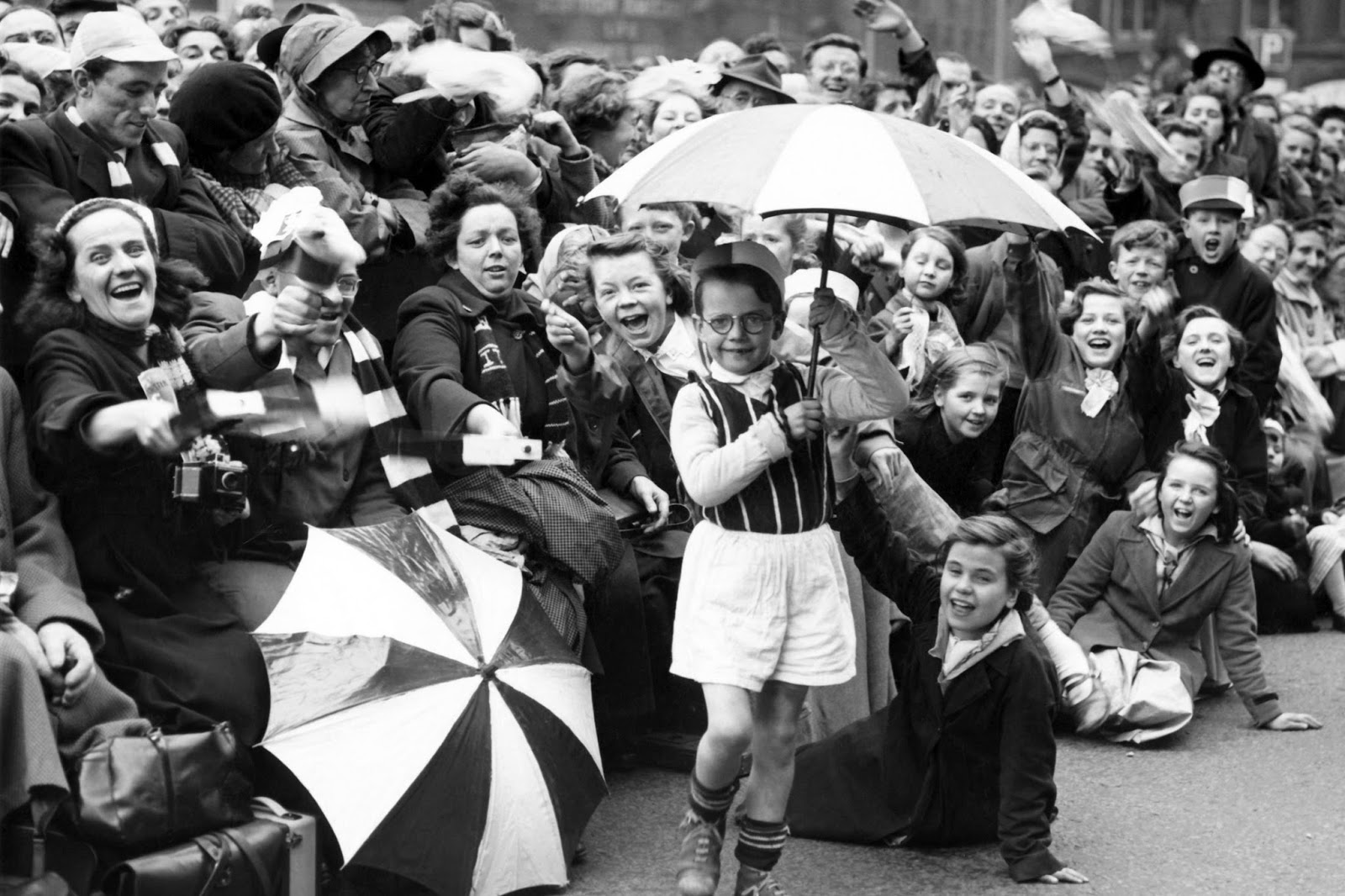 St Domingo’s weekend club for boys and girls returns after a two week break for international togger, on which is customary to moan about but in the last preview we established that maybe we needed some time apart from our Everton affair, due to us seeing each other far too much in the previous three weeks. Seven times in fact.

Further proving you can have too much of a good thing – and desperately trying to resist using yet another relationship metaphor – Everton delivered some rather fresh tripe to pipe us all down a little and remind us that last season’s fifth place finish on a record Premier League points tally really was something.

Who we kidding? Many of us have seen ace Evertons steamroller their way to league titles (remember them?) and there’s only a few points separating us all the way up to fourth places so let’s get this juggernaut back the road and obliterate the opposition teams whilst ridiculing their scruffy fans, the unfortunate bastards.

A quick look back at Man Utd though first: kiss our swingers De Gea you boss bellwipe. We really, really should have took something from that game against yet another weirdly average United team. Someone’s bound to get it soon surely?

Wouldn’t it be sound if it was this Saturday’s opponents who got the full force of our early season wrath. Unlikely with it being Everton after all but let’s put our hands together to welcome our illustrious opponents from down the M6 – Aston Villa – as they come to play the latest instalment of the most played English top flight game of all time. The bit there where I said “illustrious” what I really meant was “plaque covered teeth sloth speaking try too hard mega scruffs”. Just in case there was any lingering confusion.

For a club with so much wonderful history and success they are unfortunately burdened with their fans. It’s like meeting a boss bird, an easy nine out of ten, but she’s got prominent arse grapes hanging out of the back. They’re just there and you constantly know it.

These crushingly dull bum berries of Birmingham could choose to watch the game and enjoy the experience of following their sound club but instead are covered absolutely filthy rotten from head to toe with cringe worthy behaviour. Or as the whoppers on social media like to call it now: banter.

Let’s get it right: banter is for geordies, Soccer AM fawning texans, deeply insecure but outwardly confident university students trying to hide their middle class upbringing in the student halls and lastly: degenerate gobshites.

This isn’t banter that I’m typing now, this is me as an Evertonian, calling you, Villa fans, a maelstrom of dim witted fucktards, and appealing with every last bit of goodwill in my heart to reconsider your approach to following a football club. Sincerely, please just try.

No more of this MY LORD crap, or singing about fire drills when a load of baldy half-arsed-about-the-footie scouse dars go the bog or the bar before half time. No more dressing like meffs or your Farmfood quality tattoos. Absolute no more singing stuff about stuff. Dull stuff. Stop being the rancid anus of humanity, I implore you. We just want to watch the footie and guess what? You might even beat us. Sound that.

But you go back to Birmingham, and most of us get to remain in Liverpool and the various wool areas surrounding it. So ultimately we win. Exclamation mark omitted.

There’s a path for improvement there if you really want it and hopefully you’ll see the constructive criticism in these words is intended to provoke a moment of self realisation, and a subsequent amending of prior unacceptable ways. If you have internet or adult literacy in Birmingham yet anyway. It must crush you that your wools (West Brom, Stoke, Leicester etc) are on the whole far more easier to digest in company than yourselves. Come on now. 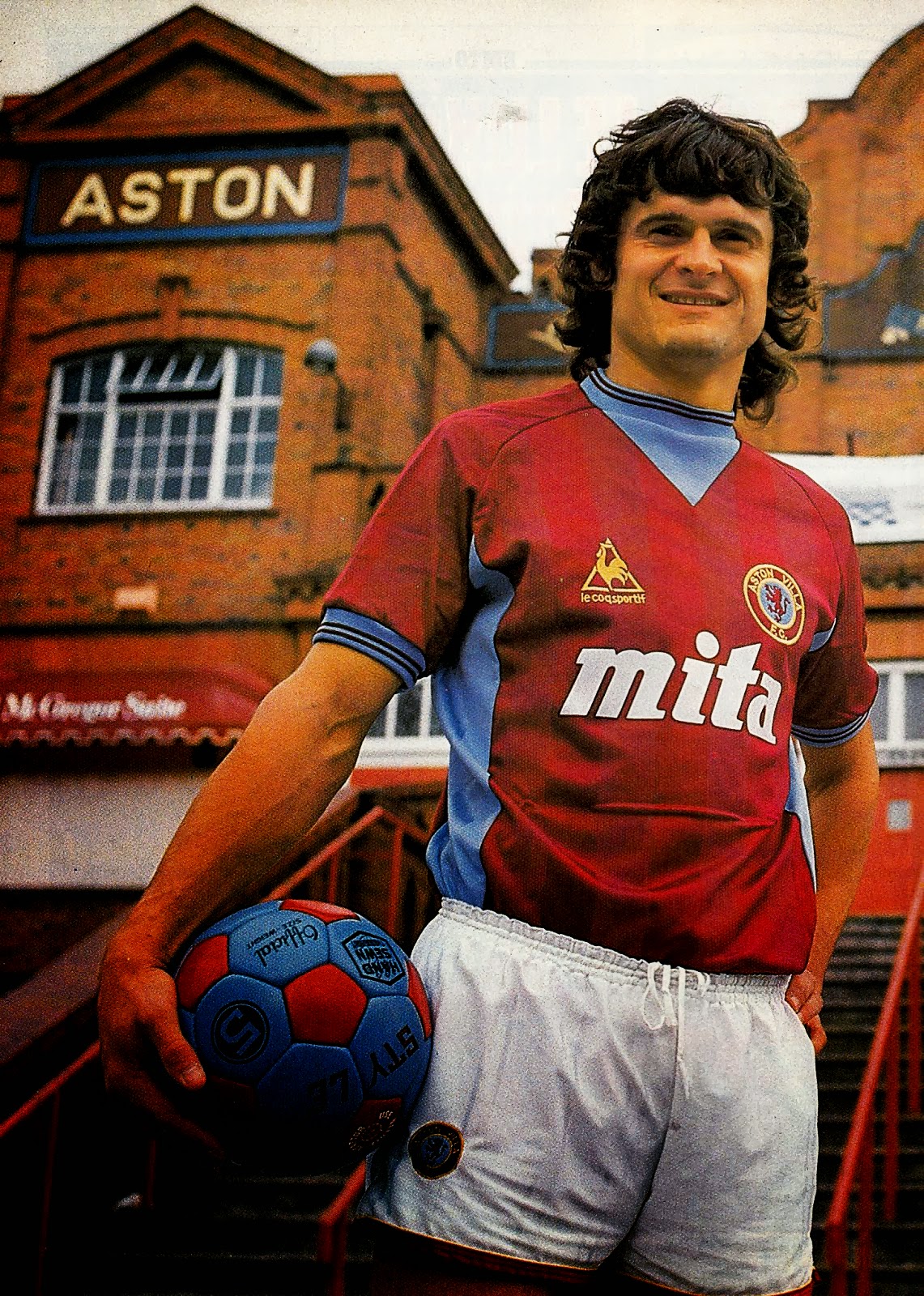 Current manager Paul Lambert – who looks like he’s going through HRT therapy but was one boss footballer of the nineties and no mistake – is going through a bit of a respite as Villa start the season much improved from their offerings of last season. Until they just got dicked in the last three games by Arsenal, Chelsea and City but no shame in that. There’s also more than a smattering of goodwill from these quarters as they gifted me a pleasant evening in a pub full of kopites recently with a decent win at Anfield (also remember them?).

Benteke is back from injury and I’m not too sure how good he is now as he suffered last season a case of the modern Lukakus to some extent. Still, he’s a big lump so we’ll have to be careful. No Stones too, do one Everton. Agbonlahor loves playing us as illustrated in him being not all that but prolific against various Everton teams of the past few years. Even if his cranium does look like a passable extra out of Mars Attacks.

Delph is a really good player in midfield but for all of his prowess he’s totally offset by how bad Kieron Richardson is, who also plays for Villa. Then there’s someone called Westwood fighting for a place there along with Everton 2015/16 midfielder Tom Cleverley who gets a walk over on this preview in case he turns out half decent in a royal blue shirt.

They have potential troubles in defence – not unlike us – where the Vlaar is touch and go for the game and they are actually sweating over the fitness of Philippe Senderos who picked up an injury during the international break. Any team that is reliant on Senderos for their chances of beating us should be swatted aside as easy as protective clothing in a Texas hospital. Alan Hutton and that left back that Liverpool overpaid for on loan will play full backs. There should be two Americans keeping the sticks if Brad Guzan is likely selected in goal for Villa.

And that’s your lot. 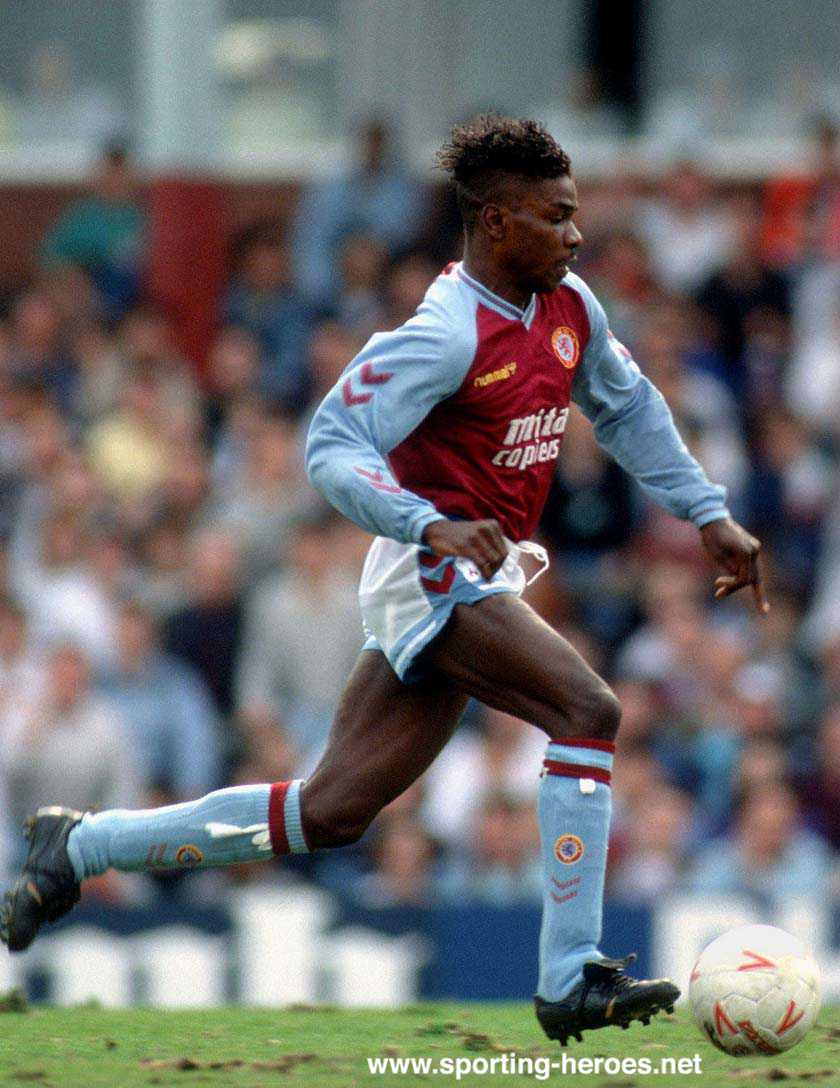 Unconvincing words of bravado can’t hide the fact that we are a bit brittle at the moment. The team hasn’t really got going apart from the odd result, and by that I specifically refer Wolfsburg and Arsenal first halves, and we find ourselves in mid October devoid of enthusiasm and flirting with relegation places. I thought Moyes wasn’t in charge any more? This Villa game is the first of an easier run of games however which needs to be took advantage of if we do want something out of this season. Check me going all dead concerned after seven games, tit.

Lukaku has been appointed as the the symbolic Prince of Everton’s underwhelming itself. On reading the occasionally fine forum attached to this side it was with no great surprise to see a few place themselves in very distinct opposing polarised views on Lukaku. He is either the best young centre forward talent in world football or a complete and utter waste of £28m and the failed signing that will crush Everton forever. As ever, the truth is in the middle. Being that he is a potentially very good centre forward who may or may not reach that potential but at the moment his current form is best described as dogshit. Form is meant to be a temporary thing so personally I’m not terribly concerned, not when we have Samuel Eto’o as back up anyway. 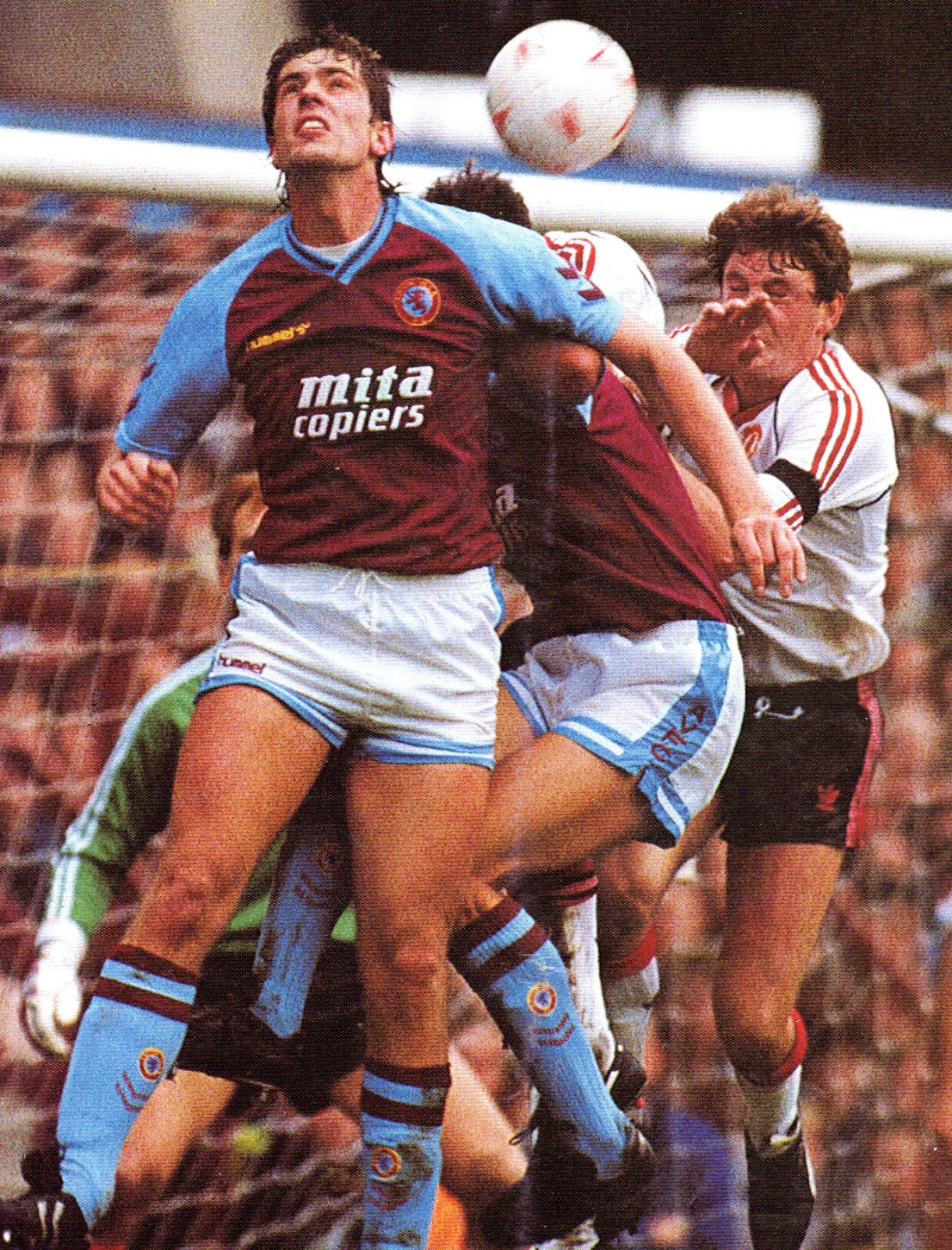 Moving onto the midfield and wide men. McGeady doesn’t inspire me too much at the moment and whether that remains or not will be revealed in due course. Who else we got to play there though? I honestly mean that question too as I can’t think right now. Pienaar was welcomed back into the team against the mancs but then went off injured so until Roberto starts talking I can’t decipher if he’s carrying a knock and will be sound (sound tissue injury) or completely and utterly goosed for months on end (deep tissue injury). Oviedo looked good when he came on though didn’t he? He was a great save away from becoming an Old Trafford icon x 2. I love him and his dead fit bird, the wee latin sex imp. Even though when he smiles it looks like an unforgiving vulture has pecked out his eyes.

Hopefully McCarthy is back as we need his non stop stuff all over our midfield and the opposition’s, and I presume a fortnight rested Gareth Barry will be there to join him. Despite Besic’s slow but pleasant evolution.

Oh John Stones. Why did you have to pick him Jesus? He may look like a Wallace and Gromit sketched basketball played but he was doing just fine. So we are left with an improving Jagielka to be partnered with either Alcaraz – who the majority of you will never forgive for last season’s Anfield derby – or Distin who apparently isn’t on speaking terms with Martinez, if you believe the rumour mill. Sure it isn’t like that, but I’m running out of enthusiasm for Everton starting line ups by now. Anyway, opportunity knocks whoever takes it. Maybe even Tyias Browning? Nah, this isn’t FIFA career mode.

Have Everton ever missed a right back as much as we do Seamus Coleman? And for his goals too. Hopefully he’s fit after being concussed by one can only presume a passing train he’s been out that long. Leighton Baines should start left back. Wasn’t really much Tim Howard could do for either United goal so he gets to live another week without too much stick, although Joel Robles and his considerable about of teeth must be getting nearer to a shot.

NO WATER IN THE WATER FOUNTAIN.

Most of you aren’t even arsed anyway, you’ve got the scent of fresh baguettes and early morning Channel crossings in your nostrils and I don’t blame you, for sometimes even Everton can get in the way of all that’s good about football.

But this early season guff has got to be dealt with – as per the Sopranos: you cant put the faeces back in the donkey. So get the dust pan Everton, go on, get it scooped and outside so we don’t have to deal with it. A full bottle of Dettol on it too to make it smell nicer, rather than for hygiene purposes. Or cut a square out of the carpet and set fire to it outside in the yard.

Whatever really, just sort it OK?