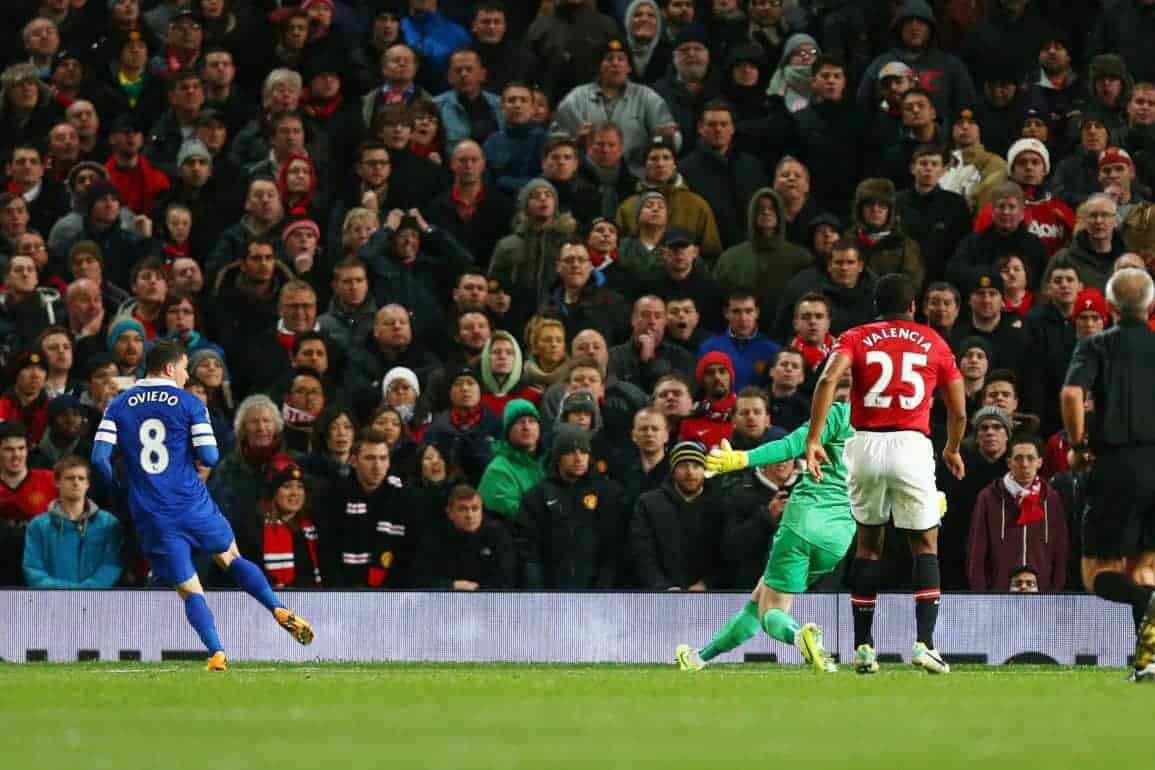 Something about high noon showdown. Anyway are we there yet? It’s been ages on the road recently, which is sound because when you have an international break you notice the void of weekends without Everton pulling your heartstrings – for better for worse.

I’m not quite sure if it’s for better or worse at the moment, is there a meh string to pull? If so Everton are strumming it like an overly keen Thursday night guitarist playing the Lomax.

So what do we need to get the show back on the road? Well certainly not a visit to Old Trafford and then another two week international break. Or maybe that will do us good, you know, catch our breath. Or as a middle manager plum may say: consolidate.

But that’s how it is and it’s coming your way so grab a pile of if between your finger and thumb, jam it in your mahogany pipe and get it lit before exhaling deeply, before crossing your legs as gentlemen used to do, revealing a pair of patterned grey socks.

Thursday night exploits in Russia turned out not so bad. Initially it was bad as Everton were tripe for the most part until Krasnodar ran out of breath – then Everton pushed on and started playing, and the equaliser thankfully followed. It leaves us in a strong position in the Group but on current form that doesn’t count for too much with four keenly contested games left.

I’m just looking forward to when all these games die down and we can concentrate on putting out a group of players resembling our best eleven. Squad rotation and Europe sounds so inviting, the reality is a wee bit underwhelming at present as the majority of our players are nowhere near any sort of form.

So onto a fixture we do very well in – if you’re only counting last season and forgetting the twenty years before then. There’ll sadly be no more “stuck with Moyes” to taunt the scruffy plebs with but hopefully the protective bubble of Old Trafford is well and truly popped after Oviedo’s most beautiful thing there last December.

United aren’t doing so well themselves either, after much trumpeting about Van Gaal and – shoot me now – his Gaalacticos. Swear to God if there’s any karma in this world then this Ebola outbreak will only target the dickheads who use terms like that, along with anyone engaging in #banter and all operators of BBC Live Text. It’s an epidemic of twattishness and a greater threat to humanity than any disease or hardline splinter terrorist group.

United spent big bucks in the summer trying – a la Colin Harvey 1988 – to try to return to former glories and it’s far too early to assess that or make predictions about how it will turn out. They signed some good players without doubt, but for all Pat Nevin being boss, he wasn’t as boss as before. It’s a risky strategy.

Old Trafford and indeed any Manchester game has never been a pleasant away day, particularly for those of you harnessing the power of a scouse accent. Practicing your best wool words before you go just in case was the sign of a prepared away dayer. Uhr-ker mert.

There’s obvious needle between the two cities, two very decent cities too it needs to be said, but of course Liverpool is the better of the two and they hate it. The jarg jean wearing bad bumfluff quilts only found their confidence and voice when the uber-beauts from their neck of the woods told them to roll with it. Madchester! Meffchester would be more accurate. When you consider behaviour, cleanliness of offspring, attire, facial hair and psychological profiling it’s clear that Manchester is the UK’s biggest unofficial gypsy camp. 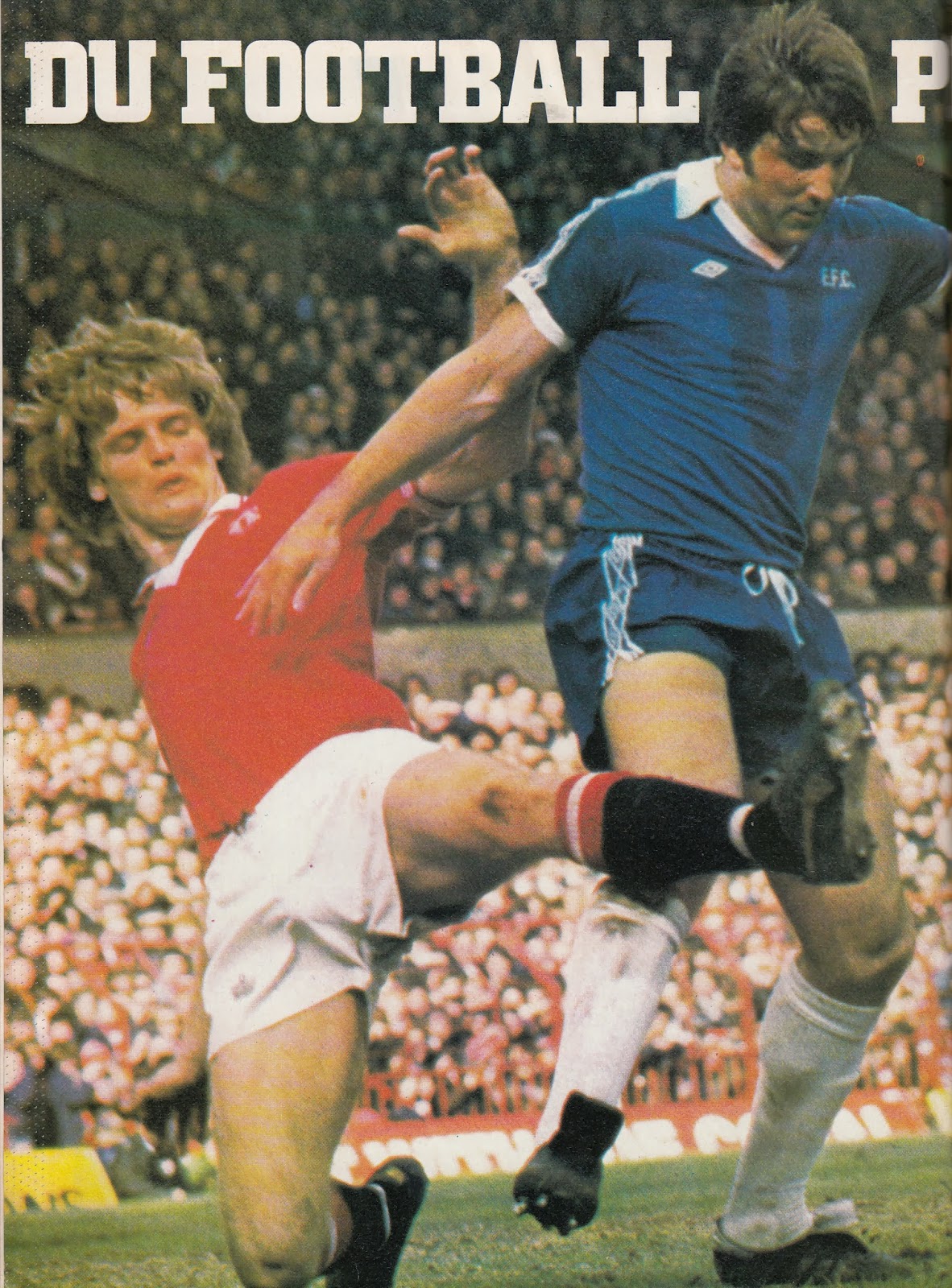 I know plenty of sound enough lads from there so it’s not them I refer to when I typecast them as tedious, Joe Bloggs wearing, scruffy kid producing, plazzy hardman texans. They’re absolute nails when they outnumbered you in Sankey Soaps or at an away game there. Rolling tobacco stinking shithouses when anywhere near an L postcode though.

And they sing stuff about scousers – all dead proud of their manky toothed selves – when their own captain is a bonafide card carrying scouser. Is right lads. Boss that.

On saying all of that they’re sound because they hate the kopites as much as we do. So all is forgiven and they’re the best thing ever. I’d even suck them off for the services to football in the past twenty years. There’s no bigger piper down of kopites than them. It’s bumfights, but on a parochial footballing scale.

Personnel wise they have a few new shiny things to inflict punishment on travel weary teams with moody defences, that should worry us obviously. The likes of Falcao, DiMaria, Van Persie and Mata turn teenager FIFA players into over excited jibbering wrecks, and have the media hankering over them making any sensible dialogue in a pre match press conference impossible as they try to implore the opposition manager to profess how he’s shitting himself at having to face them. I was laughing at Tim Howard buzzing off such a proposition in the lead up to the match, but naturally will fume when one of them dips one over him from 35 yards.

Rooney is suspended which according to some fans isn’t a bad thing. Look at what you could have been Wayne. They are also hampered by a big injury problem in midfield and at the back in particular. 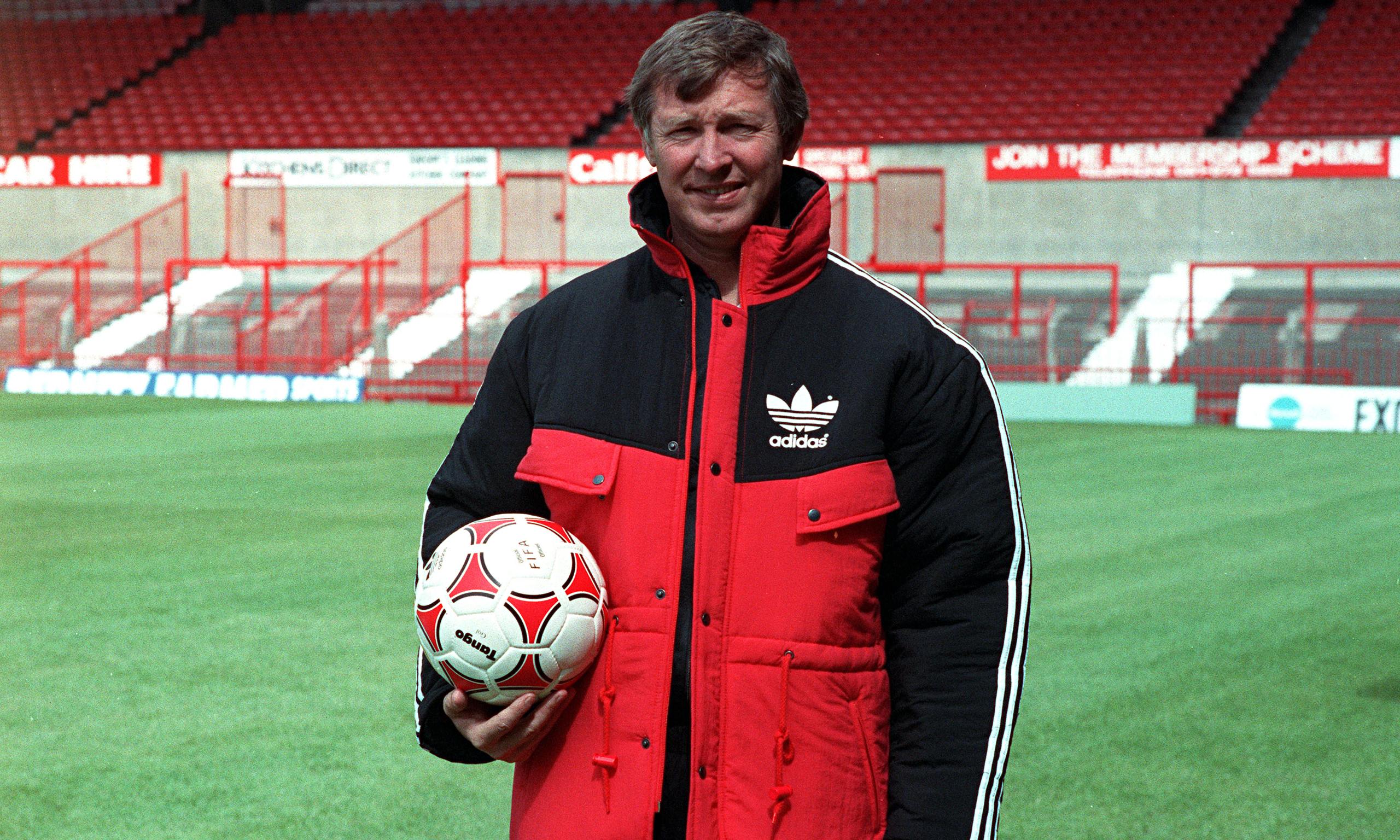 Midfielder Herrera has looked the part since arrival – a neat and tidy player in the recent United mould but a hard work with it, a jazzy James McCarthy if you will, he will be a big loss. Blind and possibly Fletcher should complete the midfield. Oh hang on, Fellaini is fit. Hopefully they’ll continue to keep on being oblivious to his best position behind the striker rather than as a defensive midfielder.

At the back they got some problems. If they play four there as they’ve been doing then Van Gaal says he will stick with nineteen-year-old Paddy McNair, and they’re all raving over this Rojo lad after he was ace against West Ham. Full backs should be Luke Shaw and Rafael, with driver-of-the-Mystery-Machine-stand-in David DeGea keeping the nets. 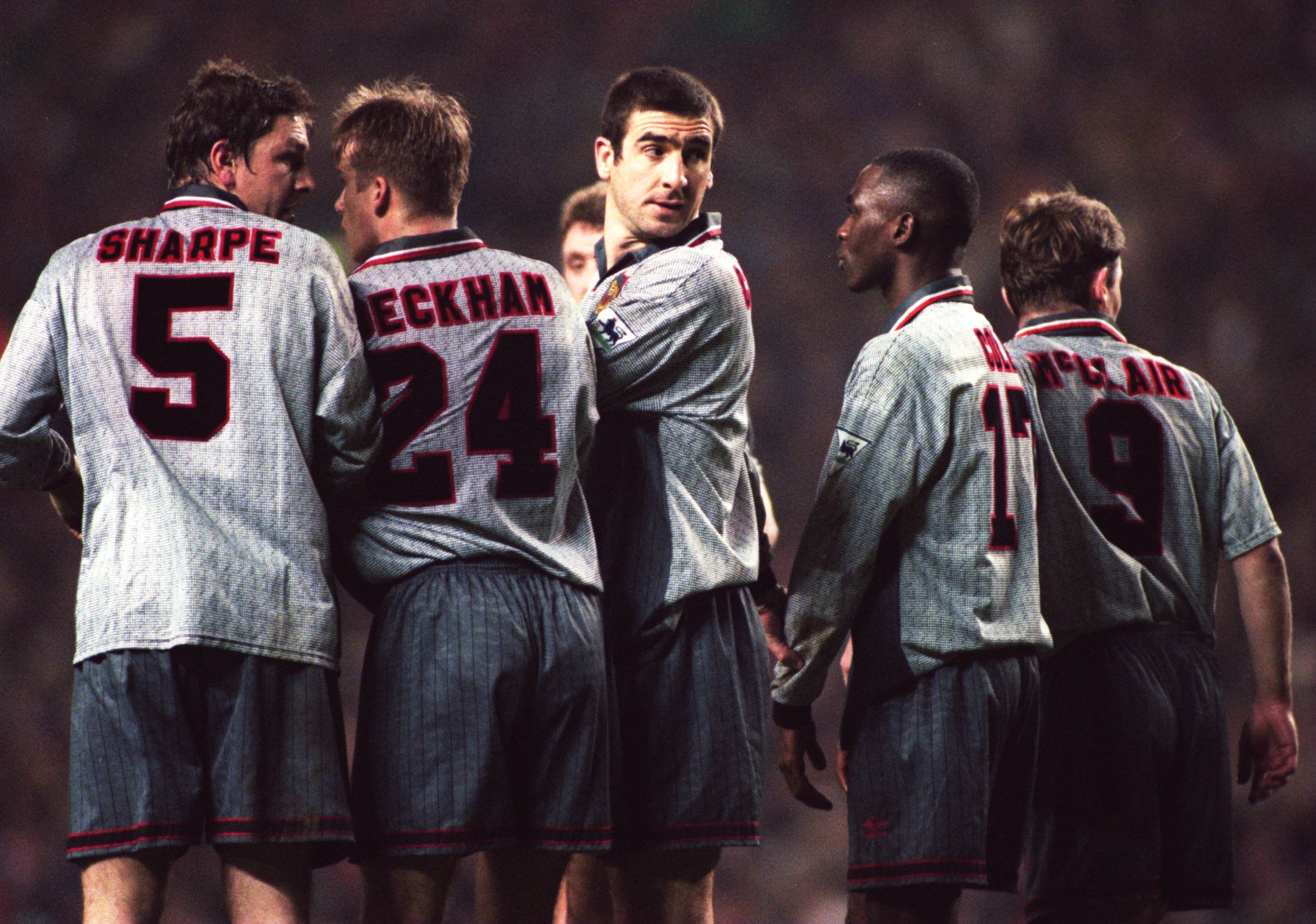 On looking at that lineup there’s a clear chasm of quality between the two respective parts of their team, up front and at the back. In many ways they’re a classic Friday night dilemma. The pretty girl who is great to look at and boss taegs, but not so good from the waist down. What you gonna do Everton?

Get wrecked and smash it, I’d wager.

And then probably get into a relationship with it because it’s ready sex, cemented in various B&B weekends to North Wales and the Lakes. You made her buy suzzies yet Everton? Course you have. Sex dried up yet Everton after eight months? Oh hang on she’s pregnant. She’s now your wife Everton. It’s ok though – just make sure you’ve got one headphone in and use incognito on the browser ALWAYS.

What am I even typing about here?

Eto’o’s return to fitness. Hang on, is that you spell something belong to Eto’o? Sound. Anyway he scored so he’s a viable option up front as Lukaku looked sound from the bench, but will probably start. And Kone had a chance of making it back before the end of last season but seems to be dead.

Naismith was rested for Europe so will probably play behind whoever starts there unless we do something loco like start a front two or play Naismith as one of them jarg number nines. Only Martinez has the answers.

Great to see how far Naismith has come when he’s one of the first names down on the teamsheet for an away game at Old Trafford though. Preferred over Eto’o even? Late fitness test goes well and we may see Pienaar; who was looking boss months ago against Leicester. It’s only in player absence – coupled with a poor run of results – that we realise their worth to the team. Not on the kopite-Lucas-scale of course but Baines looks forlorn without his mate to play with on the left. If not then probably something like McGeady and someone else. Oviedo? Atsu looked like he belonged to Mario Kart rather than professional football so I reckon he’s “from the bench at best” for the next couple of games. McCarthy was rested so should defo start, Besic could have a part too but I reckon Martinez will probably play Barry as he usually does for such big games.

Stones and Jagielka look the preferred partnership at the back for now but player in Russia on Thursday so I have absolute no idea if they, or one of them with Distin, will start on Sunday. John Stones though. Dreamy.

We’re sweating on Coleman being fit. Have Everton ever had such an influential right back? Probably so, but there was no internet in those days so hyperbole was far less so and if someone was saying this in the pub you’d probably, rightfully even, dismiss them as a weirdo and a tit. Tim Howard will play goal, he was sound on Thursday too, some good saves. 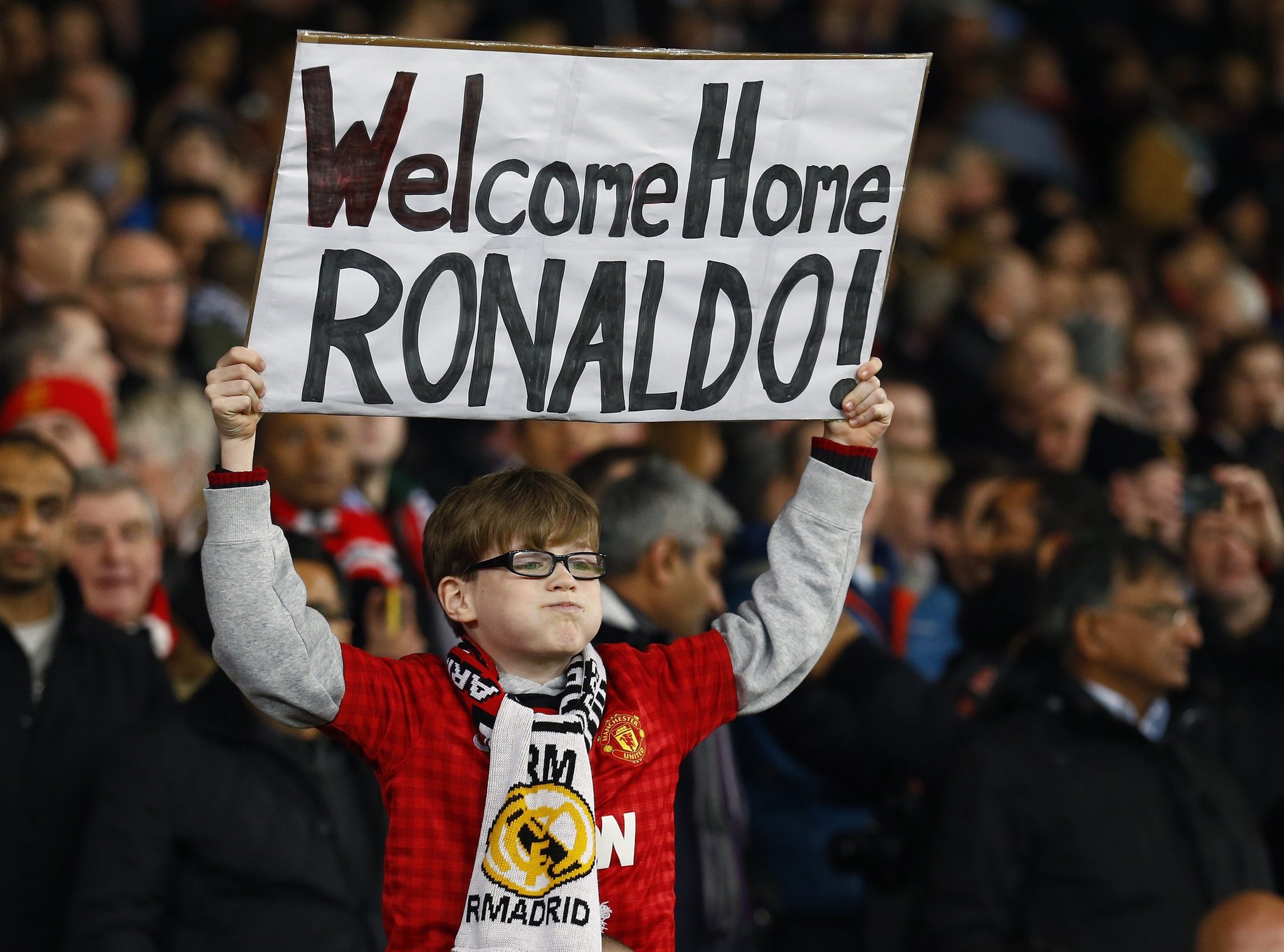 I have absolutely no inkling on what way this will go. I’m probably foolhardy in thinking that we have broken some long standing voodoo curse and they will likely turn up and rinse us with their boss expensive players, aided by a crud Everton continuing to type.

But devoid of hope is no way to be a togger fan is it? Not when Martinez looks at you with them dark, almost black pupiled eyes and tells you that we are pure relishing it and clearly everything is going to be ok. Clearly. Clearly clearly. Lose tomorrow and we’re in a traditional Everton league place of the nineties though.

Anyway there’s a fortnight break after this and I reckon it will be sound to not think about Everton for a bit. We need some time apart, been seeing each other too much lately.

Does that mean you want to finish with me then?