Hello Europe, you been missing us?

Probably not as let’s face it we’ve only won one European trophy and our recent sorties onto the continent ended when we faced the first decent quality savvy team who’d find some of way of just doing enough to put us out. Maybe it’s different under the suave possession and counter attacking methods of Martinez, or maybe just maybe I’m speaking yet more tosh to open up this preview?

But anyway it’s something that we grafted thirty-eight games for to earn so it’s something to be enjoyed. There was a shake of this head when Hull recently put out a weakened team to be dumped out in the qualifying rounds. Since Man Utd jibbed off the FA Cup to play in a jarg FIFA tournament it’s been en vogue for teams to be focus on other things rather than the cup they’re playing in. Even more peculiar if like us it’s a tournament you haven’t won such as the League Cup or this essentially UEFA Cup.

Time to put that right then. A confidence boosting away win and important clean sheet against West Brom on the weekend was just the tonic for a side starting seven games in a short space of time. Everton had plenty more resolve about them but it was evident that West Brom are not all that at present and Wolfsburg – despite a moody start themselves – will be a much bigger test of our resolve, especially their attacking options of which are many.

As is the tiresome custom in these previews it’s usually at this point where I’ll rip into the opposition for their scruffy demeanour and unfavourable habits that they collectively possess. I was looking forward to typecasting entire nationalities with the onset of European footie, but it’s unfortunate that it starts with a country of lids that I happen to like.

I know you’re not meant to say that lest an old fella in a slightly musky blazer chastises you for not honouring his fallen comrades who fought the Nazi threat back in the day. Not excusing what they did but they did have some ace things about them like a penchant for Hugo Boss clobber and swish Mercedes Benz cars. Also done boss rallies. Potential Walton Hall Park protest groups take note.

Thankfully, through ripping the country in the middle and decimating their culture for forty years coupled with never allowing them to have a Navy, we have genetically modified their DNA so the present day Germans are a refined, easy going beast – with not so boss clobber but ace cars, but now added boss sausage, beer, girls yet with the occasional neo Nazi sleeper cells murdering a Turkish immigrant for nothing and upsetting the Daily Mail. Pros and cons.

They’re also tremendous with money so are in charge of Europe’s wealth. Pretty much all the countries they were colonising for living space are now firmly suckled on the teat of it’s breast, taking money that stop their own economies falling into anarchy and this big whole Euro coin thing exploding. Even if I wish it would, as things were much cheaper in the peseta and drachma on holiday.

Which tell you nothing really about the locale of the team we are playing: Wolfsburg. But that’s because there’s nothing really to report about Wolfsburg. It’s a dull smallish town in the middle of nowhere with reported incest, bad clobber and scruffy kids devoid of ambition. A Woolsburg if you will.

Imagine taking the Jaguar Factory in Speke and dumping it in the middle of the Yorkshire Moors and building houses round it. That’s what Volkswagen have basically done with Wolfsburg.

It’s them coming to us for the first game so prepare the Bullens Road for questionable mullets with highlights, leather bombers with the sleeves rolled up, jarg Aramis bought for two nicker from Marmaris and smatterings of ultra behaviour from pampered middle class quilts struggling for their identity.

Wolfsburg have been a bit Everton in their placements around the Bundesliga of late, apart from winning it a few years ago of course, under that Fulham Manager who looked like Penfold that took them down last season. Similar to us they’ve had a less than enthusiastic start to the season but they should seem themselves right before long. 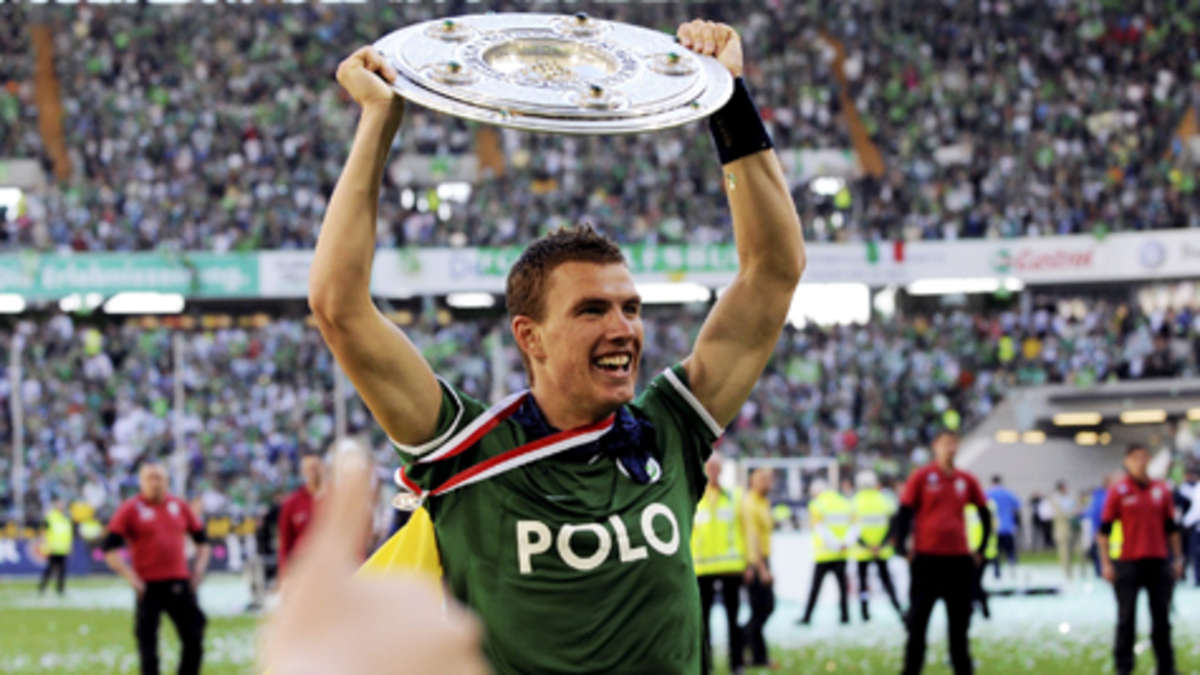 The team is top loaded in players better in the opposition’s final third that their own so there will be a strong onus on hoping we can keep a clean sheet. If we do then there’s a good chance we will win this as they will gift us opportunities. Obviously supposing we take them and that we can find it in our arsenal to put two decent performances together.

Up front they have the ageing but still ace Olic who you may remember from his days in Germany. A very clever player at finding space and a mean finisher too, the type that will happily punish an insecure defence. Self loving hermaphrodite Bendtner has signed from Arsenal and I hope he’s preferred up front as he’s absolute mince.

It’s the attackers behind the striker where the magic happens though. De Bruyne was signed from Chelsea and is a very adept player, particularly if you allow him to get his tail up. Aaron Hunt was signed in the summer and is seen as being an up and coming attacking player of some repute. Perisic is injured so I’m not quite sure who the other lid in there will be.

Luis Gustavo is struggling to be fit for this so that’s no bad thing for us so the will likely have young Junior Malanda in there and possibly loan signing Guilavogi. They will move the ball round well and won’t be too happy to concede possession and sit deep.

Like us Wolfsburg have very attacking full backs in Jung and Rodriguez who will take part in an interesting battle of wits if we play our favoured full backs. Central defence will be Knoche and Naldo if they play their favoured team and the keeper should be Grun. For their all their suspect defence tendencies they are a very dangerous team going forward and one we will have to play better than we have done so far this season to get a win needed to start the group without pressure.

This is however not just a talented Everton team but a hopefully talented squad and that will probably be put to use here although I hope we don’t do anything too tittish and put out an overly weakened team or Wolfsburg will pain us like a tory pleading for unity.

Great to see Lukaku scoring on the weekend as that usually results in a spurt of goals as his confidence benefits from it. He was also looking much fitter. Eto’o is fit again apparently for this so will be interesting to see how Martinez sets up. Maybe even both up front and target their suspect defence? 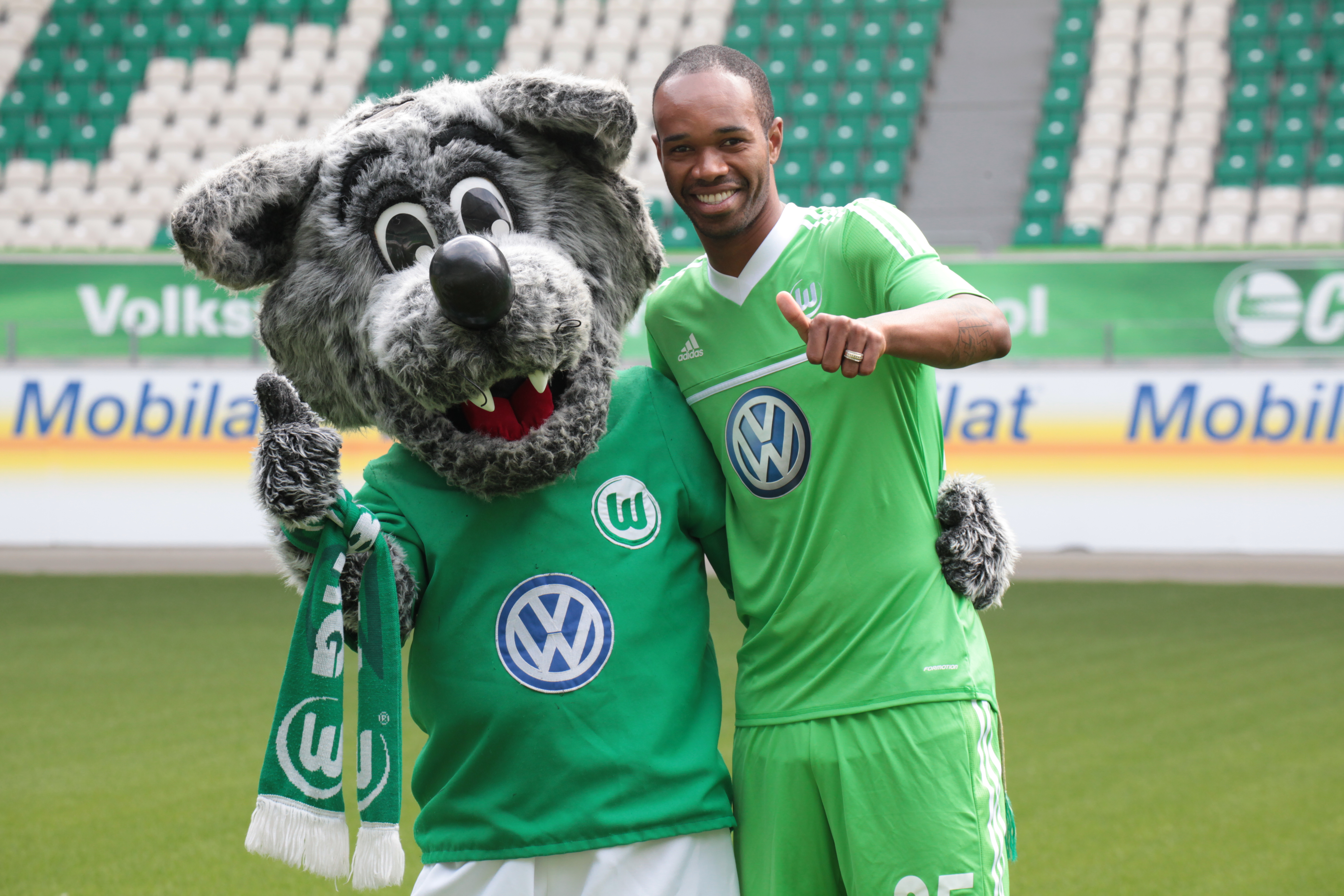 Naismith had one of his quieter games but should benefit from European games with his style of play. McGeady also wasn’t too hot whereas Mirallas is looking very much in the mood. Pienaar is still not quite match fit so it may be the prompt for on loan Christian Atsu to make a full debut. I just hope whoever is on the left can build a sustainable relationship with Baines as when someone is on his wavelength it makes him – and the team with it – twice the attacking threat.

Central midfield is where we have viable options for change and where we haven’t really got going compared to the settled consistency we enjoyed there last season. Barry was looking improved against West Brom and McCarthy just hasn’t got going this season. Either Gibson or Besic should get a start, I’m not sure that Martinez will risk a brand new midfield partnership for this so they will be partnered by one of the others. And they’re going to have a difficult job in there as the technical prowess of Wolfsburg midfield players will keep them busy. Clean sheets are very welcome at present but again I think we will see some rotation as there’s four fit central defenders and their shaky confidence to contend with. Stones is looking like the most reliable one at the moment so I’d like a combination involving his youthful legs involved in it. And goalkeeper opinion is acutely divided in that Robles is going to get a chance in either Europe or the League Cup and 95% of you will moan, but there’s 5% who think he will come good. Such are Evertonian margins with the unknown. Crap before being proven boss in our particular court of law.

For all the tedious modern footie snobbery it’s never a bad thing to be playing in European competition, it’s reward for good things the season before and pits you against differing ace European types who bring difference to the dirge of league football. Plus the primary motivation of getting personal ad hoc European breaks away for the good things a man can enjoy on this planet. But that’s to come.

Everton have never lost to German opposition so hopefully we can keep that particular throw away stat going for a wee while longer. 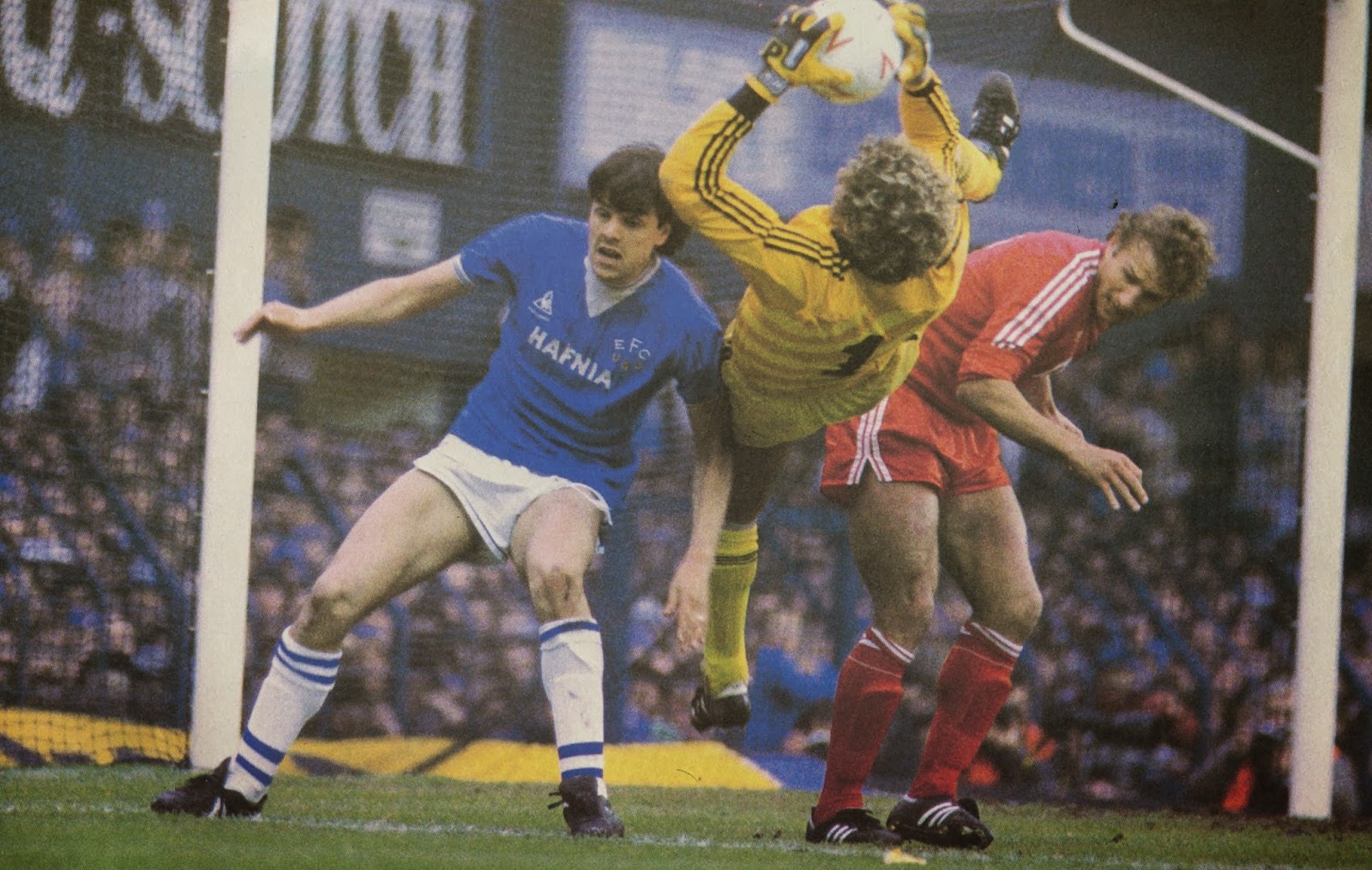 But Germanic bongo wasn’t the only thing boss in the eighties though; so was Everton. And even Europe can’t help but miss a boss Everton – so let’s make it so.