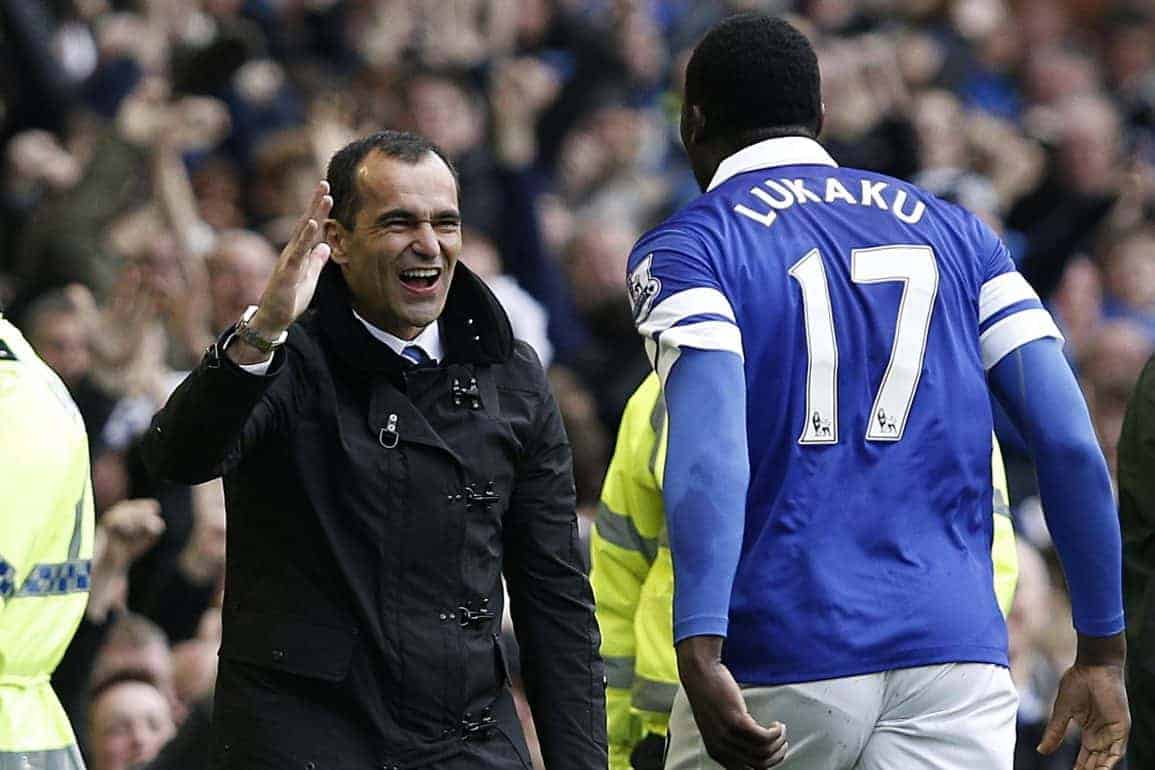 Another new season, another meh 2-2 draw away to a promoted team. The more Everton supposedly change, the more they stay the same.

The season is up and going and it was noticeable in a lot of games just how many of the better teams struggled to get going so we we’re far from an anomaly. There’s no getting away from it being a game Everton should have won really but we found ourselves revving the engine far too high in second gear and failing to shift up. Maybe that’s just how we roll.

But largely it was good to have footie as we know it back. This favoured weekend pastime of ours builds up anticipation like no other to the Everton event and entwines it beautifully with options of beer and merriment/fuming at Hibbert & Osman. And after a summer of longing we get do it again in some of your favourite places, complete with ageing familiar faces, new trabs and oft-misplaced optimistic hopes.

Whereas many in these formative weeks will be returning to a shiny stadium complete with modern facilities absolutely reeking of 21st century brand football, we prefer to swim against the tide, bowl stadiums and oversized mascots trying to meet projected fan engagement targets – sack that – Goodison is our wee place. It creaks, can smell a bit and has things sticking out that gets in the way of the game. But what a beautiful place she is. If ever a stadium had a croaky voice but a pretty face and boss pair of boss taegs then it’s ours. Nothing stirs Goodison like a later kick off, preferably under the (new halogen) floodlights but failing that a half five kick off will do against a team of quilts who are expected to turn us over. That’s the prize on this weekend as Arsene Wenger v8 comes to town

For all their signings of the likes of Ozil and Sanchez it does little to change their existence in the current game, which is largely superficial. This radiates through their players to their brand new stadium to their plastic hanger on fans struggling for self identity from the Home Counties.

Arsenal is the lad who swerves all body workouts and just does bicep curls to death before wearing the skimpiest sleeved MOSCHINO T-shirt out in town at the weekend. His confidence is only as deep as the bag of beak stashed in his pocket. 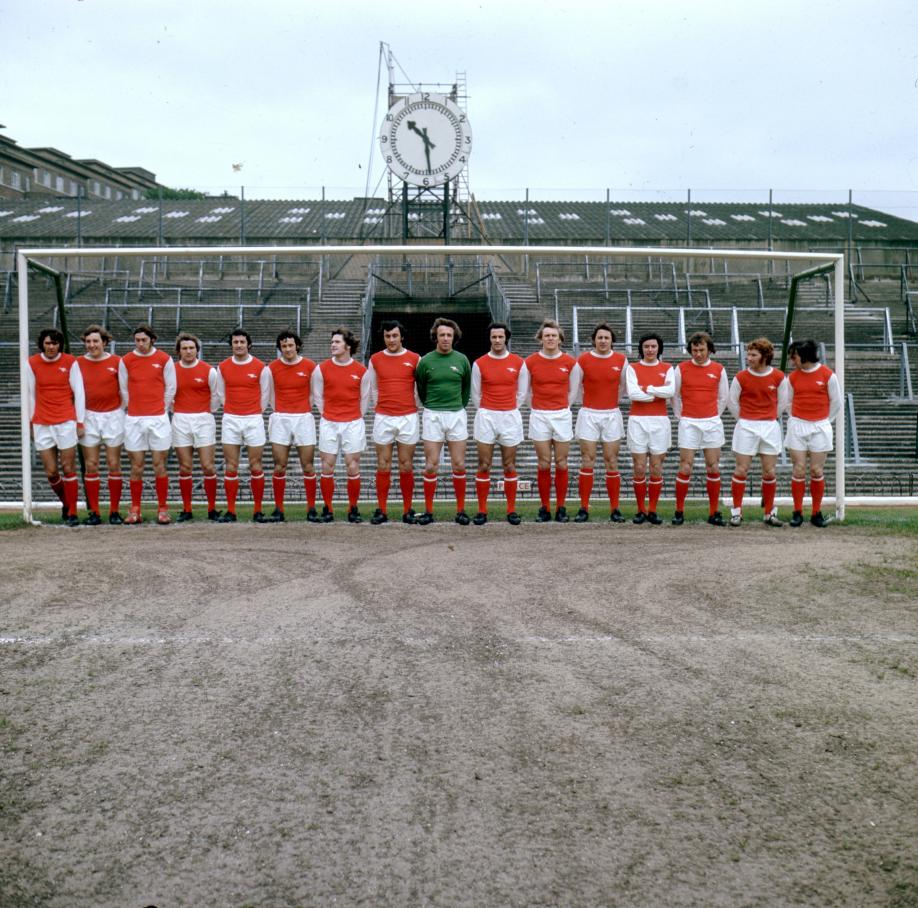 The appearance may fool an unfortunate girl into taking his disappointing cock but it’s not fooling any with any half arsed sense of perception. Same as those fleet footed expensive players who look tremendous when taking a promoted team apart on Super Sunday – roll up for you confidence hit right here – but when they play good teams away from their own ground they are liable to a tonking. Just as the second cock of a wool secondary school is sufficiently piped down on a big night out to Liverpool.

The customary soccerista big signing may placate FIFA Ultimate Team obsessed Jake from High Wycombe and his temperamental twitter account, but regardless of what he thinks – Seamus Coleman‘s gonna steam through him like the lil bish he is.

But they win the fourth placed trophy so that’s OK as football now is sometimes defined by the patch on your sleeve rather than the badge on your heart.

Wenger, with the perpetual stare of a man with contact lenses two sizes too big, ambles his way through samey seasons for them with his selective match vision. The snidey arl beaut is one of the most ungracious losers around which makes any togger lesson we deliver on them most welcome.

We ran them close at some points last season to that fourth place but they just had too much in the tank for us and so it showed at the end.

They bring along yet more of those sometimes ace players that they vet from foreign leagues and not usually seen in public without a limited platinum pair of oversized Beats by Dr Dre headphones.

Typical with the money and strength in the squad they have a lot of options to play these lids in different positions. So I’m likely to make an even worse go at predicting their starting XI than normal.

Sanogo is in the hunt as an archetypical Arsenal striker that bullies in lesser leagues and is more of an athlete than a footballer, but it’s considered that he will start on the bench for this one. Giroud is another option as the big French hunk is a feasibly in line to be their main man up front. I reckon Wenger will swerve the big man act and aim to hit us with counter attacking prowess so expect some of Sanchez, Ozil, the likable Oxlade-Chamberlain, Campbell or shrunken faced Rosicky.

Karma turned up in royal blue a few times last season and roughly bummed some old adversaries of ours, and included in that list was the former best little Spaniard we knew as his own goal capped one of the performances of the season as we put Arsenal to bed 3-0 in this fixture in April. The back story to that was one of badge kissing, faking injury and general snidery against his former employers which quite frankly will never be tolerated. He limped out of their midweek Champions League qualifier so wont be available for selection for it’s very much probable that the dangerous Ramsey and Wilshire will start in midfield. A special mention for Wilshere who embodies perfectly the gobshite culture of younger players in the game speaking utter tripe on twitter and thinking anyone cares about how clueless he is.

A hamster faced little shitbag who can’t pull himself away from the bifters and plays the tough guy on the field. If anyone knows a Everton midfielder liable to play then can you please tell them that I offer my staunch backing and kind words in these disappointing previews as a prize for he who will stove through the annoying little tit in the final minutes of the game and do him. I wish to see his pain face.

Debuchy is a very decent right back recently signed from the black and white north eastern bells and along with Monreal will provide plenty of attacking options from full back for teams that disastrously sit back against then. In the centre of defence they have the very good Mertesacker and not all that Koscielny. Szczesny in goal. And that’s your Arsenal.

A few options up front but in amongst them will be Lukaku in some capacity despite him looking like a mid season Lukaku last week with little involvement in the game. A cautionary note for those quick to criticize him – look at the service and support he’s receiving up front before opening your grid. Everton have a special ability to isolate our centre forwards. Martinez cleverly put Lukaku on the right against Arsenal in the game in April to much success and deployed Naismith as a jarg number nine. I am not that bright at soccer tactics to profess to understand it fully but it worked. Special mention to Naismith who once again done very well last week – he could be a very important player for us this season and more so in the period while Barkley remains injured, always liable for a goal in a big game too. Go head lad.

McGeady’s confidence levels can range between bugled-at-19-in-Superstar-Boudoir all the way through to kneeled-in-an-orange-jumpsuit-on-a-sand-dune-somewhere, so it’s important to make hay while the sun shines with him at the moment when his tail seems to be up. Great goal too like. Nice words from Martinez about Pienaar too who was the best player on the pitch last week and operating on a different footballing level to those around him, apart from Baines. When them too play like they can it makes you forget all about our other wing and that’s quite some achievement in this present Everton team.

There is a chance that Martinez could stir things up by deploying three out of Barry, McCarthy, Gibson and Besic with one of them occupying the space behind Lukaku or whoever is up front, in an attempt to nullify an inconsistent and gullable Arsenal midfield but few of us will know until about half four on Saturday so I’m not going to sweat it and with this paragraph have covered the probabilities of our entire midfield so job done.

Really disappointing to concede two goals last week against the limited ability of that Leicester attack. That Wood lad is going to have a giant print of that goal in his games room converted basement for years to come, boring the arse off his unfortunate guests. One year slower for Jagielka and Distin although the real reason was more simply that they looked a wee bit rusty from the summer.

Whoever plays in central defence will be tested more for this game and we have to hope that we find a combination there that starts collecting clean sheets for fun. Better news at full back where Baines looked much like his old self and Coleman got a late run out so I’d guess will start against Arsenal, and how we could so do with him doing his usual stuff of last season. All of Tim Howard’s goodwill from the summer dissipated with some angry dars when he conceded that late goal. Welcome back Tim.

The matching fixture from last season was a big success and was vitally important as if you recall the build up to it was intense, it was seen as a season defining game of such importance. It was really enjoyable to see Everton step up to it too and blow Arsenal out of the water in all departments.

It doesn’t mean that the same fixture four months on will result in a similar outcome but the chips are down in a similar way, as we have to lay down a marker quickly in a season where we rightly or wrongly have heightened expectations. Arsenal – and latterly Chelsea – present just that opportunity.

So enjoy making good times in those familiar places with the familiar faces in a generous afternoon’s build up to a first home game of the season. They’re some of the magic times of a year that you miss most when they’re not there.

And right into these blues, you know what they are.