Will Barkley Light Up the World Cup?

“He lost the ball an awful lot of times. If he’s going to be the player we want him to be, he has to make better decisions when he turns with the ball.”

Not our words, but the words of Roy Hodgson after the 2-2 friendly against Ecuador. But whilst the England boss is intending to manage expectations, it’s hard not to be excited about Ross Barkley; one of a number of toffees in Rio striving to sparkle when the biggest show of them all commences in just a matter of days. 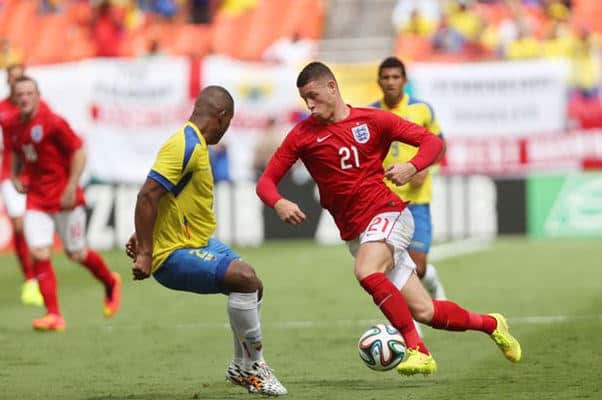 The 20-year-old Evertonian lit up the Sun Life Stadium last Wednesday night against Ecuador with a Man of the Match performance. Earning his fifth cap, the midfielder illustrated what are fast becoming trademark Barkley runs, capping off a fine performance with a powerful surge forward to set up Rickie Lambert and put England ahead.

So it begs the question, should the man who’s been touted as the ‘new Gazza’ start for the Three Lions in their opener against Italy?

Hodgson has been playing down his role in the side since the squad was announced, claiming he still has a lot to learn before he can truly star for England, but as he’s proved for the Toffees this season, Ross Barkly is more than capable.

34 appearances during the last Premier League campaign bought six goals, and often impressive ones at that. But there’s one thing that sets him apart from the rest of the England midfield – he looks to make things happen instinctively.

His fearless drives forward have been the main reason he’s been lauded so much by pundits across the globe, and with his power and pace in the searing heat, he could prove to be a major weapon if he is unleashed against tiring defenders.

Whether Barkley has done enough in the last couple of friendlies to convince the England coaching staff that he’s worth a starting place remains a topic of much debate.

One thing Hodgson is worried about is discipline. The England boss was very quick to point out his flaws – much to the bemusement of the press – in his post-match press conference on Wednesday. Although it may seem harsh criticism, on the international stage, in huge games against Italy and Uruguay, he may have a point.

Throughout the game he did lose the ball, and from time to time he may have held on to it for longer than he should have but even Roberto Martinez said he’d need at least 50 starts before he gains consistency and better decision making skills. 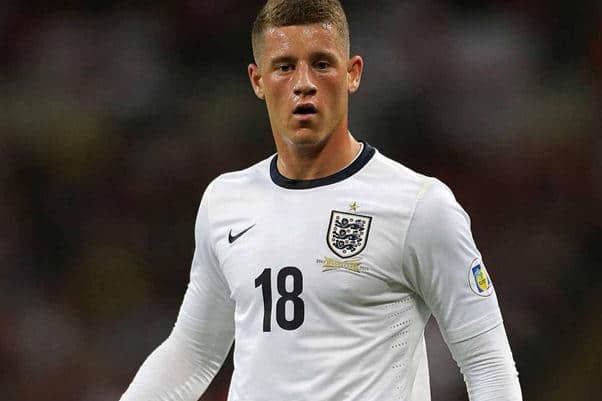 His talent however is unquestionable; he’s proved time and again that he is a big threat for the biggest names in the world, as evidenced by his performances and goals against Manchester City and Arsenal to name just a few.

Roy Hodgson’s men aren’t fancied to do particularly well this summer. A quick glance at the bookmakers and England World Cup odds of 30/1 suggest they have a major task on their hands to become the first European team ever to win the World Cup on South American soil.

Regardless of how well Barkley performs this summer, one thing we all have to remember is that he’s only just starting to make his way in the footballing world.