A one sided look at Southampton v Everton

How about that then?

Let nobody be under any illusion how ace this current Everton are. The Return Of Moyes was being piped up as some sort of J R R Tolkein super sequel, set with a ground-breaking budget. You seen the trailer but the actual depiction of the event being keenly matched was very different. In fact it was rather crushing.

As he has done many times this season our current beau Martinez set up the team perfectly against a good team out to hurt us and let the Everton players create all sorts of naughty, gaining us a much needed result.

Anyway, that’s Moyes then. Nice one.

Everton are currently one of the best teams in the land. We’ve teetered on that category a bit for while in our recent history but never quite demonstrated it when it came to the crunch, or even believed it ourselves. Well now you can, when you’re watching a team in royal blue in our small district of Walton you can rightfully enjoy that you’re witnessing one of the best football teams going on these fair shores. Lest we forget that they´re standing on the shoulders of giants so hoping there´s quite a bit more to go just yet. No time for pats on the back though – there’s a couple of games to be won and the results of them will determine how excited your plans for next season will be. You’ve already got an invite to Europe, we just need to figure out if its for Tuesday and Wednesdays, or Thursdays.

So step up a very good Southampton team that invite us down to the splendid south coast early this Saturday to engage in a battle of football wits. Actually when I referred to the south coast as splendid I really meant a stinking pit hole of failed Polytechnics, jarg tattoed nugget locals and as much local culture as a 70s council bus stop. But more of that in a bit.

There’s plenty of good teams in the division as you´d expect but there’s a few teams that stand out – where they have the sweet spot of ace players mixed with very tight togger – and Southampton is one of them. No massive big names, all their stay players have come through organically. Well apart from that Ramires is it? The one who scored a blopper at Goodison? He’s not there for the money, no way. Southampton started off the season really well and anyone casually watching them could see why. Pochettino has taken one of them garys which may be an urban myth but make your head swell and it´s stuck but he knows how to craft a suave football team.

My problem with Southampton exists because of just one small, but significant, category: it´s fans. Normally a good relegation for a sustained while serves as a piping down for locals and a stern reminder that even if you are deep into a coke habit that one day the money is gonna run out and you’re back to being boring old you, with all your insecurities and apprehensions. So you go into lower league rehab and learn to love yourself again – free from previous toxins and just being an all round better person.

So the first thing the Southampton fans did when they got promoted again? Ordered a gram of pure flake and keyed it in one.

The problem with being from the south coast is that humanisation has taken a different angle there. Shunned as the bridesmaid by proximity to the local capital city and also ownership of the Titanic to a boss city in the north, it´s been forced to try and soul search a little and make itself seem popular. Such things lead to erratic behaviour with bellwipes who would be seventh cock of your local juniors having the run of the civic centre there on the weekend. Crazy Chaz and Martin Mongo have had a few lines and are on the double vodka red bulls. They’re unstoppable. Females have been violated and being the shithouses they are they know that they couldn’t take it further afield permanently or they would get shown up to be the beauts they are.

So they attach themselves to a football club hoping they can fufill their inherent need of identity that their sweaty mar can’t provide by not knowing their father. Once confident and up to speed with the appropriate chants they decide to take their particular blend of gobshitery on the road for “der aways mate”. “Yeah, I go the aways mate. Yeah, yeah you know, no place for the weak. Gets a bit nawty but don’t like to talk about it. Yes mate, now and then like it goes. Didn’t want to say but see Chaz over there? Took on twenty Arsenal last week by himself. Swear down. Then fingered that girl over the front of the Sunday Sport on the train on the way back. Filmed it on my iPhone 7 but lost it down a grid on Thursday.”

Southampton is finally on the map and don’t you ever forget it. When you have to be defined by your rivalry with the urban void that is Portsmouth then you know you’re in a world full of not too important stuff. Scummers! Were here for the football right? Ok then. Kirkby lad Ricky Lambert – of the beautifully crafted cranium – starts up front and has more facets to this game than maybe he gets credit for. Southampton are still reeling from the sad passing away of Jay Rodriguez two weeks ago – or at least that’s what I presume happened as I seen his team mates wearing shirts in his honour warming up? Or maybe he was just racist to a left back the game before? He won’t be playing anyway.

Adam Lallana is a blue. That may explain his appreciation of the finer arts of football as he is one tremendous little player and will probably be going to the World Cup to represent his country this summer, even more so than our very own Rod Barklethwaite. His trying to snarl at Distin in the reverse fixture this season was a surreal moment and very much enjoyed. Smack him lad. No actually don´t, physics dictate he´ll probably murder you with a half arsed dig.

Wanyama will play in the middle although he´ll be missing his partner in crime – Schneiderlin – which is a big miss. It will be like us next week without Gareth Barry more or less. I don’t have a clue who will partner Wanyama or who plays on the wings for them and nor do I care yet realise by typing this they will be the match winners for Southampton.

Defence? Meh. Used to be sound but is having a crisis of confidence as we had around the turn of the year and are struggling to keep clean sheets. Lovren is the pick there and in line with a lot of Southampton players doesn’t get the nods from the media he deserves. Whereas to turn that previous statement on its head – Luke Shaw is this year’s Bros and if you don’t tweet how boss he is every time he plays then you don’t understand football ok? If you go into the local school bogs and turn the lights off before turning all the taps on full and wait then Artur Boruc will appear to put the shits up kids and generally let in a disappointing goal.

This is no easy game despite my intended demeaning of the opposition and more than a banana skin. We have to be reet up for this similar to the recent big games at home. Talking more in an Arsenal or United manner rather than a Palace up for it, in case you needed clarification.

2014 has seen a year of debate and poised questions. Ukraine or Russia? Are the UKIP a viable option or not? Just where is that missing airplane? All these fade into insignificance though when faced with the “yeah but would you pay twenty millions pounds for that Lukaku lad?” poser. Suppose we’ll find out in the summer, in the meantime he’ll play up front against Southampton.

I’m pretty sure that Martinez has worked out that this current version of 2013/14 Everton is much enhanced by the inclusion of Naismith played centrally in an advanced role so I expect him to start and wouldn’t be surprised by another goal. He just so super and I don´t know why. We know that Mirallas is out for the season which is a loss but we’re well stocked in that position with presumably McGeady or Deulofeu chomping at some perceived bit to get in there and show their worth. There will be Barkley or someone playing on the other wing as a jarg 11 or some other footballing position I barely understand. Who cares as long as it works?

MCarthy is earning big plaudits for turning up in all games, big and small, and decimating opposition midfields by sheer will alone. I’ll be one sad Evertonian if I don’t see Gareth Barry at Goodison in our colours again though – I hope he’s seen enough to want to make the thing permanent. He’s a good fit, as indeed are both of them, an Everton central midfield if I’ve ever seen one. 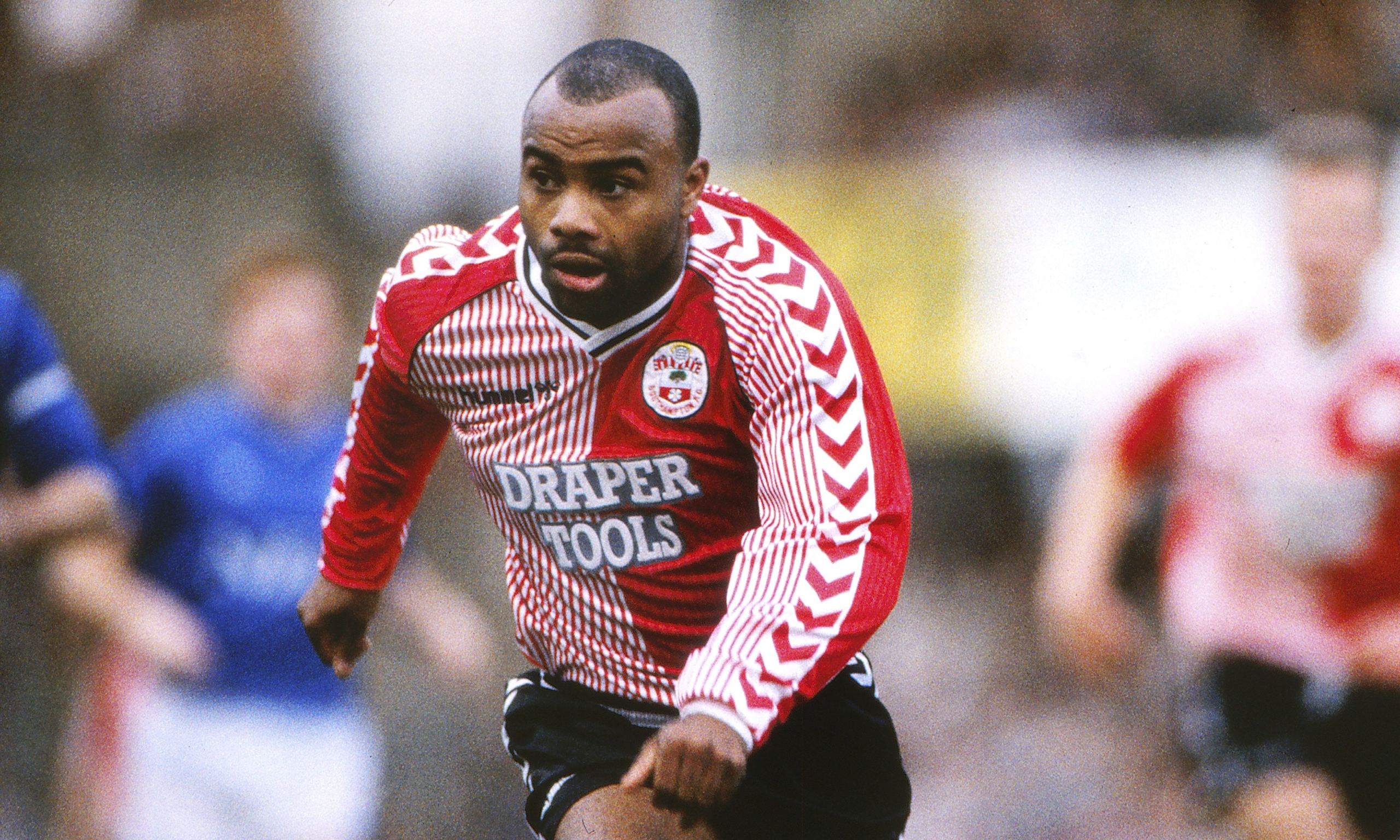 The injuries worries extend ot the back where Distin got so excited he offered out a lad in a massive crowd and then was told by his mate that his brother is the cock of the year above so he’s having to bunk off until the summer term finishes shortly. We’ve already established that Stones is the saviour of all our souls so it just needs some more convincing that Antolin Alcaraz, like a handsome Spanish doctor that your bird is enjoying being diagnosed by just a little too much, is some sort of surety there. We’ll find out until Phil Jagielka decides the drum roll to his return is sufficiently long enough. Its been like waiting for Grand Theft Auto 5 to come out, expecting him back.

Hoping that Duncan Ferguson can get inside Seamus Coleman’s head some more – the boss mad slack mouthed [Poor language removed] – as if he does then we have the soundest right back known to man playing for us. Baines is due a good game and Tim Howard has been his steady self at the back, and therefore shall keep goal.

So how about that then?

Yes how about it Everton? I’m not gonna come out with something tittish like Make Us Dream. That’s not our way. Playing some ace footie and making the opposition look absolute ghastly is. Or a snide one nil, we´re not fussy.

This is the type of game where we usually give up the ghost against a team with nothing left to play for. But then I’ve seen enough this season to know we should be sound for the immediate future anyway.

In the meantime; keep them sound weekends coming, one at a time.