A one sided look at Everton v Cardiff City

Look at them buzzing because their darâ€™s car has got an automatic choke and spoiler. No oneâ€™s arsed about the cup anyway â€“ United totes devalued it when they played Gremio in the nineties. Crap teams get to the finals these days, that tells you everything.

Nope â€“ it still pains. Not so much the four goals just to rub it in but the continual propensity for Everton to pass up opportunity. Concentrate on the league now? Ok, if we must. If Freud was an Evertonian I guarantee he couldnâ€™t work them out either. Maybe thatâ€™s why we love them though? The obedient and consistent girlfriend makes for dull living. The one thatâ€™s a bit nuts and challenges you usually wins the day for many. And theyâ€™re usually grottier after four fifths of a bottle of Lambrini.

Iâ€™m not entirely sure who were playing â€“ I know itâ€™s a Welsh club. Which is apt as Project Europe Qualification is very much the objective of the season now so lets treat this as a second leg lads. Lads? Hey lads? Its Cardiff isnâ€™t it? I remember seeing something on the ever dependable newsnow about Solksjaer saying stuff and things.

These are absolute tripe and you best beat them Everton, no two ways about it. A look at the league places sees Cardiff where you expected them to be, bravely fighting against going where they come from. I donâ€™t have much of a favoured opinion on where I want them to stay up or not? I mean itâ€™s nice to have different teams and I have a fondness for the South Welsh but then they sold themselves out for the mad Asian despot they have owning the club didnâ€™t they? Could you see Everton allowing someone to change our kit to red and our badge? Actually hang on.

Cardiff decided not to long ago to rid themselves of their old manager who got them promoted and then made middle earth a bid it couldnâ€™t refuse to obtain the services of The Shireâ€™s very own Ole Gunnar Solksjaer. The middle aged twink was obviously in need of a cash injection as would you go and willing work for the pencil tached James Bond baddy parody bellwiff like that Tan? Me neither. Tan say pass the ball quicker. Tan once saved burning baby in mall. Tan say team need more sevens. You even see Tan fat? Tan eat muesli four time one day. Craig Bellamy must eat muesli. Tan remember four pack of cards in three minutes. Tan make dog sleep with just two finger.

And you let him change your whole club. Because you wanted to be on Match Of The Day? Get blockading your ground and do what any serious club protesting against its owner would â€“ have your local scals hanging off his bonnet as he tries to hurtle away. I have noted them stepping up things lately and a bit of anarchy livens things up as a backdrop to the sterile football of the Premier League. Best of luck to them.

Player wise they have a hotch potch of personnel. Highlights include the no necked toxic gnat in that tit Craig Bellamy â€“ and you know how much heâ€™d love to score against us â€“ and that Zaha on loan from United whoâ€™s meant to be dead boss but Iâ€™ve not seen much of him really. Nearly forget that they swooped in to sign Kewynne Jones from right under our noses. The gets.

Midfield will involve Gary Medel whoâ€™s known as pitbull because he spent some time in Spain bullying the fannies that play in opposition midfields there. Which is as impressive as someone claiming themselves one of the cocks of the year in secondary school because they waited outside a Primary School the day before and gave out some slaps out to the poor students departing. Heâ€™s a fat little beaut â€“ just have Duncan snarl at him before the game and heâ€™ll pipe right down. Heâ€™s gonna have our freckled hyperactive loon McCarthy over him every time he sniffs ball possession anyway.

Solksjaer has plumped for five at the back in difficult away games before and with them anticipating a lack of ball possession coupled with our too often lack of cutting edge I wouldnâ€™t be surprised to see it used again against us with the hope of frustrating us silly and using their pace on the break. Two of those three central defenders will be Ben Turner and Stephen Caulker and thereâ€™ll be full backs with limited ambition of spending time in our half. Not trying to demean that either â€“ theyâ€™re fighting for points and I could have easily described an Everton team of the nineties there.

Have the FBI consulted a psychic for that missing plane yet? Terrifying isnâ€™t it? Just also proves how crap those flight tracker apps are. All that technology and its seemingly jarg. If this wait keeps up then it could end up being missing more than Steven Pienaar in an away game.

That lad Marshall is in goal and heâ€™s more than sound for a keeper. If he ends up with the man of the match award on Saturday then I hope you have some alcohol planned. Suppose I should give a mention to their fans, its not as if I can poorly stereotype by aligning them with some toe curling TV reality show such as The Valleys as were not currently in a position of strength on that front. Theyâ€™re a bit earring and massive Goi Goi logo t shirts. A portion will like to impress their peers with snarling at opposition fans when they outnumber them three to one and they will try to shame our not arsed nature when it comes the chanting stakes in our own stadium before they realise weÂ´re even less arsed about their misplaced mocking.

But the South Welsh are usually a good sort so I hope they just keep it sound. The bell quota in the top division is already full and weâ€™ve stopped taking applications. Just turn up and play some footy and if you beat us then you know what? Its alright, just don´t act like tits. Or we will point out that youâ€™re dressed like a Romanian youth disco in 1997 and no one is arsed how much you hate Swansea. Just have a big fight and then let it go.

Everton then. Lukaku is back and heâ€™s scoring so thatâ€™s a distinct bonus, we stand a chance of scoring more than the opposition for the remaining eleven games. Itâ€™s the three behind the striker thatâ€™s now decided to stop producing the goods. Barkley needs coaxing back into form, Osman seldom can influence a game from the start. Pienaar is having an identity crisis, Mirallas seemingly too. Deulofeu has been possessed by the ghost of Beagrie past and McGeady looks like he should be drinking home brew and jamming with Mumford & Sons with slightly longer unkempt hair – but apparently is dead boss according to our manager. As important as Lukakuâ€™s goals are, we will be needing at least a few of these also finding form as it will be required to unlock teams like Cardiff. Naismith is the only one showing any form but heÂ´s better as part of a two up front.

Barry and McCarthyâ€™s threat was negated easily enough by Arsenal – the lack of options in that part of the pitch is showing too as they need a breather. 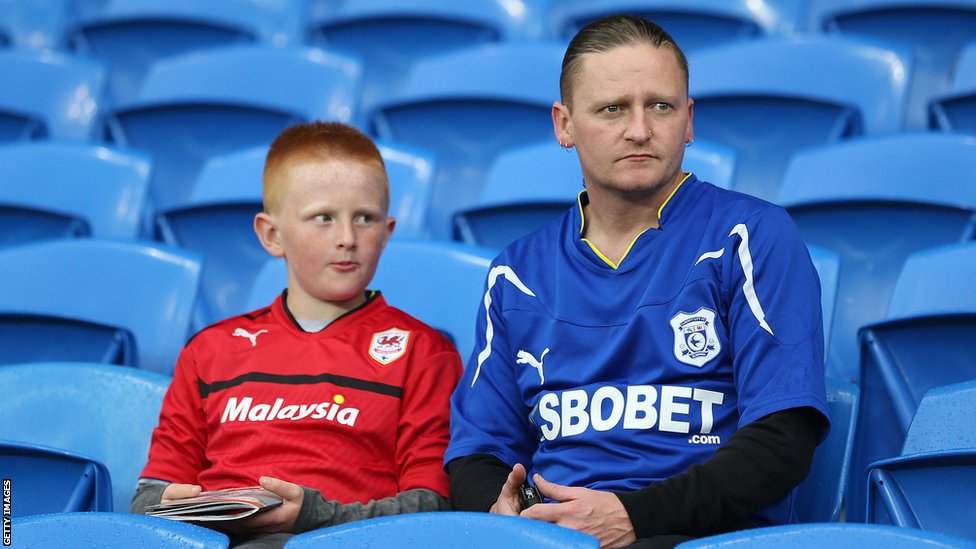 Jagielka is likely out for this so Distin will play with probably Stones unless the boffins at CERN unravel the mystery of Alcarazâ€™s muscle fatigue. The truth really is out there. Stones is going to be boss so the more games under his belt the better even if his understandable naivety is occasionally exposed. He´ll be all the better for it in the future. Baines and Coleman will need to be on it for this game as five-man defence can be a difficult thing to stretch. Tim Howard will be welcomed back into goal after Robles scared the living daylights out of many of you last week apparently. I didn´t think he was that bad but I wasnâ€™t there.

It was inevitable that we would hit a sticky patch in the season. While thereâ€™s been the customary post mortem of just how it started to go wrong, its telling that we have been beaten against the teams occupying the top spots on the division, those exact spots we´re just below and striving to get into. So the proof is in the pudding â€“ we´re good but just not that good right now, not to the quality of them above anyway. So thatâ€™s the size of it and Iâ€™m sure any recruitment in the summer will be done with bridging that gap – which is easier said than done. And even more difficult when you don´t particularly have a recent history of spending money on actual players.

But thatâ€™s for another day. This is all about Saturday, and on Saturday we must win. Then win the following Saturday. And the weekend after that. Keep winning until we finish in a sound place and can look forward to some travel next season and occupation of Thursday nights. Cups are for quegs anyway.