Whilst its only really six days between weekend games, that period of time can seem like a full life cycle when you break it down. Stop: hammer time.

Thatâ€™s right, I just started a match preview with lyrics from Oaklandâ€™s favourite wool kecks wearing son linking his masterful lyrics with the nickname of our forthcoming opponents. How do you like them apples?

For those who foolishly havenâ€™t pressed Alt & F4, hid the GrandOldTeam publication from future newsnow articles (yes you can really do that â€“ try it) and sent me abusive tweets then thanks and I hope to repay that investment of time.

Everton invested much time in our last game out against that weekâ€™s champions elect Chelsea before doing an Everton in injury time which undone all our ace work through the game where we really took it to Chelsea. The late goal was less damaging than our ability to score a goal to make our occasional dominance count in that John Terry denied us one point at the death, when we had denied ourselves an extra two points throughout the game by having all the cutting edge of Police Academy sequel.

Itâ€™s been a season of promise for the most part but if this dull sequence of impotent Everton lasts then it could be downgraded to a transitional season and maybe perhaps a signal of how crap were about to be. I donâ€™t believe that â€“ Iâ€™m still in the Everton are ace and give me butterflies in my stomach camp but Iâ€™m need of some reminders why, as Iâ€™m sure you are too.

Were back on the green sprinkler soaked grass of Goodison Park this weekend, talking of which we had a Mr Y Mar write in and ask us why the club deploys the sprinklers so fully before the game and at half time and we´ve asked the club Communications Directorâ€¦no actually scrap thatâ€¦.we found out through our sources (twitter and things we made up in our head) that its to prevent the pitch catching fire from one of Seamus Colemanâ€™s runs.

Our opposition has usually been a kind opposition to us apart from once when Alan Pardew was their manager and managed to create one of the most unforgiving beasts â€“ a Goodison fatwa â€“ by being a tit about it afterwards. It was a lucky punch Alan and weâ€™ll have a straightener on the park after school any time you want it so you best start alternating which gate you walk out of on the way home. Weâ€™ll be waiting one day. West Ham usually gift us some points and goals but this time theyâ€™re on the back of a really nice run of wins which youâ€™d guess will ensure theyâ€™re not fearing stepping onto the same pitch as us. Sack that; they´ll be wanting some win themselves.

As with most West Ham previews they get a walk over from my predictable misplaced tribalism as thereâ€™s a lot about the club I like. A strong tradition and local support â€“ a continual urge to play good football* and do the right thing. Some excellent pubs around their home ground themselves.

The * there was to denote â€œunless managed by Sam Allardyceâ€ as this West Ham is one that relies on PPP â€“ percentages, power and pricks. Prick one is their manager himself â€“ the Sperm Whale facial structured sleazebag couldn´t resist a dig about that crap gangly striker we took on loan from under his nose in the build up to the match. Of all the managers in the top flight heâ€™s the one Iâ€™d least like to be stuck facing across the table on a train journey over 3 hours. Yes mate I can see youâ€™ve got the latest iPad air so put it away and a man of your age shouldnâ€™t be wearing Bluetooth Dr Dre headphones. Someoneâ€™s been having a tug of war with your head there too you dull, odious fat shithouse.

Speaking of shithouses we´ve got the â€œthreatâ€ of prick no 2 Kevin Nolan playing just off the front man â€“ the fat kopite mess. That front man will probably be Carlton Cole although Andy Carroll has just returned after a harsh three game suspension. So that gives you some idea of the challenges were going to face â€“ somewhat of a Sainsburys Stoke for the modern masses.

Crucial to an Allardyce system are fast wee beauts on the wing – so step forward Jarvis and £20m man Stewart Downing. Theyâ€™re happy sitting deep but will look to hit us on the counter and with any width they can muster.

Midfield will probably contain Noble and Taylor who will look to keep it very tight and compact and squeeze any interplay in the middle out to the wings where they´re strong, and were inconsistent. They will take any cross we put into the box with ease too.

Defence is going to tough and aggressive with Tomkins and Collins at centre back, thankfully they have the turning circle of a Friday evening over stacked Leyland Daf driving through country lanes to its final delivery. Just with a bit more gingerness and give away penalty threat. I canâ€™t think who they have in goal and nor am I going to check, he´ll be a brute who can kick long.

That is your West Ham. 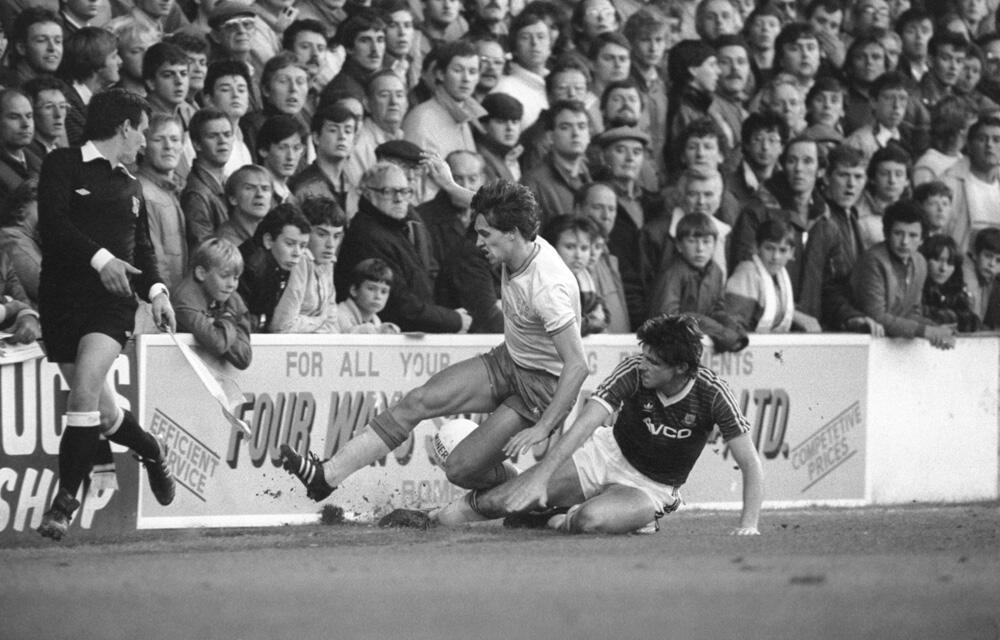 The good news â€“ well hopefully â€“ is that Lukaku is fit again to face the club who he made a match winning debut against all that time ago in September. Lukakuâ€™s five week absence was on top of a barren spell where the ball would be repelled from his invisible forcefield. He did need a break and we know how boss he can be when on blob so I hope heâ€™ll come back as were getting desperate now that our full backs have stopped netting for fun.

As with most matches now I have no idea who will start in the three behind him as we have some options but I reckon McGeady by virtue of Martinez talking him up in the media this week with Mirallas in there too.

I thought McCarthy and Barry were back to their high standard of midfield ownership against Chelsea which gave us the platform to get at them. The problem is for this game is that West Ham will gift us possession and sit back which negates the effect of our midfield two and highlights their wee lack of creativity. At least theyâ€™ll stop Noble running around the middle of the park acting like the third cock of his class carrying on because his dead hard cousin is watching from the sidelines. The little tit.

Jagielka is out for this so prepare to see either Alcaraz or Stones take him place. My money is on Alcaraz who will then subsequently be missing for the next four weeks with muscle fatigue. Coleman and Baines will have a really important bearing on this match. If they drink two cups of black coffee before the game then they should be able to keep West Hamâ€™s wide threat pinned back and stretch the pitch so we can find some creativity from wide in what weâ€™ve already established will be a cramped opposition half. If they canâ€™t be arsed then its got 0-1 West Ham wrote all over it, with some fat balding dar screaming at the Main Stand at the final whistle over us not buying a striker in January.

Tim Howard â€“ abbreviated to T-How from this point on â€“ will keep the sticks for Partisan Walton and will have to show a bit more command of his area than in the last set piece he faced as West Ham shall be lashing balls into the box like bored lids lobbing arl water logged Dunlops at a passing Fareway bus come dusk on the estate. Thereâ€™s no denying its all a bit in the balance at the moment so wins no matter how we come about them and goals are the order of the day.

Thereâ€™s a certain amount of trepidation in the fan base as they want this happy brown shoe-wearing era to kick on to something tangible.

This game kicks off a more generous run of fixtures in the league as we approach the business end (tit clichÃ© alert) of the season so no one is under any doubt how important it is to shake us off these annoying cobwebs. 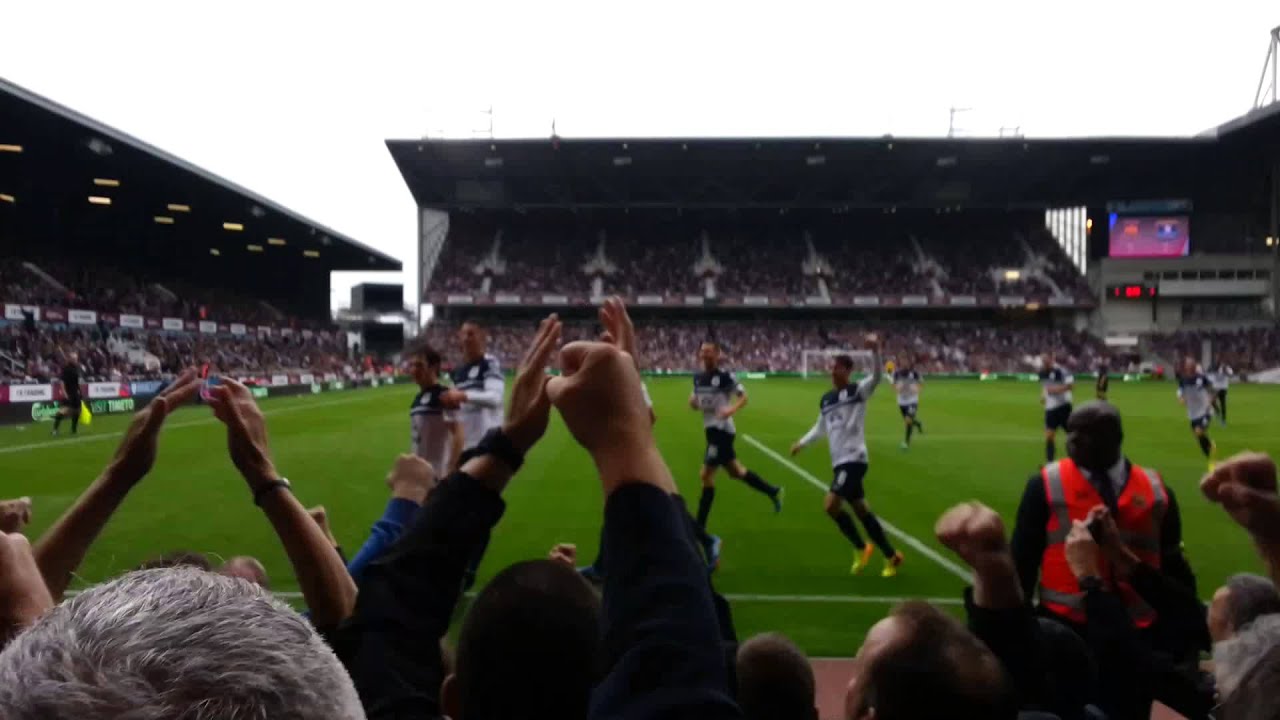 To achieve this we need them goals, them beautiful gravity free moments created by an Everton striker doing what they should.

So hopefully: Lukaku canâ€™t much miss.