If you wanna be the best you got to beat the best a wise man maybe once said and while this in no way relates to our forthcoming game away to Chelsea I had to think of an opening line to catch some attention and make the game seem bigger than what it is, so thatâ€™s my offering really. Were not in any delusion about winning the league right now as were too many points away and truth be told we´ve been struggling for form since the turn of the new year. Itâ€™s a positive that we still find ourselves hanging in there in both the chase for fourth spot (well, maybe) and in the quarters of the FA Cup.

Its goals were missing. Since Lukaku got possessed by the evil-Everton-centre-forward-spirits-of Christmas-past we´ve found it difficult to score the goals that ultimately win the games. Simple science this football see? We´ve been lucky that our full backs/Mirallas/the gecko skinned Scottish striker has helped contribute goals but were in desperate need of finding another vein of form and soon, lest we all spend the end of May talking about transitions and being happy with that at the beginning of the season and how boss we´ll be next season â€“ which is an Everton trend without addressing our pertinent on-going problem of not winning many trophies.

Now to balance a rather murky and down trod opener its not exactly as if weve booked a romantic city break in downtown Kiev this weekend â€“ and while we´re on that what exactly does Klitschko think heâ€™s doing? Iâ€™m sure political motivation is the driving force but its akin to Gascoigne turning up to go fishing with Raoul Moat. Just let them rag the guts out of each other until one side wins â€“ you sacked them off and pretended you was German for half your career anyway you ted.

We done enough against a weakened Swansea to get those aforementioned goals and progress into another plum early Saturday kick off in London but for a quarter final and if you´ve not been blessed to see the youtube video floating around showing our beloved red cousins celebrating â€œdrawing usâ€ before their game at the same venue then I recommend clicking the blue writing just above there. Proving thereâ€™s not many better things on this planet better than a good â€œs h i t onâ€.

Chelsea! Free from the shackles of fan rampage accusations thirty years ago they have moved on and on to the point where they´re consistently one of the best teams in the land. Now this is the point I should be castigating all this being achieved through money but do you think they would really care? No me too. Everyoneâ€™s forgot about the Chelseas containing an ace Dixon getting walloped by the ace Evertons of the past now that Chelsea have installed themselves as the preferred local club team of Africa. Check the comments on any of their blogs, it´s like downtown Mogadishu got its first Internet CafÃ©.

In true partisanship â€“ or probably a more accurate term being bellwipeism â€“ its meant to be customary to start â€˜banging onâ€™ about plastic flags or not having any history at this point. But thatâ€™s just silly â€“ Chelsea have a wonderful history of some ace teams doing ace things and winning stuff. Anyone who says different is just dead jealous of Man Utd and harbouring deep guilt at not supporting their local team, well I´ve found anyway.

Mourinho has returned and true to form has started winding up any manager or club he sees as a threat. Yes its puerile and predictable but Iâ€™m in the camp where I don´t mind it on the basis of seeing Wengerâ€™s face scrunch up to a well placed rip and mostly because he is hated and I mean hated by der reds because he sees them for the bells they are. Still, grown men playing classroom can dull the senses after a while somewhat. 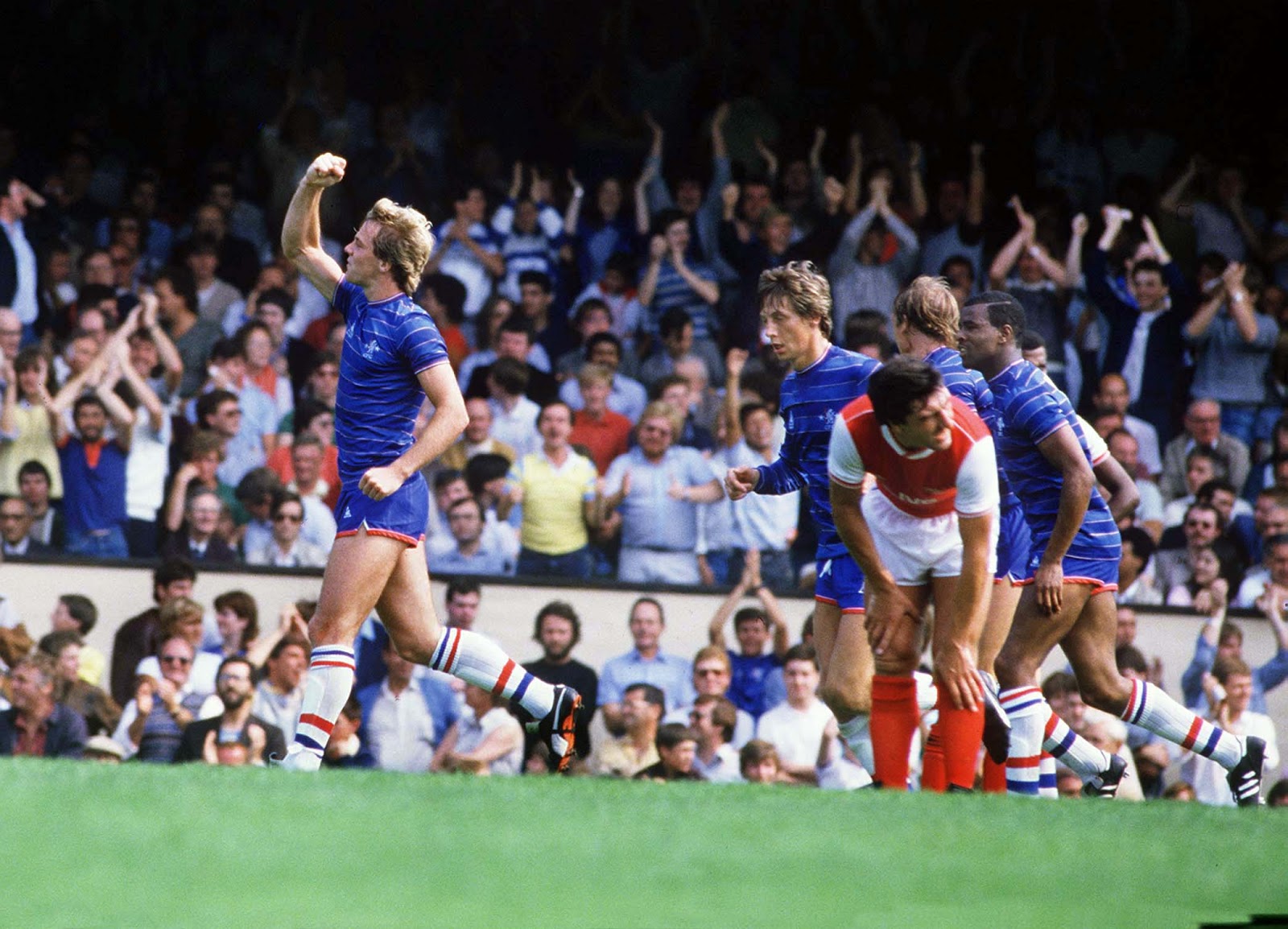 To illustrate the difference in the two squads its good to take my initial point in this, and lets be honest: tiring preview, about our season more or less being dependent on one of their players deemed not quite good enough for their squad scoring goals. They have so much filthy money stolen from the Russian people in the confusion post perestroika that they can buy some tremendous footballers. This isn´t a sly jibe like others aim at them by the way, I don´t care anymore â€“ not in a world where I read on the same day that Facebook have paid nineteen billion dollars to buy a jarg text app and that Rooney is to be paid three hundred thousand pounds a week for playing football while most of you are struggling to meet the cost for a ticket to watch him. If you want any more examples of capitalism being doomed then perhaps follow Michael Moore on twitter as that´s my lot.

Up front Eto´o is fresh from making the next ten generations of his family considerably wealthy thanks to his dealings in some of that very same Russian money. When Anzi fell apart then Chelsea came calling. Heâ€™s towards the end of his super career but can still do amazing things with the ball so he´ll have to be watched/kicked/hoped that heâ€™s more preoccupied with his diamond encrusted Jimmy Choo low tops on this particular match day. BOI! Or hang on it could be Demba Ba.

Is Lampard still playing? Possibly not the moomin faced hank but this Eden Hazard is now the particular flavour of the day and at present could rip apart a defence with self confidence issues merely looking at the football and imaging what he´d like to do with it. Itâ€™s a well-known fact that Hazard was created by someone spilling water on Juan Mata who then proceeded to pop out identikit other attacking midfielders within two minutes flat. The other remnant of this unfortunate accident is Oscar who could start also behind the striker in that attacking trio that teams are currently fond of. Probably the talented Willian will complete that three and send assorted beauts like BBC Live Text wild with their intricate play and snazzy moves. Don´t let the commentators spunk over them at our expense please Everton â€“ get Barry down their Achilles within four minutes flat, or McCarthy stamping on their coloured boots.

How much do you want to bum some of the curling girls? 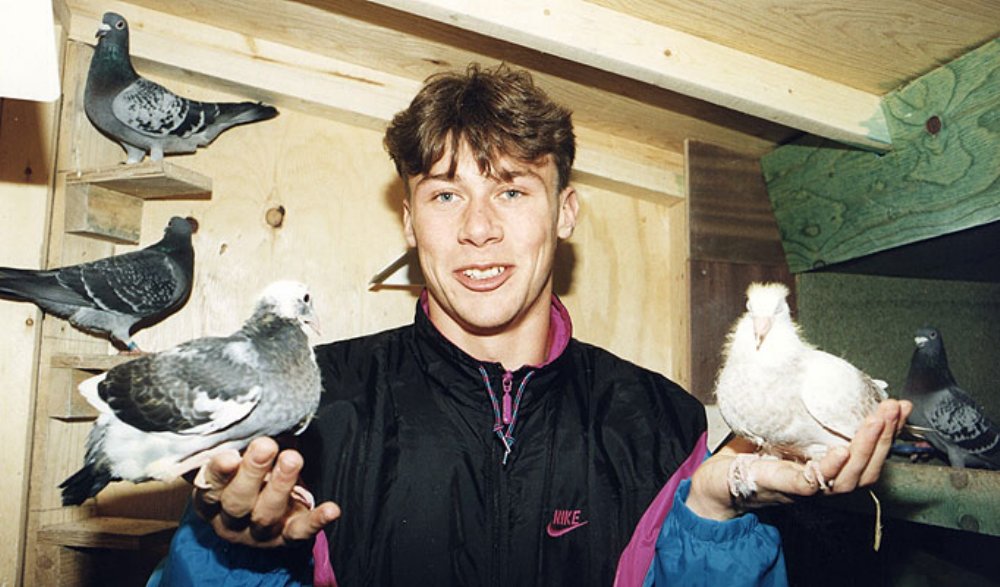 Defence? Yes please. The most wool looking central defender of the modern game Gary Cahill will partner John Terry if heâ€™s fit. Iâ€™d be optimistic if a half arsed Lukaku was playing for this, alas not. Two full backs who are boss at going forward but a wee bit suspect at the back not that you´d find out as they´re camped in our half will accompany them along with Petr Cech. Good team that and explains why they haven´t lost at home in the league since the fall of Constantinople.

Were going for the double over them in the league this year though â€“ have that â€“ and judging by the comments from players and manager alike this week no one is under any illusions about how big this game is.

Up front thereâ€™s a decision to be made of if we persist with a not very sharp Traore or plump with the in form Naismith. I´d go with the latter personally as his chinâ€™s up playing in a central role and heâ€™s more likely to score, which we´ve already established twice is very important here. A sign of the returning players from injury is not being so sure of who will play behind the striker. I think Pienaar and Mirallas are shoe ins but the other can be out of McGeady, Barkley, Osman or Deulofeu. So whatever happens we will have options from the bench anyway.

Barry and McCarthy are not as influential/dominating as they were for the first half of the season but its to be expected with there being no credibly replacement for either of them until Darron Gibsonâ€™s stem cells kick in. Up against a midfield of Chelseaâ€™s talent this isn´t the game to be resting them either.

Alcaraz is fit for now but still think you´ll be able to guess the back four, so much so I won´t even mention them. Nor the keeper. And that is the Everton of 2014 primed to play Chelsea.

With all the best will and positive thinking in the world â€“ itâ€™s a big ask. A really big ask. I should be signing off with some words to stoke the can-do-fire before the big game but really would it make any difference? Does anyone even read these?

You still wanna be the best Everton? Yeah me too â€“ so do us a favour and beat Chelsea will you.