By GrandOldTeam
Match Previews
8 years ago

â€œEverton corner from the right to, left-footed by Hinchcliffe….AND IT COMES OFF THE DEFENDER AND INTO THE NET…Matthew Jackson was up inside the penalty area, skimmed of the top of one of those heads, I think Jacksonâ€™s claiming it, Everton are in the lead here at Elland Roadâ€ 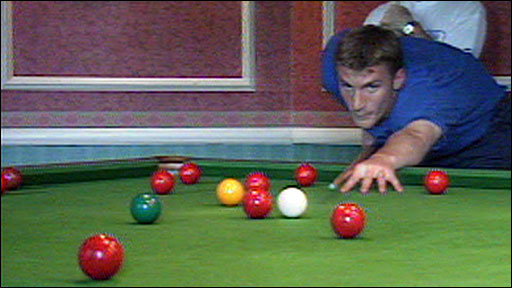 Aye Aye lad, what do we have here? A potential moody away tie against lower league oppo in The FA Cup? The ghosts of Port Vale and Shrewsbury still haunt but surely we wonâ€™t create another one in Stevenage, right? Anyway, thatâ€™s a negative start to a preview, Iâ€™m going to turn it in and behave like our uber-positive manager now. Weâ€™ll snot these. They are bottom of (in old money) Division 3 and most of the ground will be Everton. Those Gwladys Street North-Face Ninjaâ€™s have been ringing up the Stevenage ticket office putting on posh accents in order to see the match in the home end, played lads.

So, what about our opponents? Weâ€™ve of course played them already this season in the Milk Cup, only just getting through in extra-time. When I think of Stevenage I think of when they gave Newcastle a bloody nose a couple of times. I remember Giuliano Grazioli humbling them in the 90s in this very competition. Theyâ€™ve climbed the leagues in recent seasons – after being Conference mainstays they are now in League One, the highest league theyâ€™ve ever been in as a club. With FA Trophy wins in 07 and 09 they have cup pedigree. They have been this far in the Cup before too. In fact, they reached the 5th round in 2012, holding Spurs at home in a 0-0 draw so pack it in with any complacency Everton. Oh and pack it in you GOT reader, as if iâ€™m going to research their players, formations and who theyâ€™ll play, who do you think I am, Opta Joe? 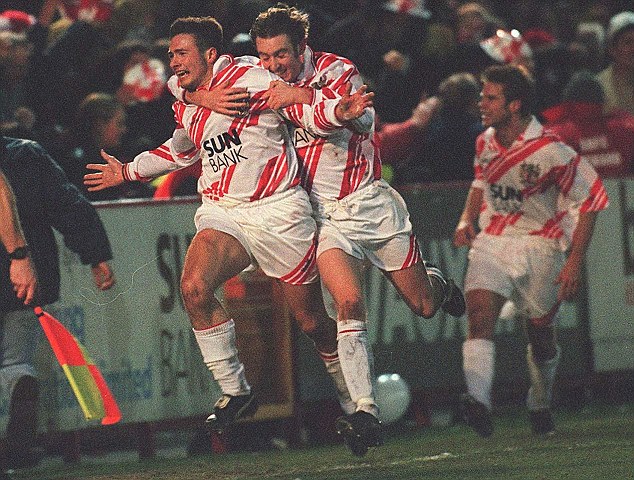 To the mighty blues of Everton then. Been a little bit â€˜hmmmmâ€™ hasnâ€™t it? Without doubt the poorest weâ€™ve played since Martinez came that against West Brom. The most disappointing thing was the lack of effort by some. Bar Kev Mirallas and perhaps Oviedo, we were nothing special were we? Monday night screamed â€˜needs freshening upâ€™ to me and we are led to believe movement will be made in the transfer window this month. I fully trust our manager by the way in that respect. He said the same thing that he did in August, â€˜we will be stronger when the window shutsâ€™ – he didnâ€™t lie then, donâ€™t see why he will now.

This is a big week of course as the Derby is on the horizon, so team selection should be interesting at Stevenage. I think we will go with a majority of full strength, perhaps with a few fringe players given an opportunity, but Martinez will have Tuesdayâ€™s game fully in mind. I can see cup-keeper Robles given the nod in nets. Stones will be given the nod ahead of Hibbert at right back in the absence of Coleman to a hamstring. Incidentally, whatâ€™s with the injuries at the club currently? Barkley, Deulofeu, Coleman, Pienaar. Ahead of a derby as well, Everton that. Barry & McCarthy will continue in the middle, they have to really, because even though they were uncharacteristically poor against WBA, well, theyâ€™re just boss. The rest of the team, well it will be interesting to see.

Iâ€™m really looking forward to this game. A few years ago we played S****horpe. It was a brilliant brilliant day. They were very welcoming to us and it was classic FA Cup, Big Boys vs Underdog. It is why we love the competition in this country and Iâ€™m hoping this will be similar. Another trip to another ground and a great opportunity for Everton to progress to the 5th Round, which is where you can really start to dream.

Last words, just relax lads. Weâ€™re still only 6 months into Roberto. Momentum Martinez is a wonderful thing and there will be a few bumps along the way. I was as annoyed as anyone on Monday, but seriously, a draw at West Brom and we are disappointed. That is the standard this new regime has set. We arenâ€™t satisfied with just being decent anymore. This manager of ours has not only instilled great positivity, but has given a whole fanbase a mindset that the greatest IS achievable and that we SHOULD expect it. It may take a while, but for the time being, enjoy that you can go the match an be entertained in the process. 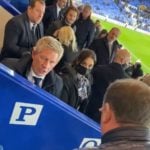