Ok we made to Christmas. Phew. Come in, take your coat off and hang it out to dry. Cold out there huh? Well done lad, well done indeed. Didn´t think you´d still be around here at this time but hey what do I know? You seen what the Daily Mail are saying about you? Yeah I´d have words too or better still just leave them. Want a cup of eggnog?

Just six more points and were safe. Possibly before the turn of the year â€“ then we can get back to doing occasional ace things and being piped down by the media, dickhead self loathing opposition fans on twitter and our own manager. Oh wait, thereâ€™s been a change hasn´t there? Then pipe down everyone were having too fun to duck out of the way meekly now. That includes you yes YOU England.

Like a Christmas scene from Adrian Mole the rest of the Premier League are going to wake up tomorrow and witness Everton pure bombing it down the middle of the street without a care in the world on a bright blue gleaming chopper. Not one of them jarg Tomahawk ones but a full on Chopper with gears in the middle, the lot. 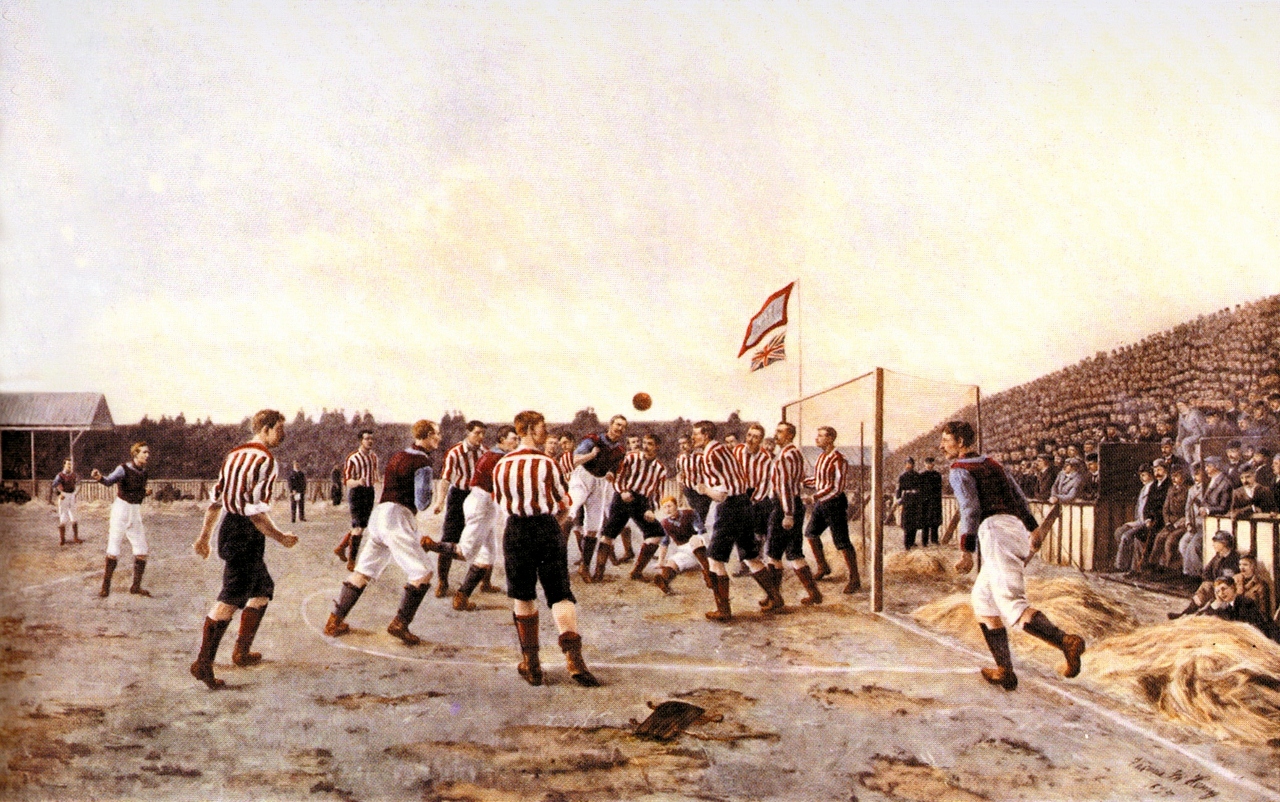 You could be excited because Everton are two points off the top of the league at Christmas, or that weâ€™ve only lost one league game in seventeen. Or that we have the best defensive record in the league conceding less than a goal a game (but dat Wigan let in 107 goals last season lad). Or maybe were unbeaten in the calendar year at home. Or were sexing the football around the pitch like thereâ€™s no tomorrow.

All of that really plus maybe a wee bit more.

Swansea was tremendous for all the reasons you know. We were hardly out of second gear yet had more than enough to take the points at a canter. Albeit leaving a bit late until Ross Barkley decided to free the crossbar of the raindrops dripping on their keeperâ€™s head, being the courteous homely motherâ€™s boy he is. And what thanks did he get? None thatâ€™s what. More of Ross later â€“ but not too much later as this isn´t going to be a long one. Sunderland head into town on Boxing Day served up as some sort of plumped turkey for the starving masses. Here we are sat at an oval table with side leaves up and all. Get a move on. They´re bottom of the table while were swatting aside all ahead of us.

If Everton take three points out of this then colour me so very surprised. We´ve had our lot now â€“ like in a good dream where you wake up in the middle of the actual dream and know that your increasingly conscious self is gonna drift out of this utopia at any minute. Waking up moments later under a minty quilt and an awkward erection in your Ethel Austin boxies.

Sunderland are onto another manager, I barely can keep up with them. The new man at the helm is Gus Poyet who looks perpetually like someone has just dropped one on the public transport heâ€™s sharing. Yeah yeah we can see you don´t like it. Loosen those face muscles, man, or open the window.

The centrepiece of their attack is Jozy Altidore on which mention of his name itâ€™s appropriate to snigger at the back. Heâ€™s gonna be their big lump up front with his back assaulting our defenders with his back hoping to make the ball stick. Willing benefactors of that ball sticking are the two wide men Giaccherini and hot transfer target of the year for over ambitious clubs 2011 Adam Johnson. Impressed so far? You betcha.

Want to go toe to toe with Evertonâ€™s three in the middle? Course you do Sunderland â€“ then welcome onto the pitch Ki, Larsson and the rum little bastard Cattermole whoâ€™s got it in his head that heâ€™s third cock of the Premier League and has to keep up appearances every week the fat little sh*thouse. I hope our midfield do some targeted piping down of the chubbly little runt.

Theyâ€™ve got some problems in defence with Wes Brown out and fellow United drop out John Oâ€™Shea struggling with a shoulder injury. File your teeth while youâ€™re at it John. Petulant other little sh*thouse Bardsley is at full back with Celuskta or something on the other side. Mannone in goal.

On having spent all of four minutes trying to research Sunderlandâ€™s team I know see why they´re deep in it. Thatâ€™s one horrid transfer policy. Still, I may have been dismissive towards Sunderland but were Everton and we know better than that, I just hope we´re up for it because if we are then we could get a few here.

Sunderland will bring decent support hopefully and by that I mean decent in numbers and lids. It would be amiss of me to preview them without referencing how preferable they are to their queg near neighbours in the north east. I include lots of teams in that truth be told but none more so than Newcastle. I´m apathetic to pretty much any team other than Everton but I hope they drag themselves out of it, we´ve been there and thereâ€™s plenty more teams I want to buzz off getting relegated other than them. I´m sure the no Sunderland fans reading this will appreciate it. You can probably second guess the Everton team which wonâ€™t change much from Swansea although on saying that I suppose with the pile up of games coming thick and fast there may be a rested player or two. Not that we can much with the injuries we have.

Someone has turned off Lukakuâ€™s gravity resulting in there being a forcefield around him bouncing the ball away if played into him at more than 27mph. Its only a temporary thing but he needs back in the goals over these few games coming up. Mirallas â€“ free from the tall eyed glances of Deulofeu on the wing reverted back to being the ball greedy nine year old who brought his own ball into school. Pienaar on the other side predictably was quiet after me bigging him up last preview out.

Our midfield are ace. Really ace. Barry is playing on a stream six seconds ahead of everyone else so he knows where the ball is going to be played and positions himself there before swaying gently to the side and laying the ball off. McCarthy is a pain in the arse running round all over the show and putting the ball here and there.

Then thereâ€™s Barkley looking every inch like a local lid with his new haircut. Heâ€™s just got it hasnâ€™t he? Were lucky to have two talents come around like this in the space of one decade and inevitably the bellwipes of media are trying to talk him away from us. All that is needed is for him to turn it up for England and destroy some lesser team and the nation will lay a claim to him and want him in an approved top four club. I should sweat but Ross seems a little bit different, he gets it. Do you think that free kick would have felt as good in other colours celebrating in front of a couple of thousand looms? Course it wouldnâ€™t. So enjoy him heâ€™s ours, and not yours, and is gonna do all sorts of wrong things for the foreseeable future in a royal blue shirt.

Distin and Jagielka are central to that best defence in the league â€“ obviously someone will tonk us and we´ll never see that stat again so its got to be quoted wherever possible. Baines is due to return but weirdly will not be too confidence of dislodging slick haired Bryan who continues to look ace at left back. Even when defending. Coleman is boss and if you need me to point out why then you haven´t watched much of Everton recently. A bit of Ketsbaia for the celebration too. Is right. Everton that. Tim Howard in goal.

Want to continue to buzz off awkward acknowledgements of Everton near the top of the league? Then you got to put to bed the bottom team of that very same league when they visit Walton. No drama just stuff them. Maybe that isn´t the Everton we know but it would be the Everton we love. Insert Turkey leftover joke here.

So that´s the size of it then. Boxing Day at 3pm at Goodison Park within a win of being league leaders. Everton eh?