Its not been a phenomenal beginning to the season but then times of change often never are. Were only three games in so can that lid stinking of turps at the back pipe down please?

As far as opening scenes go, its steady but not on the edge of your seat. I think thatâ€™s going to reign true for the season, as football has entered the era of â€œprojectsâ€. Kill me now.

Weâ€™ve been by large the better team in all the games weâ€™ve played but not got the goals to match our domination â€“ new Everton meet the old. Its going to take some time and thereâ€™s no guarantees of a happy ending but what can we do? Weâ€™re playing some nice togger with some ace players in the squad but the unfortunate backdrop is that as blues were not the most patient bunch, but no mugs either.

The WBA game was a turgid affair and the type of match that will be played out again and again with us involved this season, opposition team knows weâ€™ll struggle to get back two banks of four so they sit deep to frustrate us and hit us when we commit too many men forward or one of our defensive players thinks they have the range of Lothar Matthaus before gifting an over eager but limited striker a golden opportunity on goal.

In a way its like jarg Colin Harvey days where our previous manager has left of their own accord instead of being forced out and the successor has to take his team, get them playing his way and then push on to success which is no easy matter as our previous manager will also find out this season.

Apologies if it seems an air of doom in the opening paragraphs â€“ weâ€™ll get round to pointing out how the opposition are bad teds very soon â€“ but it was disheartening to see on the forums and social media (admittedly not the great bastions of acute support) during and post Stevenage more than a few rumblings at the manager and some of the new players. Take Kone for example, one full game and heâ€™s being called a terrible buy and sh*te? I´m no one to instruct other blues but come on lids, turn it in. I get the in game fume too but put the keyboard away if those innermost demons end up on your screen. Whatâ€™s our name?

This Saturday rounds off the opening trio of games before the sh*ttiest timed international break of the year, and the competition is smoking hot on that front. A trio of games it has to be said that were kind on paper, so the pressure will be cranked up to get a result so were off to a decent start â€“ that most desirable of beasts for a new manager.

And what a treat in store, a new ground and different city to explore for you match-day-Marco-Polos in the capital of Wales: Cardiff. 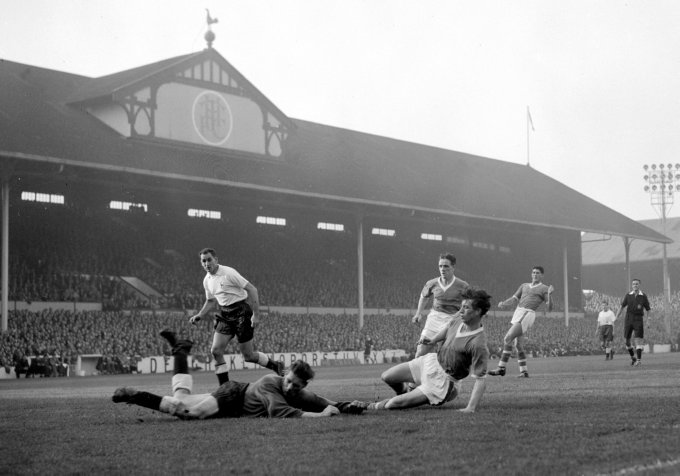 Cardiff has done well in recent years for a number of factors, similar to Liverpool modernising a handsome city and making it a hub for bell Stag and Hen parties, building one of the best new build stadiums Iâ€™ve been lucky enough to visit in the heart of the city instead of an out of town mall complex. Their biggest achievement though has been f*cking off the kopites after the tedious pubes tried to claim it as a second home, to show their short lived ability to reach cup finals, but happily swerving the thing they want the most â€“ the league.

It really is a sound city to visit and spend some time, its easy accessible, decent enough locals and the guaranteed hospitality of the cock loving local girls. Iâ€™ve only been for rugby (sorry there like) and not the footie so I suppose there will be a few cranks whoâ€™ve got Danny Dwyerâ€™s Football Factories on speed dial on their hard drive lurking about on the day, but once these nuggets puke all over their Travelfox and go home by eight then the city is indeed all yours.

We draw a lot of support from Wales so Ill eagerly tip toe around slandering an entire nation. Iâ€™m more of a fan of west of Cardiff towards Swansea and those parts but thatâ€™s like going over the north wall and where youâ€™ll need Jon Snow as an escort. Cardiff is the steroid taking capital of not just Wales but the western world. Rhys and Dai from Tiger Bay are so juiced up theyâ€™ll forget their own names. It is also infected with the rugby sub culture of men out drinking together behaving like grade A tw*ts, drinking each otherâ€™s piss and spit roasting the fat bird from the bar behind the back of the pub while high fiving and taking photos to show in the pint of mild smelling rugby club. F*cking dolts. Be glad we donâ€™t play much rugby around our parts.

Being recently promoted an all new to this division youâ€™re all going to get the out takes reel from Soccer AM with gelled up biffs ready to scream at us for not singing a song within the first ninety seconds of the game and point out how unemployed we all are, while theyâ€™re wearing adidas one stripe missing and t shirts by George. Brace yourselves tight, youâ€™ve been warned. Iâ€™m also not too sure how I feel about this whole playing in red thing. I think they went to the same design consultants as us but gave them ten grams of lemo while they came to their decision. Theyâ€™ve stood by and watched some dog eating loon of theirs change their entire culture and identity because 1) it makes them lucky and 2) he can. There were some mild protests but that seems to have been forgotten now theyâ€™re in the promised land of the Premier League. See that happening at L4? Nor me, Syria would seem small fry if someone tried similar with us.

They´re managed by middle aged housewife sexpest Malky Makay. That may be libellous but would you be happy with him whispering in your bird´s ear down the Catholic Club on a weekend? Like f*ck, the strong featured tit. They´re fresh from beating Accrington 2-0 midweek and a brilliant result at home to City last weekend. Tails up and that.

Lets be honest though if Frazer Campbell is bothering your defence then you´re having a bad day, even more so if he´s got little jumped up little perma-beaut-goblin Craig Bellamy providing support. Midfield is also nondescript apart from some overly aggressive Chilean called Medel which you late night Spanish togger watchers will know about, and Kim Bo-Kyung who´s exactly the player who raises his game to score goals against us.

Defence doesn´t get too much better, they spunked ridiculous money on Caulker but beneath the tittish contempt for their average players there´s a tip of the cap for them being a very well drilled outfit. It got them promoted too, they don´t give away many goals and are a difficult team to beat. If you was Martinez you´d be showing the players their team sheet and telling them to do what they do and they´ll have these. If only footie was that simple.

There were in hindsight thankfully wholesale changes for the midweek cup game which was sound as we ended up playing crap for nearly two hours.

One thing Kone didnâ€™t do was play himself into contention, heâ€™ll take some time. If we playing one up front then heâ€™s likely to be our best option which hopefully heâ€™ll show this season. In the meantime it might be an idea to play Anichebe as at least the ball will stick up front when we need it and heâ€™ll cause limited centre backs some problems. As delightful as Barkley is we might have to have a look at playing two up front at times this season as our strikers are better with a partner. Midfield does have some options. Gibson will hopefully be fit as we miss him paying the role he does, no one can do it quite like him at the club. F*ck knows if Fellaini will be in there or on our books, there is no doubt weâ€™d miss the big galoot and I hope he is but as time passes I get less arsed about footballers who donâ€™t want to play for us, f*ck them in fact, if that is indeed what heâ€™s thinking. Barkley is going to be jaded a bit by that run out and left the pitch worryingly holding his groin. Maybe thatâ€™s just the lid in him gravitating towards putting his hands down his trackie bottoms. Not good etiquette that Ross lad.

Pienaar was livelier against WBA and will start on the left, I canâ€™t help but thinking he might be an option in the middle if things donâ€™t get kick started as he is a capable playmaker and crucially adept at finding space, which weâ€™ll need to do with teams camped on their own 18 yard box. Mirallas will start on the right and I hope he hits form soon as we need his goals, but the Spanish wonderlid certainly didnâ€™t do himself any harm in the cup and we can expect to see more of him from the bench.

Distin and Jagielka will play in the middle of defence with Coleman and hopefully Baines on the left as the weird haircutted Oviedo is a poor imitation at left back at present, but will improve as time goes on. Heâ€™ll make a better wing back than left back though, so five at the back may be his forte which will pop up at some point because for all the good togger, our defence looks as safe at an under sixteen year old in a BBC studio in the seventies. Howard in goal.

The monotony of international breaks is subsidised by happy thoughts with a win before. Poor result here and youâ€™ll be swerving any Everton commentary you can for the first week at least. This isnâ€™t a must win game, thereâ€™ll be very few of them in a season of transition, but I just want to have happy Everton thoughts and the urge to watch Match Of The Day for Everton aceness.

So back to what was covered before, who´s got the better players? They will be right up for this and will be keen to put a cap on what could be a very good week for them. But that would involve getting the better of us and if they do that then we only have ourselves to blame. We should be beating these.

Get the f*ck into them Everton.