Like f*ck. You know whatâ€™s coming next donâ€™t you? Fighting for their lives QPR. This has got opposition striker hat trick running amok all over it.

But it shouldnâ€™t be. As bar the Wigan cup game (still pains like) weâ€™ve hit a bit of form of late with good timing. Ten points out of twelve no less.

The Spurs game was a disappointment in that we were in reaching distance of a huge three points but on the balance of play the draw was a fair result and itâ€™s not too damaging, mostly thanks to depriving them of the three points. Weâ€™re like a jarg Carl Cox on a Saturday night, right in the mix.

With a distinct whiff of spring in the air the chase is on for a European place of some sort which will make next season all the more exciting to look forward to, even if were likely to suffer a glib exit a-la-Spurs at some point.

Queens Park Rangers, abbreviated to QPR from this point in, come to town again in the process permitting us a full twenty months since their last visit and the dreariest of all season openers. Not unlike Syria, theyâ€™ve gone through mass upheaval and turmoil since then and again like Syria theyâ€™re currently deep in the sh*t. 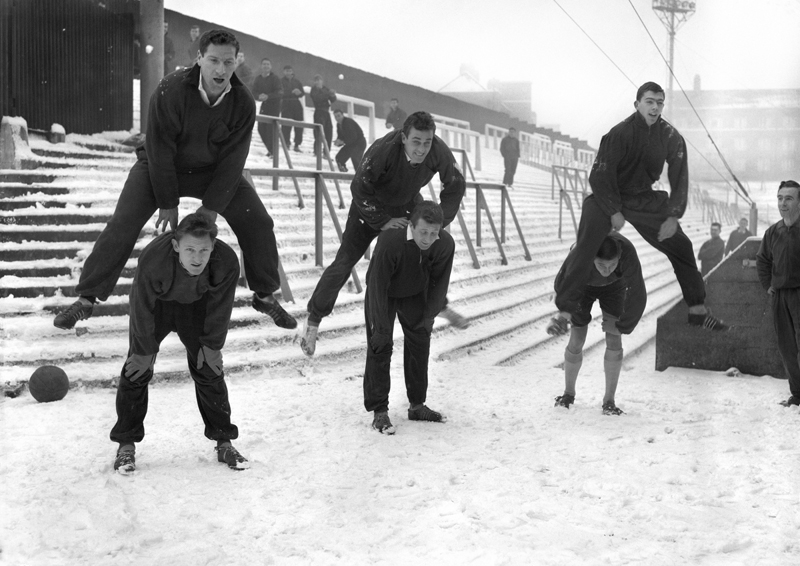 Most of us wasnâ€™t expecting them to struggle so much as theyâ€™d seemingly bought half the players that we were linked with but could never afford. Itâ€™s hard to pinpoint where itâ€™s gone wrong or why it hasnâ€™t worked but sometimes it just is like that. The modern trend is to declare a media and fan fatwah on the manager but thereâ€™s talented players there that should have done much much better. Theyâ€™ve only beaten one more Premier League team than Bradford have this season and probably pay double what we do for wages.

Thereâ€™s no hard feelings towards QPR from these quarters. Theyâ€™re a good traditional team with parochial local support and a lack of general tw*tism. They have blottled their copybook in the not arsed stakes with a holy trinity of belldom lately though by appointing 1) Mark Hughes as manager then 2) appointing that tit Redknapp as manager and 3) the cardinal sin of having loads of money while were skint. How dare they? Before you judge us, you can blame all this material envy on Thatcher, itâ€™s squarely her fault and you probably voted for her.

That owner Fernandes is a beaut too. All open necked shirt and tweets and open media days but the smug Miami Vice wannabe must be fuming at the amount of money heâ€™s pissing right now. The QPR fans Iâ€™ve met have been sound so I hope once theyâ€™ve had a great cleaning of those currently associating with the club that they sort things out. Roy Wegerle used to be boss and I miss beating them 3-1 at Goodison.

Zamora is suspended for this game, thatâ€™s a loss and no mistake, but itâ€™s Loic Remy whoâ€™s been a rare bright spot for them this season after only signing in January for eight million pounds. So far heâ€™s netted five goals in eight games and makes me weep for last seasonâ€™s Jelavic.

The last thing weâ€™ll want to do is to let that Taarabt in their midfield get his tail up as heâ€™s not short of talent, maybe just of substance and brain. Itâ€™s a solid midfield with Mâ€™bia and Jenas in there, and probably Townsend on the right whoâ€™s not a bad player at all and on loan from Spurs.

I could do a half arsed review of their defence but all you need to know is that itâ€™s got Clint Hill playing in the centre of it. He really isnâ€™t all that. Obviously miles better than Iâ€™ll ever be at footie but then Iâ€™m not stealing a living as a Premiership footballer. True to two dogs style heâ€™ll be in the ear of our centre forward trying to snide them out of the game. That might work on a seventeen year old lad in the I-Zingari but hopefully Anichebe smothers him with his gigantic back. Heâ€™s partnered by Samba whoâ€™s hit the goldrush just right in Russia but has been plop since he returned to England.

This is going to play out a scenario for us that we wonâ€™t like. Corners and set pieces are going to be like being stuck on a level of angry birds. The same repetitive balls will be launched into the box and their various grocks like Samba will be experimenting with subtle variations in order to bring our house down. We need a goal or two early doors to swerve that anxiety. That same anxiety that makes the arl fella two rows start losing the plot and putting the sh*ts up the players.

Bosingwa and Fabio are sound full backs if you let them get forward, hopefully the Baines and Coleman axis of aceness will take the initiative here. Julio Cesar might be in the sunset of his career but still remains a fine keeper. And thatâ€™s QPR for you.

Weâ€™ve got some players back so quite which team gets put out I donâ€™t know. All I know is that up front if Fellaini returns behind the striker then that striker at present needs to be Anichebe who is one of the big bonuses of this season all told. He is turning into a handful up front, someone made the comparison to the aforementioned Mark Hughes last weekend and I can see that. Hopefully heâ€™ll keep the effort and confidence up as you get the feeling thatâ€™s the key thatâ€™s unlocked his undoubted talent.

The midfield with Osman and Gibson has been competent enough but itâ€™s still missing something, from the former rather than the latter in my opinion. This is the type of game where Osman has got more talent than those heâ€™ll be against in the middle so hopefully he can shine. Pienaar has been missed and with some luck heâ€™ll bring that creativity we can sometimes miss. Mirallas has negated the loss of Fellaini and Pienaar by gradually turning into quite some player. Some lids just have it and it would seem he does. I love watching Everton players with all that natural attacking intent, heâ€™ll be huge if were to snatch a European place. 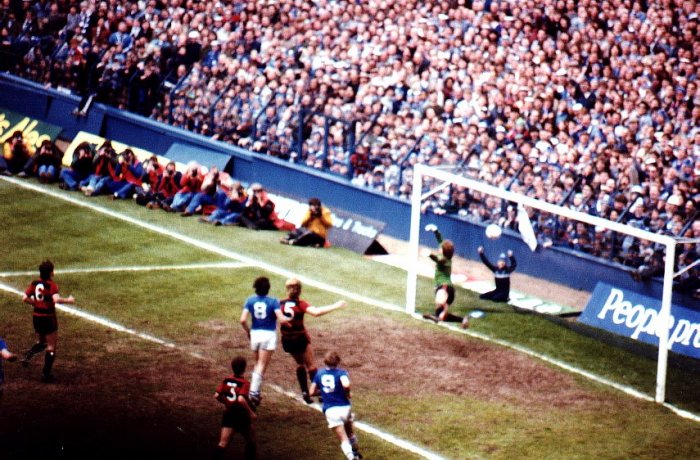 Itâ€™s going to come down to three in two not going for central defence. Unfortunately thatâ€™s bad for Heitinga as QPR do have that aerial threat and in that game of anxious angry birds heâ€™ll a less assured option that Jagielka or Distin. Coleman and Baines as mentioned before will need one of their productive games to keep QPR pinned right back. Howard shall be the goalkeeper as Jan Mucha wistfully looks on from the bench, brow furrowed beneath a planetarium of a forehead.

Time to push on Everton. The beginning of a big week where we play three games and at the end of it we need to still be right in there, if not a little tighter. Put some pressure on those above and theyâ€™re simply not all that. On looking at the fixtures youâ€™ll notice that by the next time Spurs kick a ball we will have played three times. We could be exerting some pressure or getting buzzed off with games in hand.

Itâ€™s down to how much we want it. Were probably not good enough to go out there and win every game but the fanbase will be incredibly understanding if we give it a real go. No half arsed chess games but a street smart Everton snarling into every tackle and looking to bum defences with attacking intent.

In a week where champagne corks have been popping over Merseyside over the end of someone who denied us Europe in the past, it would be nice to do our thing and hope for a brighter future. Right into them blues.