A break is as good as a rest. Whilst no Everton on the weekends does moderate the stress levels a bit it also makes them a bit dull. So itâ€™s back to it this weekend, with the season entering the final furlong. EV-ER-TON.

The City game was brilliant. If we were creating an Everton Soup then it had all the ingredients: smug rich opposition who try to sneer at us CHECK. Dickhead snidey players who fall over through static electricity alone CHECK. Referee giving us nothing CHECK. Down to ten men CHECK. Everton up against the odds CHECK. Everton score late goal and prevail CHECK CHECK CHECK.

It was just what was needed too as a response to what passed the week before. Donâ€™t get me wrong Iâ€™m still fuming that Wigan will probably make a Wembley final and not us, that feeling wonâ€™t go away as itâ€™s another Everton f*ck up on a grand scale. But City give us a shot in the arm on why to be arsed about the rest of the season. Thereâ€™s still a glimmer of sound things to play for. 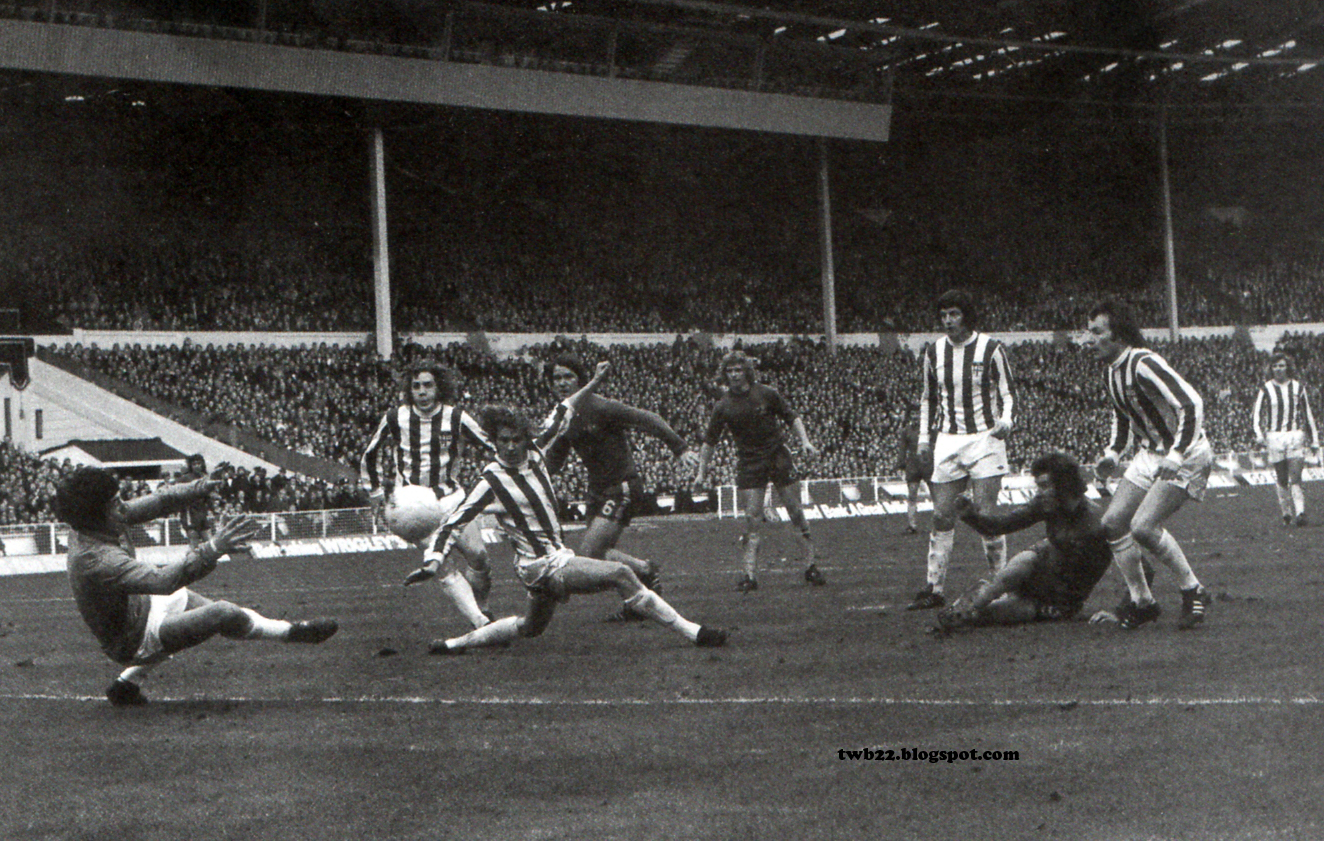 We´ve still got European footie to play for which would make next season a wee bit better. If not only for the golden ticket escape with the lids to whichever far flung place we made. If we got past the qualifier that is. On the other hand if we fail to make European football, a distinct possibility, then it would be like yer mar downgrading your Christmas clothes from Gansgear to Ethel Austin. Sure your mother canâ€™t tell the difference between a general purpose sports top from Ethels but as soon as you turn up to play three and in youâ€™re going to be ripped to f*cking death by the lids on the estate. All clothes from Ethels absolutely reek of Ethels. You remember that smell? It doesnâ€™t matter if you use double Daz, that top is going to scream trampâ€™s arse for at least two months and thereâ€™s about 100 kids that recognise itâ€™s particular scent that will make your life not worth living. But itâ€™s sound as yer mar´s just got a new Great Universal which means Reebok Pumps have been promised as a peace offering for Easter. Not one of them jam butty eating little tw*ts will be laughing as you stride up on a crisp, wet Easter morning massive basketball pump proudly proudly over the bottom of your jeans will they? State of your minty Travel Fox there.

This game concludes five consecutive home games on the trot. Weâ€™ve won three, losing probably the most important one but thatâ€™s so Everton. If we win this then it gives us three out of three in the league and some much needed momentum for that aforementioned tight finish. 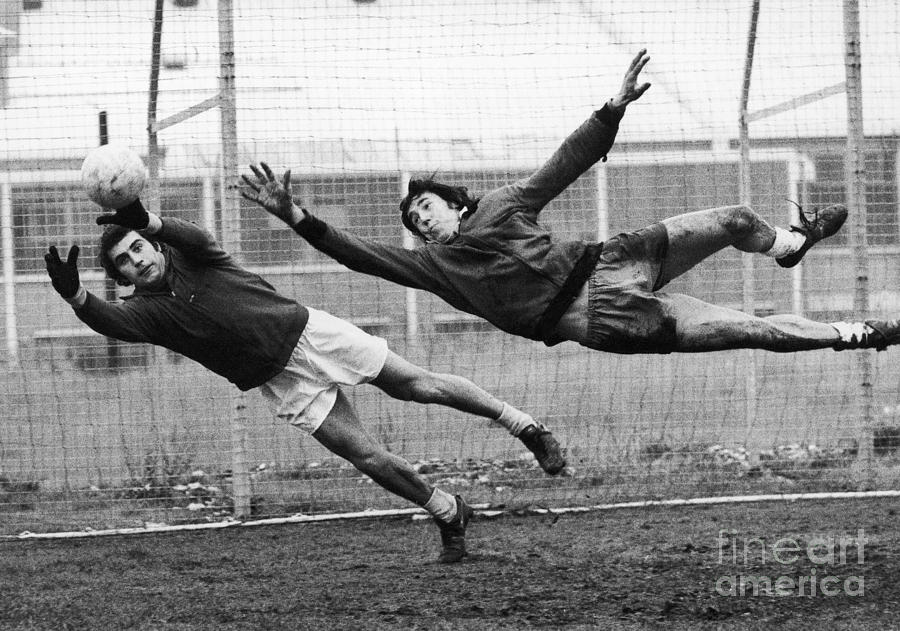 Stoke come to town having an indifferent season by their own comfortable standards. They have underachieved in the aspirations of their own supporters and many are currently mulling over the potential need for a change at the top to kick on. Soundâ€™s familiar?

Weâ€™ve been compared to Stoke City a few times, usually meant in a snide manner. Liverpool and England captain himself Steve Gerrard couldnâ€™t resist a dig after the derby where he ran the length of the pitch to celebrate a last gasp goal that never was and in the process made himself look an even bigger c*nt. Which is some doing.

Itâ€™s unfair on Stoke City that theyâ€™ve become a by word for limited, over aggressive long ball football. They battled their way up and have done incredibly well to stay in the top league for that length of time. Not to say they havenâ€™t spent a few bob. Theyâ€™re owned by some fella who owns a betting company and his personal profit funds his hometown club. The type of chairmen that used to happen in older better times.

Itâ€™s usually custom to rip into Stoke but theyâ€™re one of the clubs that get off with poor stereotyping and cheap shots about their upbringing from these parts as they are what they are and donâ€™t pretend to be anything other. A club representative of their working class area.

Obviously lets swerve the probably misplaced romantic notion for a moment as it is a town caught in an identity crisis and timewarp. For those with Capri Mark II or XR3i in Stoke are King. Bleached highlights and male earings all over the show. Daz and Gaz and Baz and big Eddie doing tequila shots in the local pub on a Thursday night and making toe curling quips at any unfortunate female within a five metre radius.

England tattoos covering half of the chest. Lonsdale T Shirts and a photo of Gazza crying above the slogan Thereâ€™ll Always Be An England. Meffy kids hanging round the local garages up to no good. A water damaged page 37 of Razzle blowing in the cold wind across the road. Sh*t meaningless graffiti. And Phil â€œthe powerâ€ Taylor, the convicted sex pest and simple faced beaut whoâ€™s been having a mid-life crisis for approaching fifteen years now. The most tragic of all bastards on these fair shores. Apart from that theyâ€™re alright.

Welsh Manager Tony Pulis has been there a while and got them stabilised in the Premier League which is no easy thing. It would be condescending to start saying thatâ€™s an achievement and they should be happy as thatâ€™s like people patting us on the head for finishing in the top eight. Stoke are backed with decent money.

Their style of football is non too popular but if itâ€™s so predictable and limited then why do so many clubs fall victim to it? Surely their world class manager and players of infinite skill should be able to overcome them? Like f*ck. Theyâ€™re not as bad as people make out. The one win in twelve league games statistic Iâ€™m about to throw out there may prove contrary to that though.

You know what youâ€™re going to get up front with Crouch, Jerome and bluenose Jon Walters giving the centre backs a working over and try and make the most of any ball put with altitude into the box.

Thereâ€™s usually some width in the form of Etherington or Kightly, a big summer signing from Wolves.
Midfield is ultra-competitive with Glenn Whelan, the ham faced dog, and Steven Nzonzi who was a target for us in the summer and has done well for Stoke this season. Not just for set pieces but for winning the midfield battle we could feel the suspension of Fellaini very keenly in this game.

They have a couple of big grocks in central defence. Shawcross, who took Fellainiâ€™s Kirkby kiss with good grace, is their packet of Opal Fruits, and recently American Cameron who by comparison is like Chewits. Bergovic is a fine keeper and heâ€™ll keep the sticks/smash into any our players who try to challenge him on a set piece.

A couple of suspensions are going to prove a pain in the arse for us so will be interesting to see if we can get around them.

Fellaini being missing from the Cahill position will be a loss as I referenced before. There´s a few options that Moyes can opt for. Either take the bull by the horns and play two up front, or choose Naismith or Barkley behind the main striker. Letâ€™s forget the last option as that probably wonâ€™t happen any time soon.

Anichebe has got his confidence up and is enjoying the best part of his Everton career at the moment. Heâ€™s always had the talent and frame to be a decent striker but it now heâ€™s matching it up with a real hard work rate. A pre-requisite for any Everton centre forward. Rightfully heâ€™s been preferred to Jelavic but with the Fellaini omission it might be one of the rare opportunities for them to play together. It sort of makes sense as between them thereâ€™s a contrast of styles that should trouble Stokeâ€™s stubborn but limited defence. It would be amiss of me not to reference how ace that Jelavic goal was, well in.

It could be that Naismith is preferred behind Anichebe. Naismith has had a tough time for some very average performances on the right wing but in fairness to him thatâ€™s not his position. Behind the striker is. Weâ€™ll find out if heâ€™s good enough over time.

Gibson and Osman done really well against City. Gibson in particular really stepped up and gave our midfield a set of cojones. Weâ€™ll need similar as thereâ€™s a chance we can get outworked and outgrocked by Stoke in the middle. The sides of midfield are going to be the problem. Pienaar is out for two games so the option to move Mirallas to the left is a big temptation but that would mean Naismith on the right. Pah. Oviedo with his Duran Duran hair could come in, as could Barkley but in reality Iâ€™m running a list of names when I have absolute no inclination of who it might be. Weâ€™ll find out an hour before kick off. A clean sheet was much needed and well achieved. Especially when itâ€™s Distin and Heitinga at centre back, the pair of them done really well as they have a tendency together to make me as uneasy as depositing savings in the Bank of Cyprus. Baines will be back from his England thing, and with it twenty articles about him going to United in the summer as he done well. Coleman was excellent from right back. He is really coming of age in that position. That run he done in the second half where he decided to take on the entire left hand side of City was brilliant and stuff like that when you have your back against the wall not just galvanises an angry Goodison crowd, but gives them a figurative semi on.

Mucha was another to come out of the game with a great deal of credit. He doesnâ€™t inspire me with crosses into the box, and Stoke will provide perhaps clarity on that, but could you see Howard coming off his life to block some of them chances City had? Neither could I.

So up to us really. Turn up and do our thing and we´re still in something. Any more dour half arsed performances and there´s a distinct danger of some of an apathetic air preluding a potentially very important summer for the club.

Enough of the words trying to make it out something dead important. In it´s simplest terms it´s all about them lids in the royalist of blues turning up and soccering the opposition off our boss little corner of Walton. It can make the dreariest of days instantly better. Over to you EFC.