Everton Football Club has revealed its new away kit for the 2012/2013 season.

The stylish black strip with striking yellow detail is the first Everton kit to be unveiled for next season with new technical partner Nike.

The shirt features a classic collar and is made from Nike Dri-Fit fabric which is lightweight and manages perspiration, keeping players dry and comfortable for 90 minutes and beyond.

The shirt is also part of Nikeâ€™s Considered Design programme aimed at reducing environmental impact, and consists of 100% recycled material.

This seasonâ€™s away shirt was unveiled for the first time on Wednesday to an exclusive audience of loyal supporters who went to every one of the Bluesâ€™ home and away games during the 2011/12 season.

The dedicated supporters were not only the first to see the away kit but also enjoyed the opportunity to speak with Chief Executive Robert Elstone and Blues legends Graeme Sharp and Ian Snodin.

The strip will be officially launched on 23 June with a special event at Everton Two.

The Liverpool One store is currently closed for a summer refurbishment and will be officially reopened on the same day that supporters can get their hands on the shirt for the first time.

The full strip is available to pre-order online at evertondirect.com now. It will be available to buy on 23 June at Everton One, Everton Two and online. 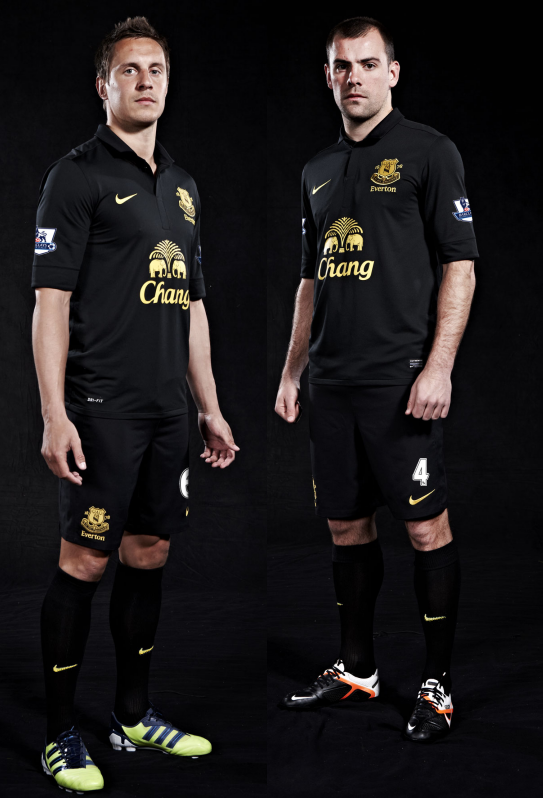