By GrandOldTeam
Everton NewsInterview
10 years ago

Tim Cahill has been chatting exclusively to GrandOldTeam about his most memorable moments as a footballer, his thoughts on Everton manager David Moyes and what he hopes to achieve beyond his playing days.

We also picked Tim´s brain on upcoming talent, asked if Tony Hibbert could be allowed to take a penalty and after learning he´d browsed GrandOldTeam in the past, we were able to ask the the all important, renown question we ask all new members in our forum – whether he liked pineapple on his pizza…which he answered in a methodical manner.

GOT: What is your proudest moment as a footballer?

Tim: For me it was definitely scoring at the 2006 World Cup for the Socceroos. It was an unbelievable feeling and to beat Japan 2-1 in our opening match was a special moment for me and all of my team-mates and the fans. The World Cup is the biggest stage of all in football and to score in it is something which I will never forget. My first derby goal against Liverpool was a special moment in my career too. The games between Everton and Liverpool are massive for the fans and I am glad that I have given the Toffees fans something to cheer about on a few occasions. 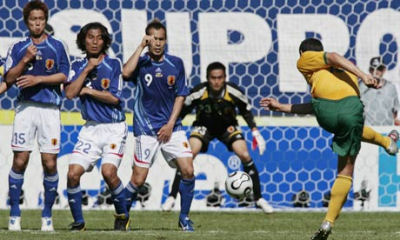 GOT: Do you have a most memorable moment as an Everton player?

Tim: Reaching the FA Cup final in 2009 is definitely my most memorable moment as an Everton player. The build-up to the final was fantastic and it was just a shame that we couldn´t win the match.

GOT: You´ve recently ventured onto the internet with your own website TimCahill.com (Which is superb!). There are plenty of unofficial Everton fan websites such as GrandOldTeam. Do you (or any of the lads) ever have a sneak peak of what fans are saying online? If so, do you have a favourite unofficial Everton website?

Tim: I have been on some of the sites in the past but I prefer to focus on what I do on the pitch. I think that it is great that these Everton fans forums exist and it is good to see all of the fans blogging on these sites and voicing their opinions of the performances.

GOT: Your goal against Blackpool was your 50th Premier League goal leading fans in our forum to discuss the possibility of you reaching a century. Can you do it?

Tim: Who knows! As a professional football player, this is something that everyone strives for. There are not too many people who have made it to the century so it would be a great honour for me if I could get there. I have got myself into great positions since playing with Everton and I am very proud that I have managed to find the net on 50 occasions!

GOT: Who, in your opinion, is the most talented footballer you´ve ever worked with? 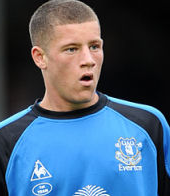 Tim: Ross Barkley at Everton is a special talent. He has been unlucky this season with his injury but he is an immense player with a great attitude to football. He is so mature for his age and I think he is going to be a massive asset to Everton and [the city] Liverpool in years to come. I have been lucky enough to have played with some great players in my career but I do not think I have ever seen a talent like Ross.

GOT: Can you name any Aussie youngsters you´ve seen around the paddocks who you think could one day step up for the Blues?

Tim: Terry Antonis is a very good prospect for the future. For those of you who do not know much about him, he is a 17 year old attacking midfield player who plays for Sydney FC. He is an exciting young player and I am sure that he will have an extremely succesful career at the highest level of the game. He grabbed some headlines when he was just 10 years old, winning a football competition on Channel 7. Since then, he has grown in confidence and grown as a player and I cannot speak highly enough of this young lad.

GOT:It´s the 94th minute. Everton are winning comfortably. We receive a penalty. Will Tony Hibbert be allowed to take it?

Tim: Great question! I hope he would take it because it would be the best thing ever for someone like Hibbert to take the penalty – and hopefully score! He is such a loyal servant to the club and one of the nicest men in the game. It would be great for all the fans to see Tony score too! We have lots of banter with him in the dressing room and I think he would love to shut a few of us up if he managed a goal!

GOT: From when you arrived here from Millwall, to where you are now, what would be the one thing that David Moyes has given to you in the form of advice or inspiration?
Tim: Moyesy has been very loyal to the club and I think I have learned a lot from him over the years. He is always there and is a constant source of motivation for the lads – especially when things are not going so well. He is always honest with the players and I think this has been important for us, as a team, in recent seasons. We have a great group of players at the club and I think this is largely down to the work of the boss – he has made some great signings and we all have a great understanding of each other which helps massively when you are trying to win matches.

GOT: You´re without doubt an Everton icon and fans would love to see you involved at the Club beyond your playing days. Have you given any thoughts to what you´ll do following your playing career?

Tim: I definitely want to remain involved in football – it has been my life for so long now and I don´t know what I would do without being involved in some shape or form! Management would definitely be something I would consider when I decide to call it a day as a pro. I have learned so much since I began playing in England and I would love the opportunity to pass some of this information on to other players and hopefully be a successful Manager and win some trophies!

GOT: And lastly, what are your views on pineapple on pizza?

Tim: Mixed! If they are overcooked, I don´t like them. However, I am a massive fan of Haiwian pizza´s so I would have to say that the answer to this question is “yes!” Although, you must be careful about how long you cook them for!