You'd think he rests Allan after a full 90 mins first up and gives Coleman a go to try and add balance and width. james back for Gylfi. Diamond gets another go. 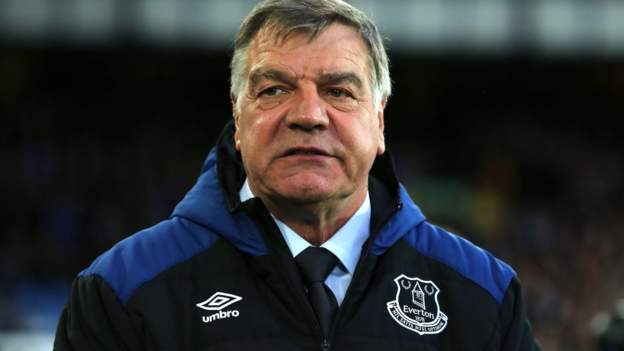 Sam Allardyce wishes he had been given the kind of financial backing his predecessor and successor have been given as Everton manager.

Gravy tits saying he got no financial backing at us, he spent nearly £30mil Also said he took us from rock bottom to 8th. Even tho the article makes it clear we were 13th and unsie did the work hes claiming credit for

Hes heard the lie so many times hes started to believe it himself. Hope we beat them so bad he slipsinti a bisto induced coma
Click to expand...

Whilst I doubt get would have been kept on after he had his chance to show he wasn't one of the most negative managers in premier league history and refused to change. We got to 40 points with like 3 games to spare and he still set out super negative tactics and formations. Quit whinging, you had your chance and blew it.

Don’t mess this up Everton. Door is wide open. Just walk through it.

Bullens Rd said:
No excuses for giving these a good old fashioned, passionate ass-whopping, let's be honest. They are ultra wham.
Click to expand...

They are the sides we struggle against!!
R

4737carlin said:
They are the sides we struggle against!!
Click to expand...

Saying that we do often seem to mess up our good chances to move up the table against "easier" teams and it would be typical if that fat bell comes back to haunt us again.
Z

We've got to set up to attack, we should be controlling most of the possesion in this game so we're gonna need to move them about and pull players out of their low block

I think we need Iwobi to play... otherwise no one will take on a man.

We are being set up for this one. Lose close or runaway winners no middle ground. It's up to the intestinal fortitude of the players fourth place the prize. How does Carlo get in their heads so we don't see Fulham 2.0?

This is a great opportunity to go 4th depending how the Cockney chavs and the Kopites game goes, which I can see being a draw. We really need to start to improve our goal difference at the same time because with the way the league is so tight it could be the deciding factor and missing out for that reason would be a travesty.

We need any kind of win here with no red cards or injuries...have to be fresh for Chelsea.

riddick said:
Whilst I doubt get would have been kept on after he had his chance to show he wasn't one of the most negative managers in premier league history and refused to change. We got to 40 points with like 3 games to spare and he still set out super negative tactics and formations. Quit whinging, you had your chance and blew it.
Click to expand...

He took over when we were 13th and got us to 8th, I think we had about 6 shots on target in 5 games.
Absolute dinosaur of a manager and the sooner he's extinct the better.

A man who prides himself on never been relegated hahahah
Lets hope we put a massive nail in his very large coffin tonight.

Martin Alvito said:
Leicester still has plenty of time to boot it like they did last season. United would have to have a substantial scoring drought for us to catch them, and we'd have to pick up the scoring pace. The latter is possible with the front line healthy, but far from certain. The former seems unlikely, but stranger things have happened.

People tend to underestimate the difficulty of making up points in the top half late on - top sides are there because they get a lot of points, and they usually continue to get a lot late on, so it takes a real tear to close a gap.

Most likely, our direct rivals are Chelsea with an outside chance of Leicester. Villa's now playing catchup with Tottenham, and Arsenal is all but dead in the race for 4th with so many sides in front of them that can go on a run. On form, Liverpool would probably take guaranteed Europa and run.

West Ham is its own special case, but my guess would be that they won't outrace Chelsea or Leicester. That said, their run-in is fairly easy and they do tend to take care of business against the bottom half both home and away. That match in May could be pivotal.
Click to expand...

Oh Jesus. The headlines will write themselves if Moyes does the double over us. We may win handsomely tonight but we've been unpredictable all season. Expecting the usual fume when the line-ups are announced.
Share:
Facebook Twitter Reddit WhatsApp Email Share Link